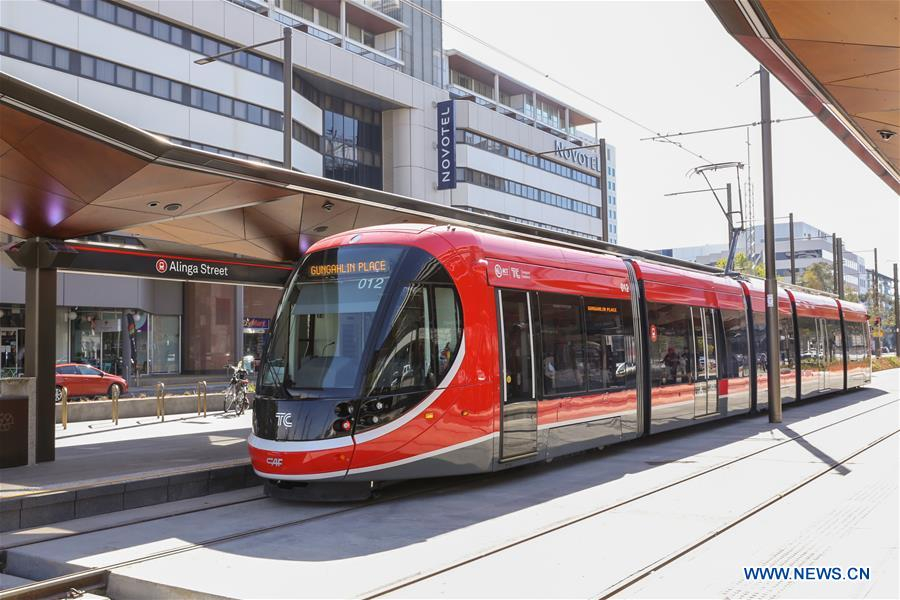 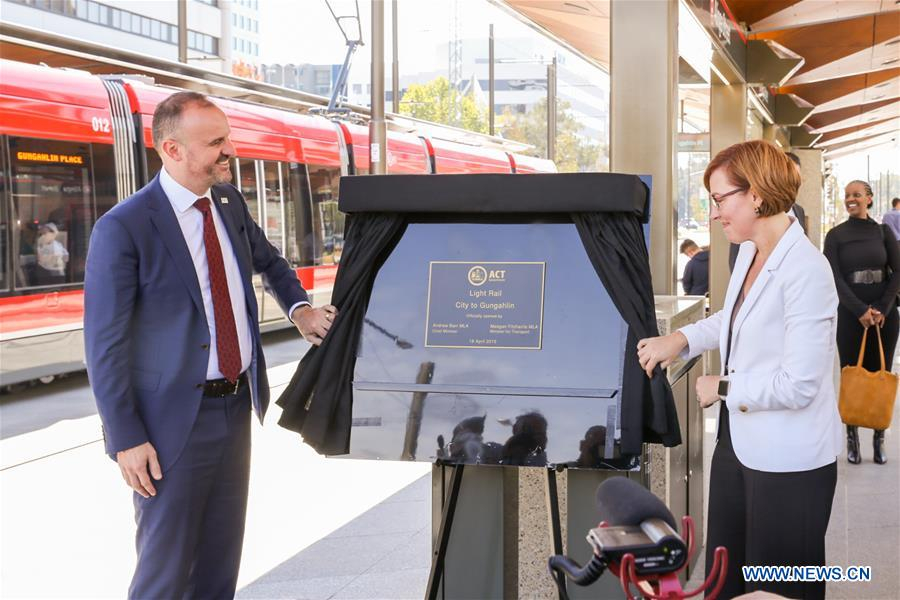 Andrew Barr (L), chief minister of the Australian Capital Territory (ACT), and Meegan Fitzharris, minister for transport in the ACT government, attended the unveiling ceremony for the light rail. 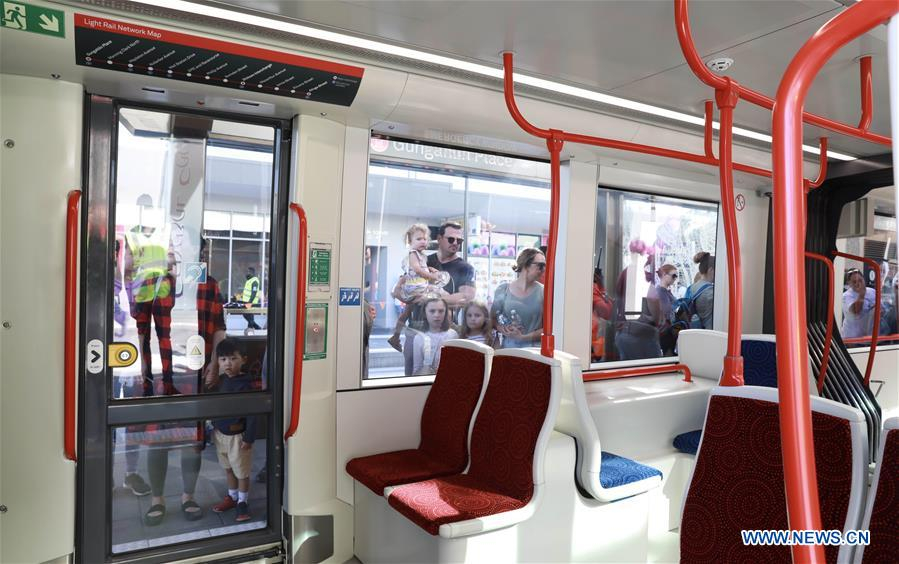 Serving the city of Canberra, it links the northern town center of Gungahlin and the Alinga Street in the city center, stretching about 12 kilometers with 13 stops. 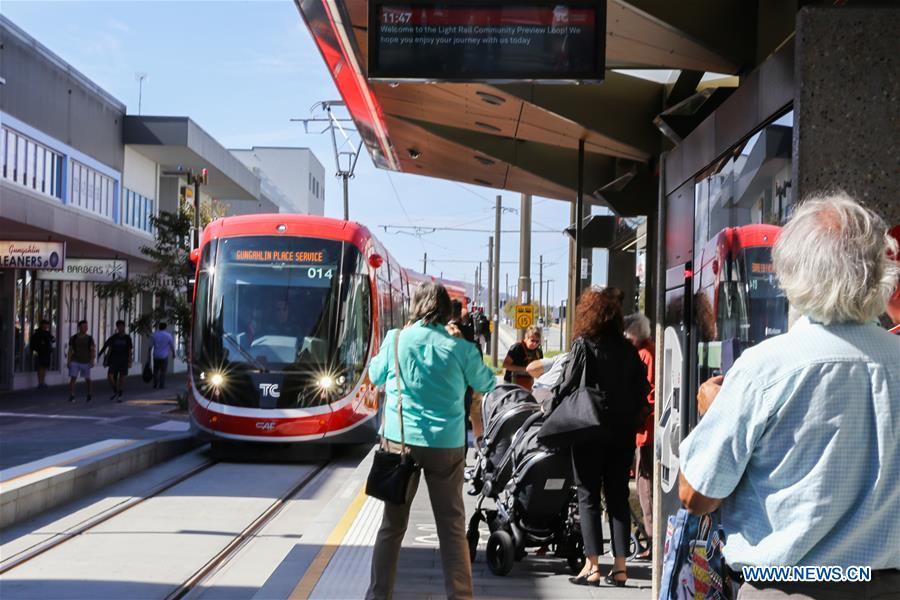 While the light rail has just began its operation, the idea behind it has been around for quite a while as Canberra's designers, Walter Burley Griffin and his wife Marion first envisaged the construction of a tram network for the city more than a decade ago.