PHOTOS Fishy going on in Toyohama! Explore the Sea Bream Festival in Japan

Fishy going on in Toyohama! Explore the Sea Bream Festival in Japan

Have you heard of Sea Bream Festival? It is an annual event held in Toyohama in Japan. Also named the Toyohama Tai Matsuri Festival, the festival's purpose is to pray for maritime safety and abundant catches. /VCG Photo 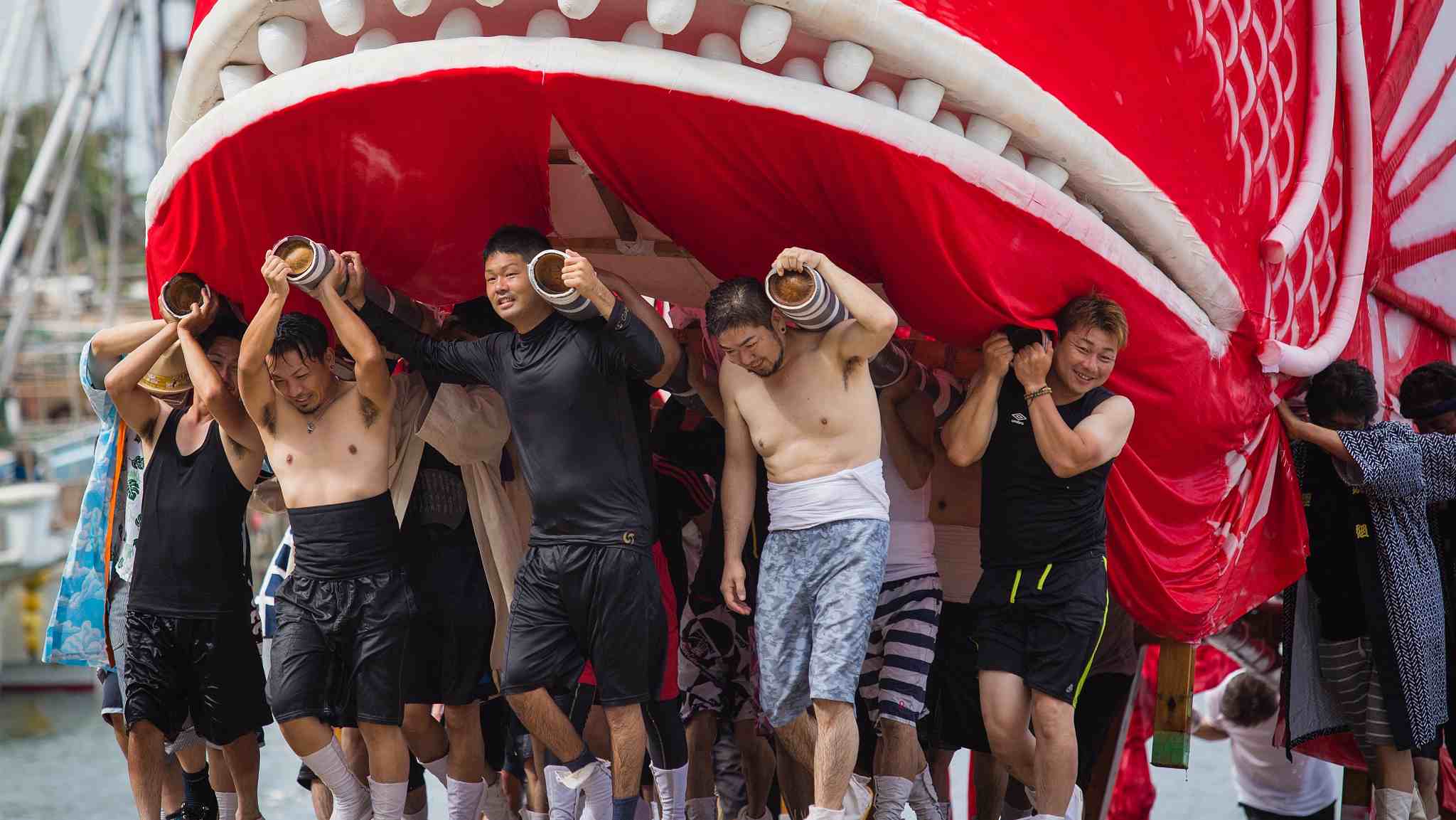 This year’s Sea Bream Festival was celebrated on Sunday. During the festival, a giant red and white bream, which weight about a ton, was borne by local young men around town and seaside. They wrapped the frameworks made of wood and bamboo with white cotton cloths to create the massive bream./VCG Photo 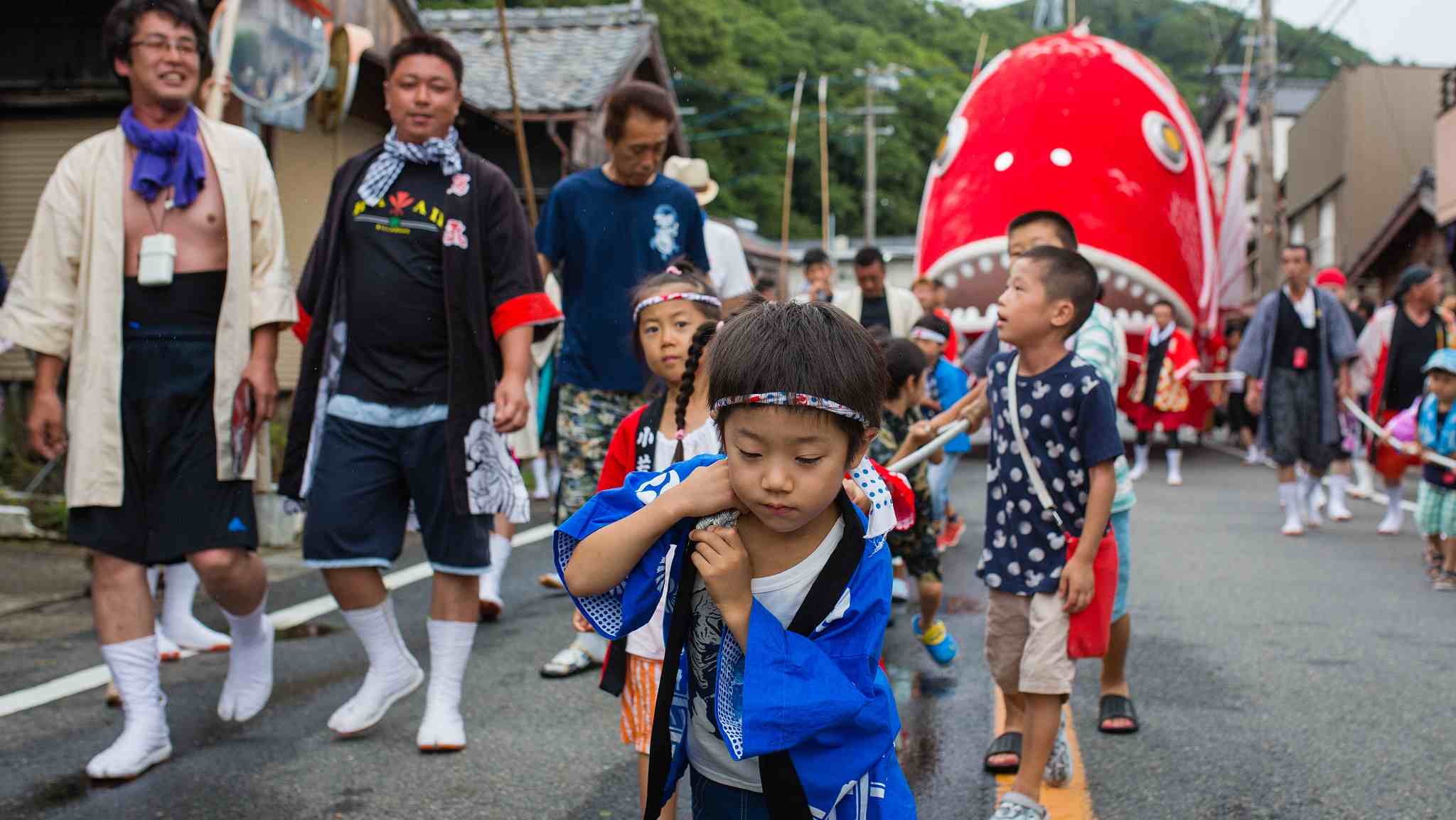 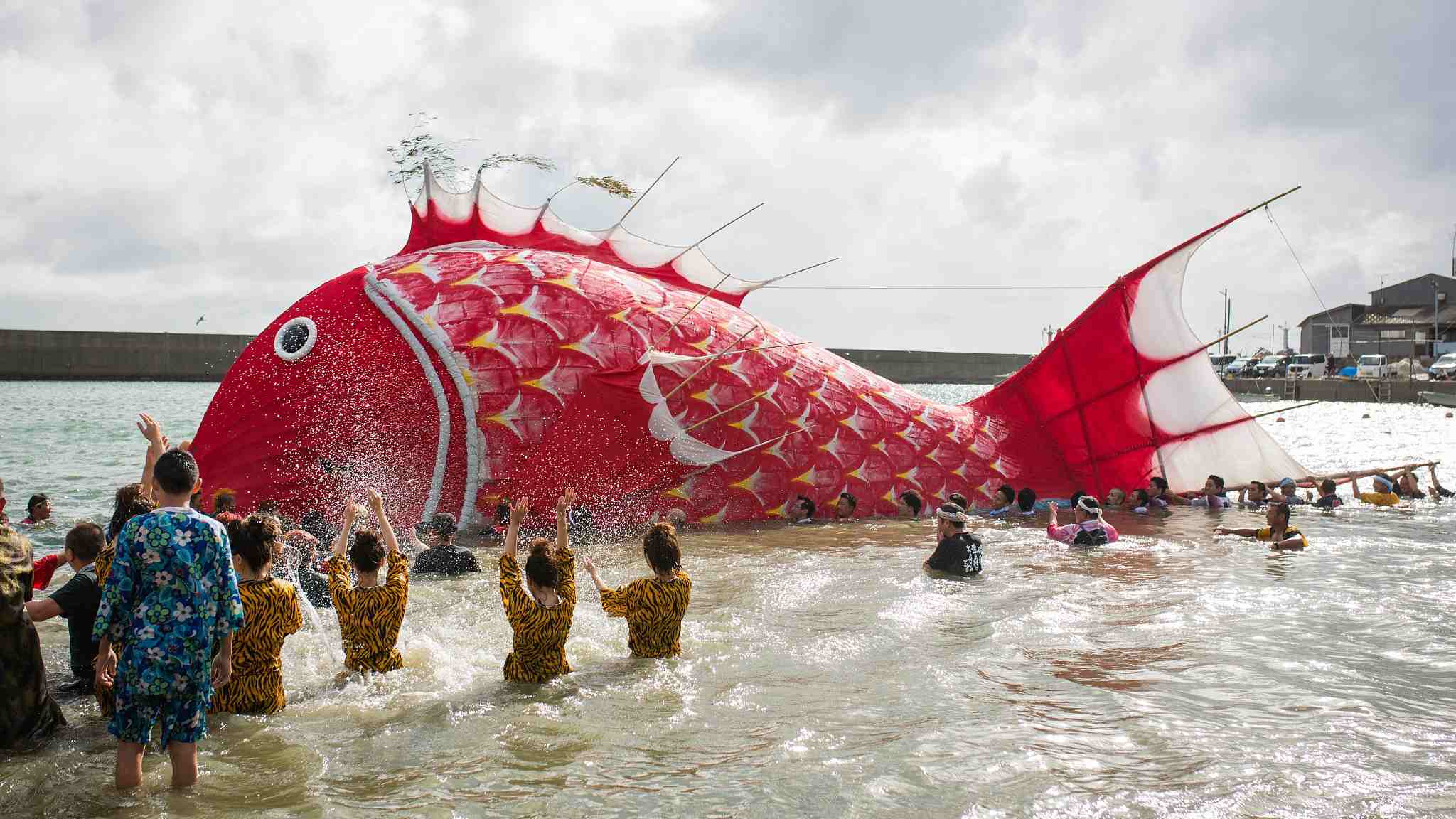 Sea Bream Festival is also called “the most bizarre festival in Japan.” These giant land-based sea bream are up to 18 meters longs and six meters high. They attacked each other in the sand and dust and were chased by naked men before returning to the sea. /VCG Photo