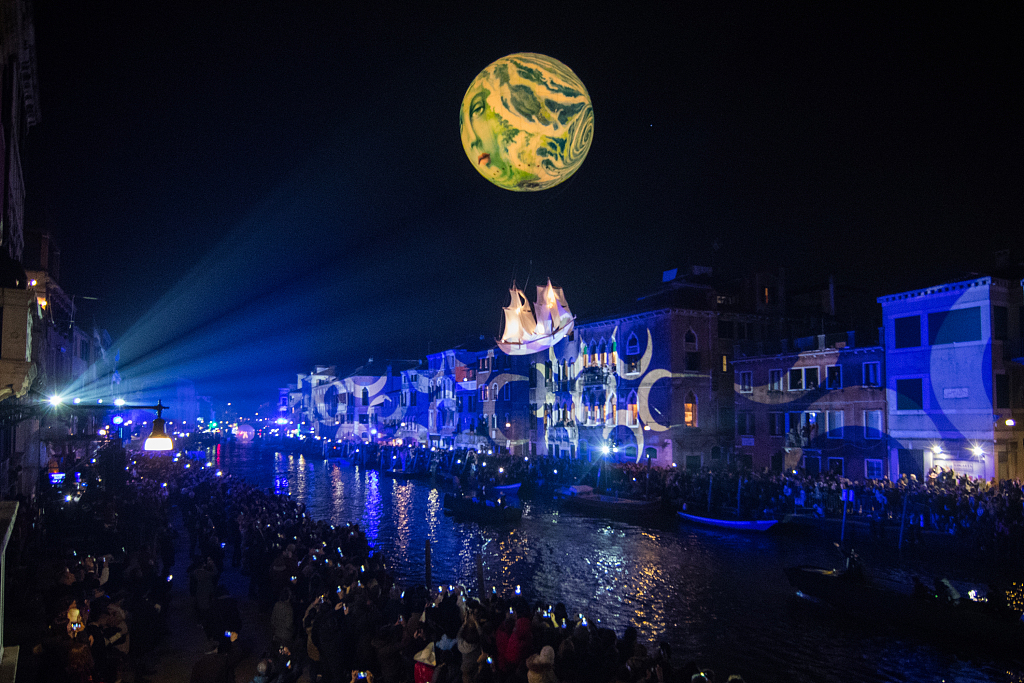 Performers sail along the Cannaregio Canal during the opening of the 2019 Venice Carnival on February 16, 2019, in Venice, Italy. “Blame the moon” is the theme of this year's parade to mark 50 years since man first walked on the moon and in reference to Shakespeare's play Othello, where the moon is blamed for driving men mad. (Photo: VCG)

An artist performs during the “Tutta colpa della Luna”or “Blame the Moon” festivities down the Rio di Cannaregio, one of Venice's famed canals, on February 16, 2019. Venice began its annual Carnival festivities with a floating, night-time parade to kick off more than two weeks of celebrations. (Photo: VCG) 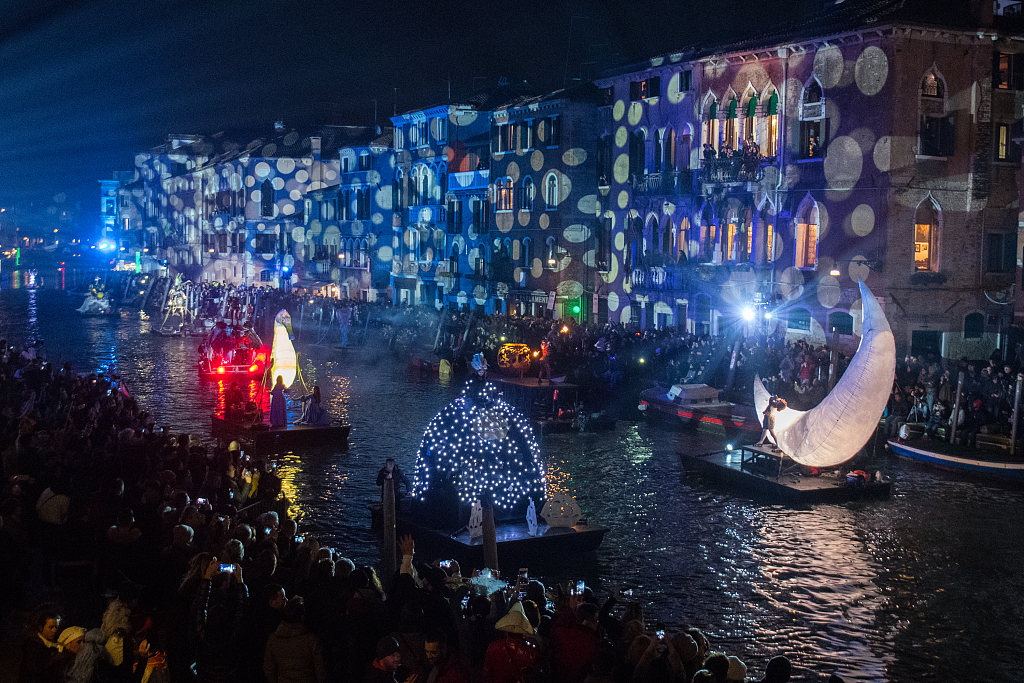 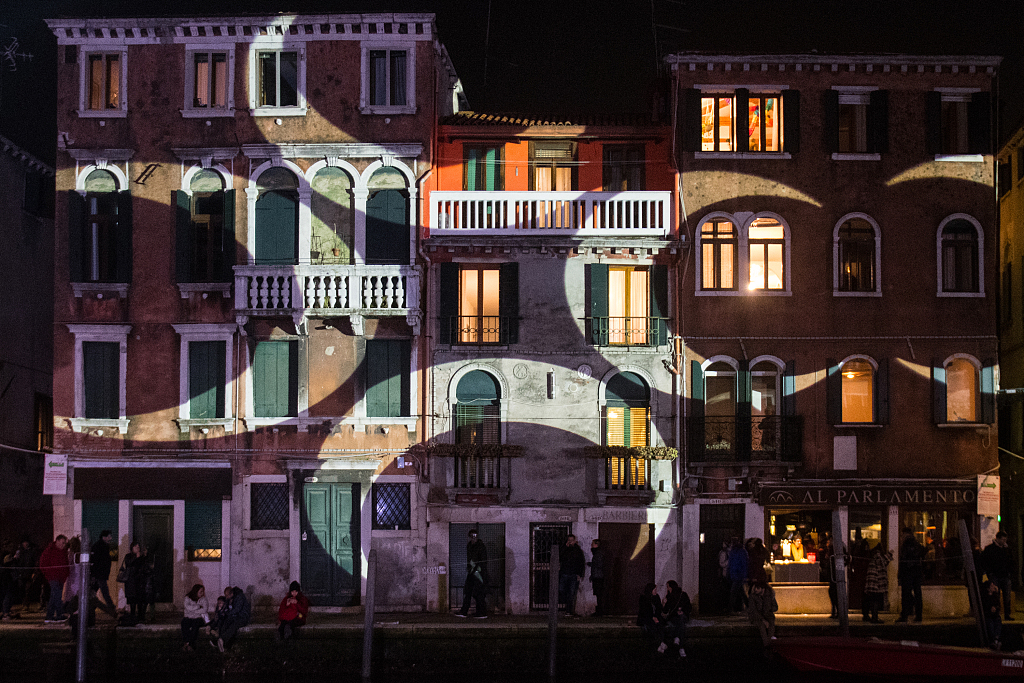 Light installations are projected on the palaces along the Cannaregio Canal during the opening of the 2019 Venice Carnival on February 16, 2019, in Venice, Italy. (Photo: VCG) 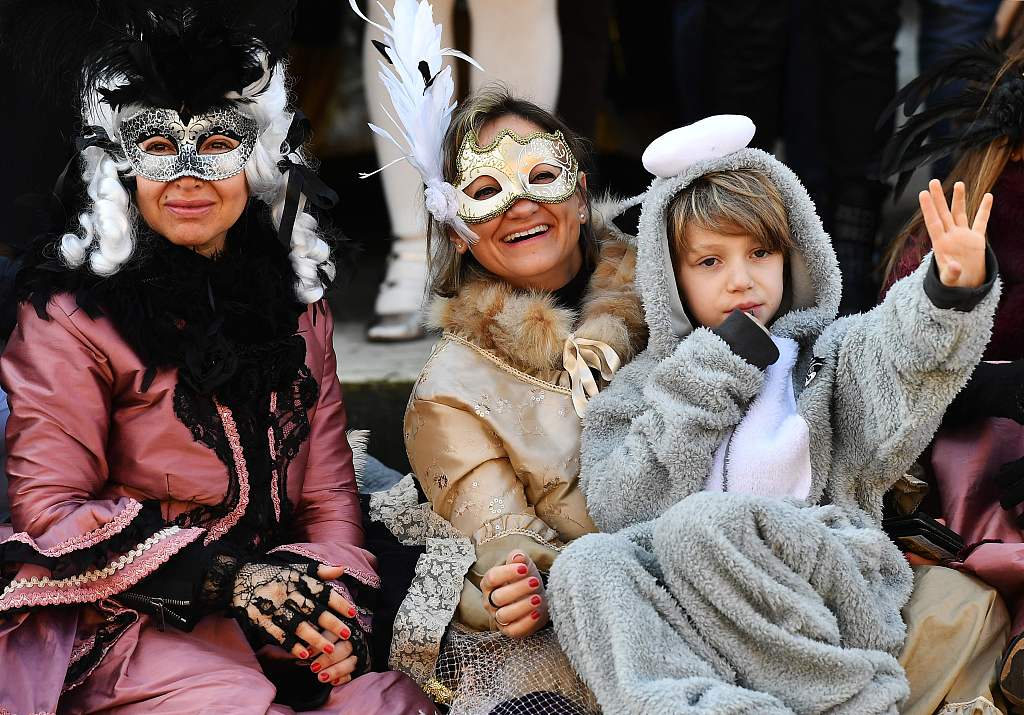 Carnival in Venice is the purest example of the perfect meld of tradition, culture and entertainment all in one, offering a chance of fun for visitors of all ages. (Photo: VCG)