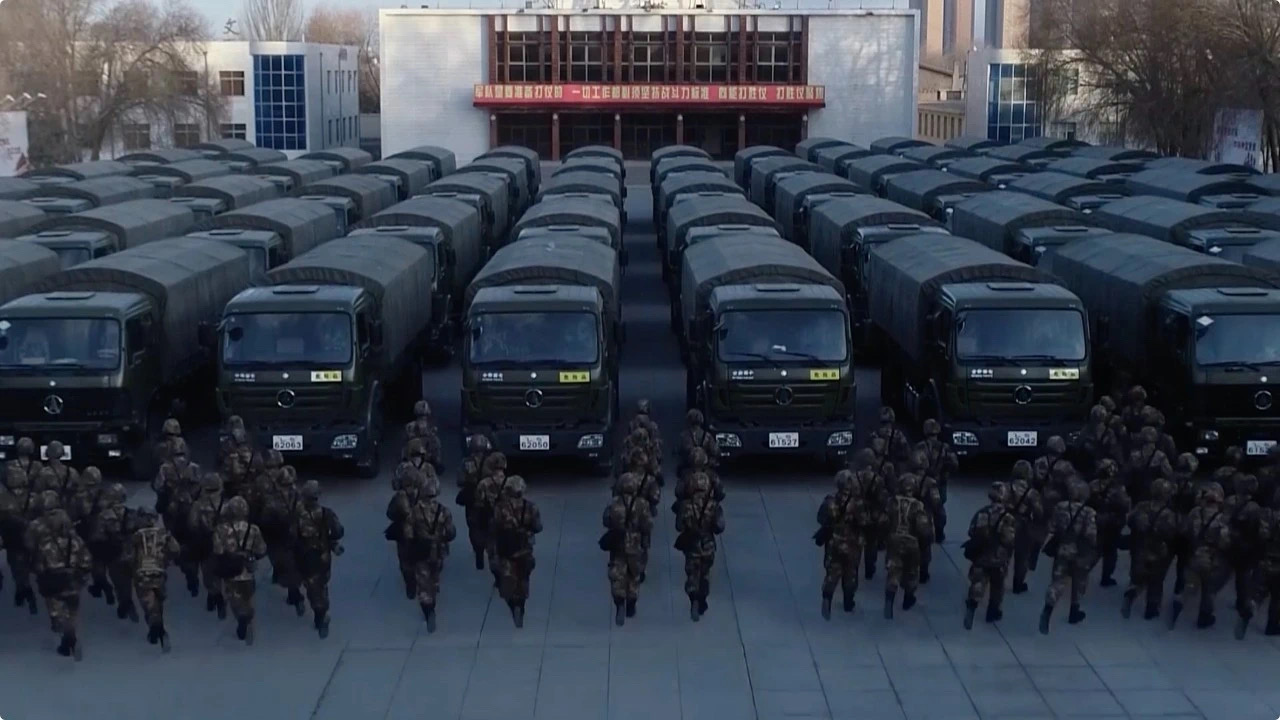 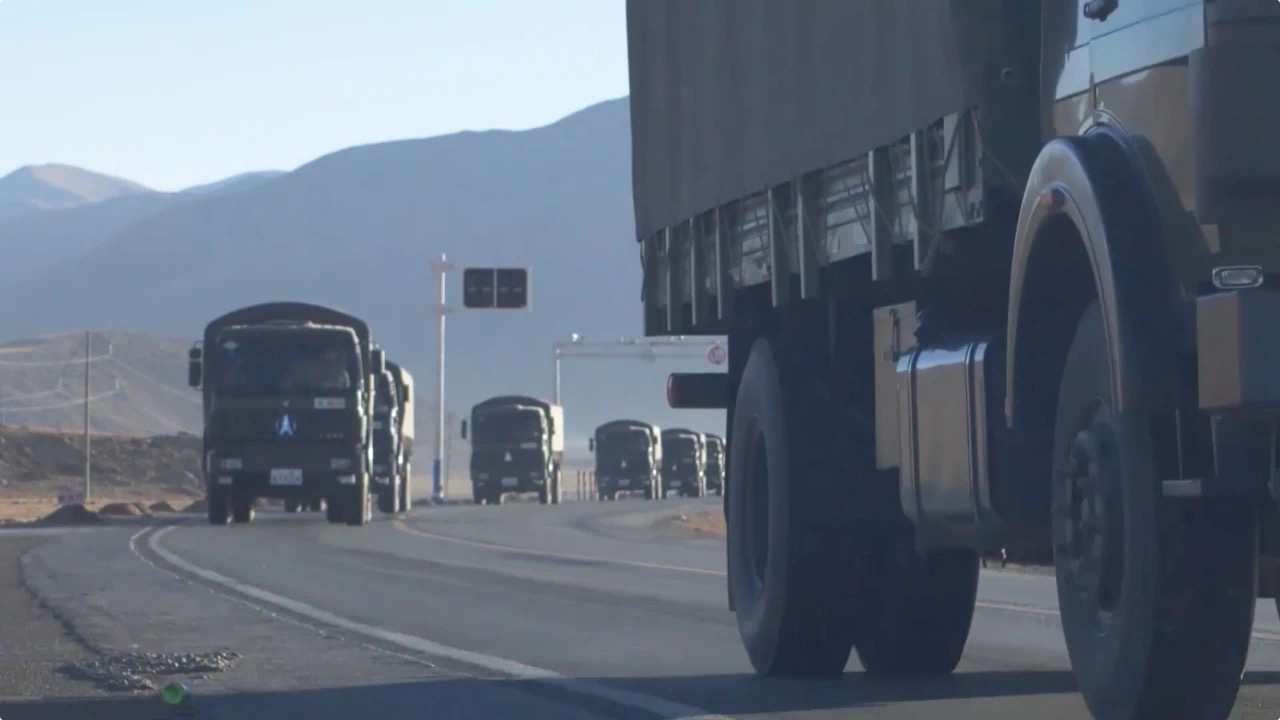 Departing from Golmud, Northwest China’s Qinghai Province, the fleet loaded with supplies climbed five snowy mountains at a height of over 5,000 meters and trekked over 400 kilometers of permafrost, deserts and unpopulated areas. 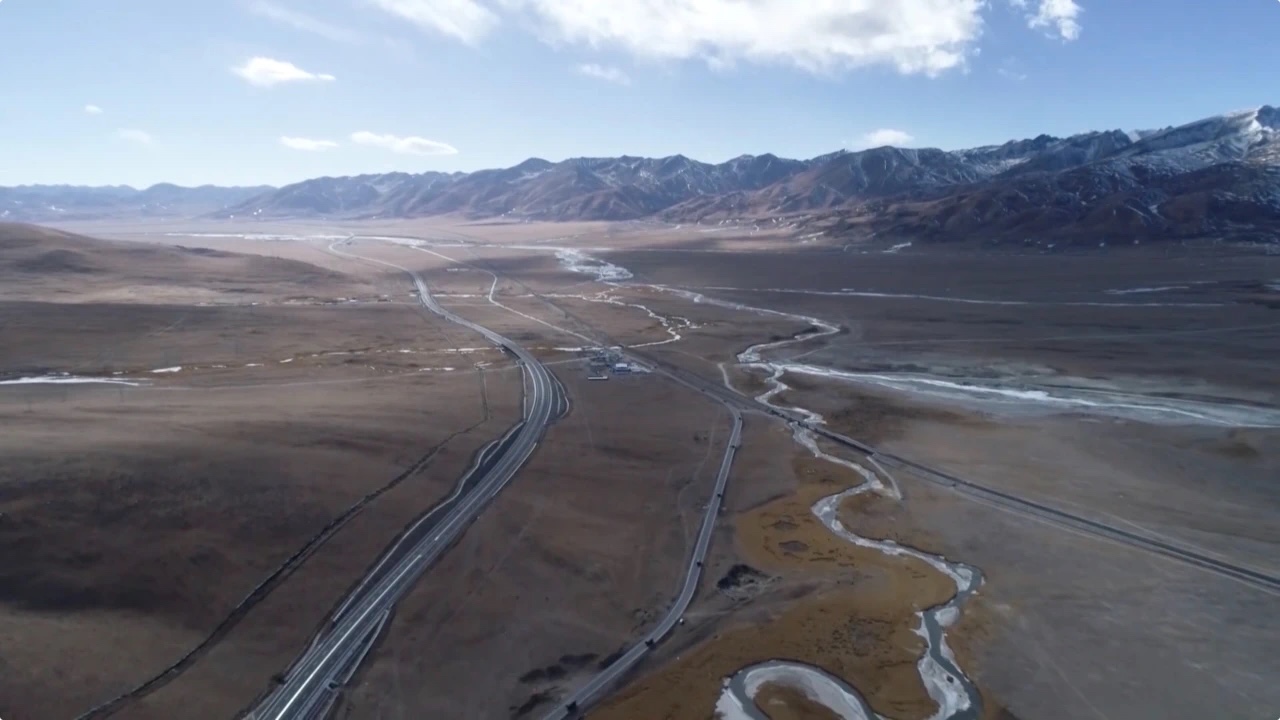 The arduous delivery mission was accomplished in five days before the new year to make sure border troops in Tibet can sustain themselves through the winter with enough food supplies. 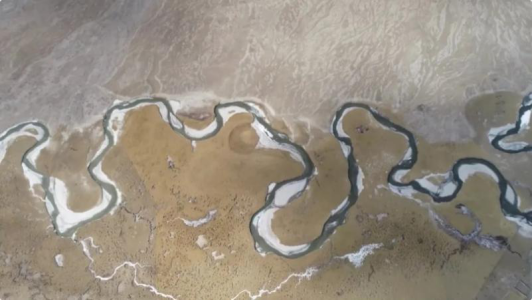 The Qinghai-Tibet Highway, also widely known as the “the Road to Heaven,” is one of the challenges the fleet faces. The road was viewed as one of the world’s most dangerous roads, with an average altitude of over 4,000 meters. 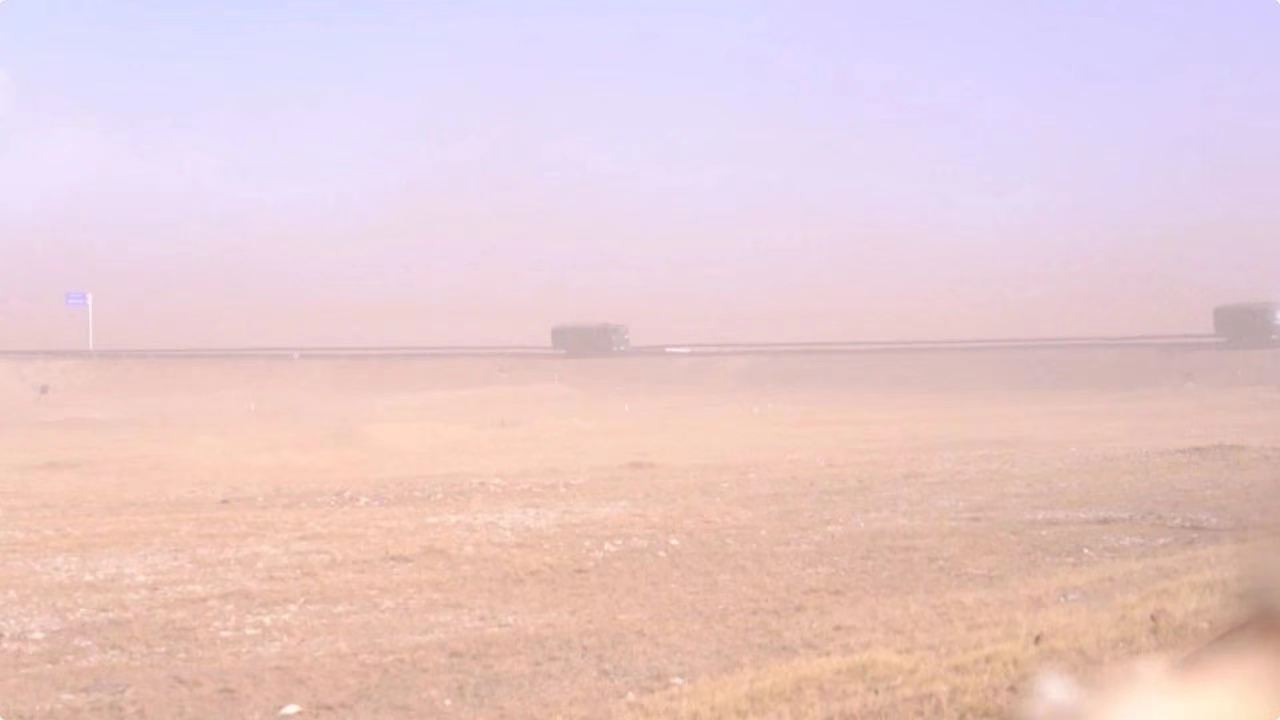 The fleet also made its way through the unpopulated area of Hoh Xil, a world-renowned nature reserve with an altitude above 4,500 meters in Qinghai Province, where the fleet met binding dust storms. 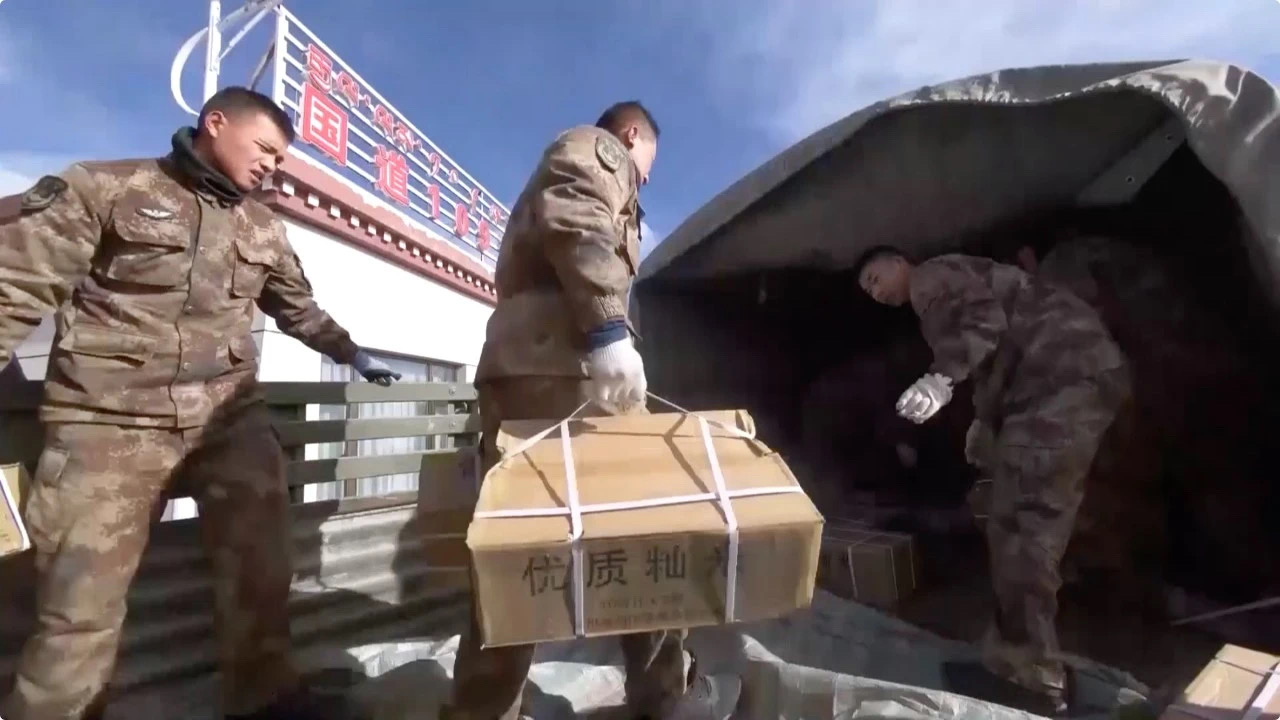 One truck broke down at an altitude of 5,100 meters on Fenghuoshan Mountain. Soldiers had to transport affected supplies manually. 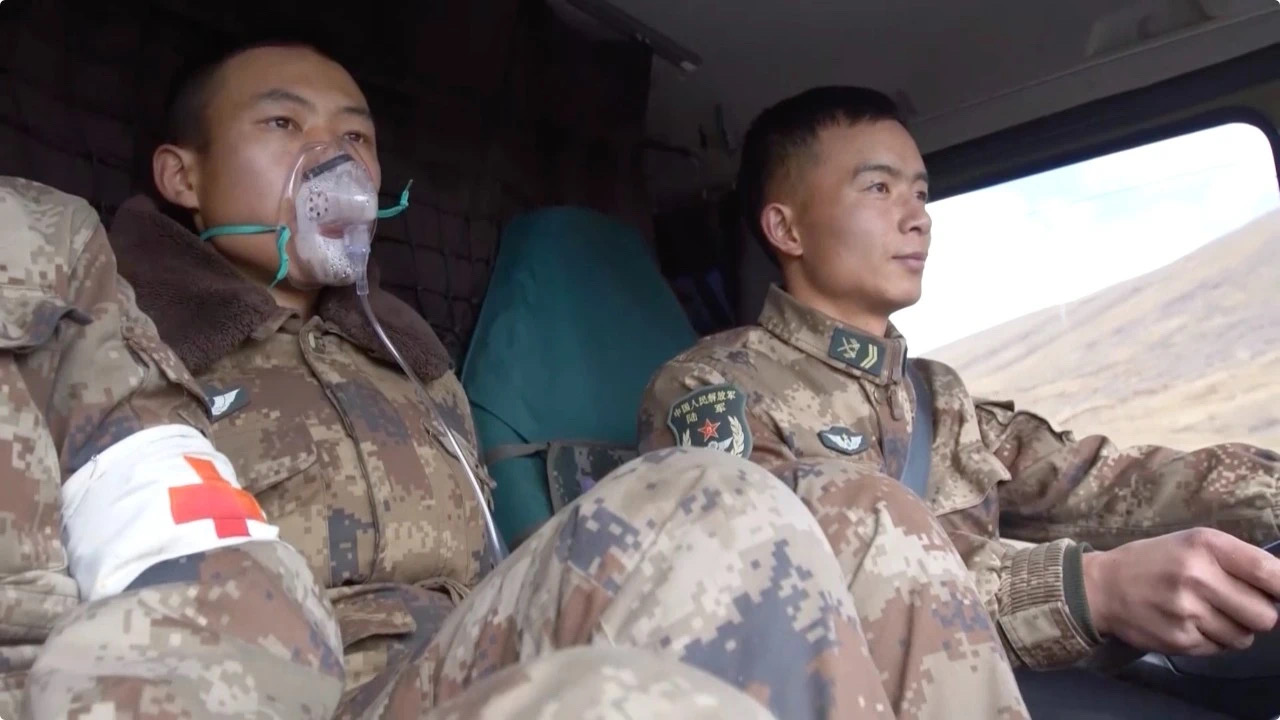 Zhao, who has served in military for 16 years, breathed with bottled oxygen due to altitude sickness in order to achieve the mission on time. 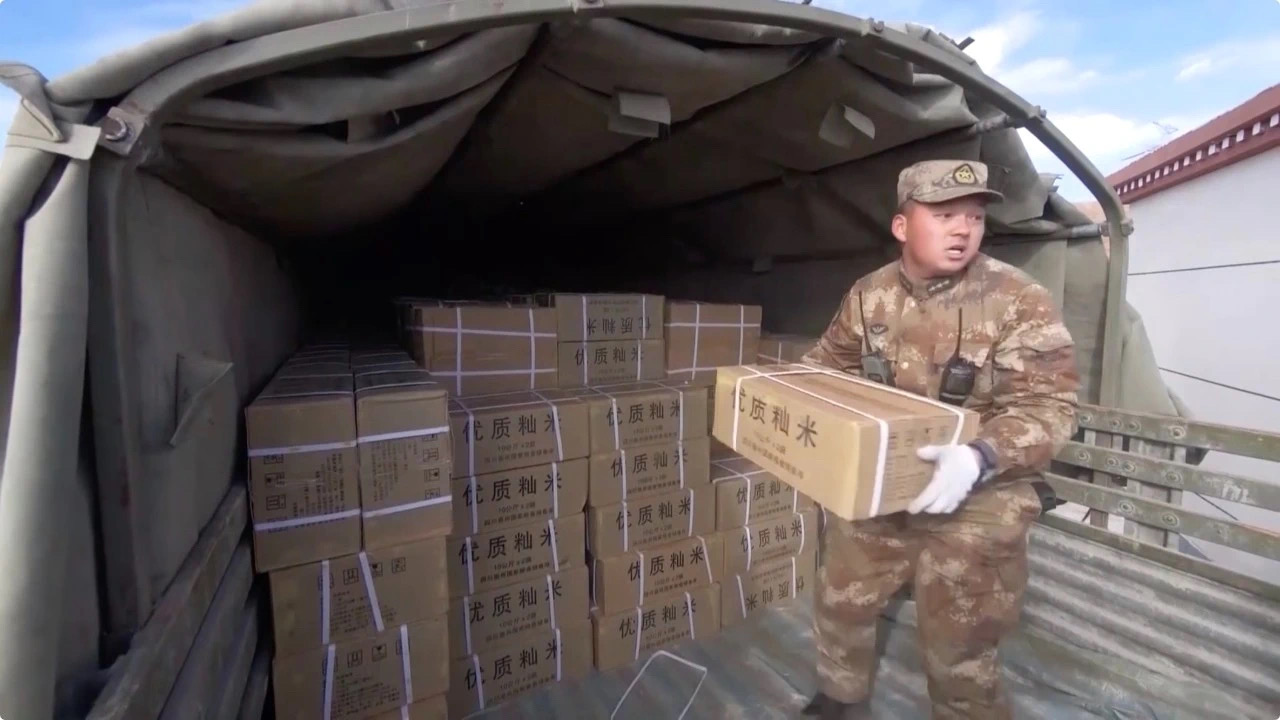 Soldiers spared no effort to unload supplies as soon as they arrived at the destination after the five-day trudge through hundreds of kilometers of high mountains, deserts, and no man’s lands against heavy winds and snow. 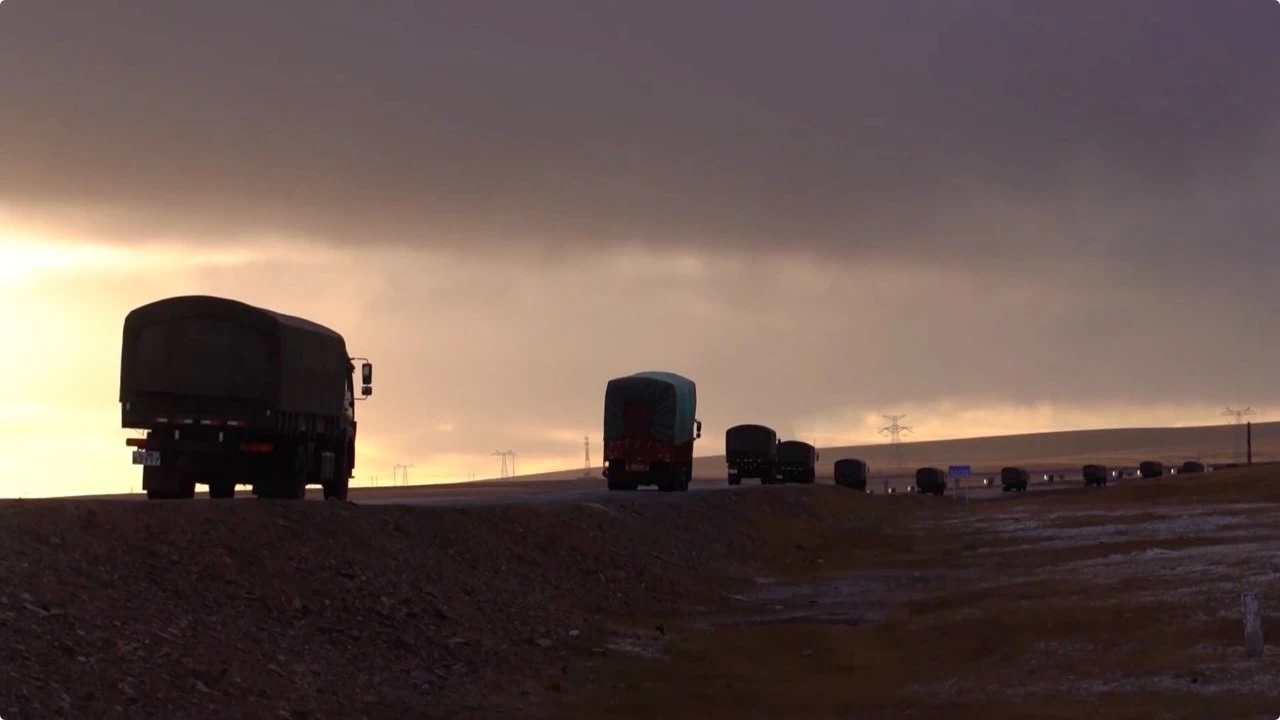 For over 60 years, generations of soldiers transported batches of supplies along the arduous delivery route to secure those stationed in the border to get through the long and ferocious winter. (Compiled by Zhang Heng)