PHOTOS Foreign journalists tour along the Pearl River in Guangzhou

Foreign journalists tour along the Pearl River in Guangzhou 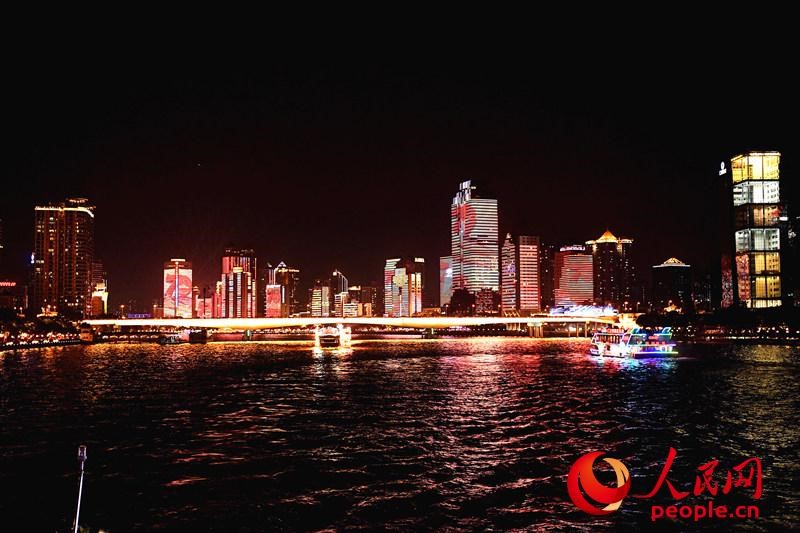 The buildings along the Pearl River produce the number "70" in a light show as a gift to the 70th anniversary of the founding of the People's Republic of China coming soon on Oct. 1. (Photos: People's Daily online) 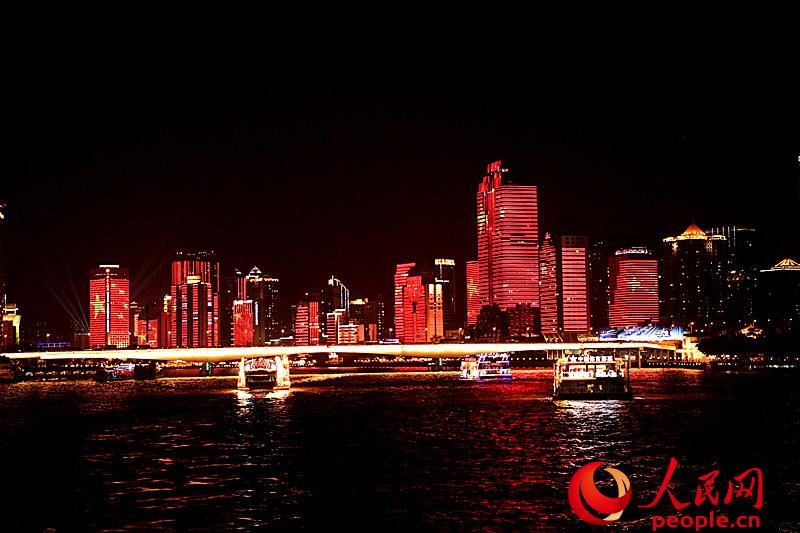 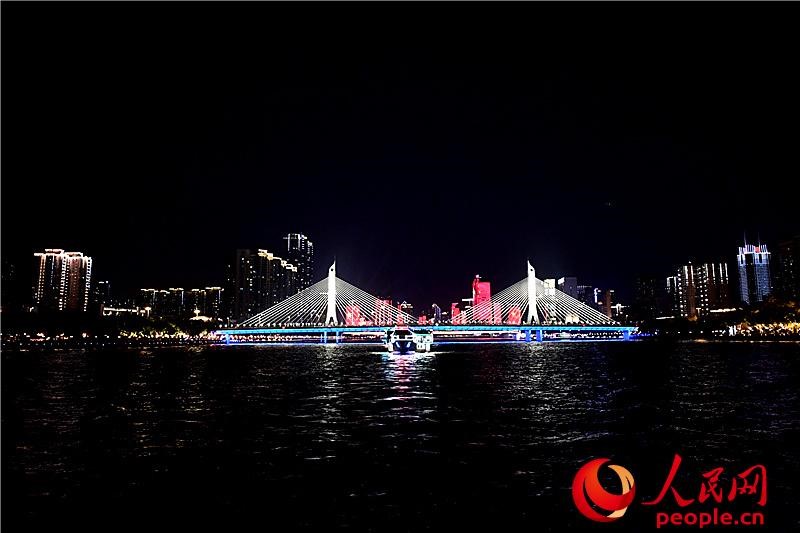 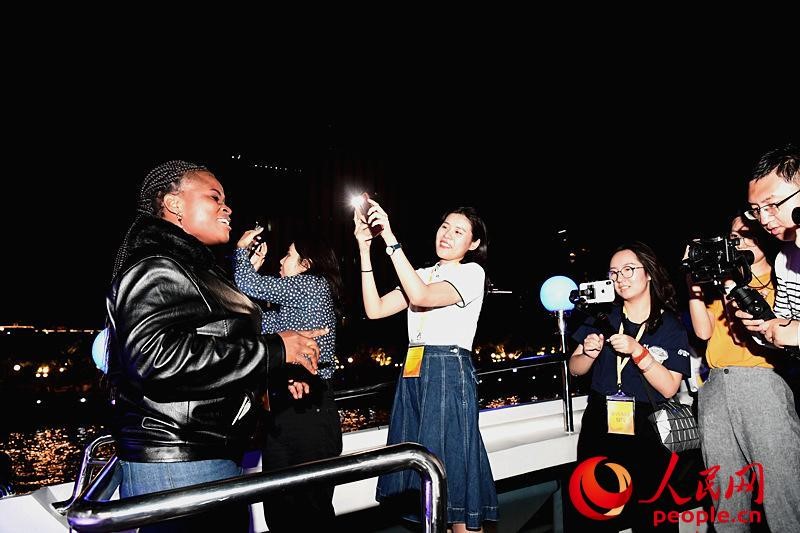 Foreign journalists give good wishes to New China for its upcoming birthday. The colorful Canton Tower shines in the night sky. 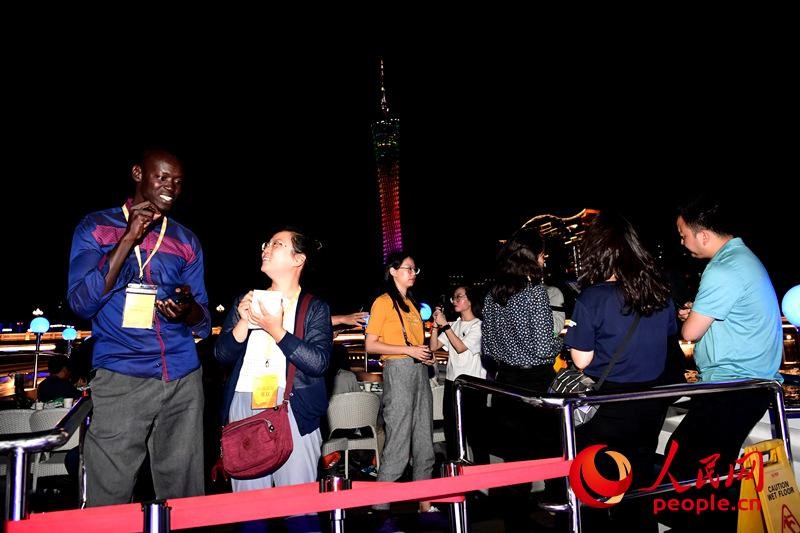 The journalists enjoy the scenery and communicate with one another.