PHOTOS From trolley to toilet, 10 weird ways to commute

From trolley to toilet, 10 weird ways to commute 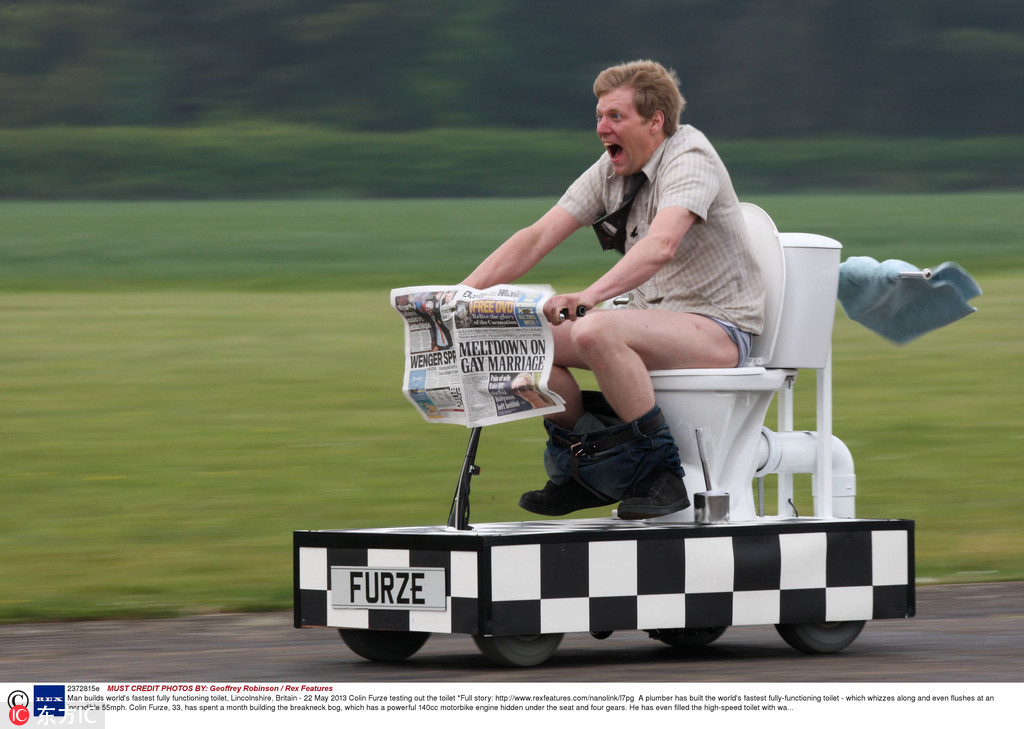 September 22 marks the World Car Free Day. On this day, motorists are encouraged to give up their cars for a day. Let's look at some innovative ways to commute. Colin Furze, rides the world's fastest fully functioning toilet he built, which whizzes along and even flushes at an incredible 88.5 km/h. He spent a month building the breakneck bog, which has a powerful 140cc motorbike engine hidden under the seat and four gears. (Photos: IC) 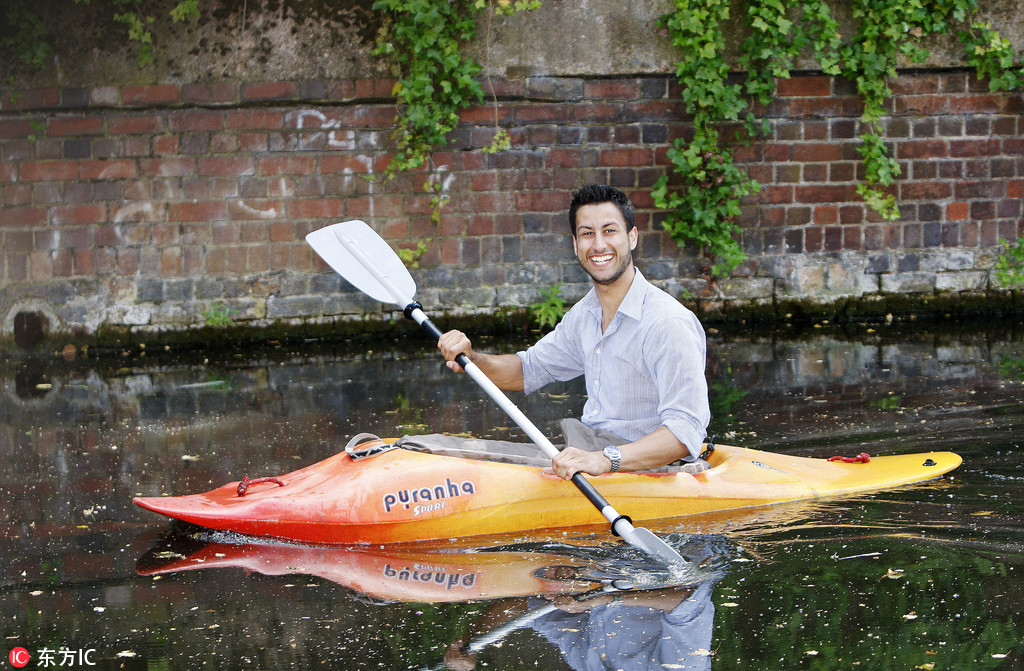 Mike Bandar is seen on the Fazely Canal in Birmingham city center, the UK, on his daily commute to work. 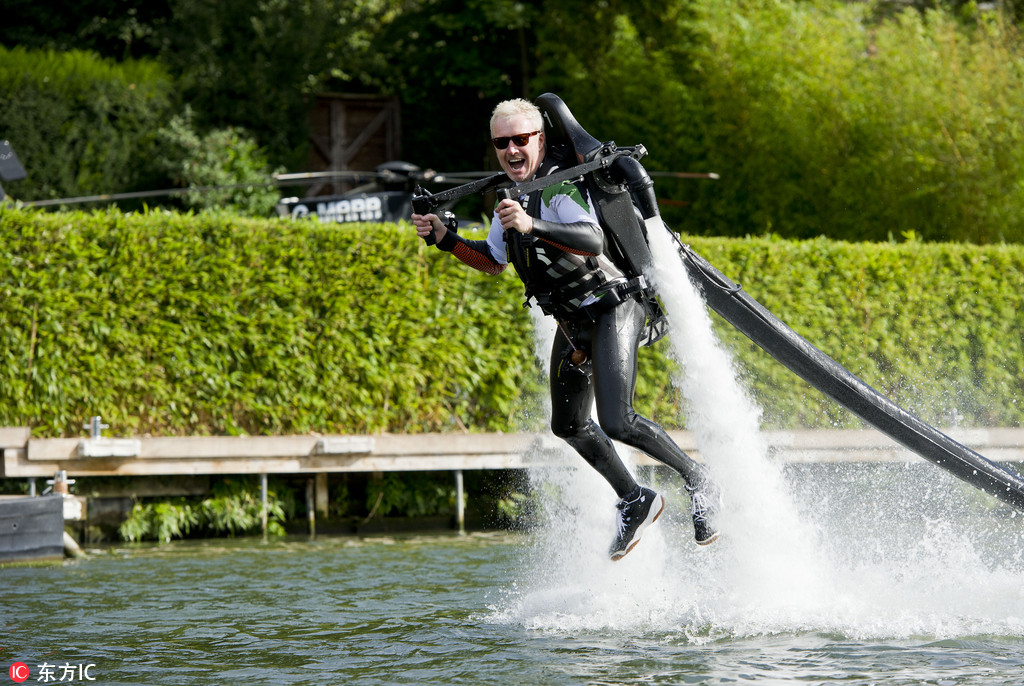 Jeremy Paxton starts his trek to the office on an amazing water-powered jet pack that appears to owe more to the technology of James Bond and Buzz Lightyear than the Clapham omnibus. 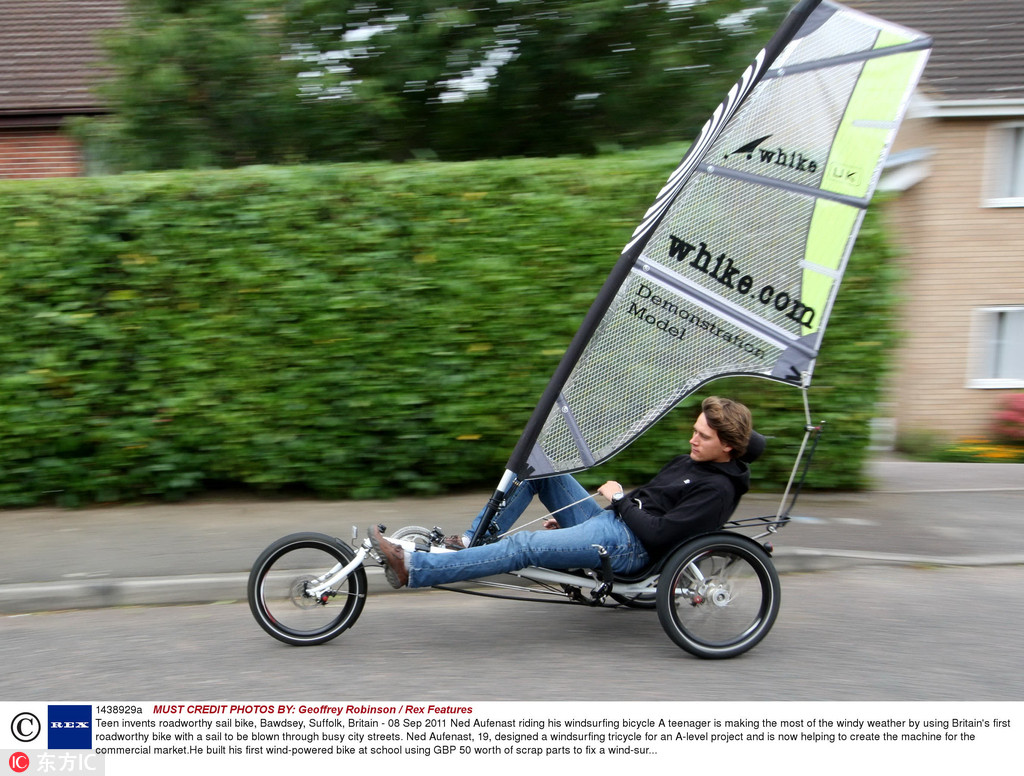 Ned Aufenast is making the most of the windy weather by using Britain's first roadworthy bike with a sail to be blown through busy city streets. 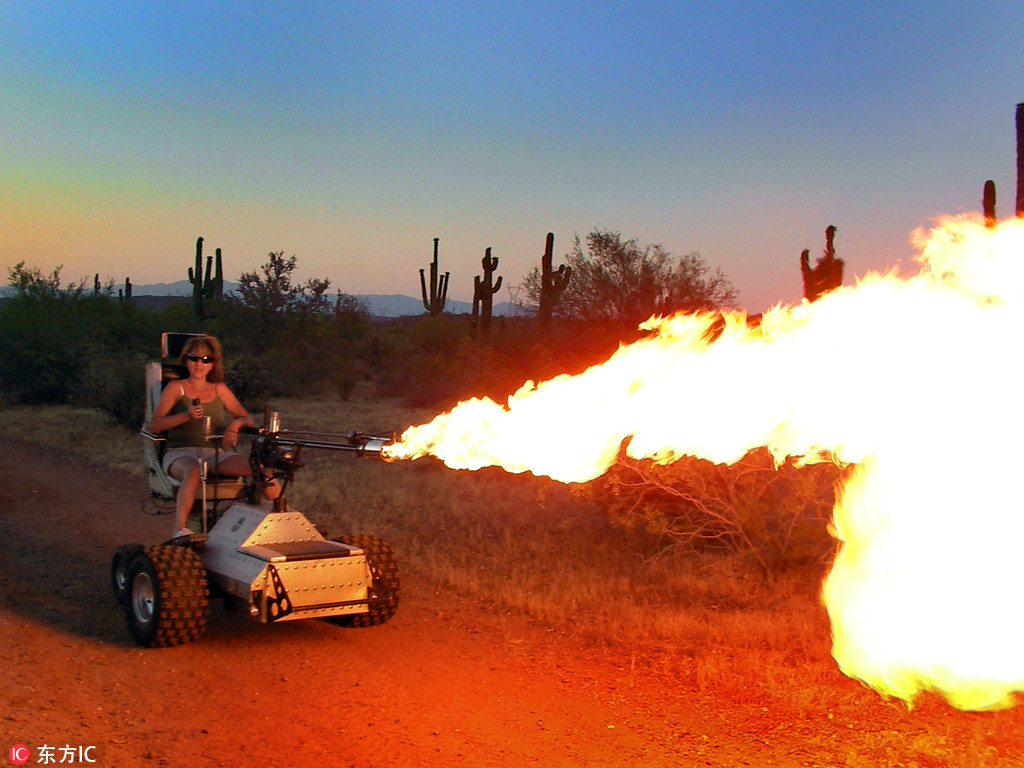 Designed by explosive engineer Lance Greathouse, the mechanical marvel can spit fire over a sizzling 35 feet - the length of a double-decker bus. 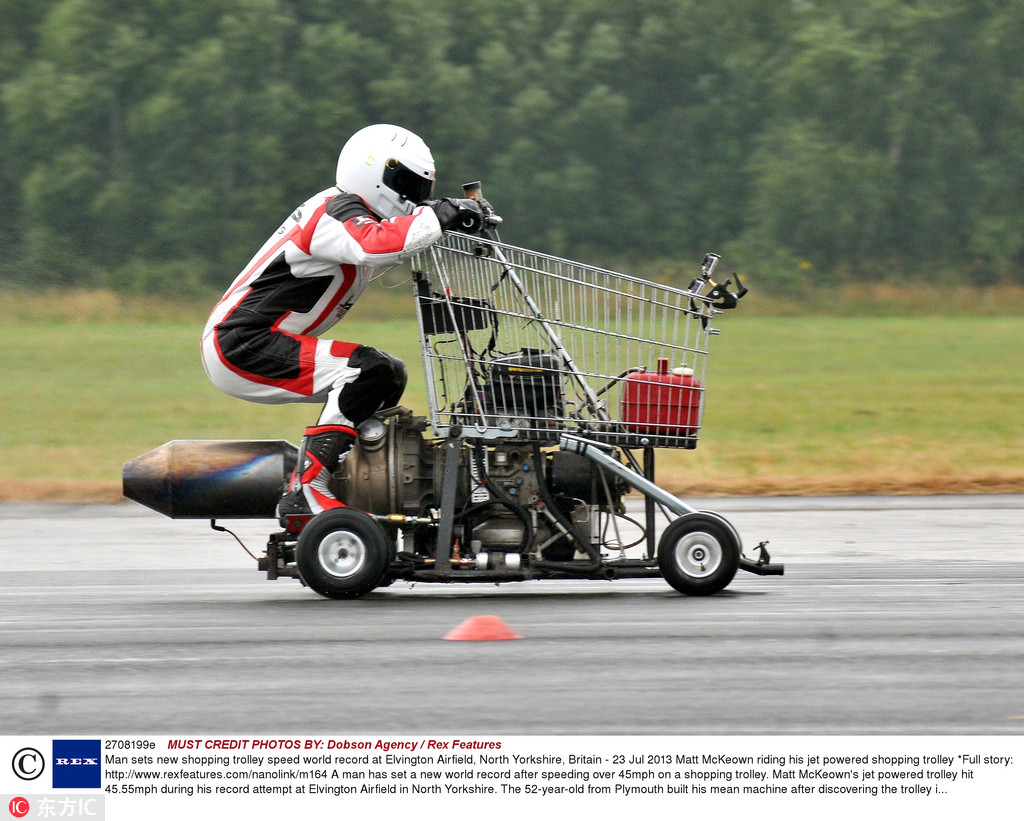 Matt McKeown is riding a jetpowered trolley, which reached 73.2 km/h during his record attempt at Elvington Airfield in North Yorkshire, the UK. 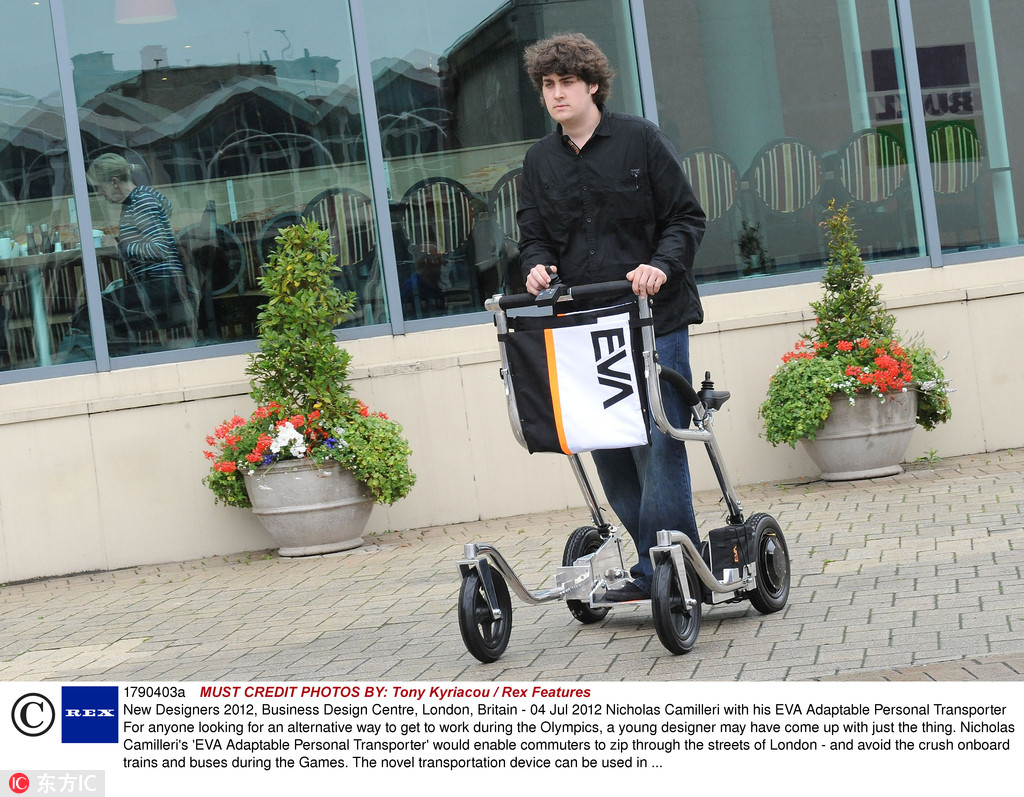 Nicholas Camilleri is riding the EVA adaptable personal transporter he invented, which can be used in two ways: either sitting down like a wheelchair or standing up like a segway. 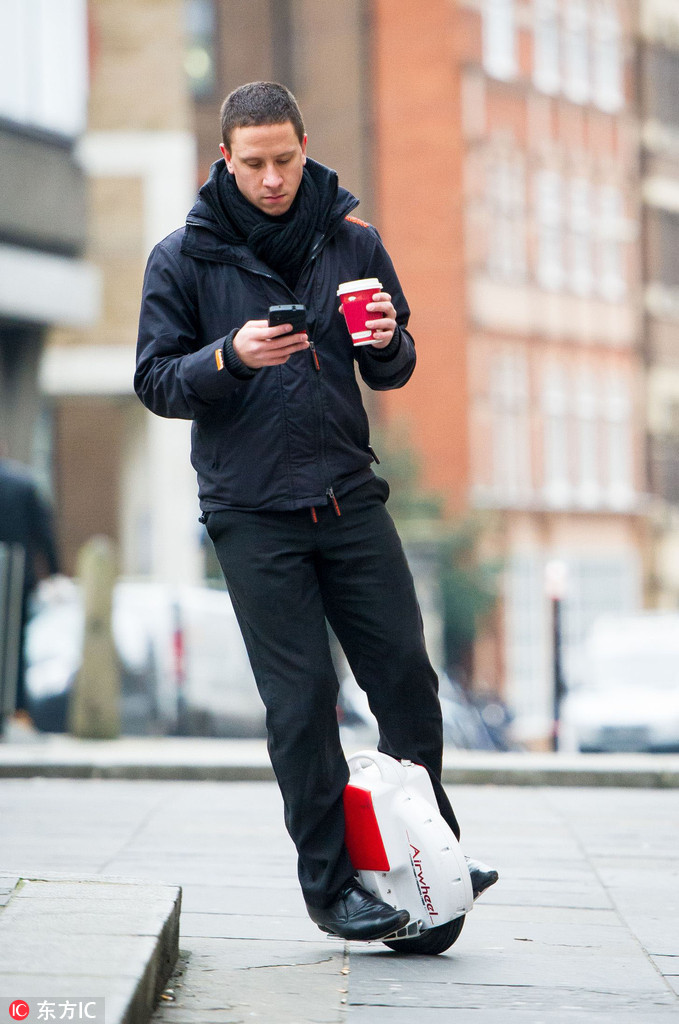 Simon Mansfiel is riding an AirWheel self-balancing unicycle on Dec, 1, 2014. 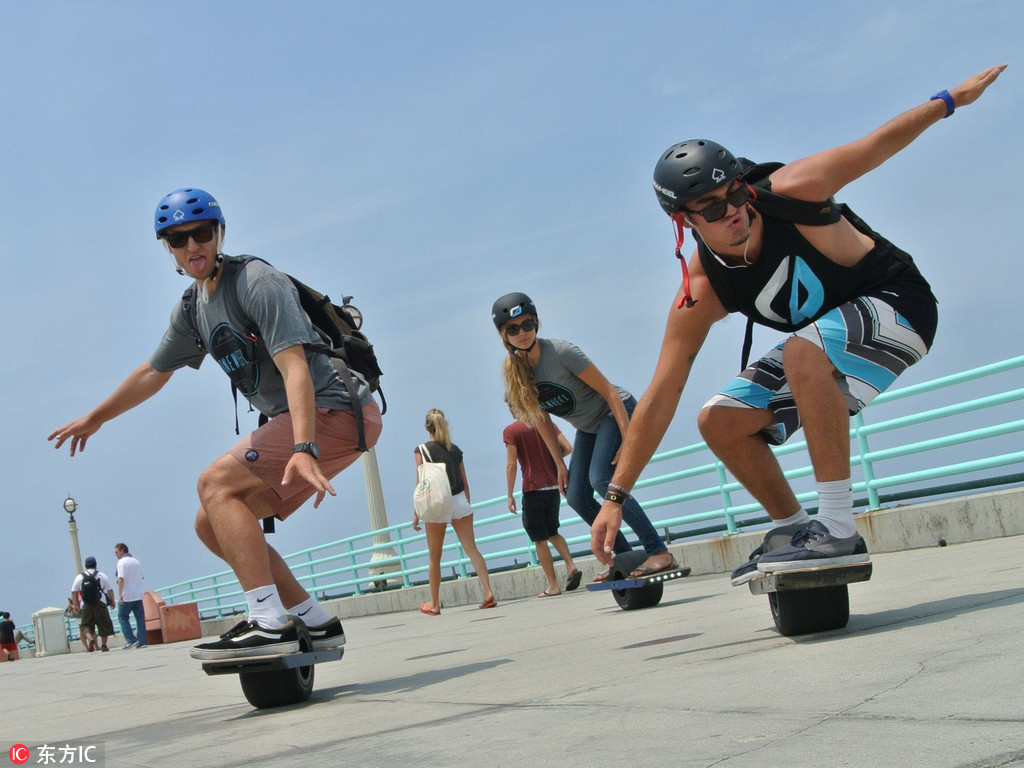 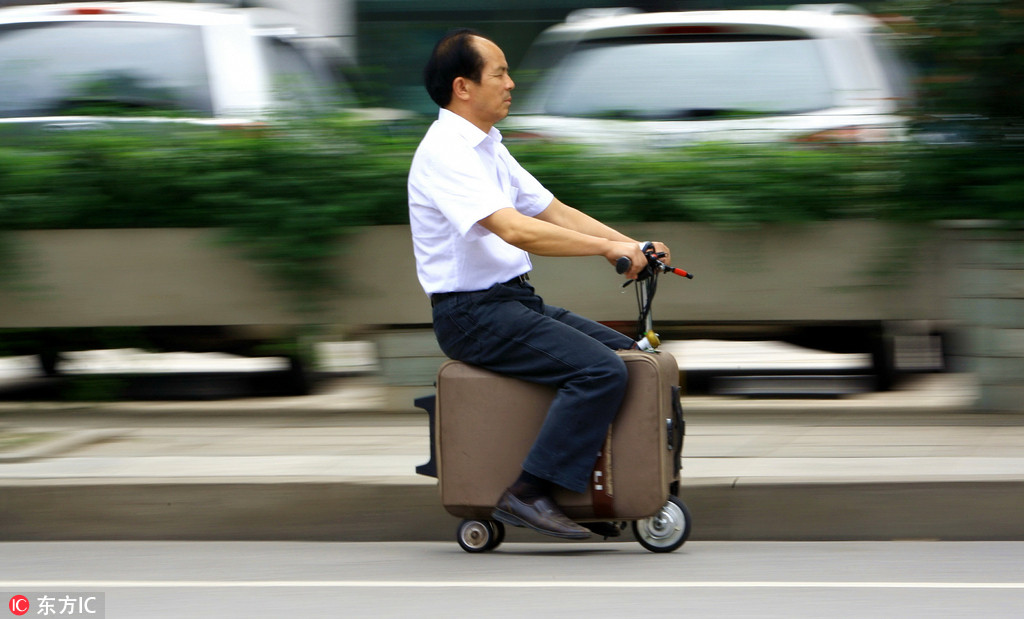 Chinese farmer He Liangcai rides an electronic luggage bag he invented on a street in Changsha, Central China's Hunan province, May 28, 2014.