PHOTOS George H.W. Bush in Washington for final honors before burial in Texas

George H.W. Bush in Washington for final honors before burial in Texas 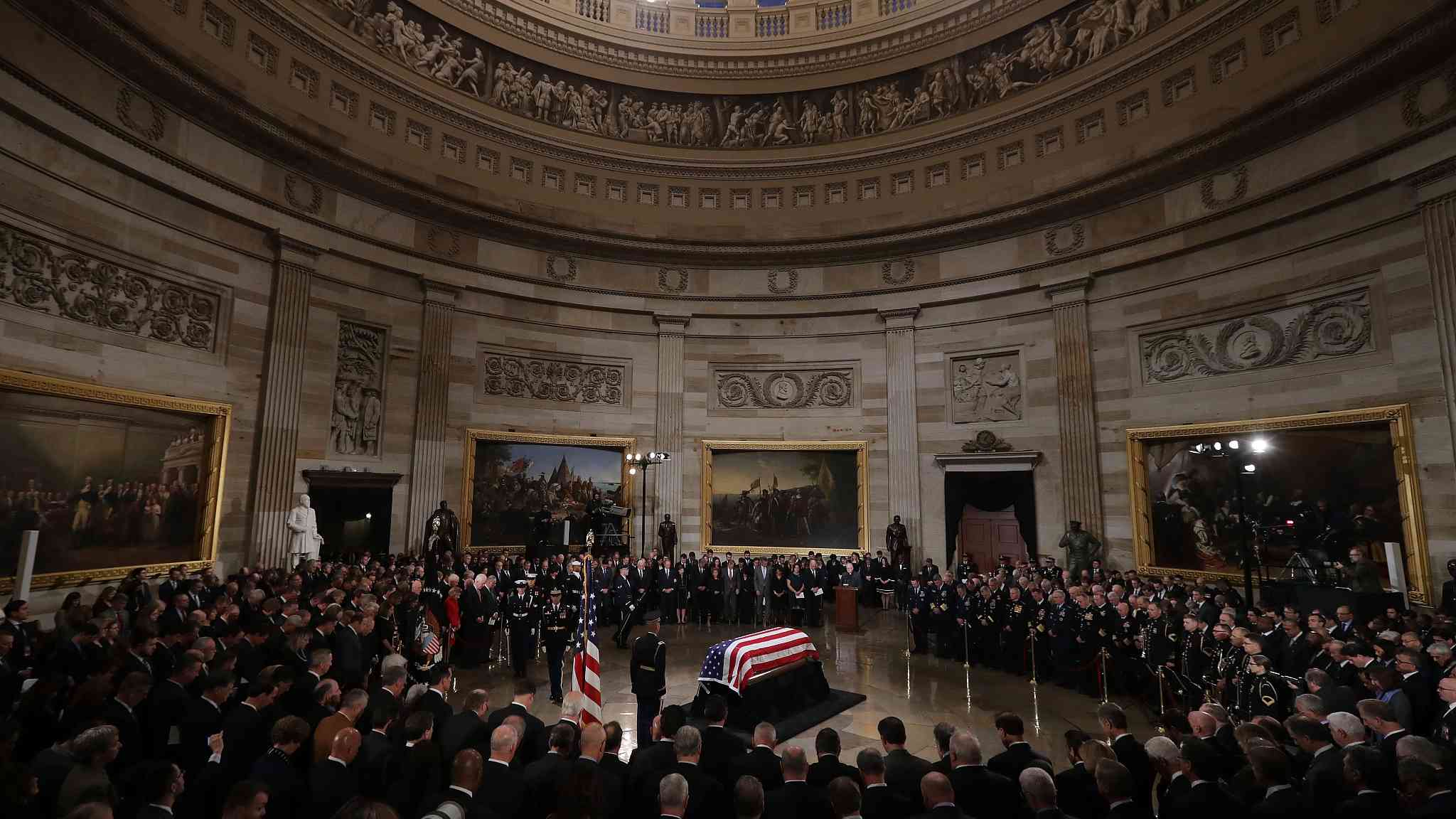 The remains of former US President George H.W. Bush arrived at the US Capitol on December 3, 2018, in Washington, DC. A state funeral for Bush will be held over the next three days. (Photos: VCG) 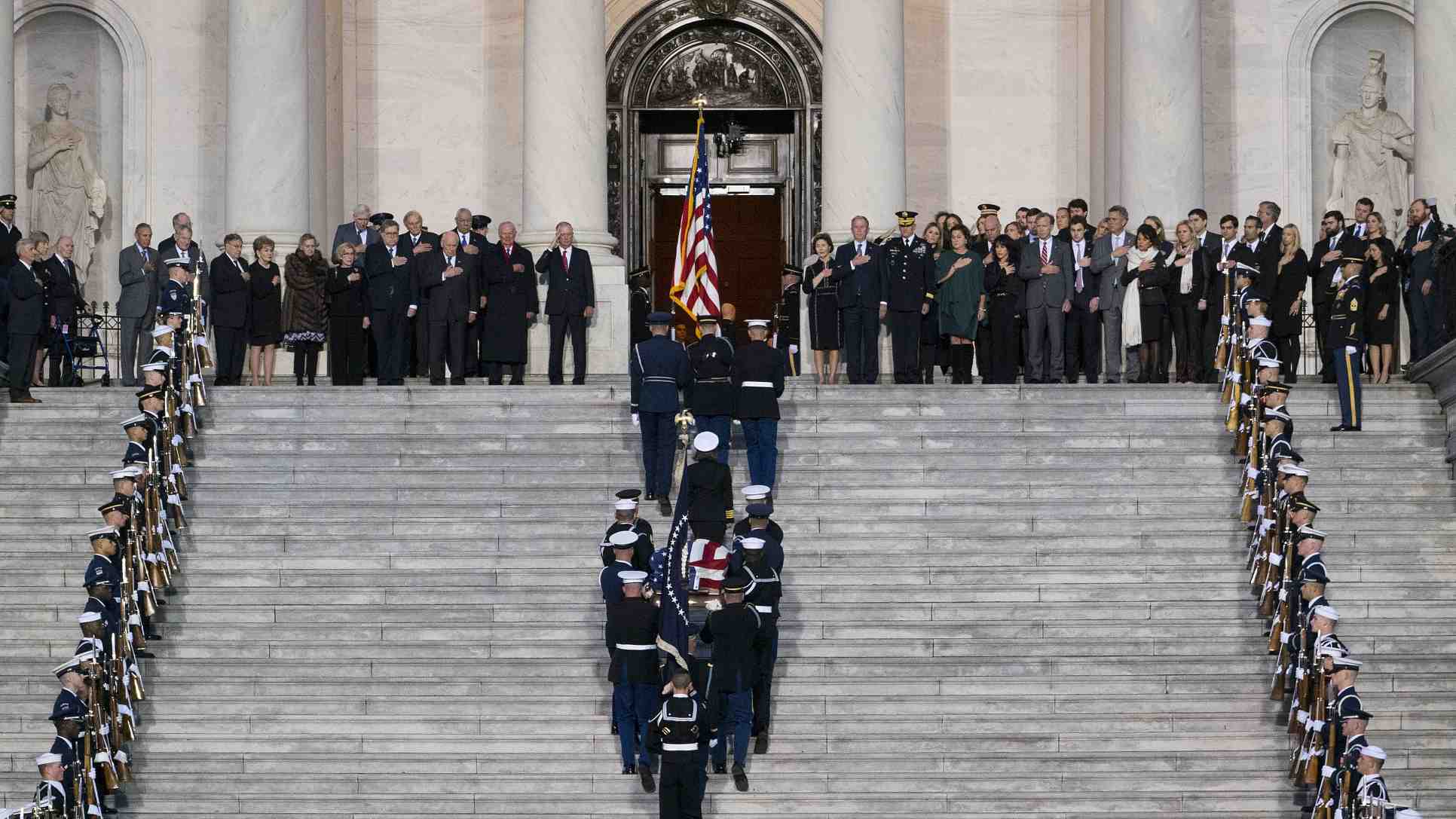 Bush died last Friday (November 30) at the age of 94. He was the longest-lived president in American history and the last of the WWII generation. 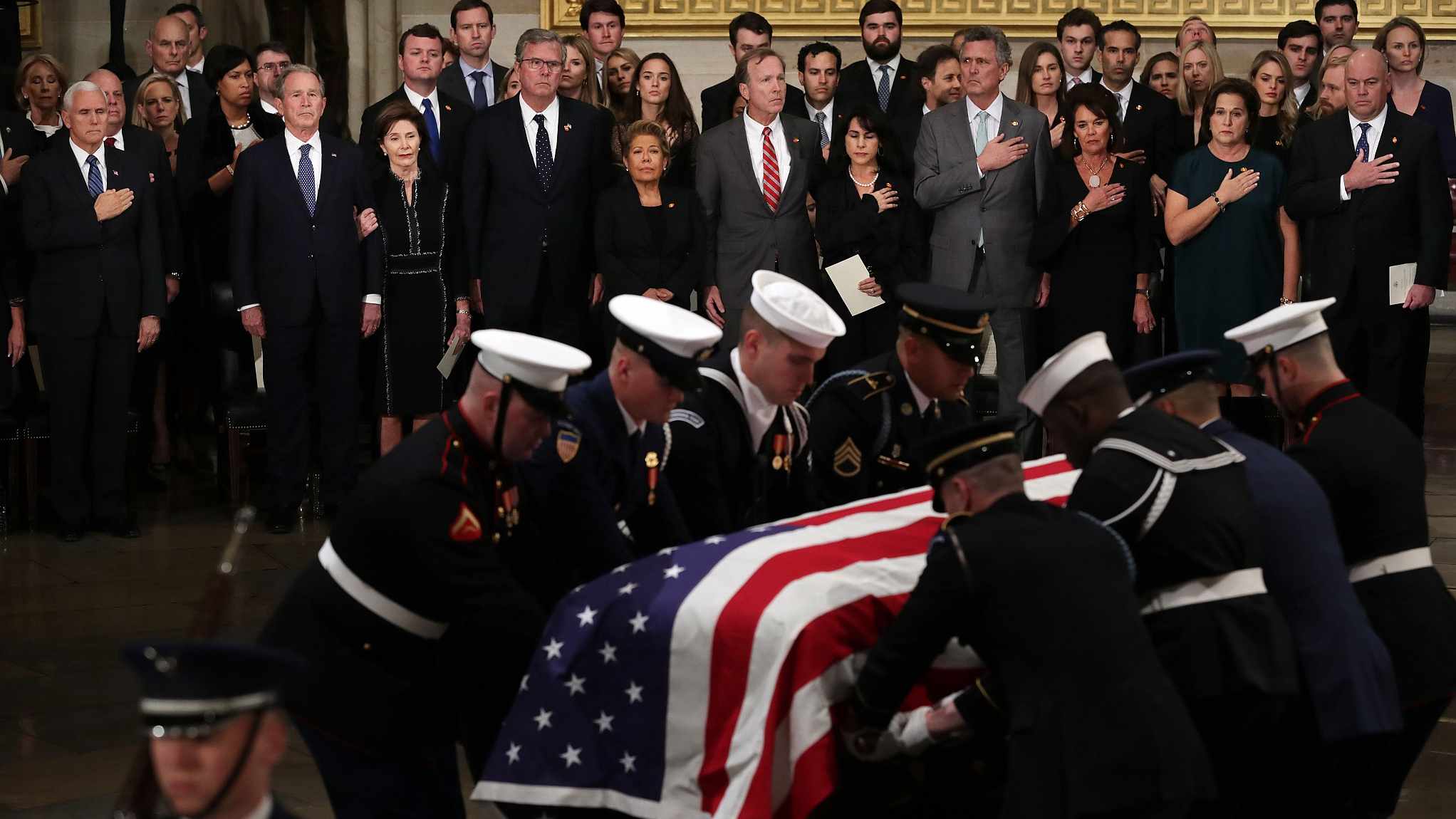 The Bush family gathered in the Capitol Rotunda, replete with statues of Bush’s Republican contemporaries and surrounded by senators, congressmen, cabinet secretaries and Supreme Court justices.

Bush's flag-draped coffin found its repose beneath the Capitol Dome, on the catafalque built to rest the remains of Abraham Lincoln, surrounded by paintings depicting the founding of the nation he once led.

Sully, the service dog of Bush in his final months, accompanied Bush's coffin throughout from Texas to DC on board Air Force One – temporarily renamed Special Air Mission 41.