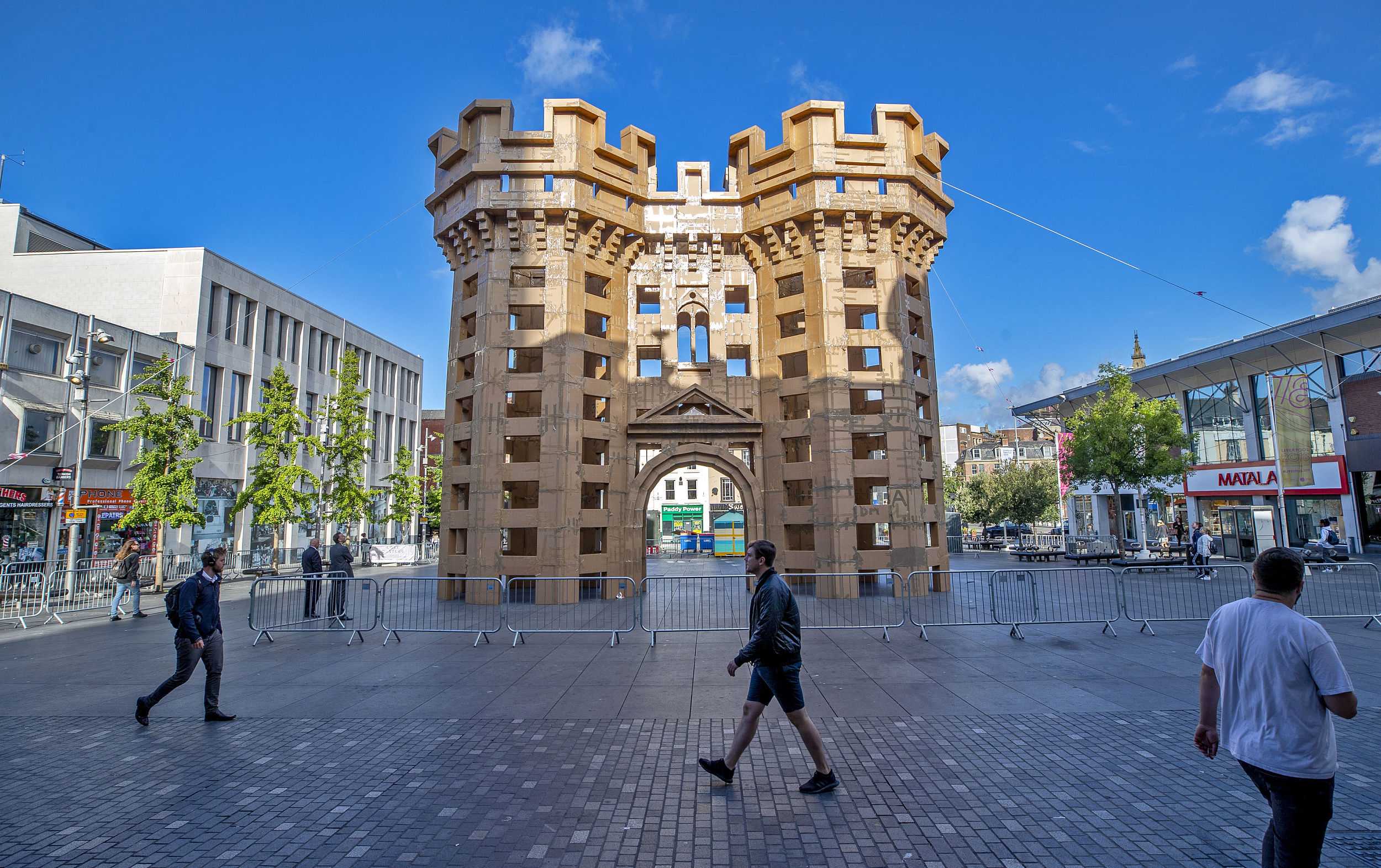 A cardboard recreation of Liverpool Castle, which stood from the early 13th century to the early 18th century, is on display in Williamson Square, Liverpool, UK. /VCG Photo 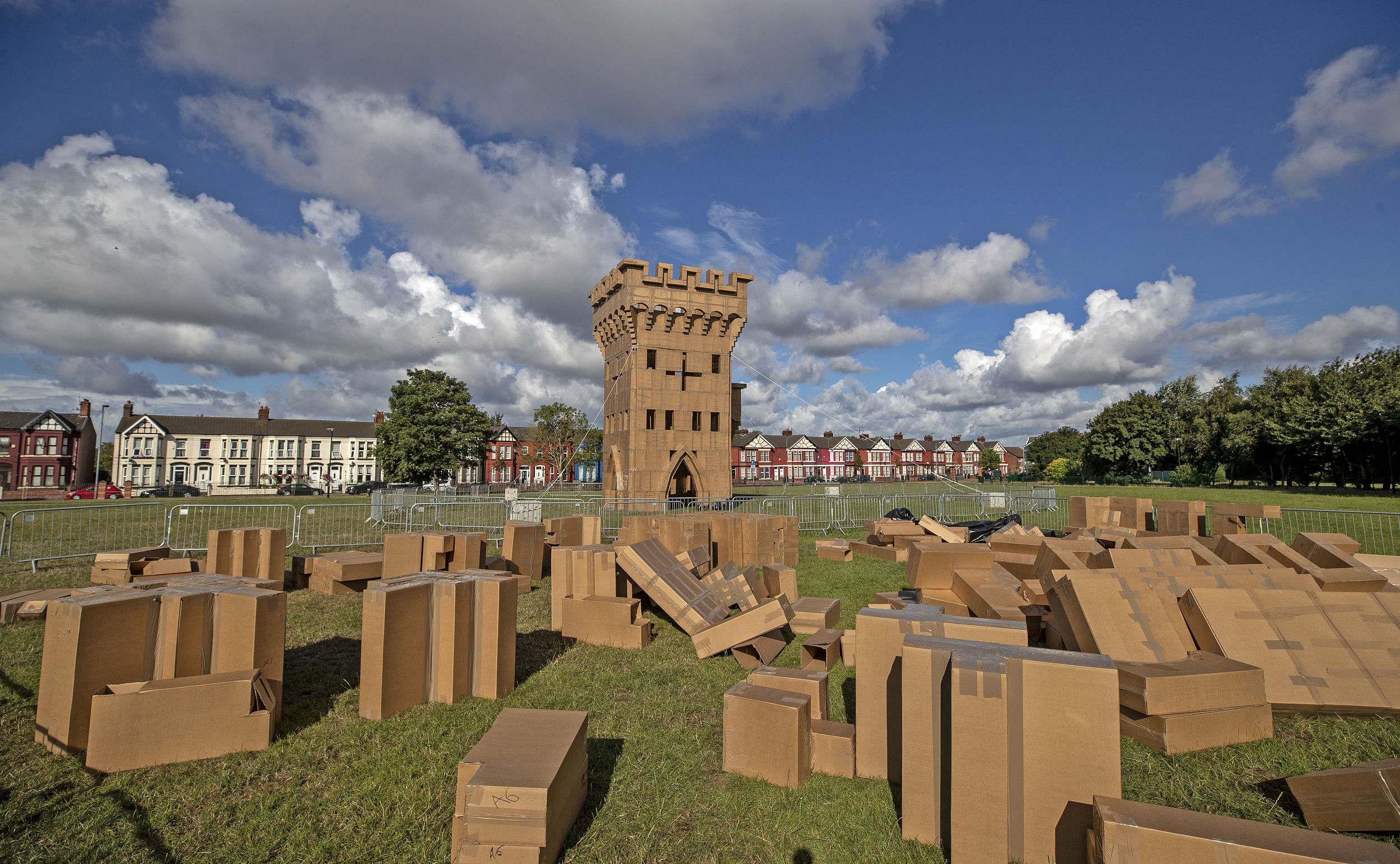 Giant castles and a Viking church towering more than six meters high are being built from cardboard boxes in locations across Merseyside. /VCG Photo 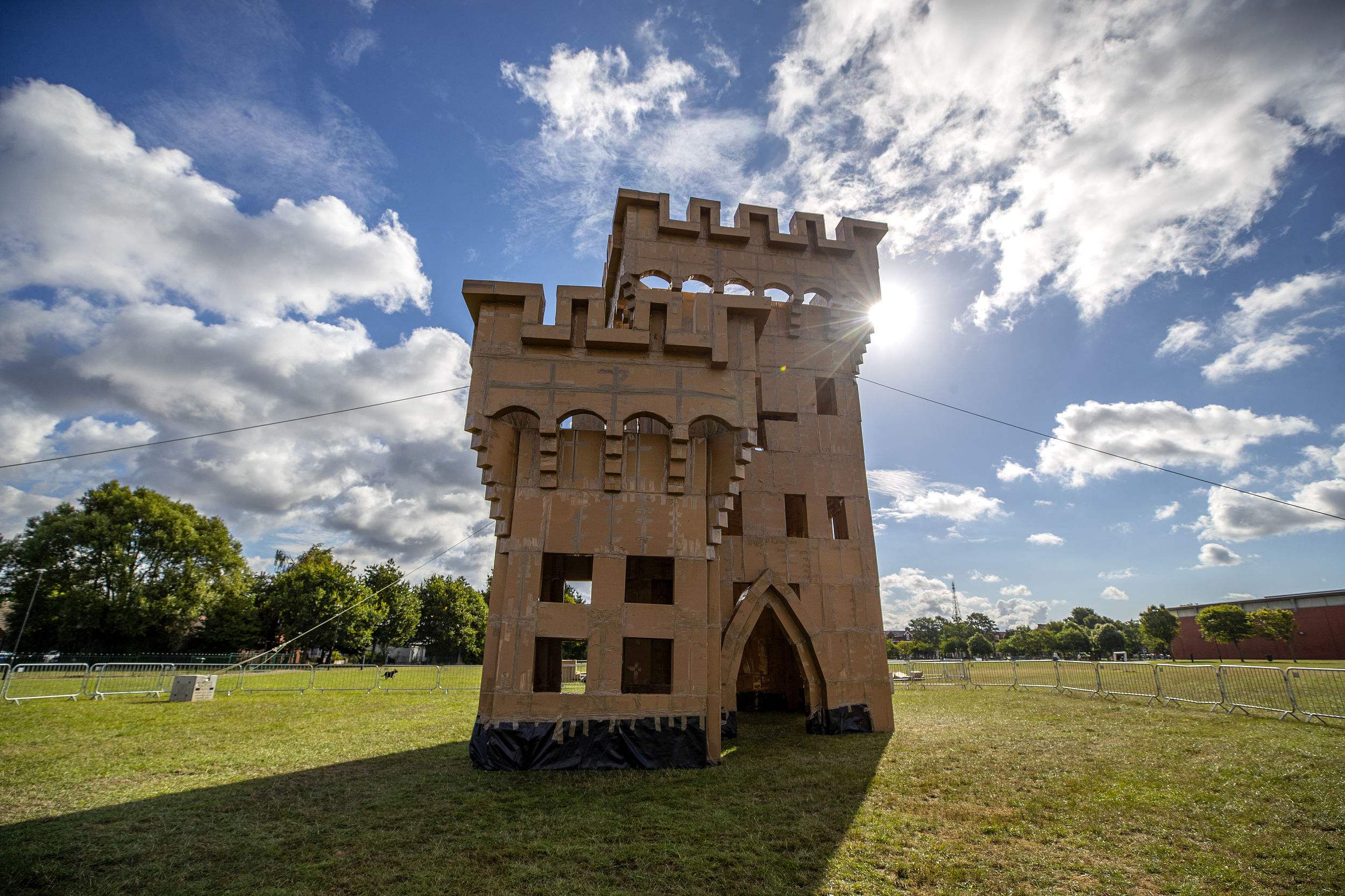