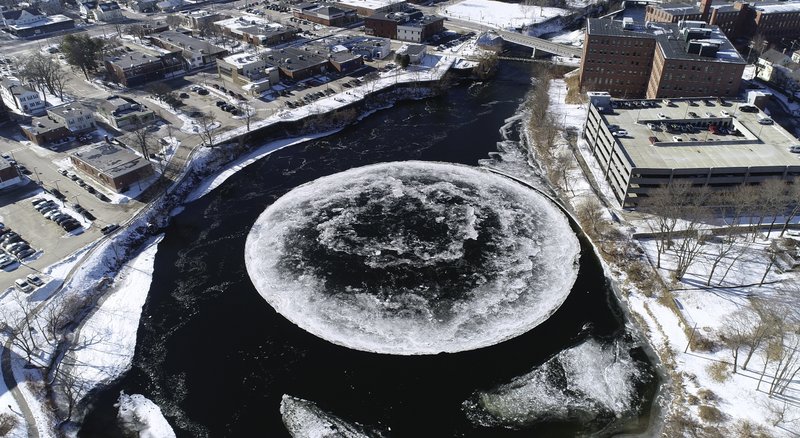 Jan. 14, 2019 aerial image taken from a drone video and provided by the City of Westbrook, Maine, a naturally occurring ice disk forms on the Presumpscot River in Westbrook, Maine. (Photo: AP)

The formation in the Presumpscot River in Greater Portland stopped rotating Wednesday, two days after a video of its mesmerizing movement was widely shared on social media.

The roughly 100-yard (91-meter) wide disk is lodged against the river’s edge, preventing it from moving.

Meteorologist Ryan Breton tells the Portland Press Herald if the disk freezes into place, “that might be the end of it.”

The ice formation is believed to have formed naturally where there’s a circular current that creates a whirlpool effect.

Social media users compared it to an alien spacecraft and the moon, and ducks used it as a big raft.