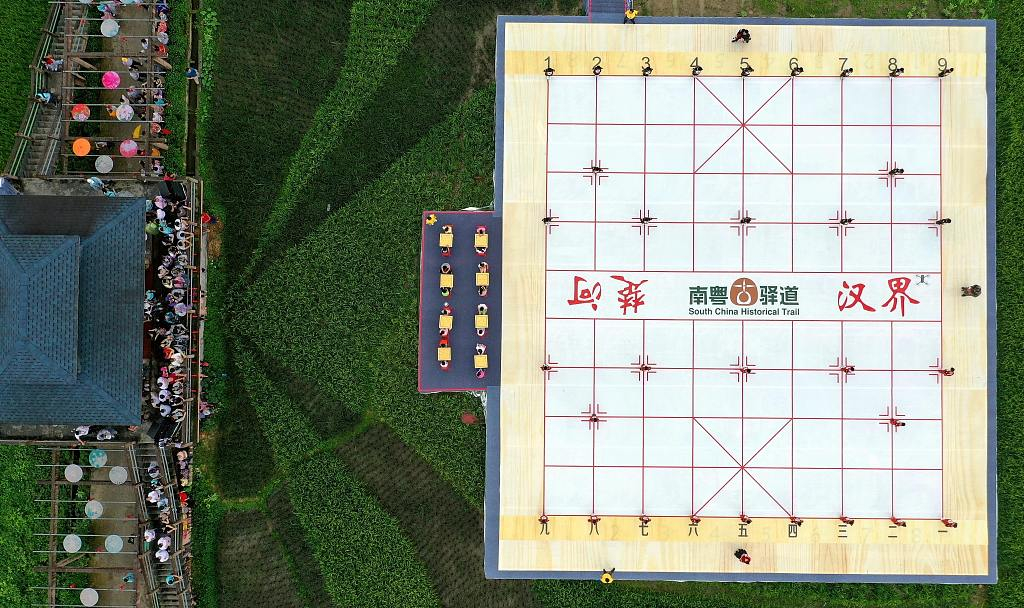 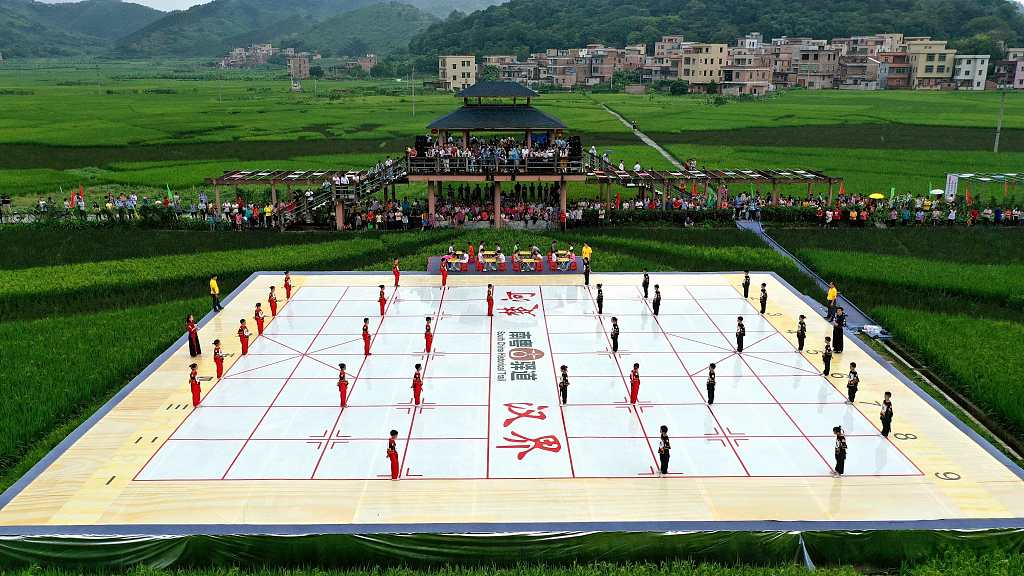 Two of the world’s best Chinese chess players, Wen Jing and her husband Xu Yinchuan gave instructions in an ancient local region's dialect to the children to move as chess pieces, offering a brand new experience to audiences at the scene. 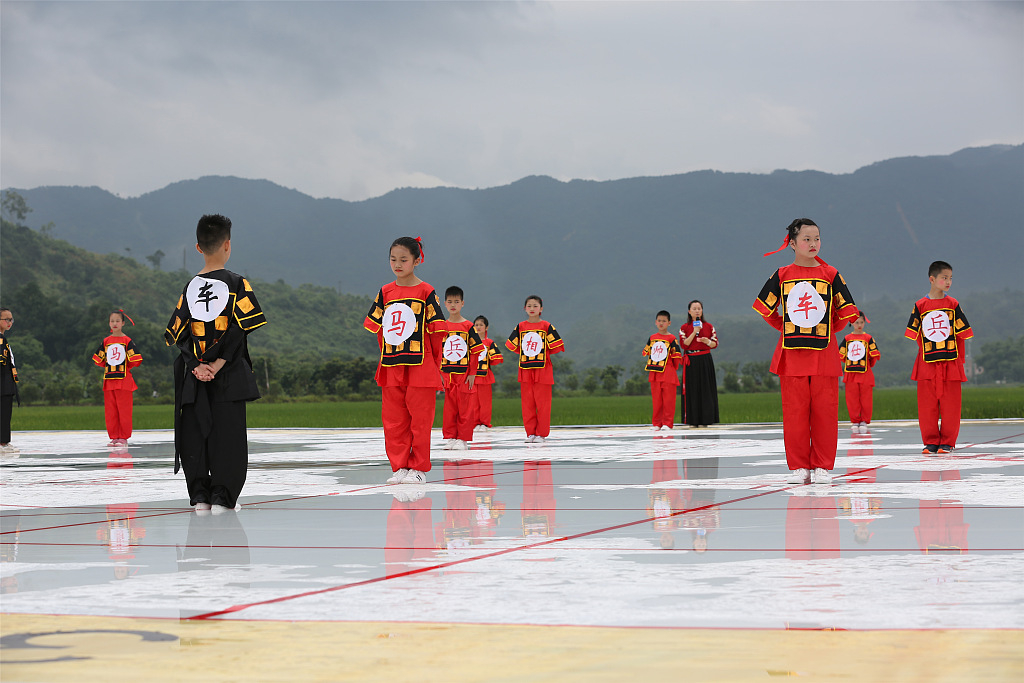 The ancient language, known as the “bird language,” is a distinct folk culture in Yulongzhai region which sounds like bird singing. 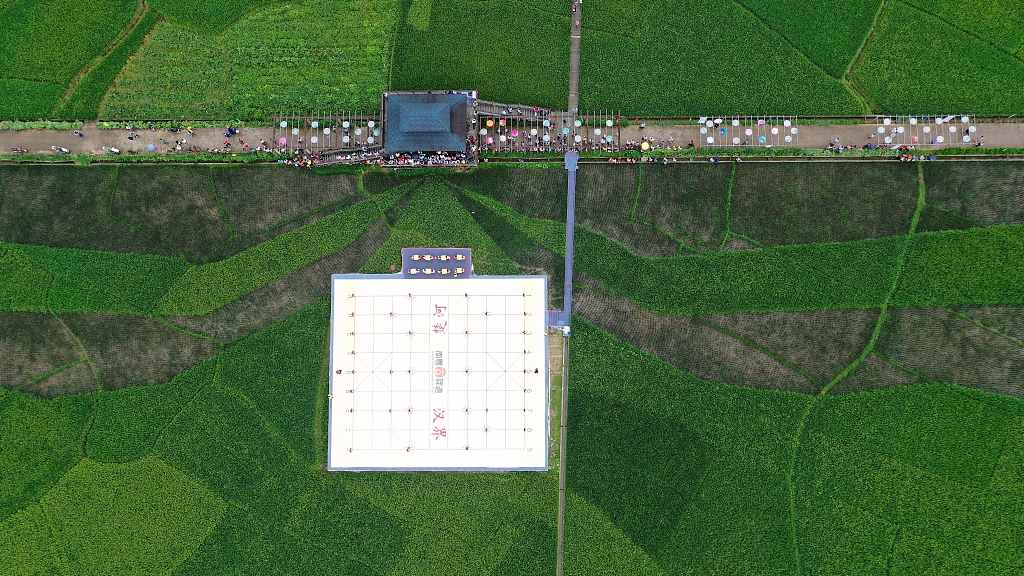 The combination of folk culture and Chinese chess is designed to bring new life to the sport and make better promotion among Chinese teenagers, according to Xu Yinchuan. 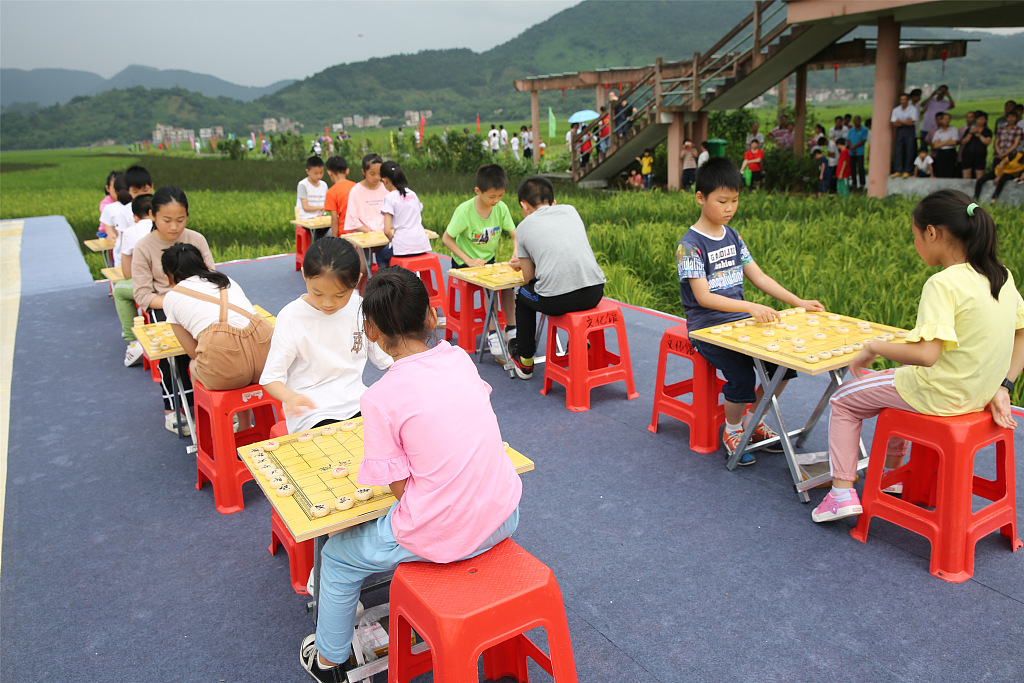 There were also 16 children playing standard-sized Chinese chess in the competition area under the guidance of instructors.