With the coming of the traditional Chongyang Festival, or Double Ninth Festival on October 28, many elderly couples have taken part in group wedding ceremonies to celebrate their golden wedding. 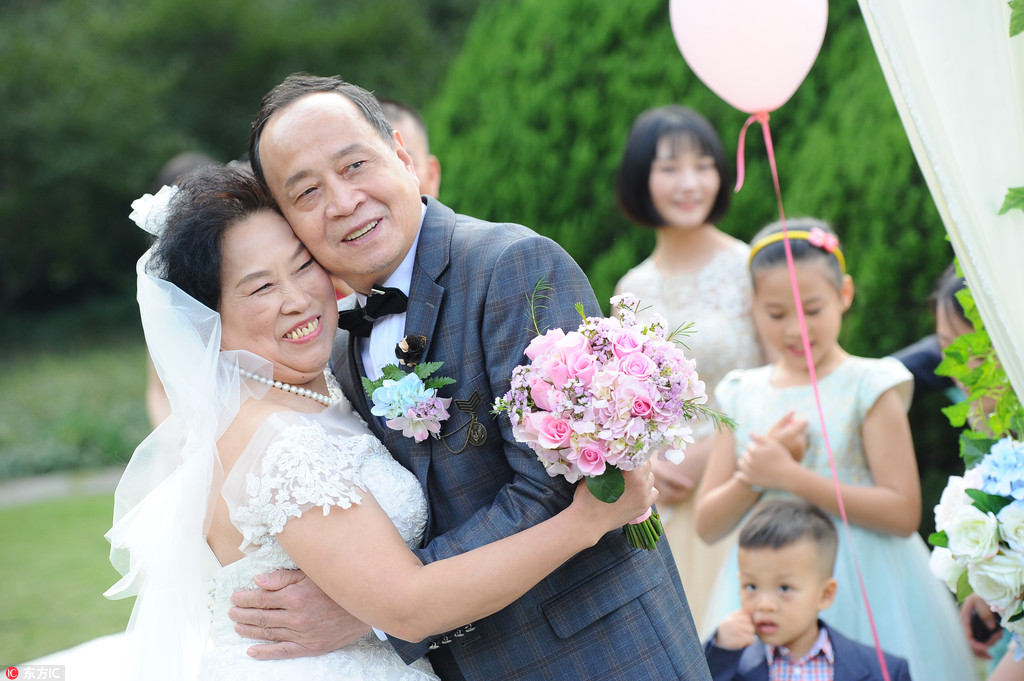 On October 25, 2017, 12 elderly couples have taken part in a golden wedding party held around the West Lake of Hangzhou City, Zhejiang Province. 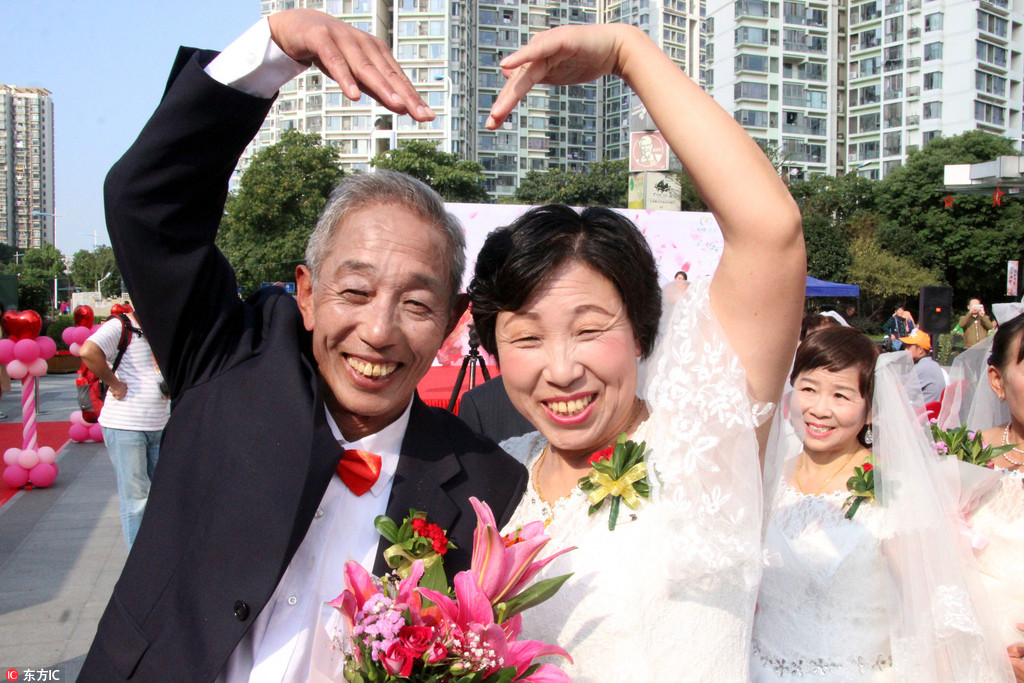 On October 21, 2017, 36 elderly couples in Suzhou City, Jiangsu Province have their belated wedding ceremonies for celebrating their marriage life and the Chongyang Festival.