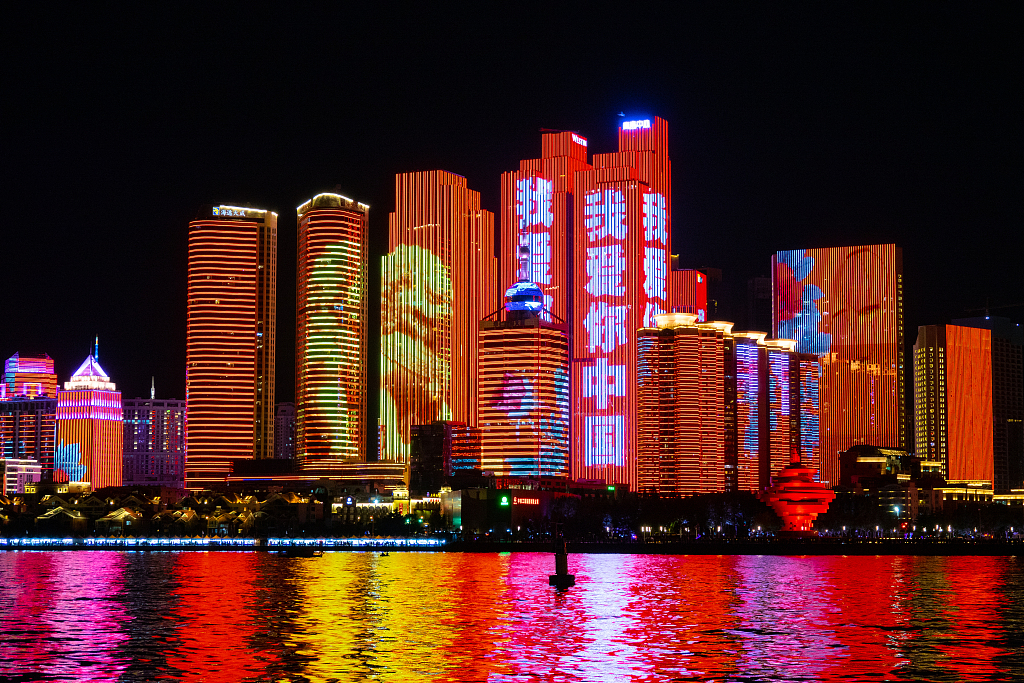 A grand light show began on September 20 by Fushan Bay, Qingdao to celebrate the 70th anniversary of the founding of the People’s Republic of China. (Photos: VCG) 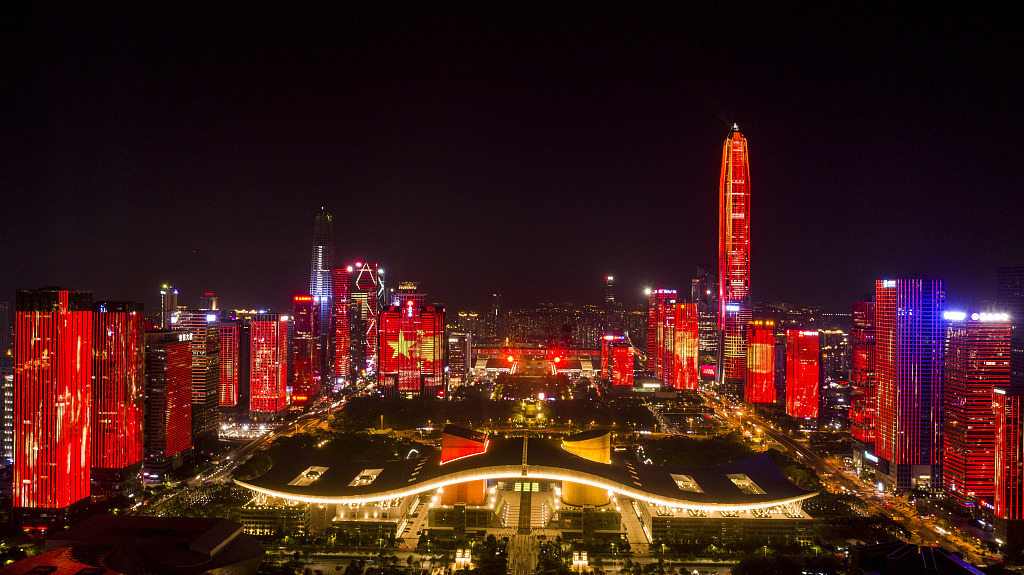 A magnificent light show is presented in the Civic Center in Shenzhen marking the upcoming National Day. 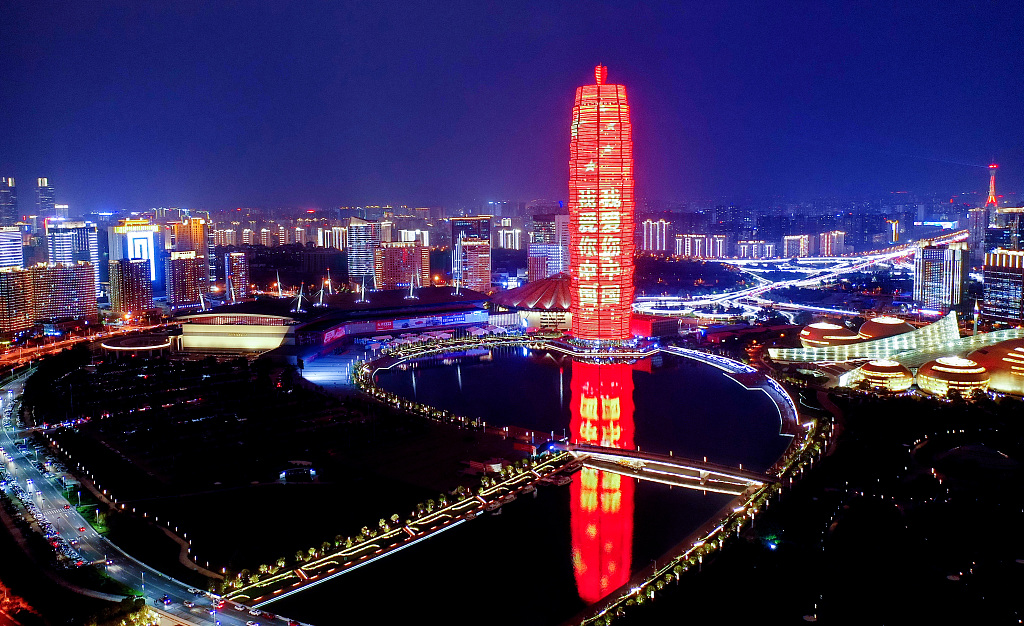 Greenland Plaza (“Big Corn”), a prominent landmark in Zhengzhou, stages a light show on September 20. The building is colored Chinese red, and reads “I love you, China”. 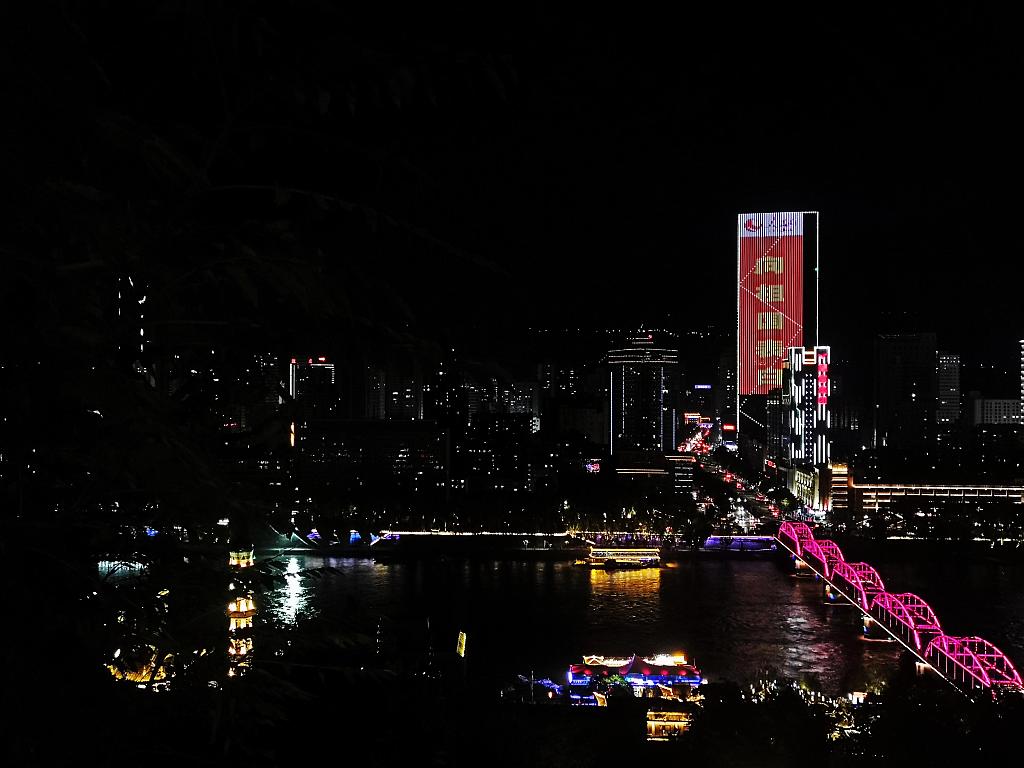 In Lanzhou, capital of Gansu province in northwest China, the Yellow River is lit up at night. 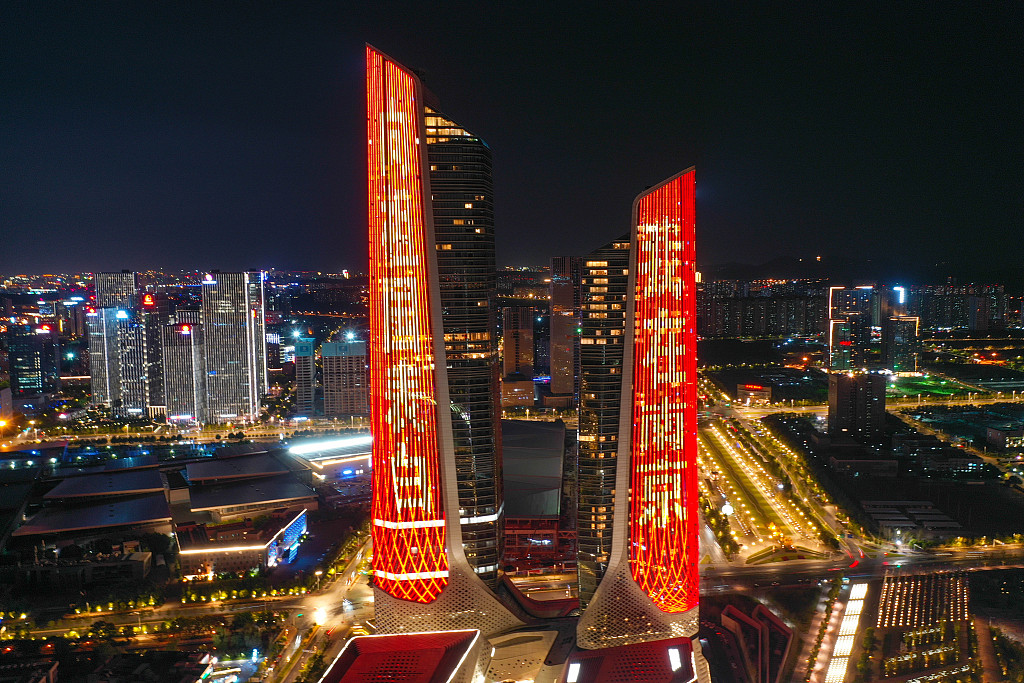 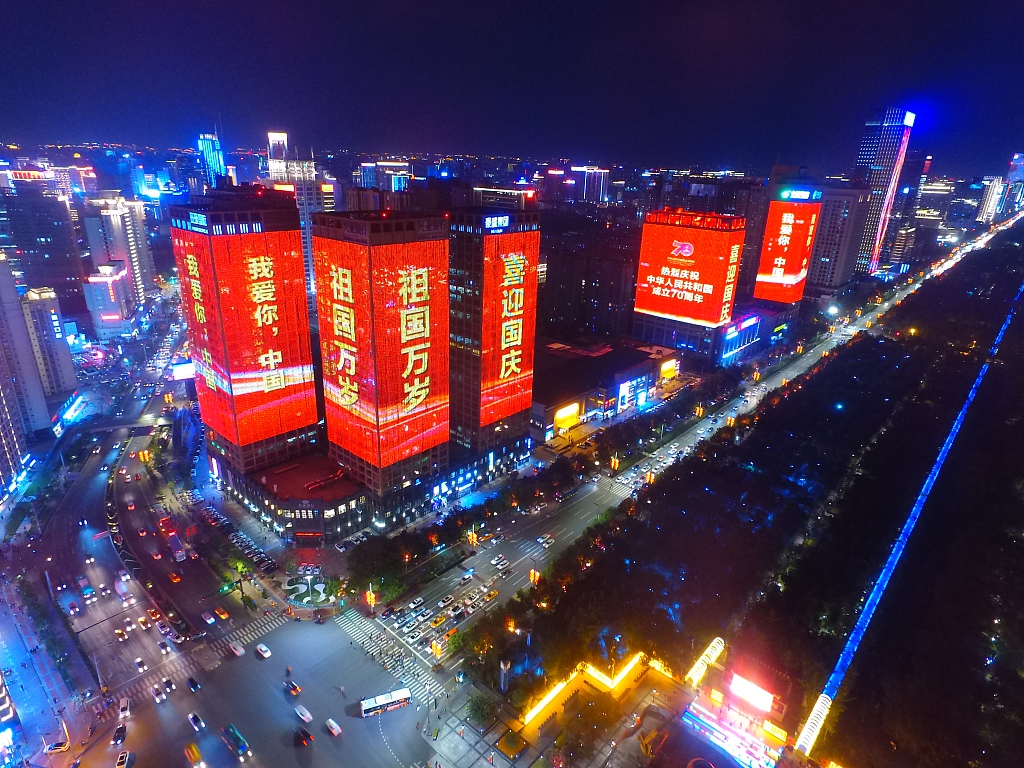 Xi'an Hi-Tech Industries Development Zone puts on a light show on September 20 to express the people’s love for China. 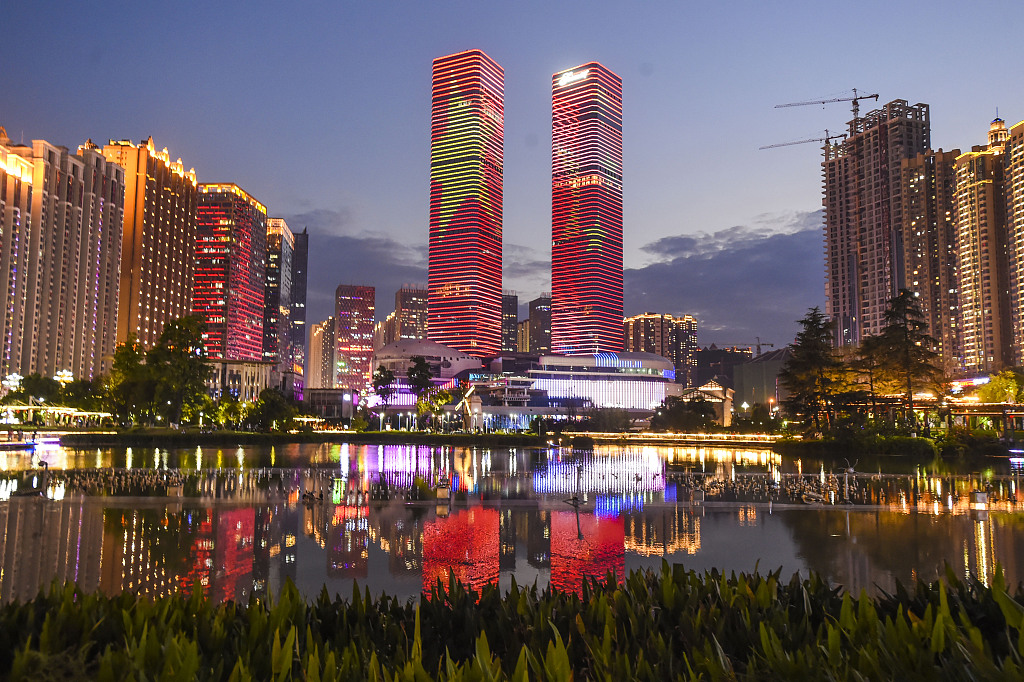 A light show is held at the twin-tower development in Guiyang, southwest China’s Guizhou Province. 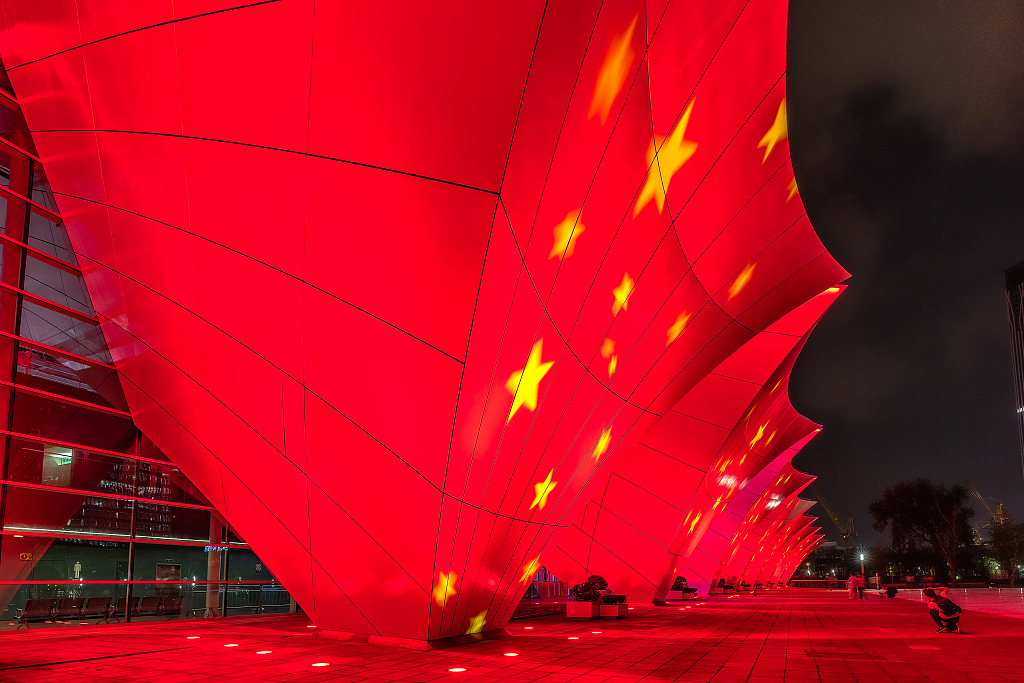