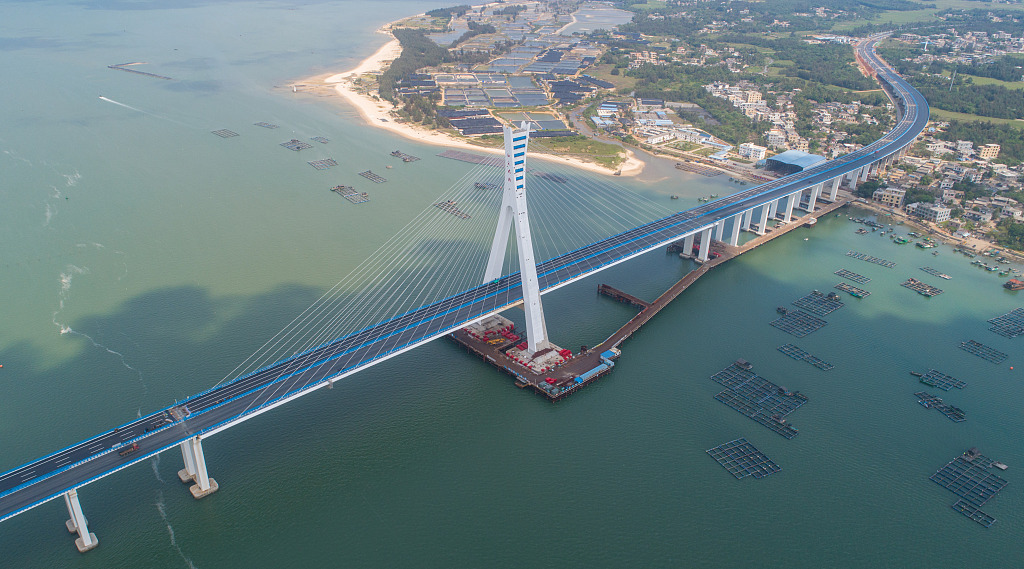 The construction of Puqian Bridge on South China’s Hainan Province has entered the final stage and will be completed and will open to traffic mid to late March. It will be officially named Haiwen Bridge after it opens. (Photos: VCG, compiled by Bao Han) 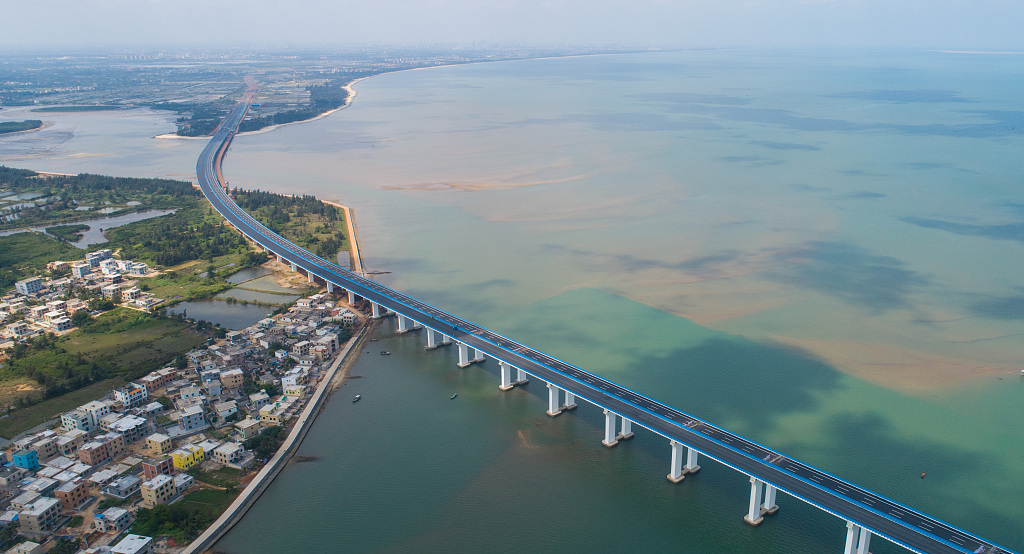 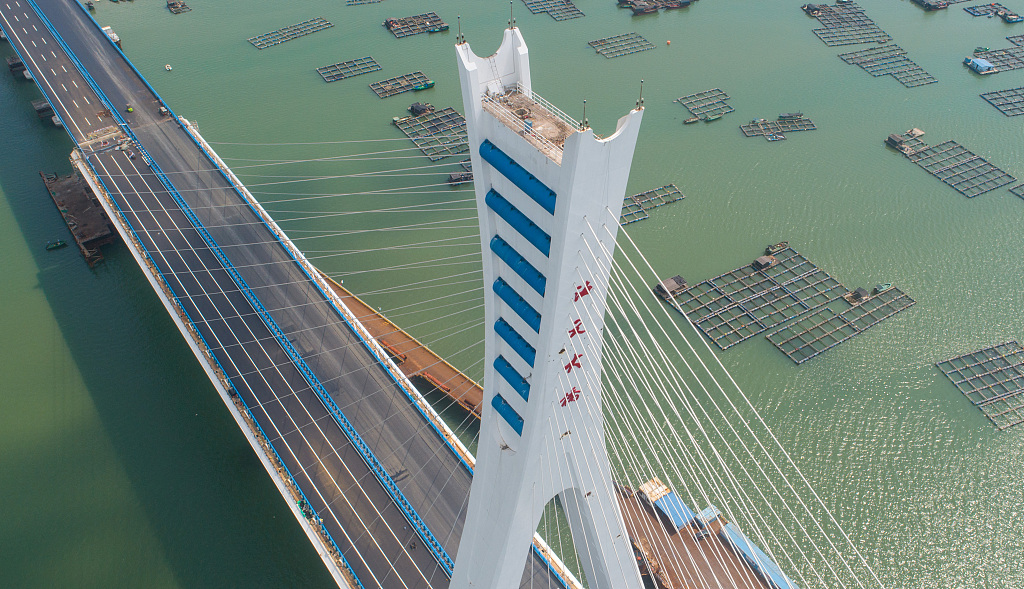 Puqian Bridge connects Puqian Town of Wencheng City and Yanfeng Town of Haikou City. It is one of the key projects to connect Wenchang Mulanwan Planning Area and Haikou’s Jiandong New District. 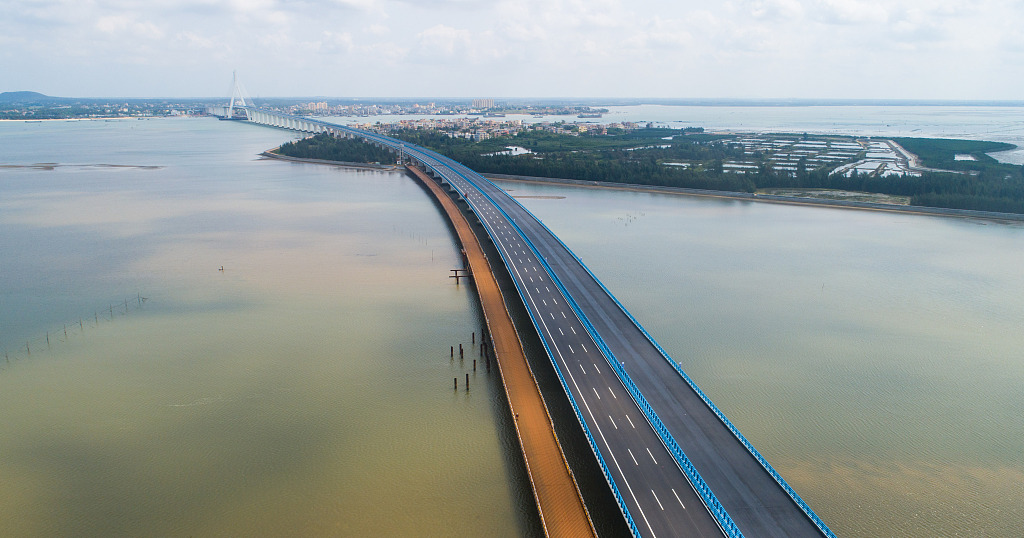 The total length of the route is 5.597 kilometers, of which the cross-sea bridge is about 3.8 kilometers long and the main bridge is 460 meters long. The tower height is 151.8 meters. The two-way, six-lane bridge construction follows a first-class highway standard, with a designed speed of 80 km/h.