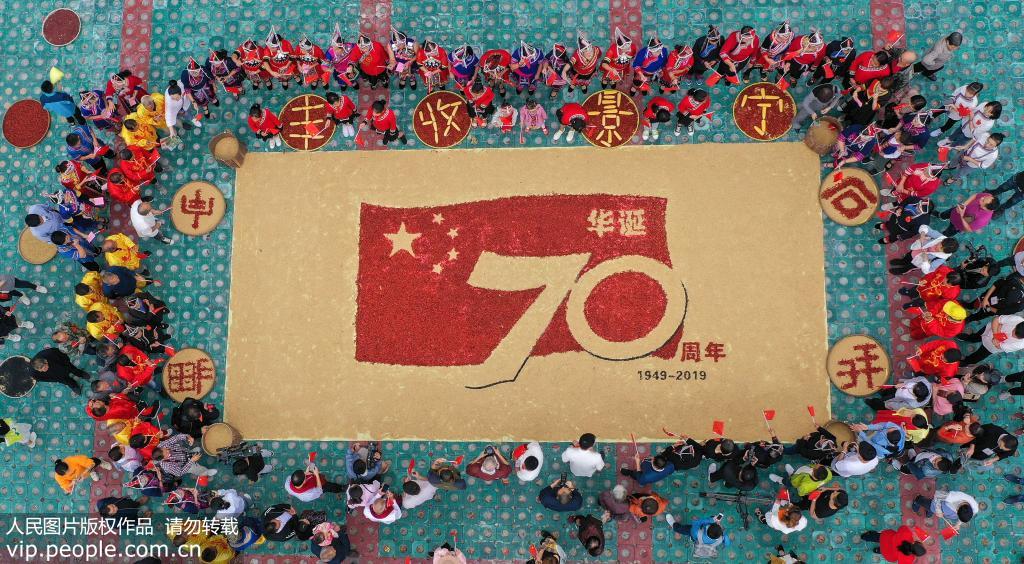 Monday marks China’s second Chinese Farmers' Harvest Festival. Farmers across the country are celebrating in their own ways. Residents from Jingning She Autonomous County, Lishui, East China's Zhejiang Province, celebrate the harvest and the upcoming National Day on September 22. 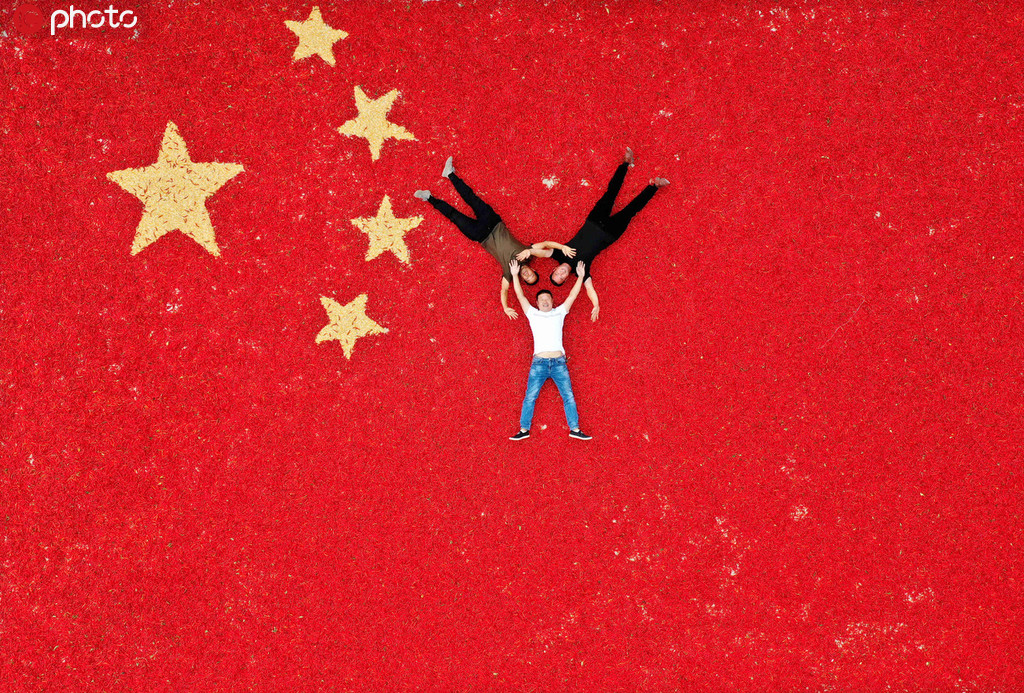 On September 20, cooperative manager Zhang Fucheng and villagers from Yichuan County, Central China’s Henan Province, shape about 1,000 kilograms of peppers into the Chinese national flag, to celebrate the harvest and the upcoming National Day. 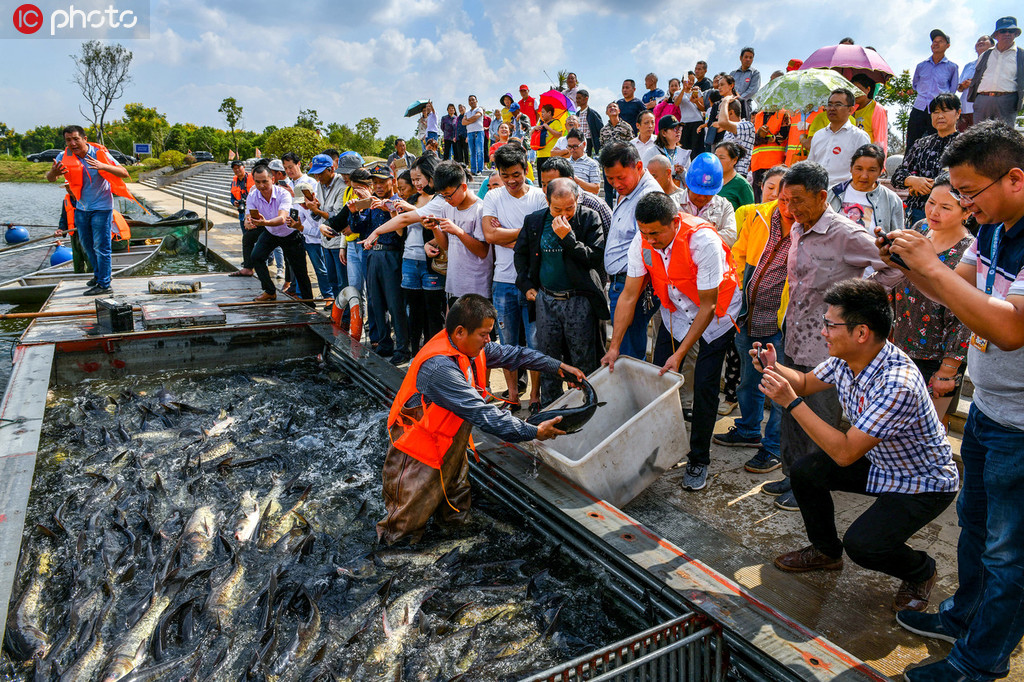 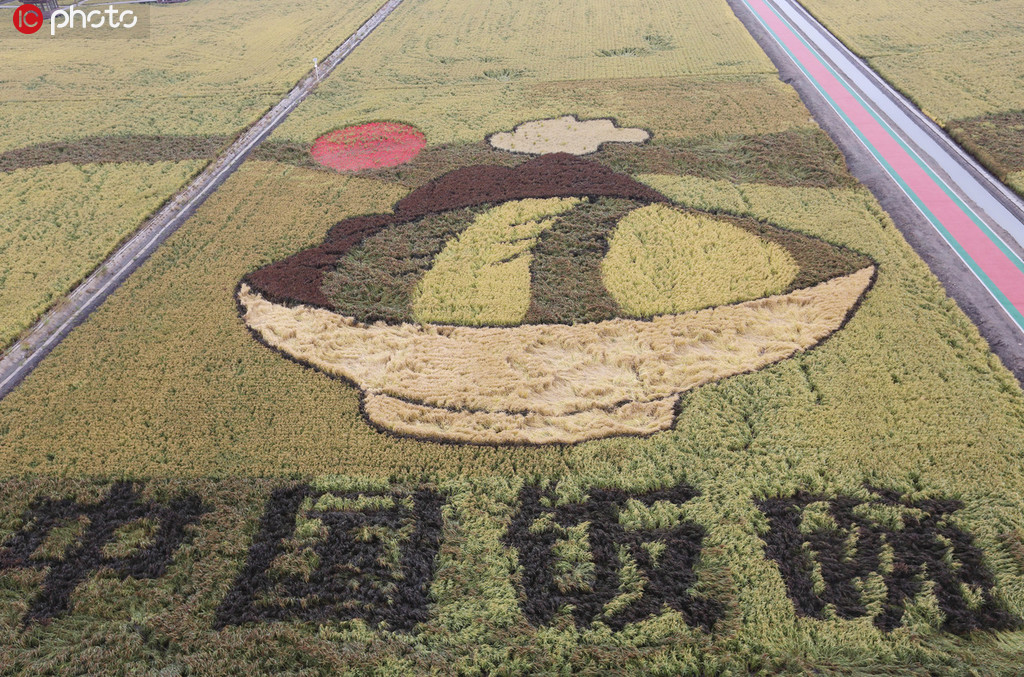 A painting of a paddy field is seen on September 21 in Northeast China’s Heilongjiang Province. The country's total grain output soared to 657.89 million tons in 2018, nearly six times of that in 1949. 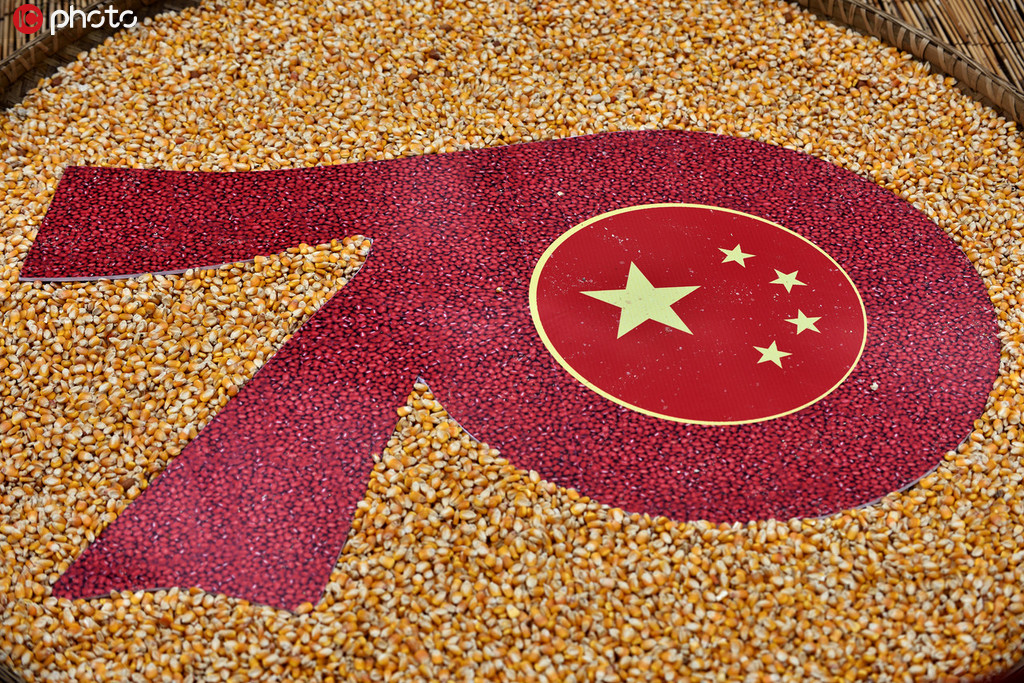 Villagers from Fuling, Chongqing, used grains to shape the number 70. This year marks the 70th anniversary of the founding of the People’s Republic of China. China's output of grain, meat, peanut, tea, and fruit has topped the world for many years. 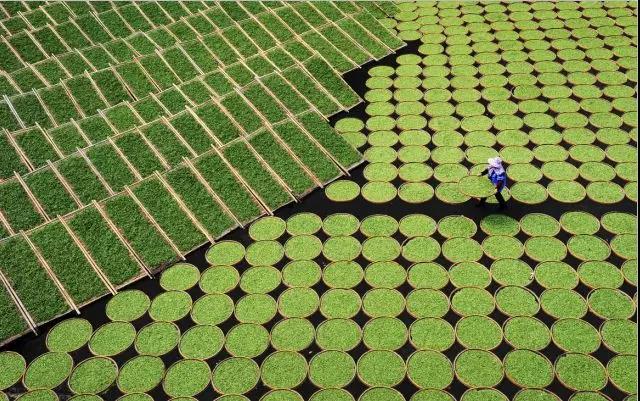 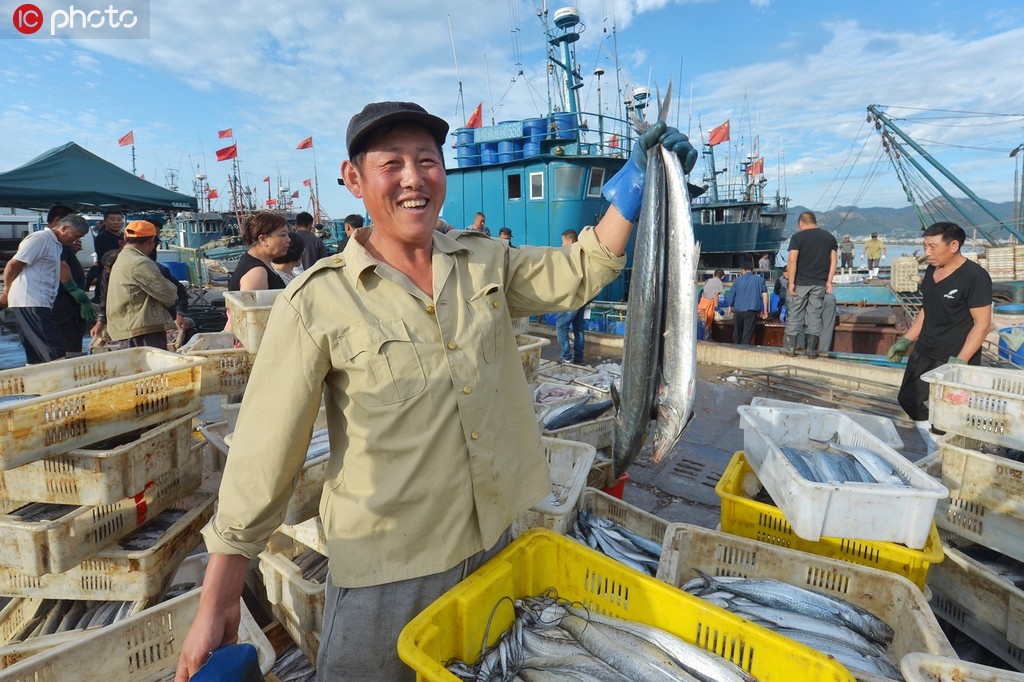 A fisherman displays his harvest at a harbor in Qingdao, Shandong Province, on September 21. 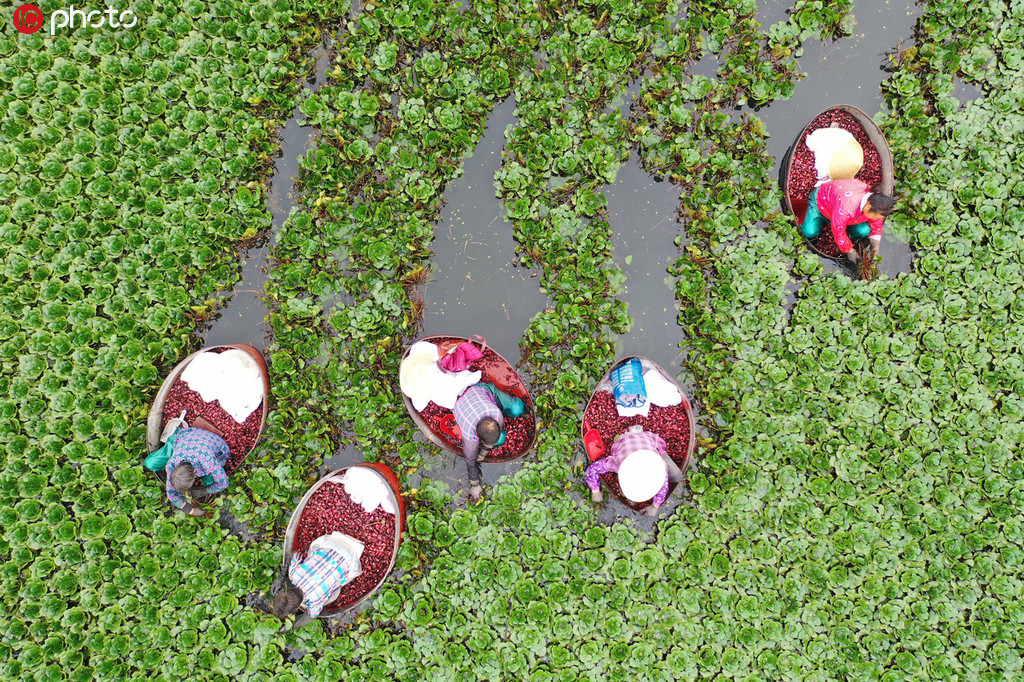 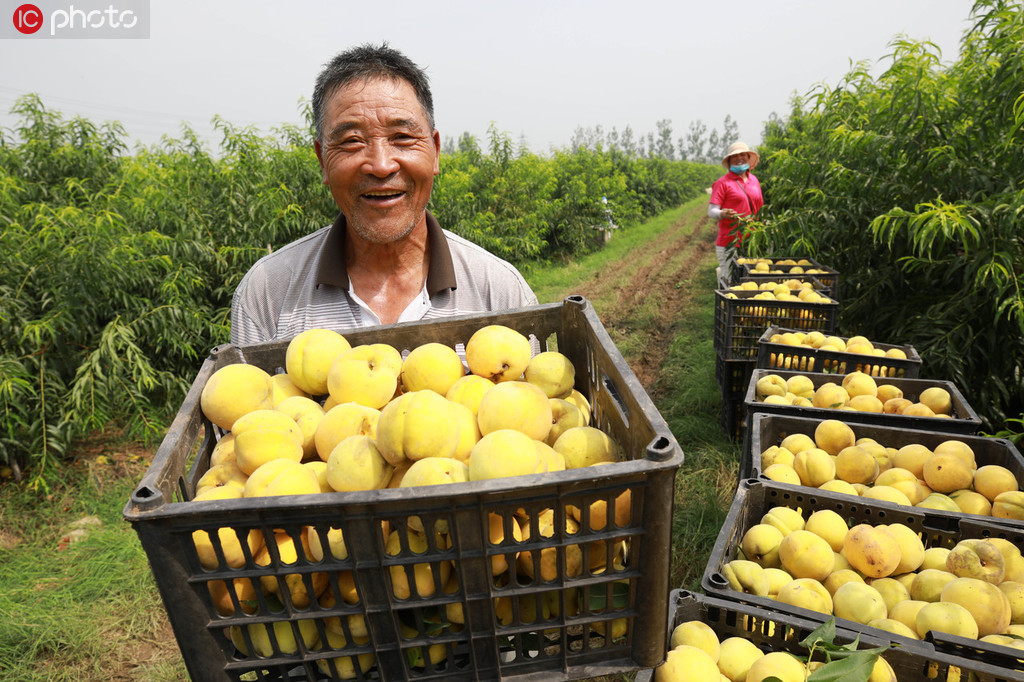 A farmer displays the yellow peaches in Lianyungang, Jiangsu Province. 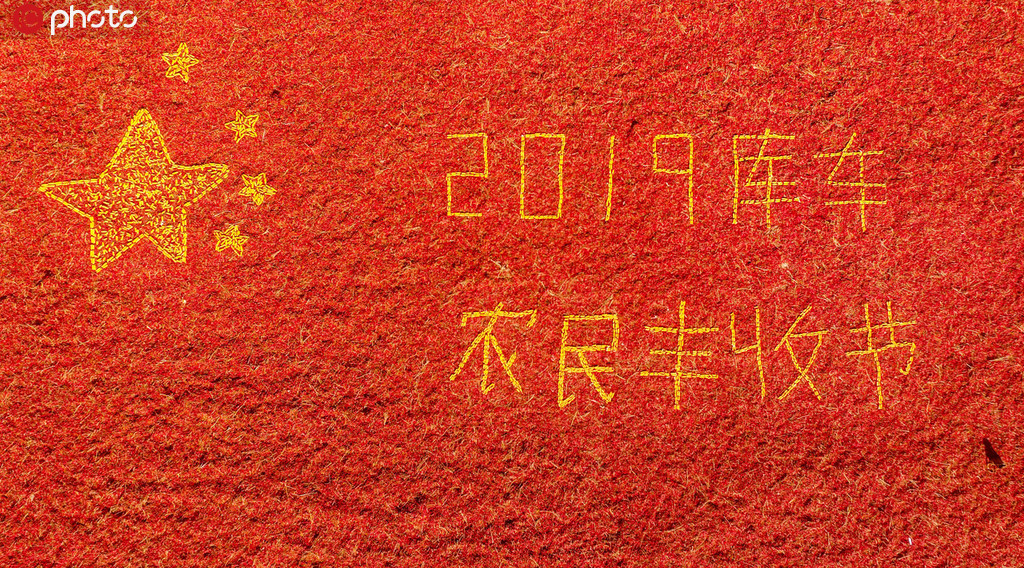 Farmers from Kuqa in the south of Xinjiang Uyghur Autonomous Region uses peppers and corn to shape the national flag. 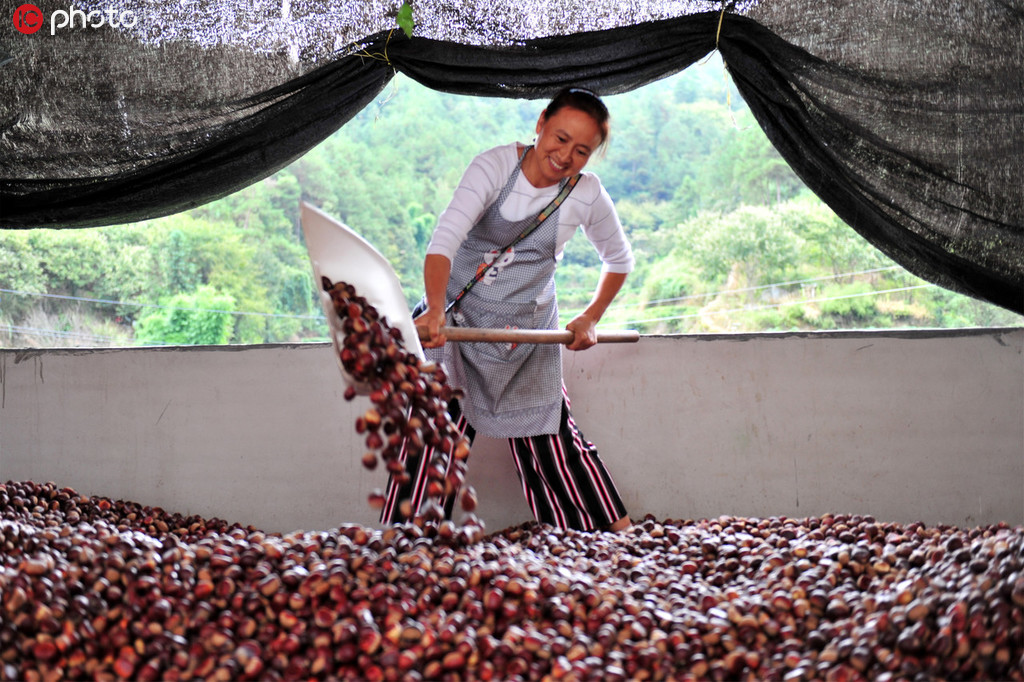 A villager stores the chestnuts from Yichang, Central China’s Hubei Province, on September 21. 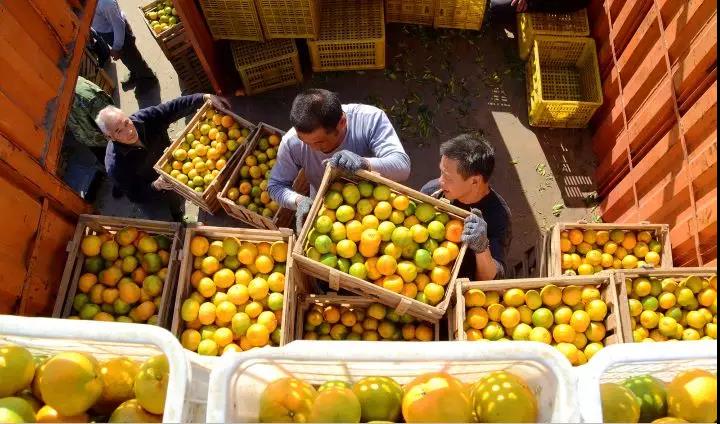