PHOTOS Herons jostle with each other before eating during freezing winter

Herons jostle with each other before eating during freezing winter 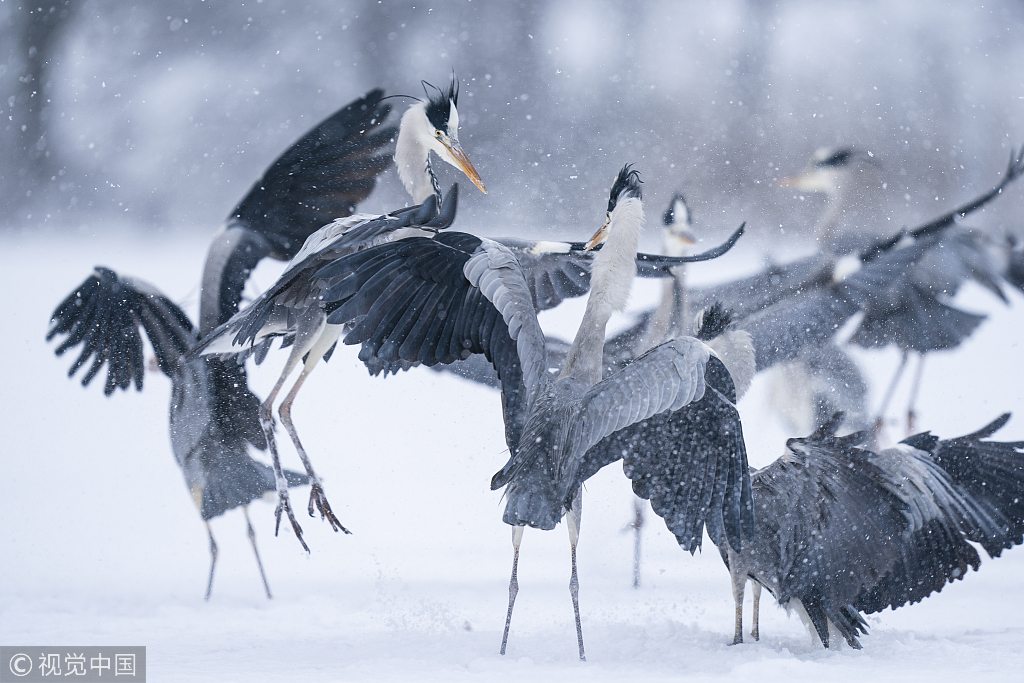 A group of herons was seen jostling with each other to get near the food during the cold winter in Sweden. /VCG Photo 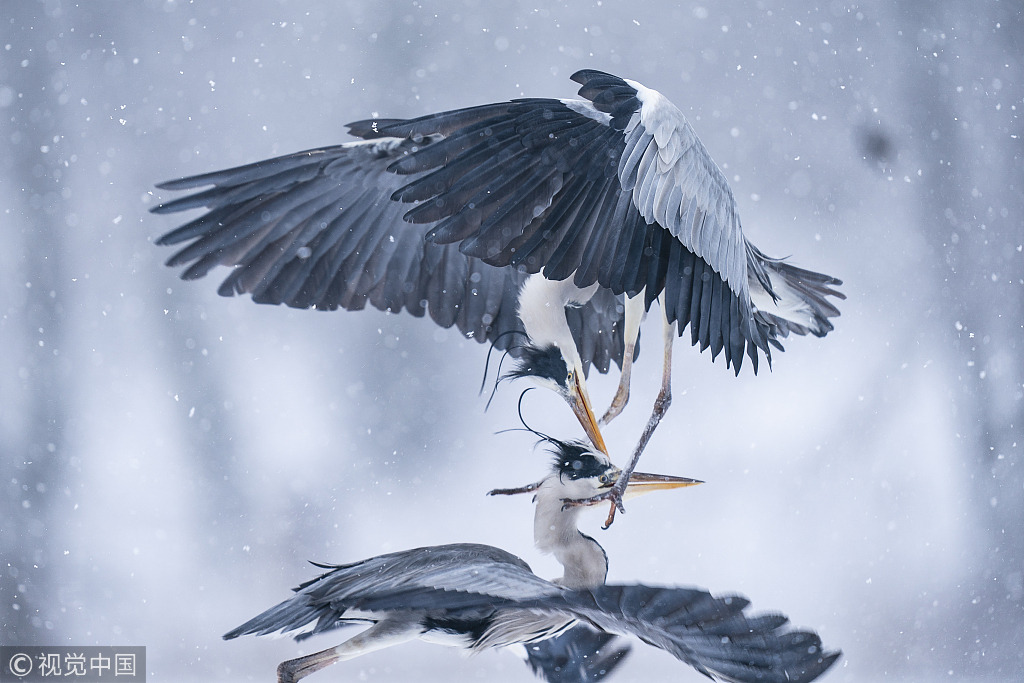 Temperatures reach as cold as -12 degrees Celcius in Stockholm, Sweden, so the city council regularly feed the local birds during the winter. /VCG Photo 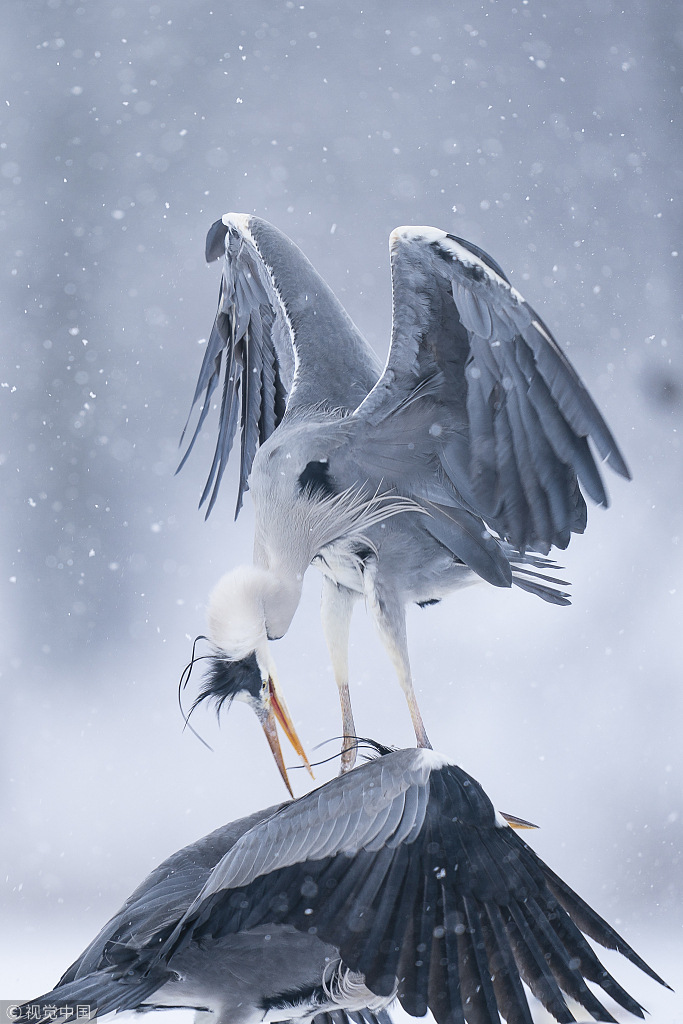 They used their claws and feet to stamp but also used their beaks to lash out at their rivals. /VCG Photo