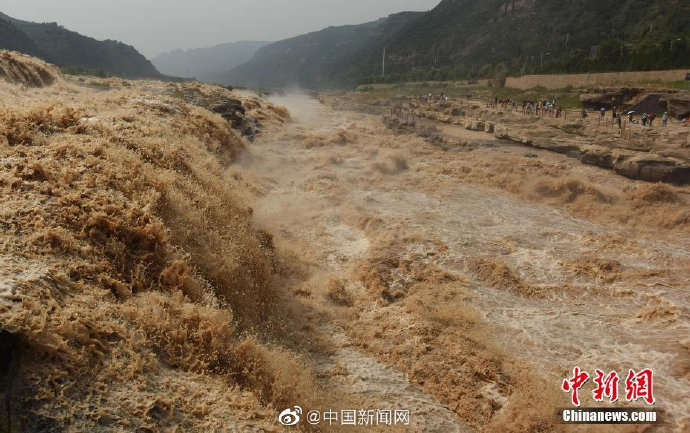 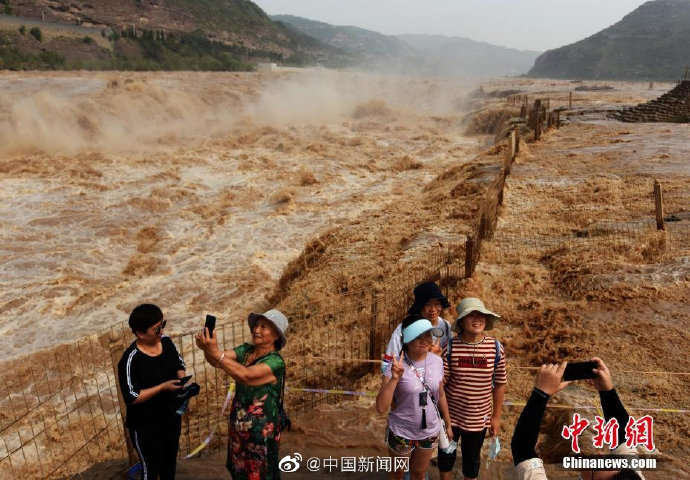 The Hukou Waterfall is the world's largest yellow waterfall. Picture shows tourists taking photos of the spectacular view of the cascading waterfall and raging torrent. 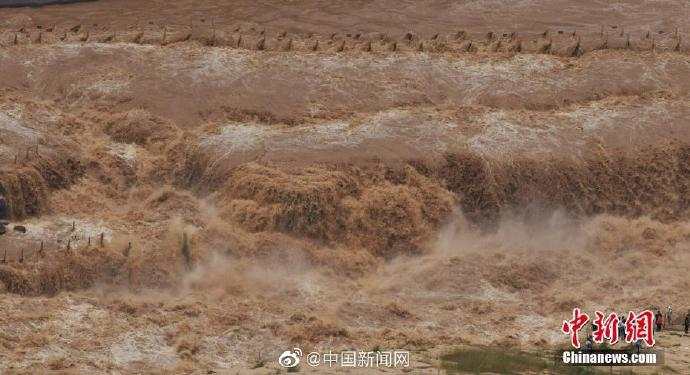 Following increased rainfall at the upper reaches and water discharged from reservoirs, the water volume of the waterfall has surged to its highest level since the flood period, at more than 2,700 cubic meters per second.