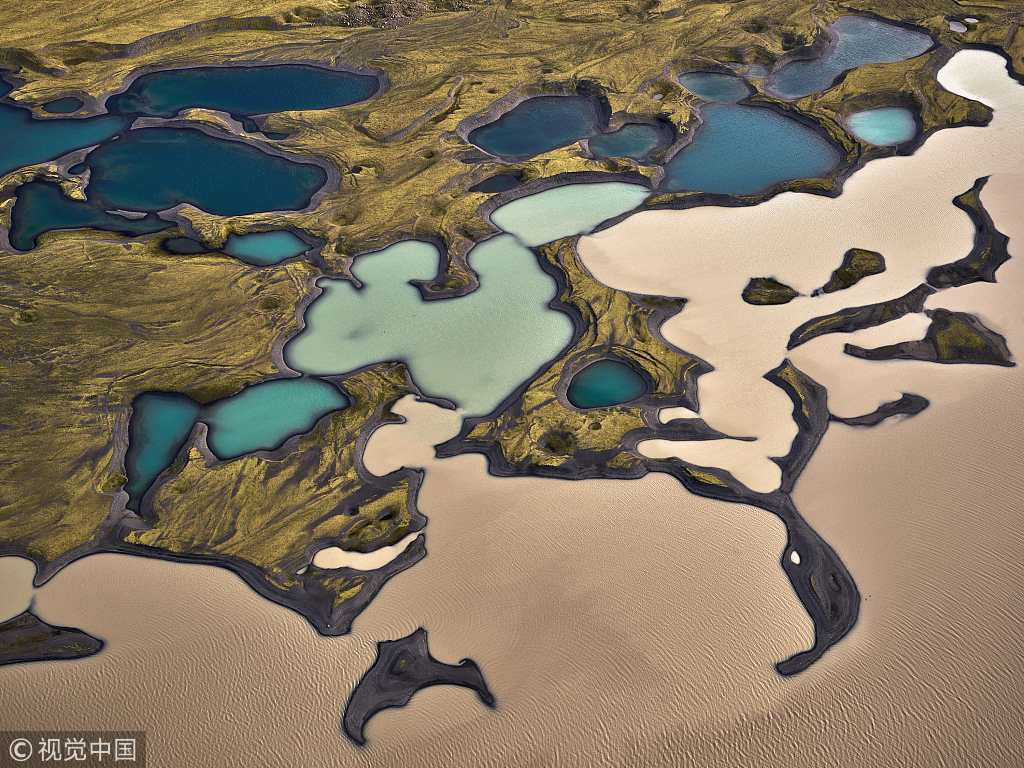 Stunning aerial photos show a landscape in Iceland of green and blue hues created from melting glaciers, which form many small lakes on the field. (Photos: VCG) 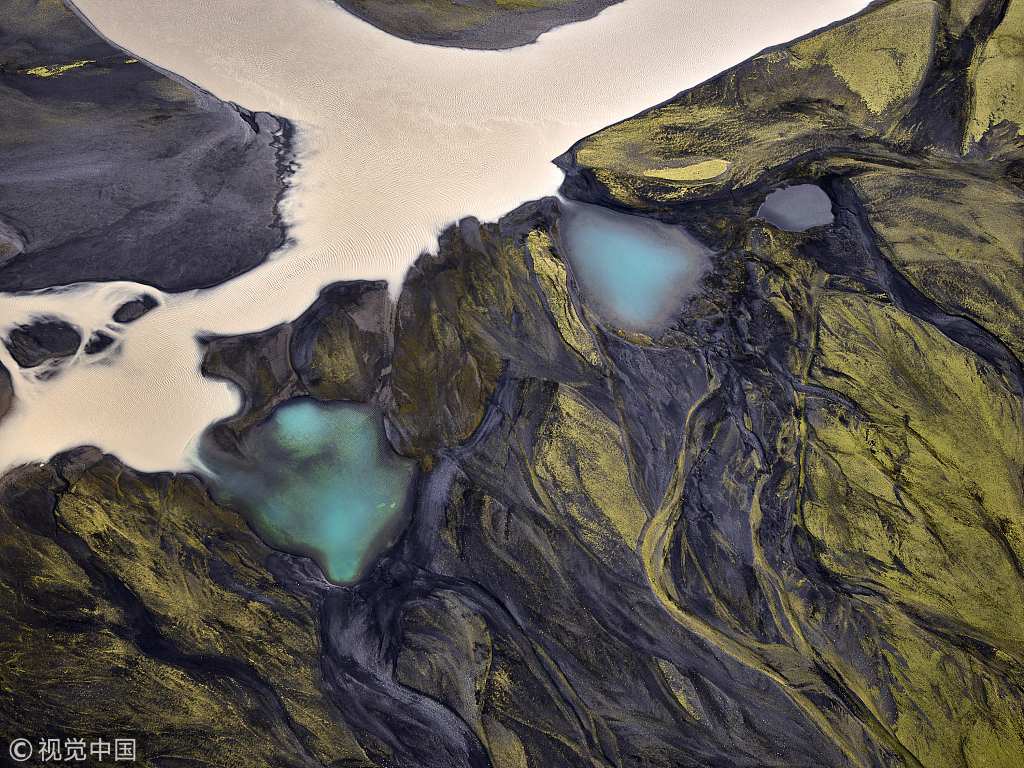 The pictures were captured by Stas Bartnikas, a charity worker from Russia when he flew across the island nation in a light aircraft. 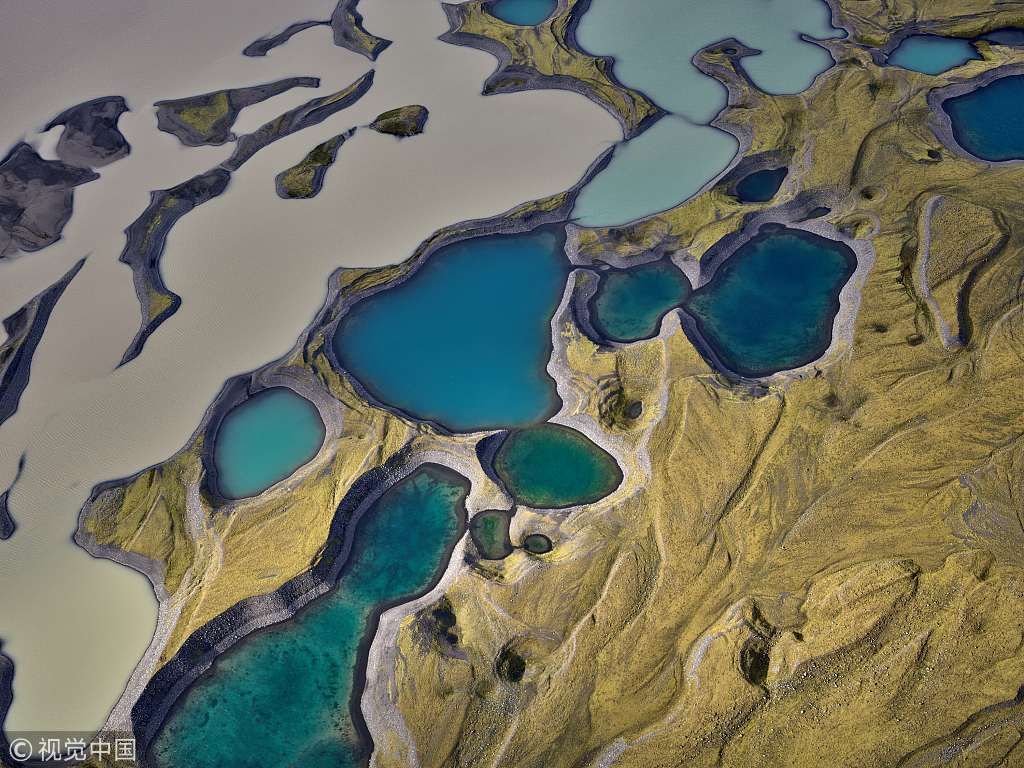 Climate change has made Iceland greener. The disappearance of ice on the island threatens its status as "the Land of Fire and Ice," as many Icelanders call their homeland. 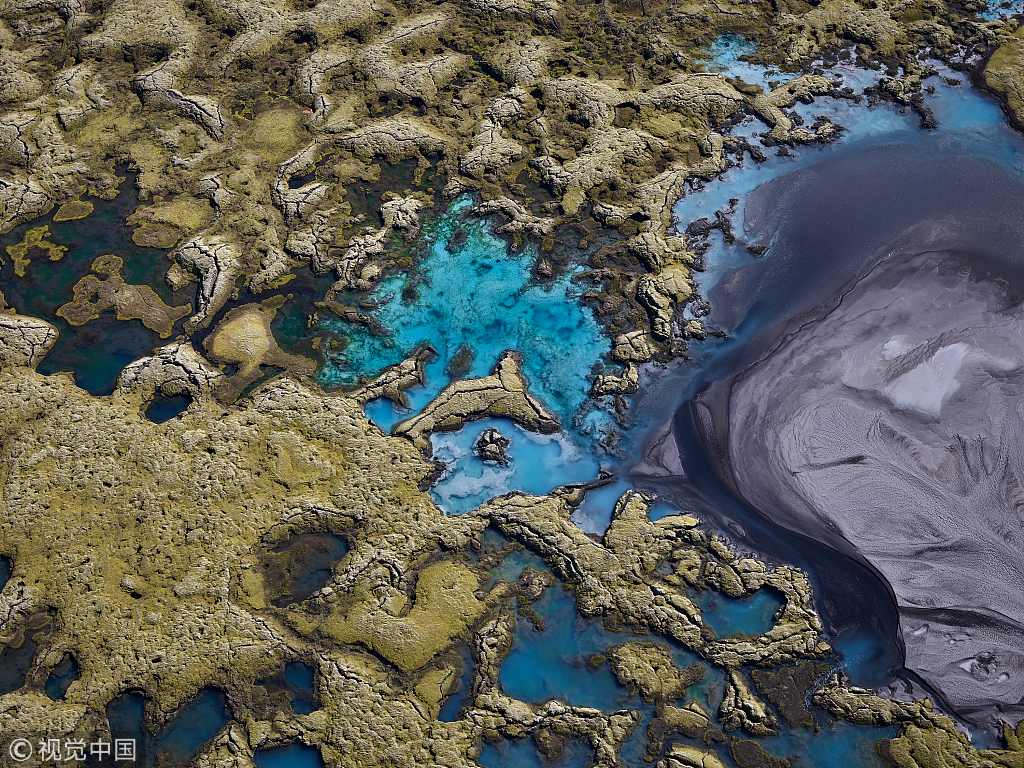 According to Oddur Sigurdsson, a geologist at the Icelandic Meteorological Office, the glaciers will completely disappear within 200 years.