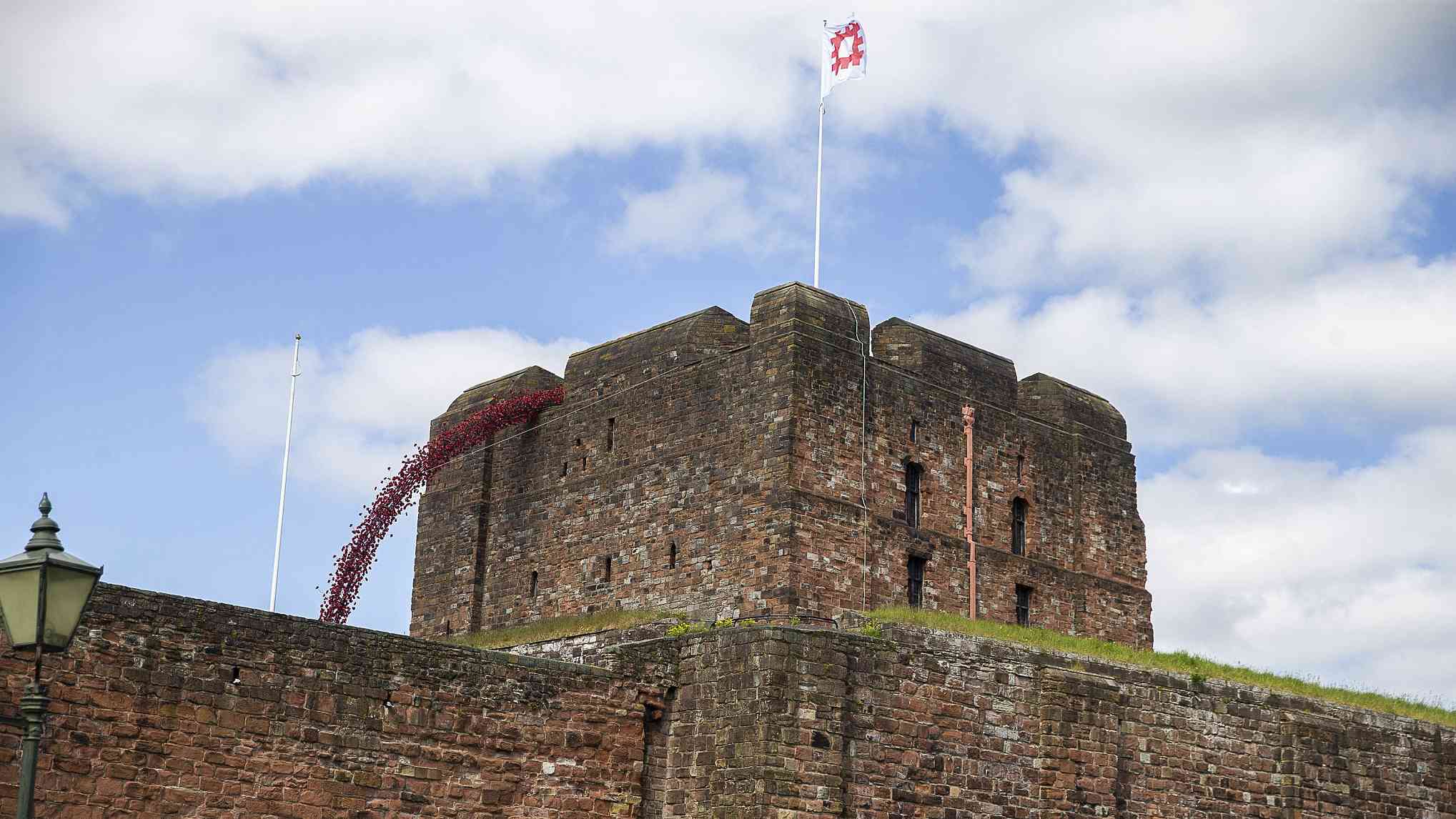 "Weeping Window," an iconic poppy sculpture created by artist Paul Cummins and designer Tom Piper, opened at Carlisle Castle in the UK on May 23. /VCG Photo 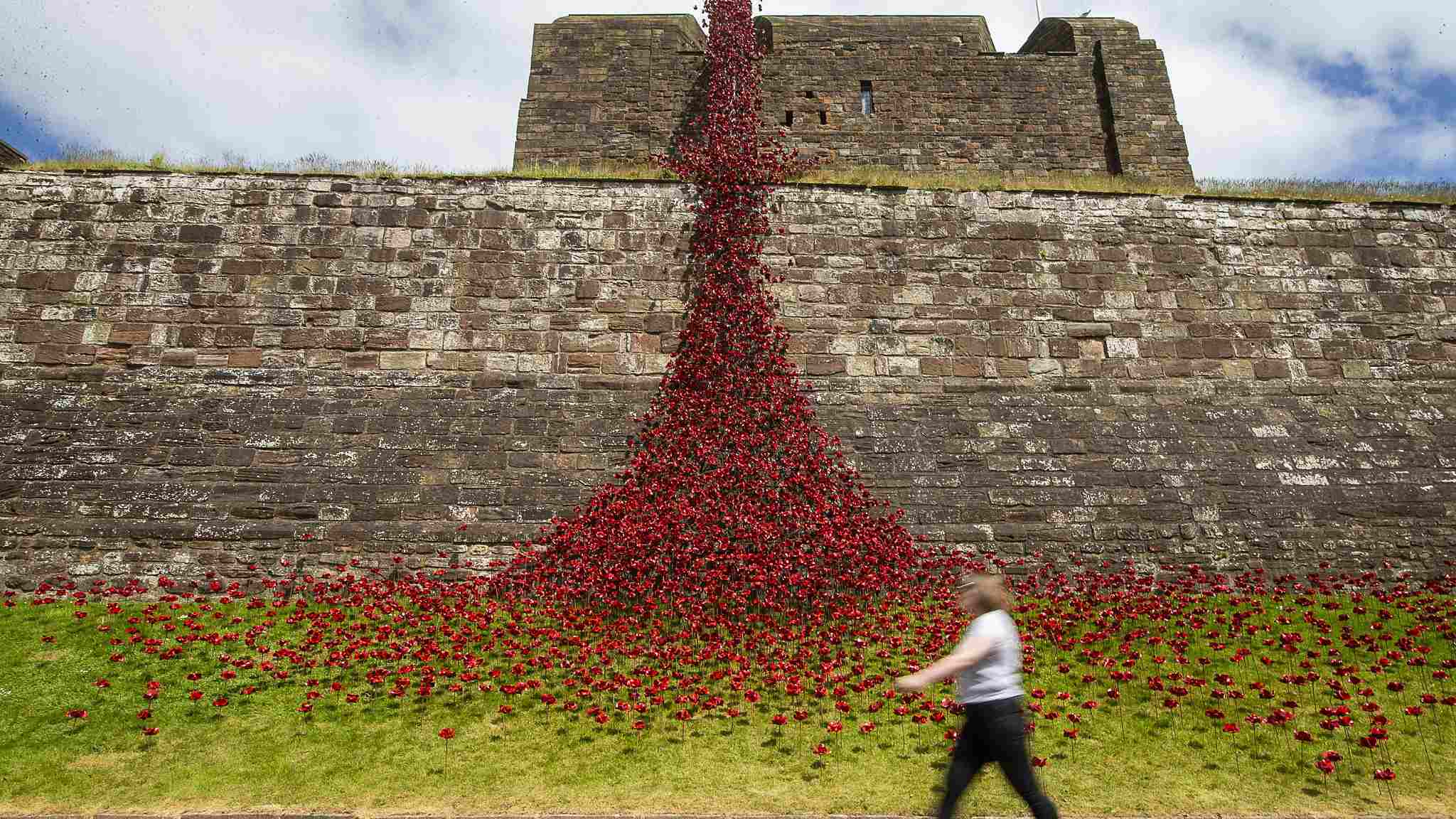 Made of 6,000 terra-cotta poppies with metal stems, the display was designed to give visitors the impression of liquid flowing – recalling the blood that was shed during the war. /VCG Photo 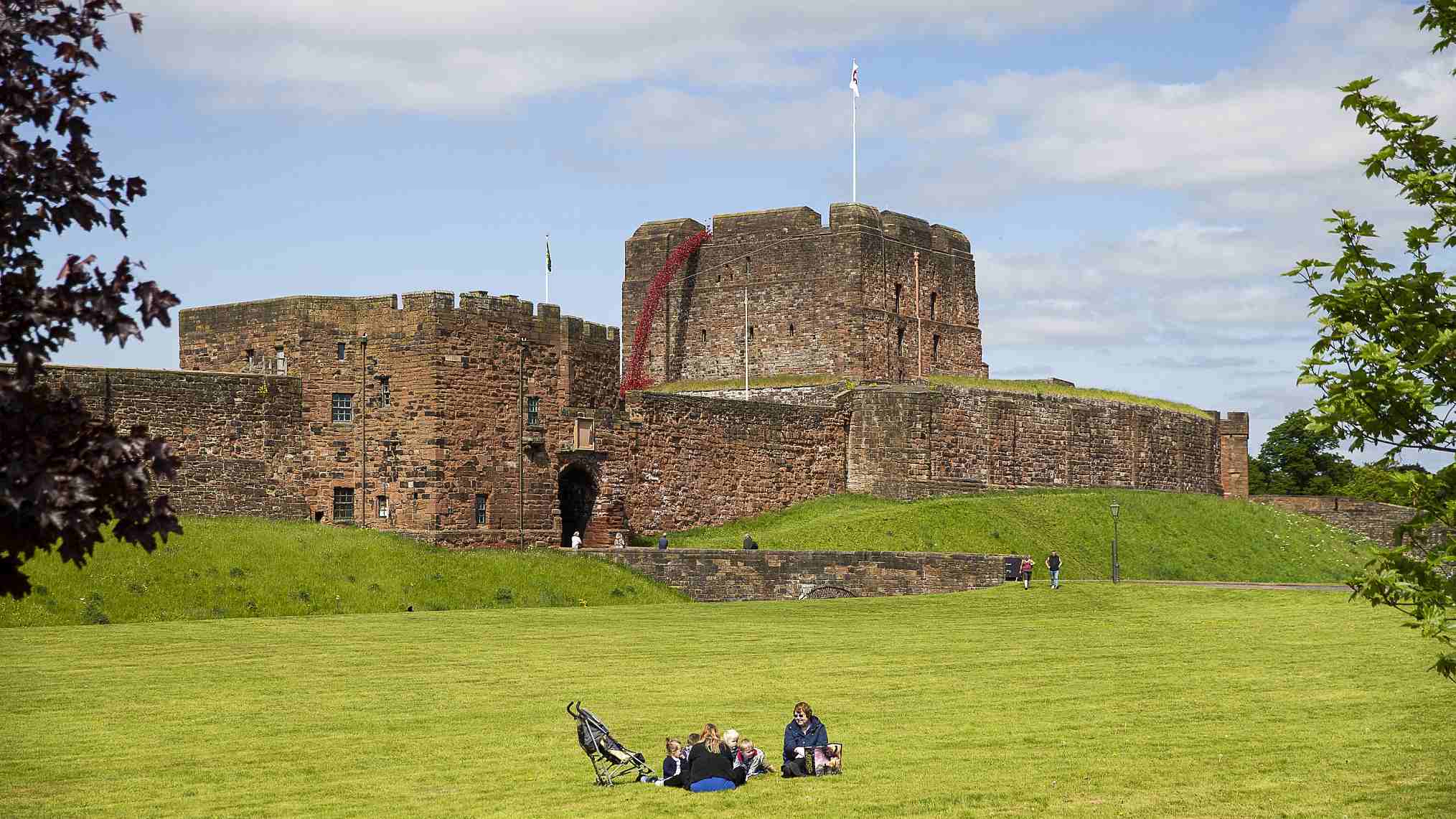 Carlisle Castle, once the headquarters for one of the oldest British armies during World War I, was a training facility for over 23,000 recruits for the front line. “The castle has a very strong association with the First World War. It was a very important place,” Kate Mavor, chief executive of English Heritage looking after the castle, said. /VCG Photo 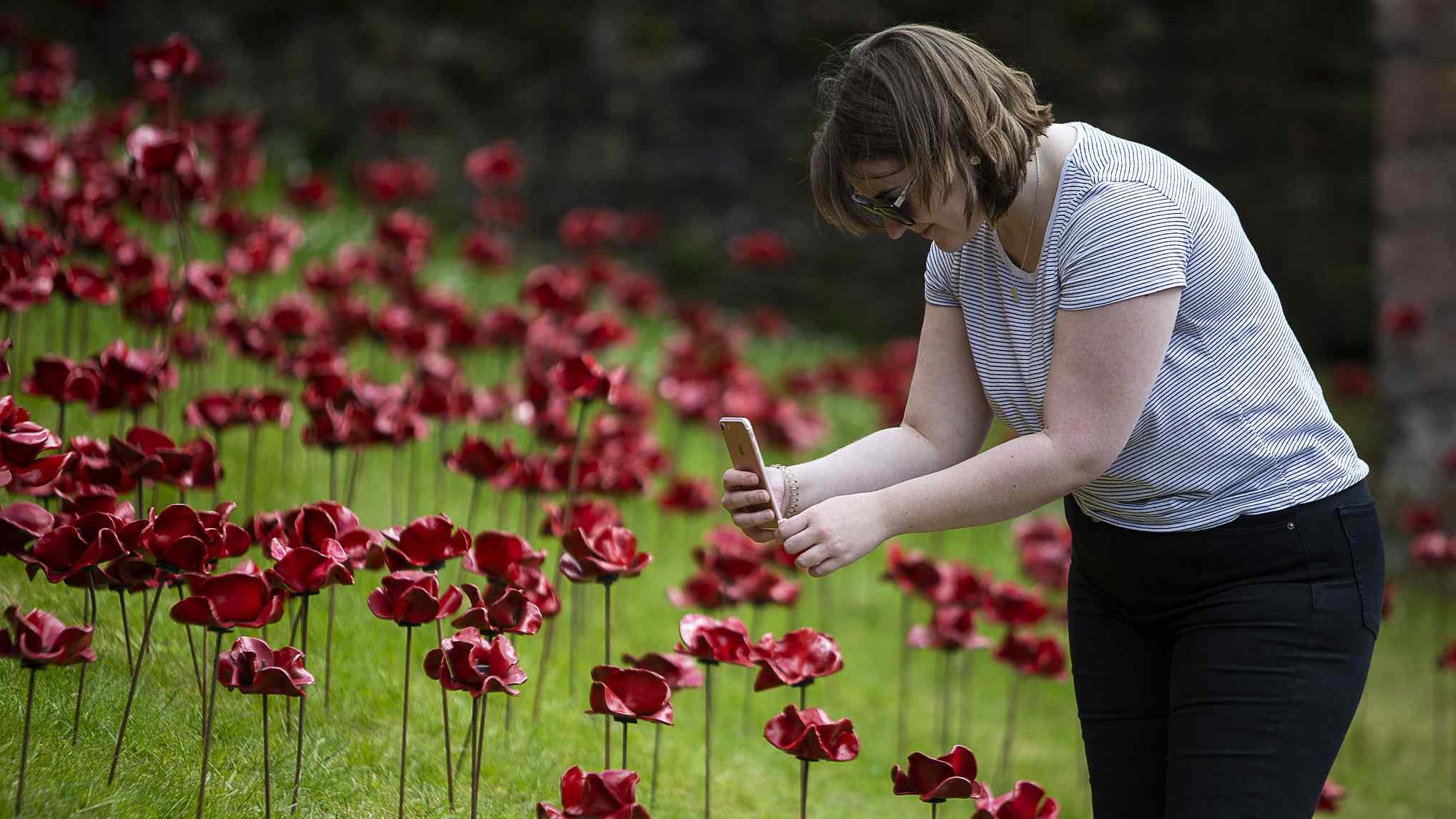 Partly owned by 14-18 Now, an arts program aiming to connect people to World War I, the display has toured around the UK and displayed in 15 locations./VCG Photo