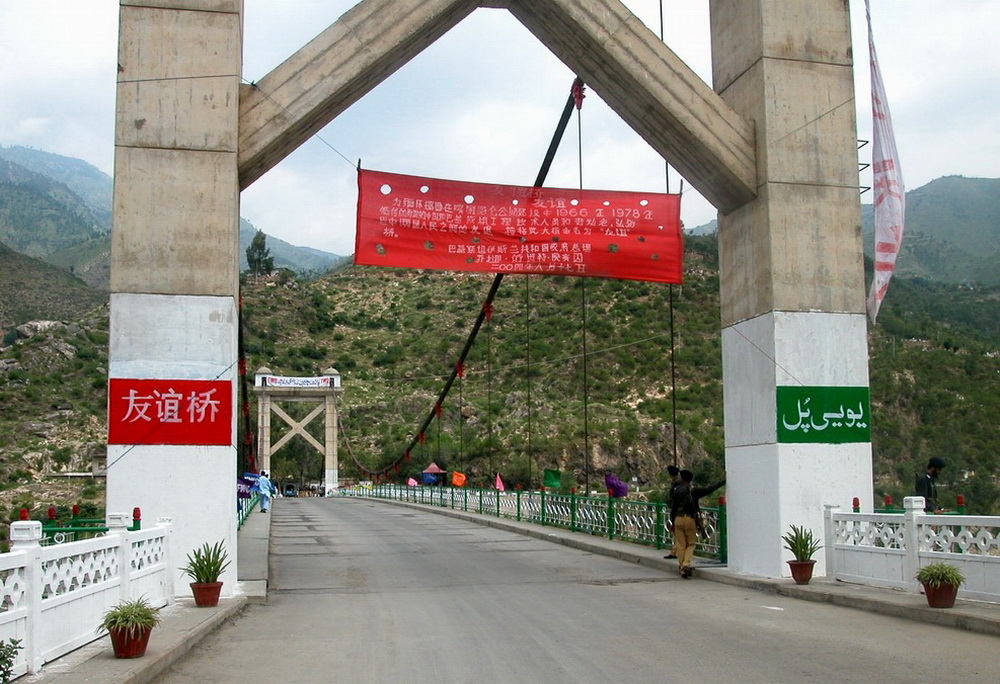 The Youyi (Friendship) Bridge across the Indus River in the city of Thakolt, North Pakistan's Frontier Province on August 17, 2004. This bridge on the Karakoram Highway was so named in memory of the engineers and workers from both countries who lost their lives in the joint construction of the highway between 1966 and 1978. 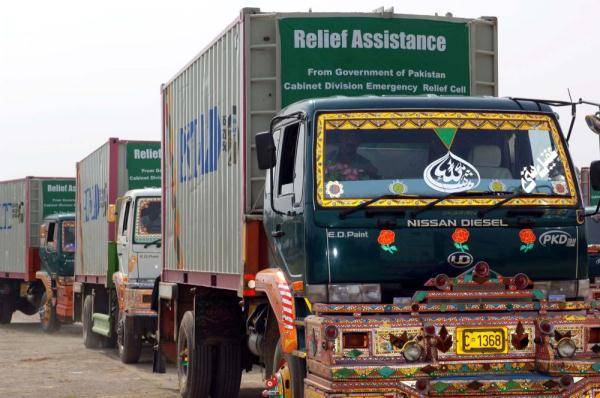 Trucks carrying 6,000 tents set off from a police headquarters in Islamabad, capital of Pakistan, along the Karakoram Highway on May 21, 2008 towards China’s earthquake-stricken areas. A devastating earthquake struck Wenchuan in Southwest China’s Sichuan Province on May 12 that year. 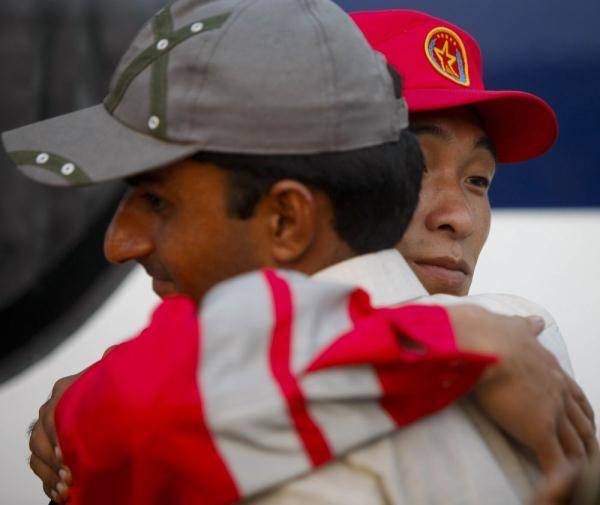 A Chinese rescue team member (right) bids farewell to a Pakistani friend on September 14, 2010. Pakistan in 2010 was hit by a devastating flood that lasted more than a month. The Chinese government dispatched two rescue teams. 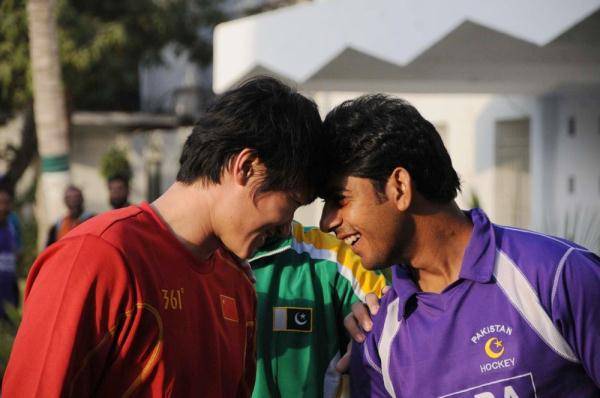 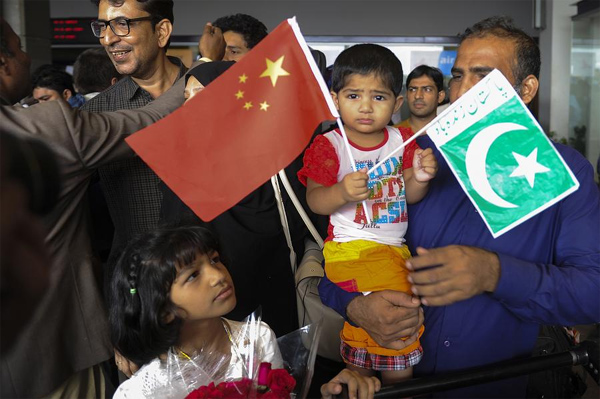 Pakistani evacuees arrive at an airport in Chaklala, Rawalpindi, Pakistan on April 3, 2015. A day earlier 176 Pakistanis boarded the Chinese frigate Linyi at the Port of Aden in Yemen as war threatened to engulf the region. 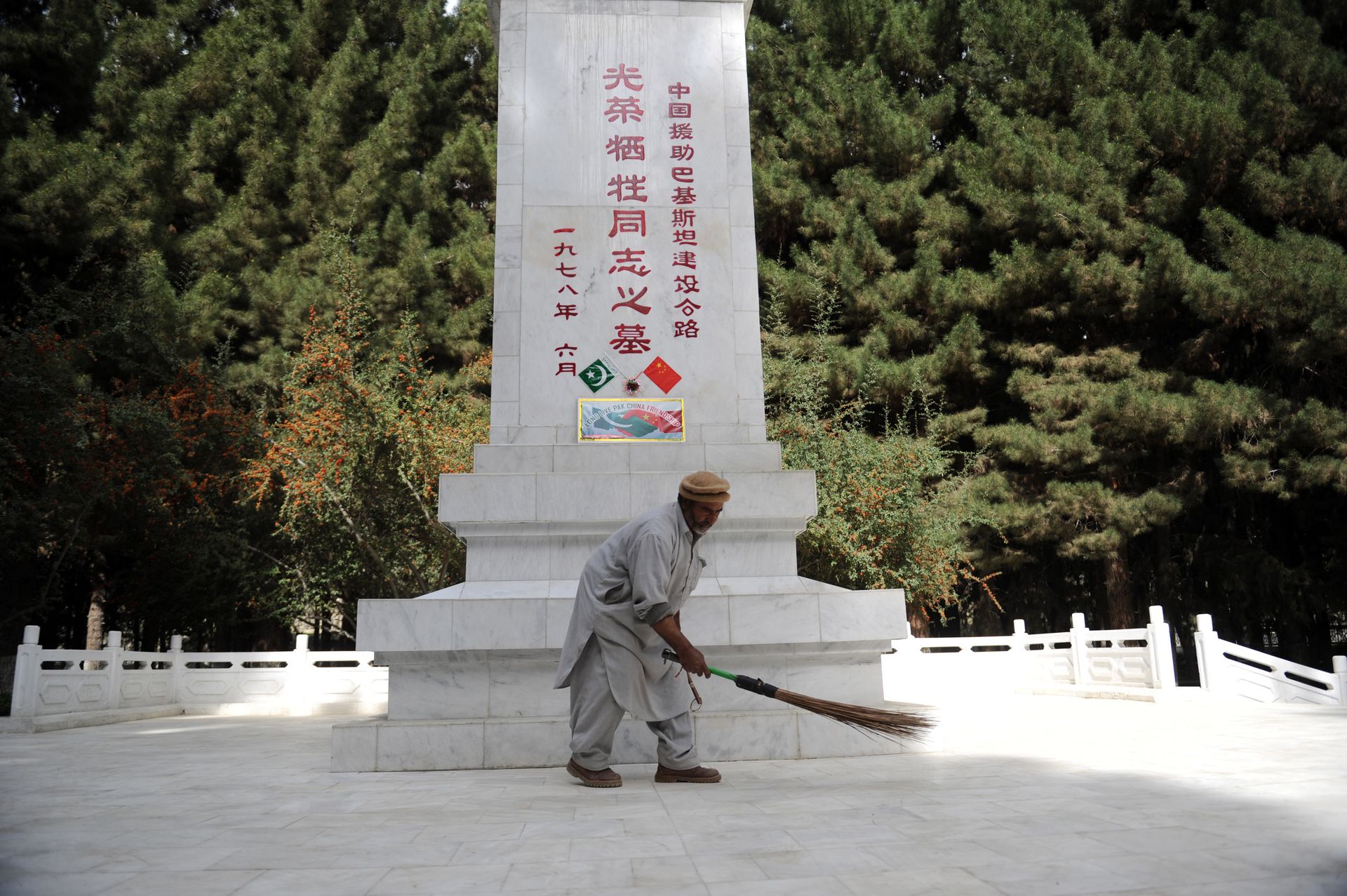 Villager Ali Ahmed, who has volunteered to guard the mausoleum since 1978, tidies up a cemetery on the eastern outskirts of the northern Pakistani city of Gilgit on March 25, 2015. Eighty-eight Chinese are buried here. They died building the Karakoram Highway, a joint project of China and Pakistan. 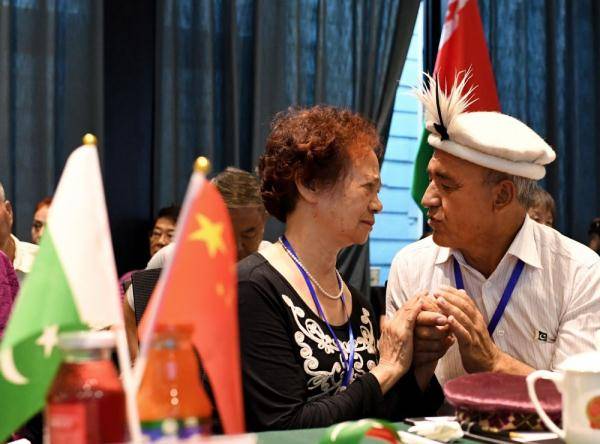 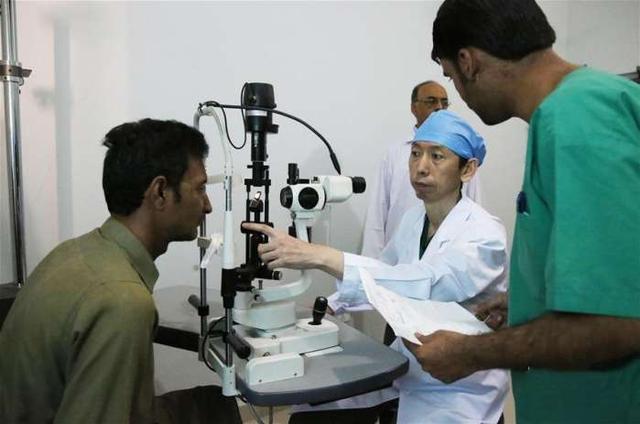 Dr Li Zhaohui (second from right), director of ophthalmology at the General Hospital of the Chinese People's Liberation Army in Beijing, examined patients’ eyes on January 15, 2018 during the “Bright Journey Pakistan” tour in Karachi, Pakistan. Nine Chinese ophthalmologists operated on 529 cataract patients in Pakistan over 10 days. 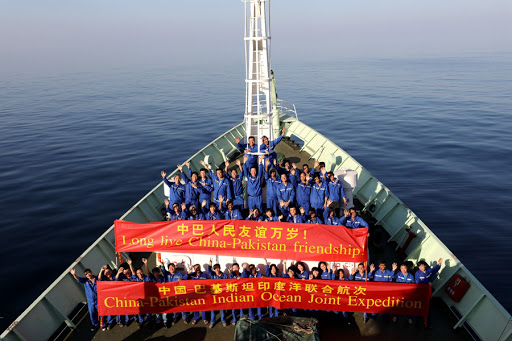 Chinese and Pakistani team members take a group photo on the Experiment 3 scientific research ship on January 19, 2018. At the invitation of the Pakistan National Marine Research Institute, the research ship owned by the South China Sea Institute of Chinese Academy of Sciences, carried out its first joint mission in the Makran Trench in the northern Indian Ocean. It was the first time a Chinese research vessel visited the area. 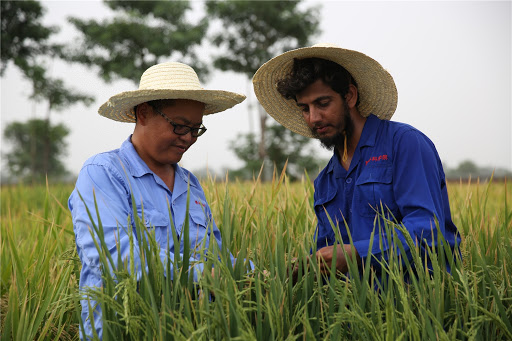 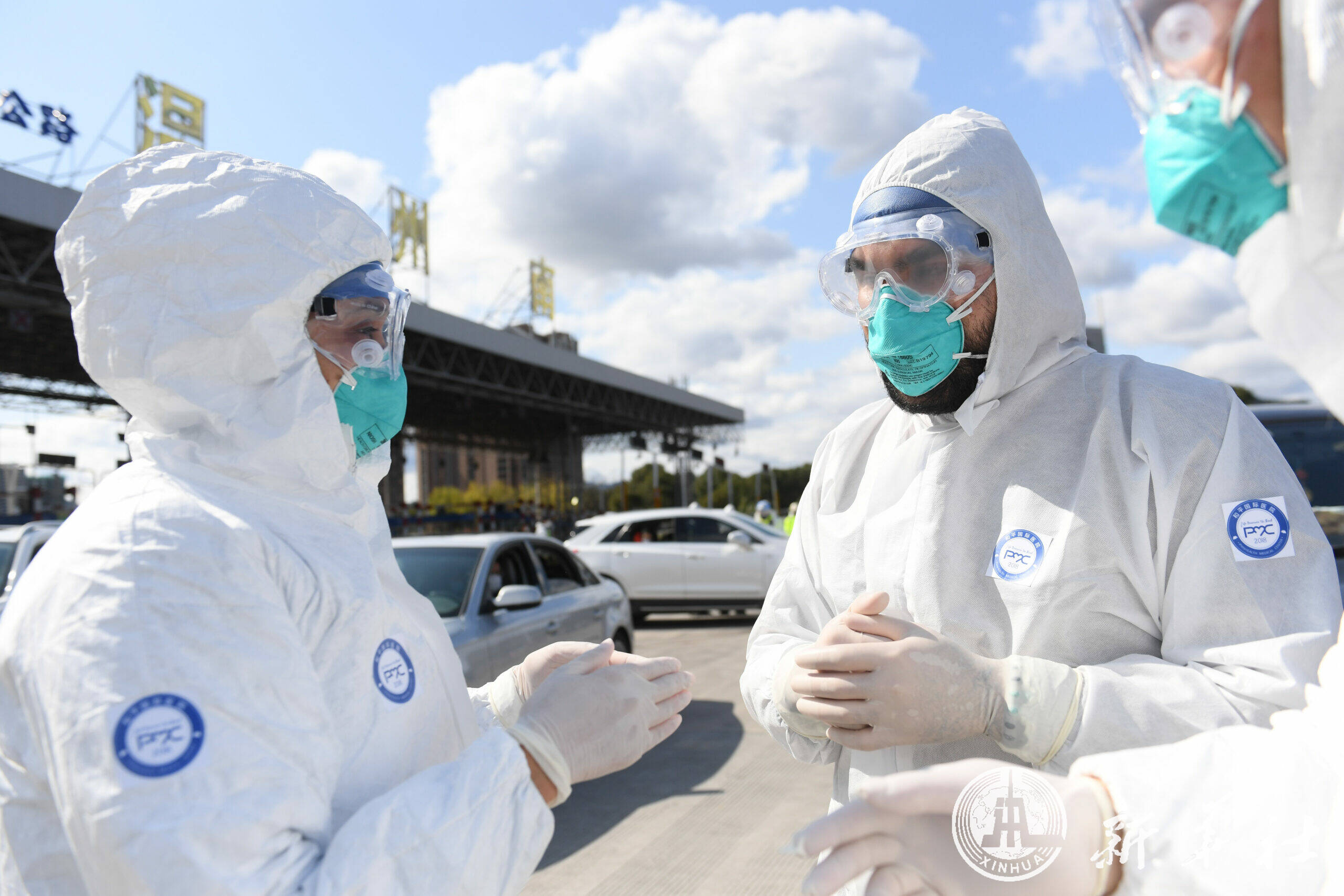 Pakistanis with the Chinese names "Hao Mengde" (middle) and wife "Suma" (left) discuss how to handle a passenger with an abnormal temperature at the south expressway checkpoint of Wenzhou, East China’s Zhejiang Province, on February 8, 2020. During the COVID-19 outbreak, the couple joined volunteers from Wenzhou Peace International Hospital to carry out temperature screening at the checkpoint. 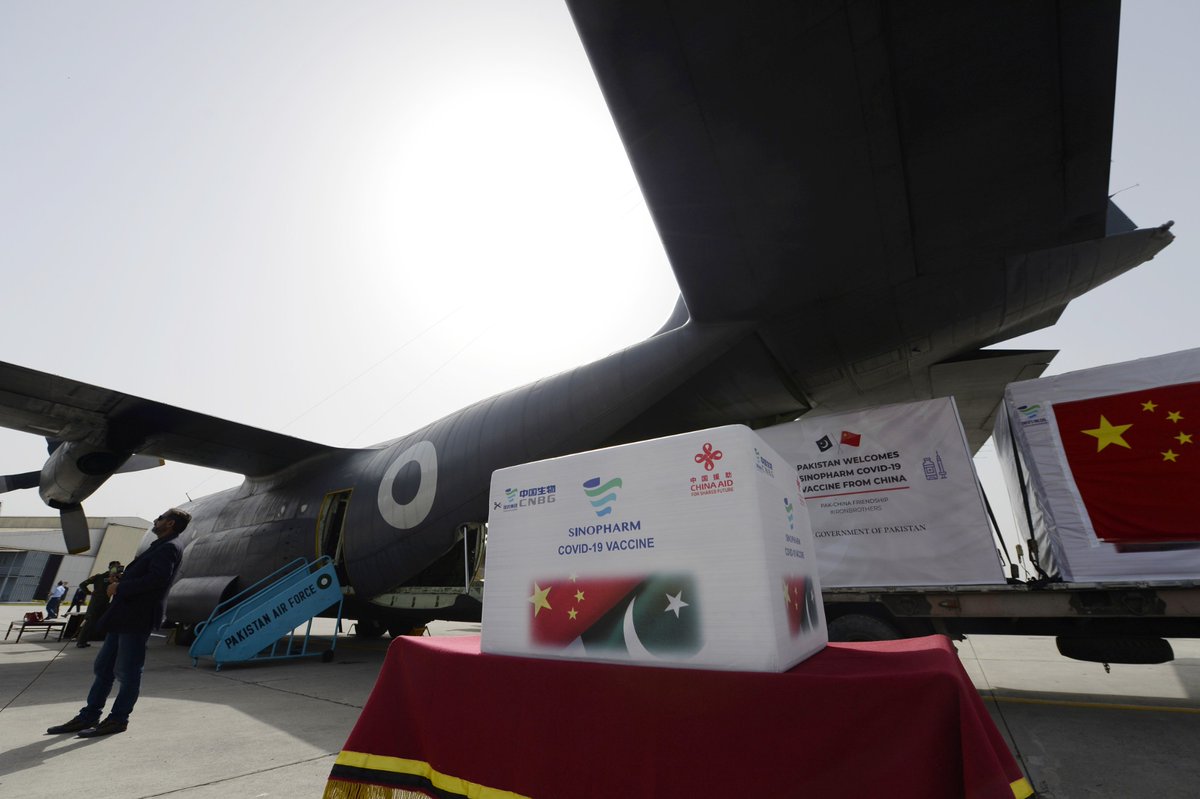