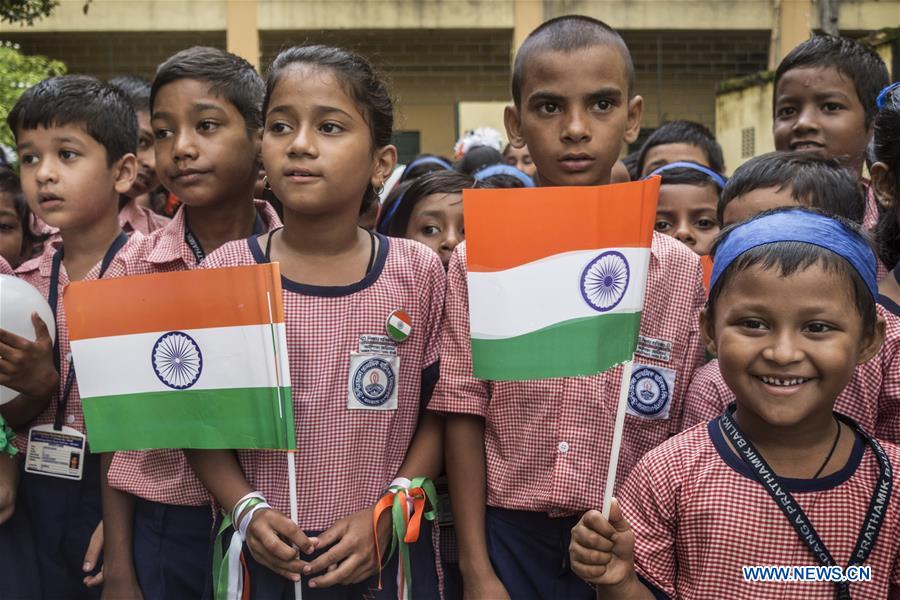 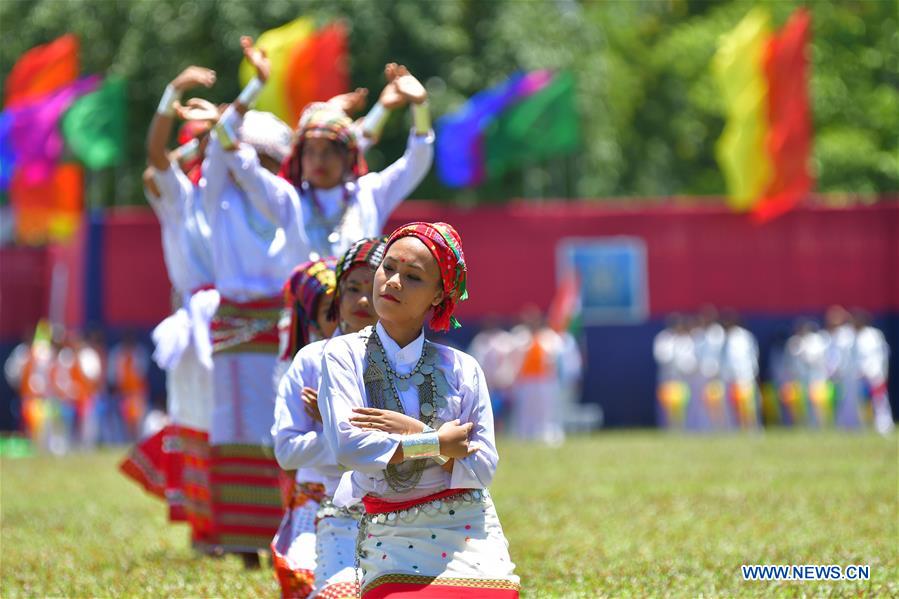 Indian school students perform on the occasion of Independence Day in Agartala, capital of the northeastern state of Tripura, India on Aug. 15, 2018. 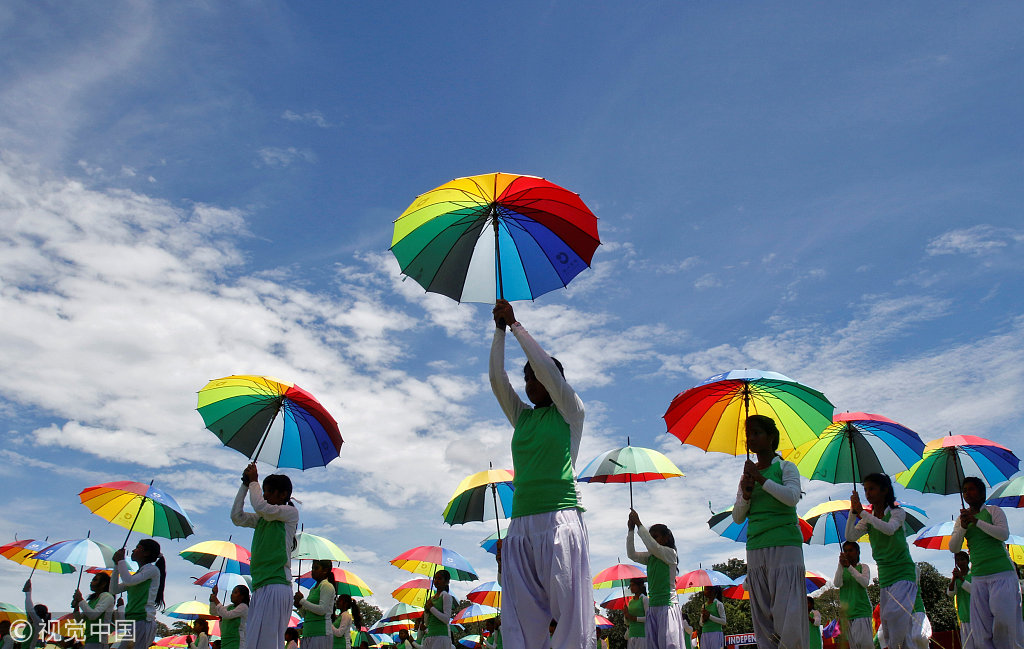 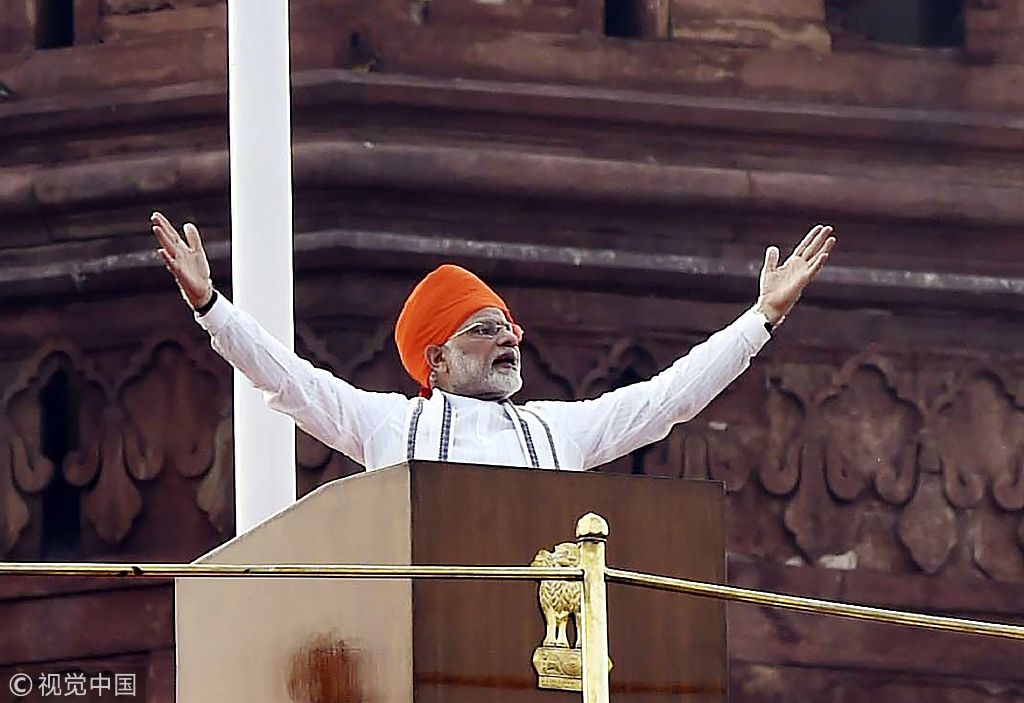 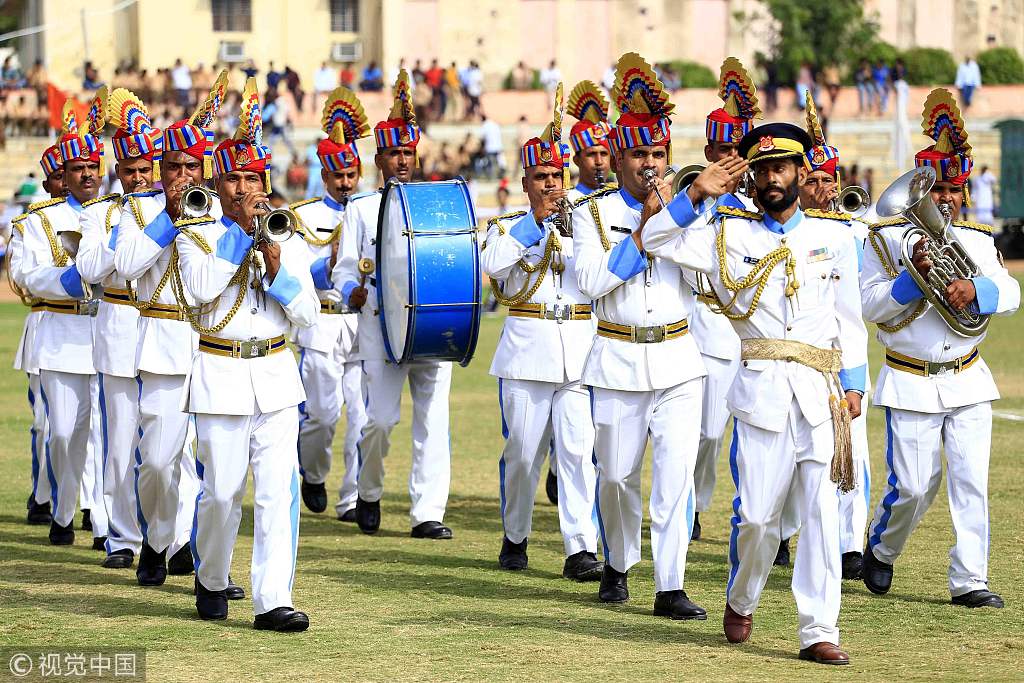 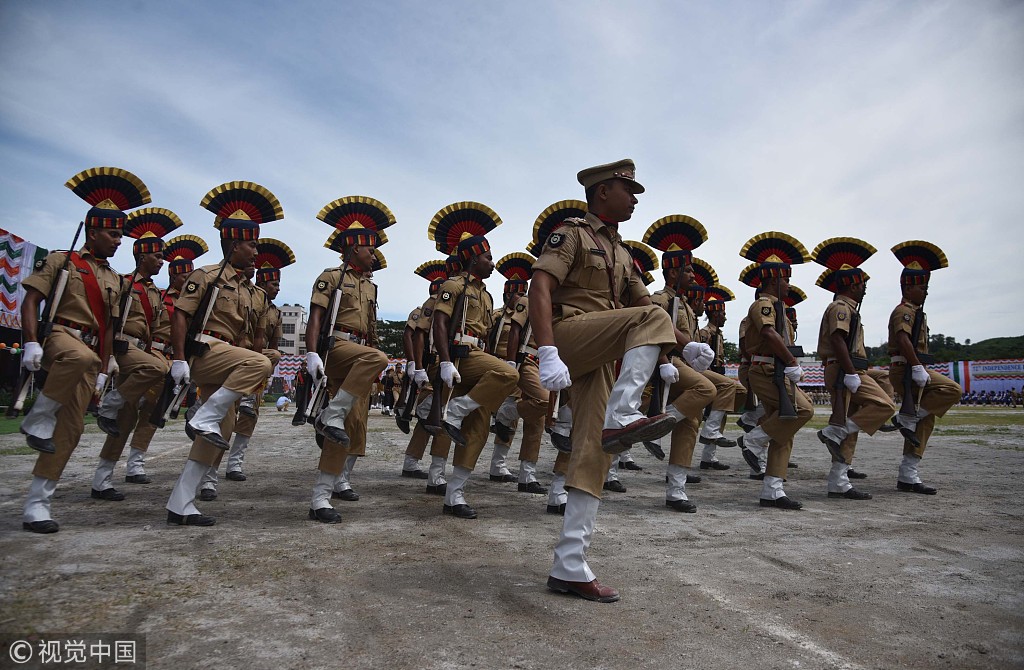