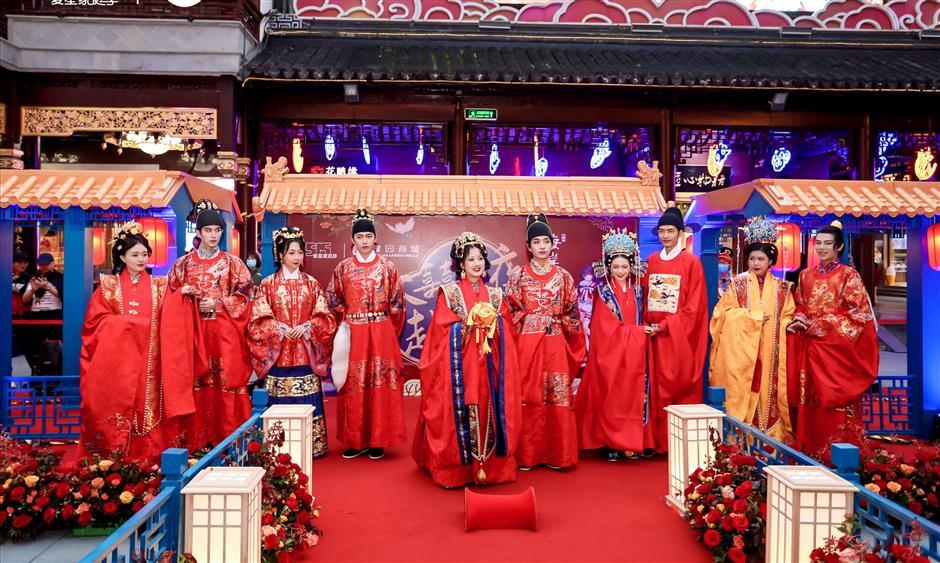 A traditional Chinese wedding at the Yuyuan Garden scenic area. 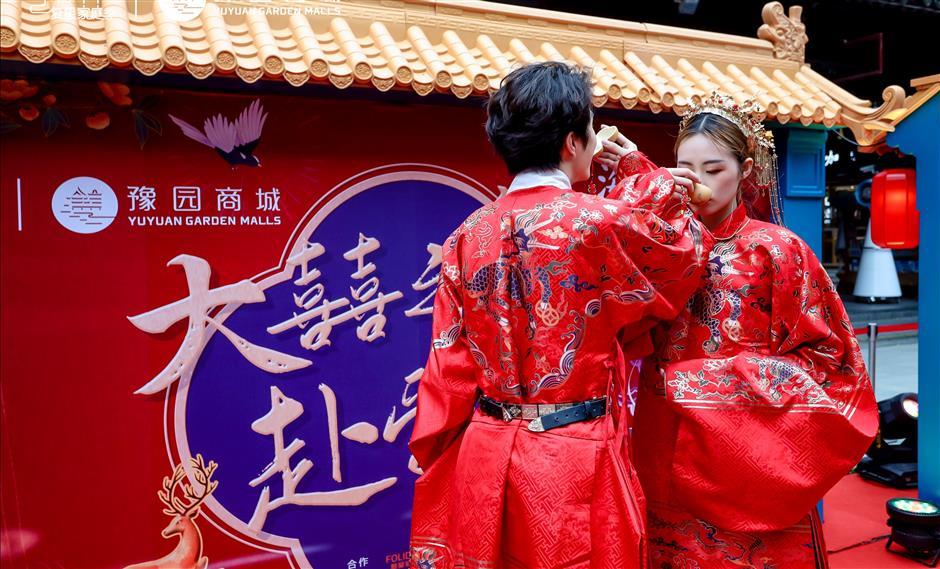 A marriage peak was seen in Shanghai on Thursday as May 20 sounds similar to "I love you" in Chinese, making it one of the most popular dates to say "I do." 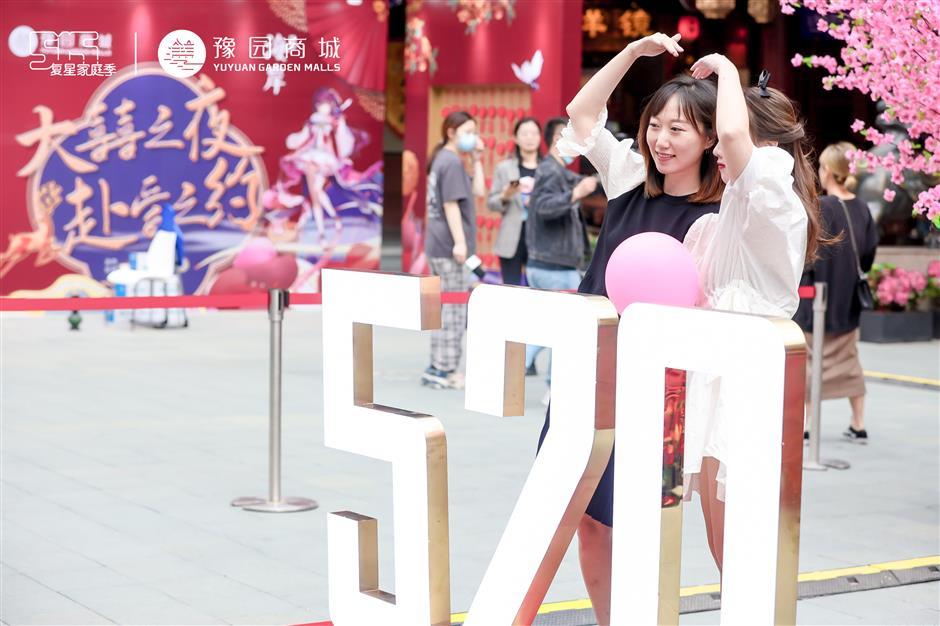 A day of love is celebrated at the Yuyuan Garden scenic area. 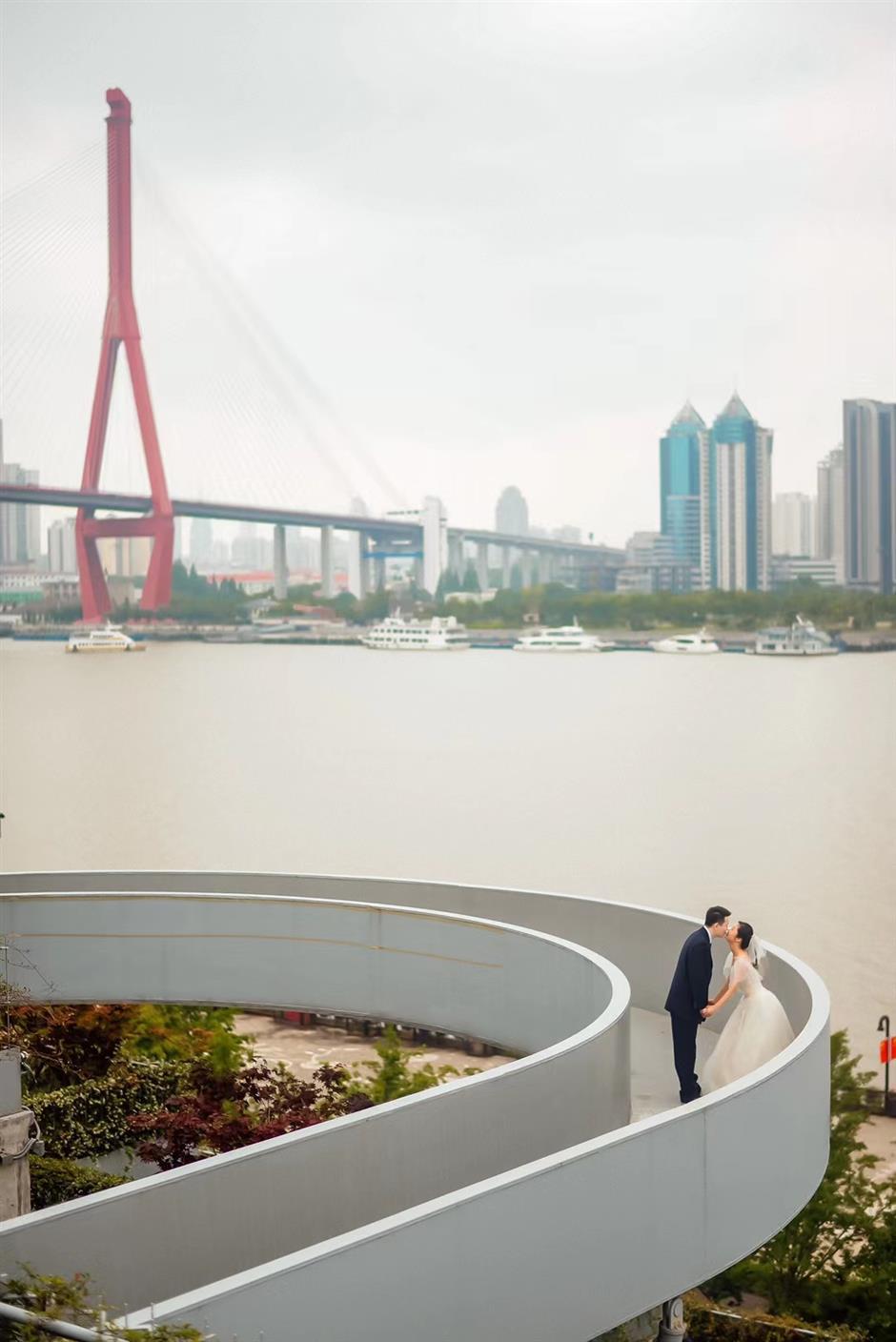 A sweet kiss at Huangpu River waterfront in Yangpu District on Thursday.

It’s a Chinese tradition to get married on an auspicious date.

A total of 2,567 couples exchanged vows at marriage registration centers across the city on May 20 last year.

On another auspicious date, October 10, 2010, local authorities registered marriages of 10,150 couples, a record.