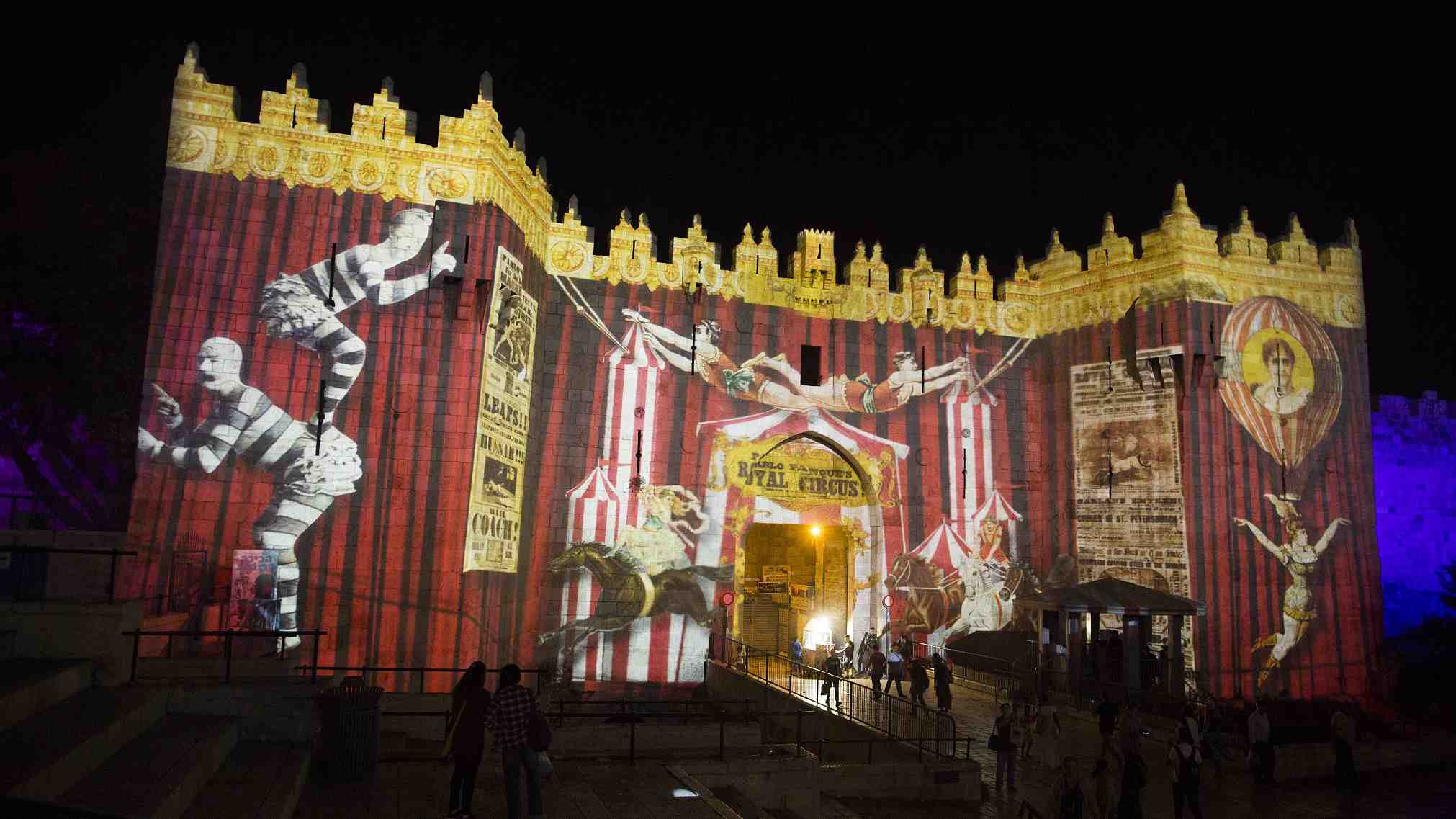 The 10th Jerusalem Light Festival kicked off on June 28 in the Old City in Jerusalem, and will run through July 5. /VCG Photo. 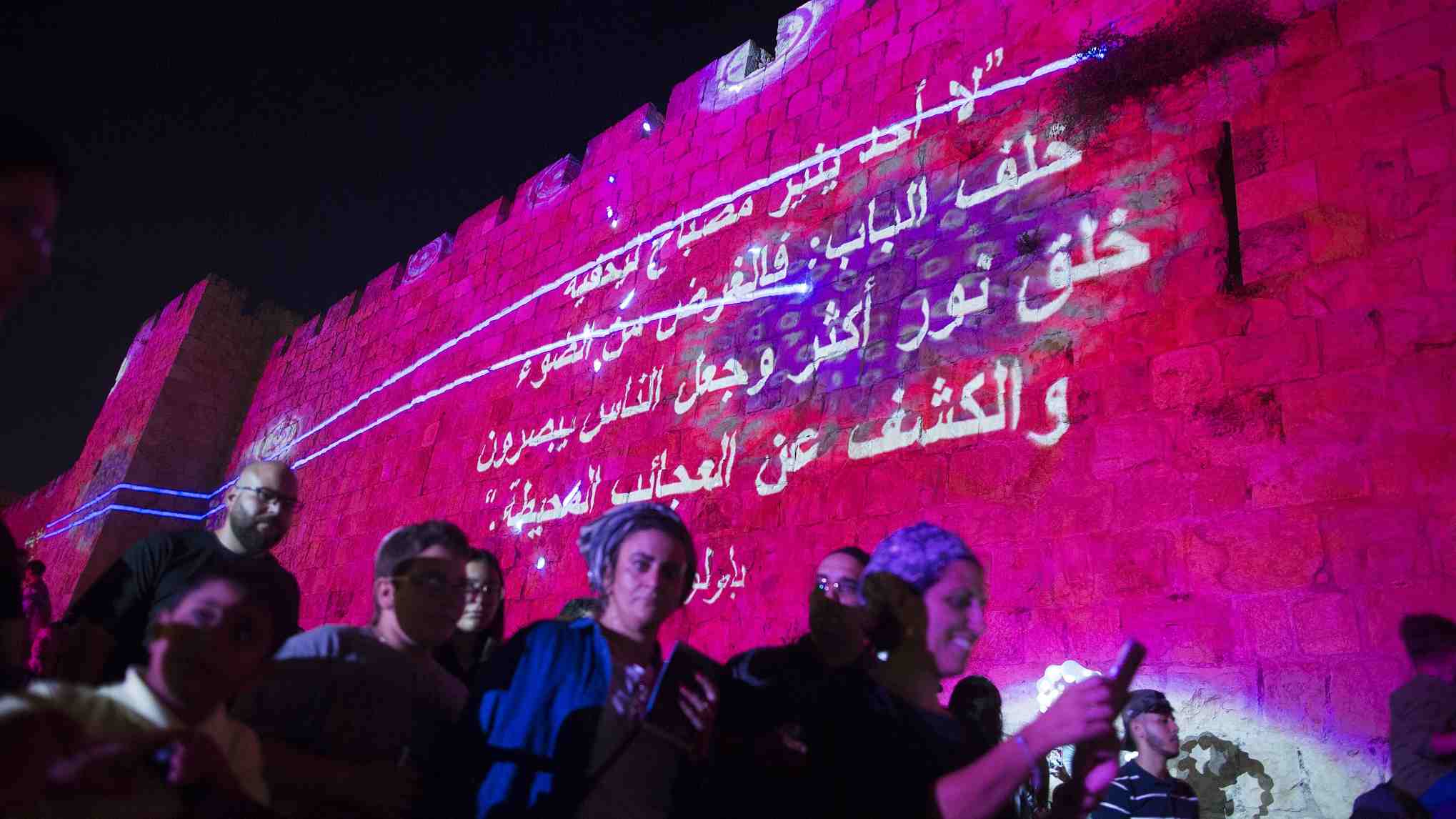 Artistic audiovisual displays created by local and international artists illuminated the walls of Damascus Gate and alleyways in the Old City, adding a magical and enchanted ambiance to the historic sight for tourists strolling through the picturesque cobblestone streets. /VCG Photo. 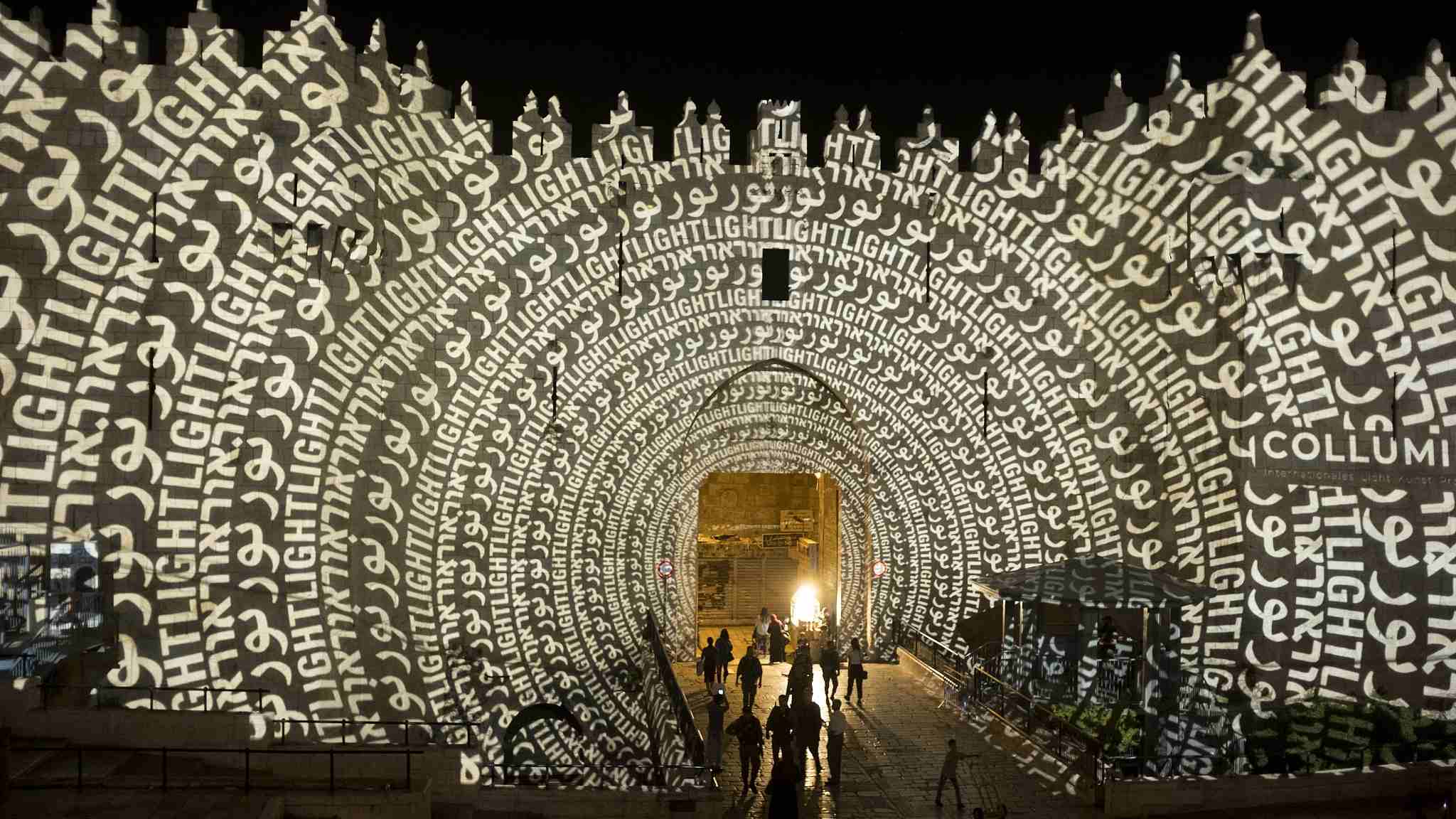 The fascinating installations lead tourists along four main paths to over 30 stops with various and amazing light effects. /VCG Photo. 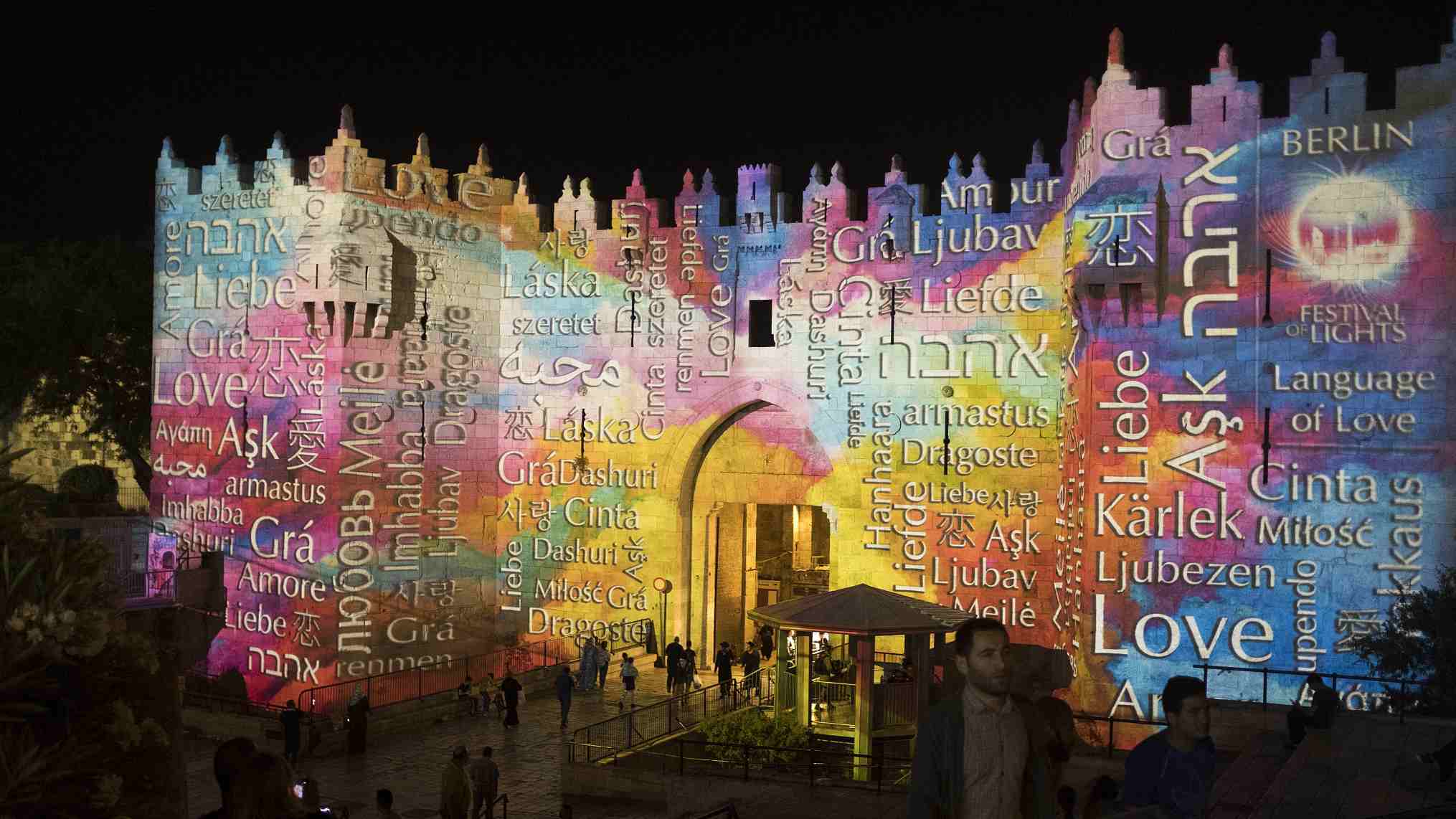 However, the festival was condemned by Palestinian Authority, calling it the "Judaization Festival" used by the occupation authorities in to attempt “Judaizing” Jerusalem. /VCG Photo.