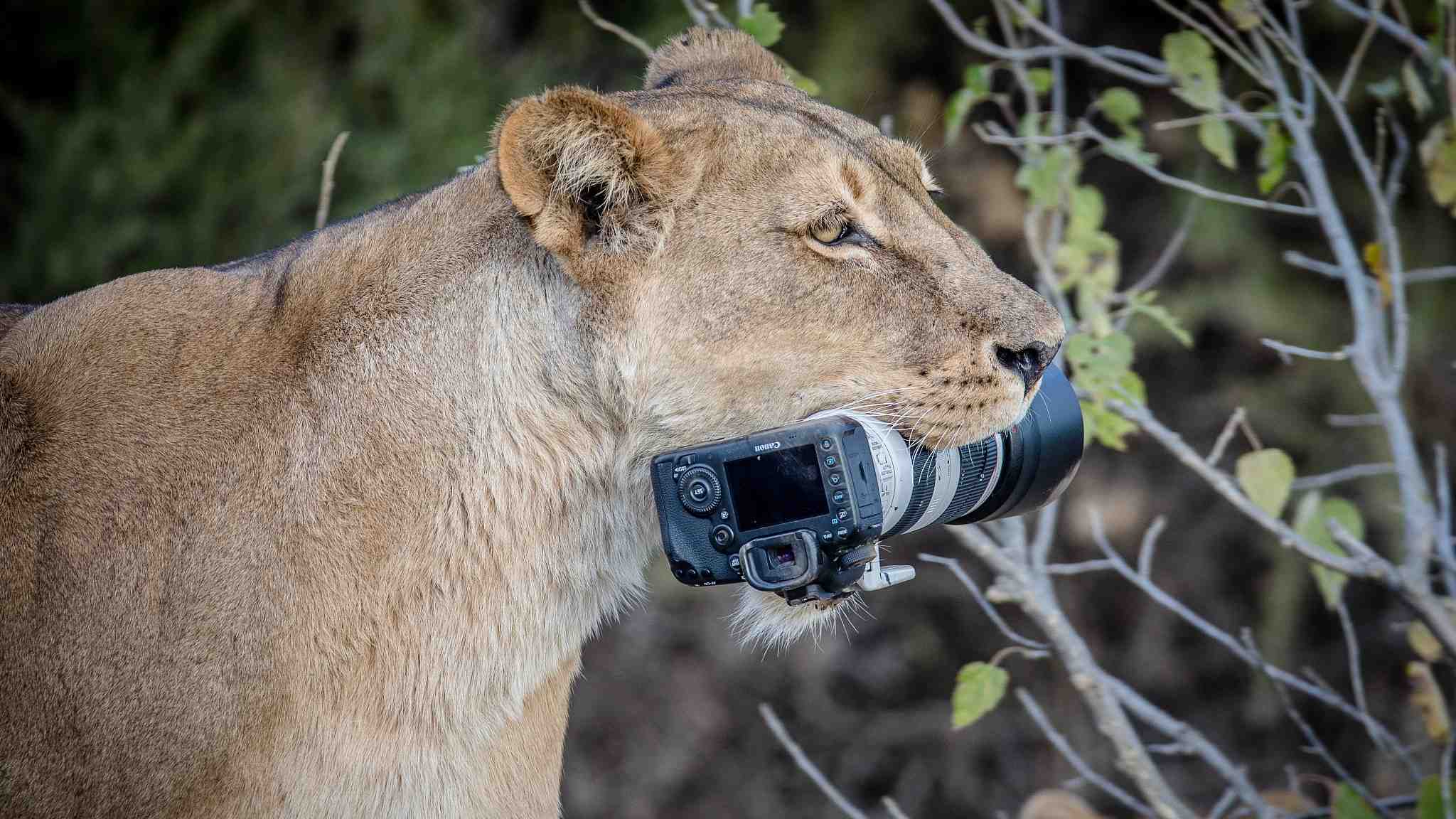 A family of lions living in the Mashatu Game Reserve in Botswana found a new "toy" after a photographer accidentally dropped her camera in July. Alerted by the noise, a lioness scoped the area for danger, approached the camera and picked it up. /VCG Photo 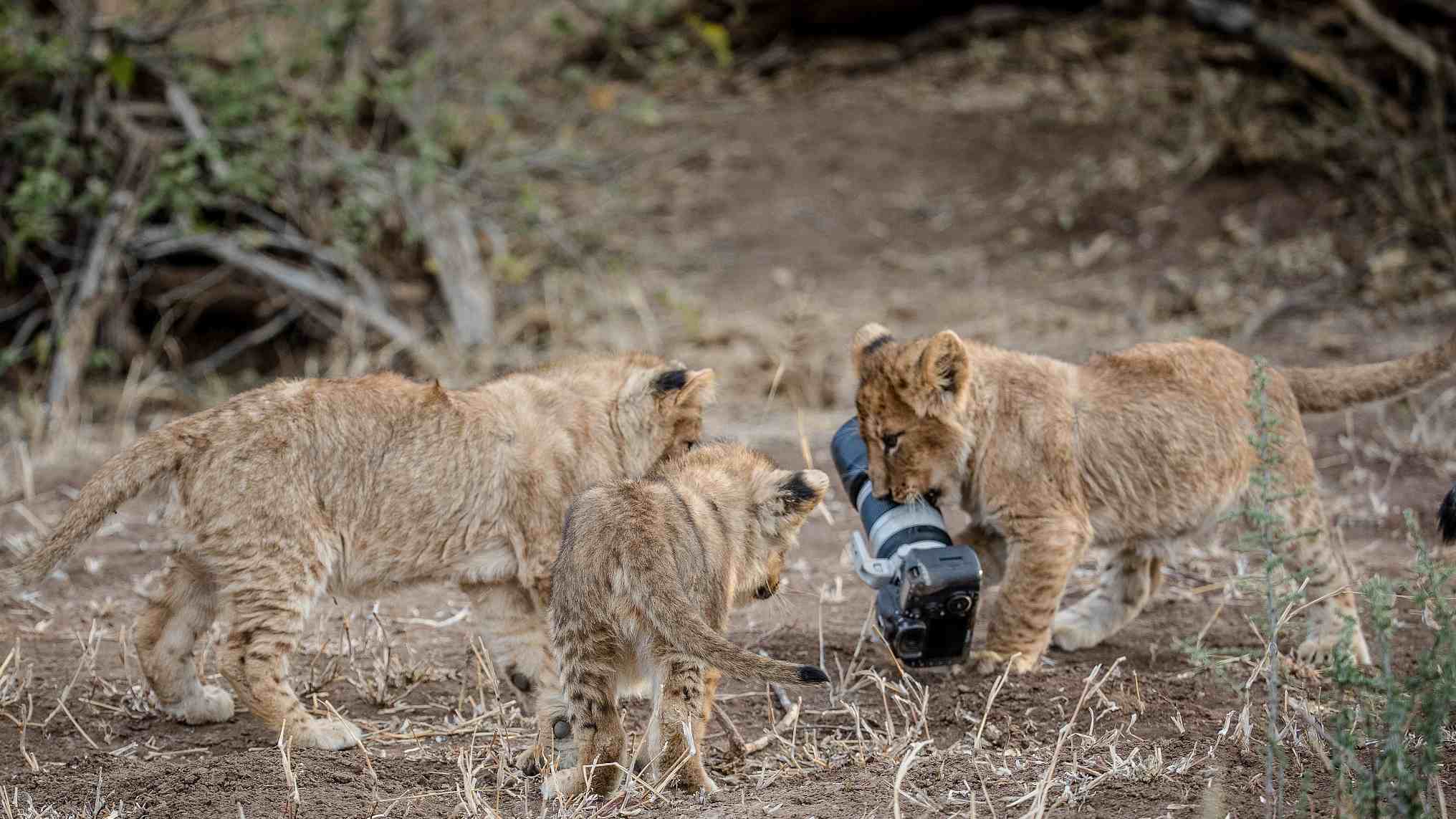 She then handed her new discovery to her cubs, who proceeded to pounce on it, drag it on the ground and chew it just like a child with a new toy. /VCG Photo. 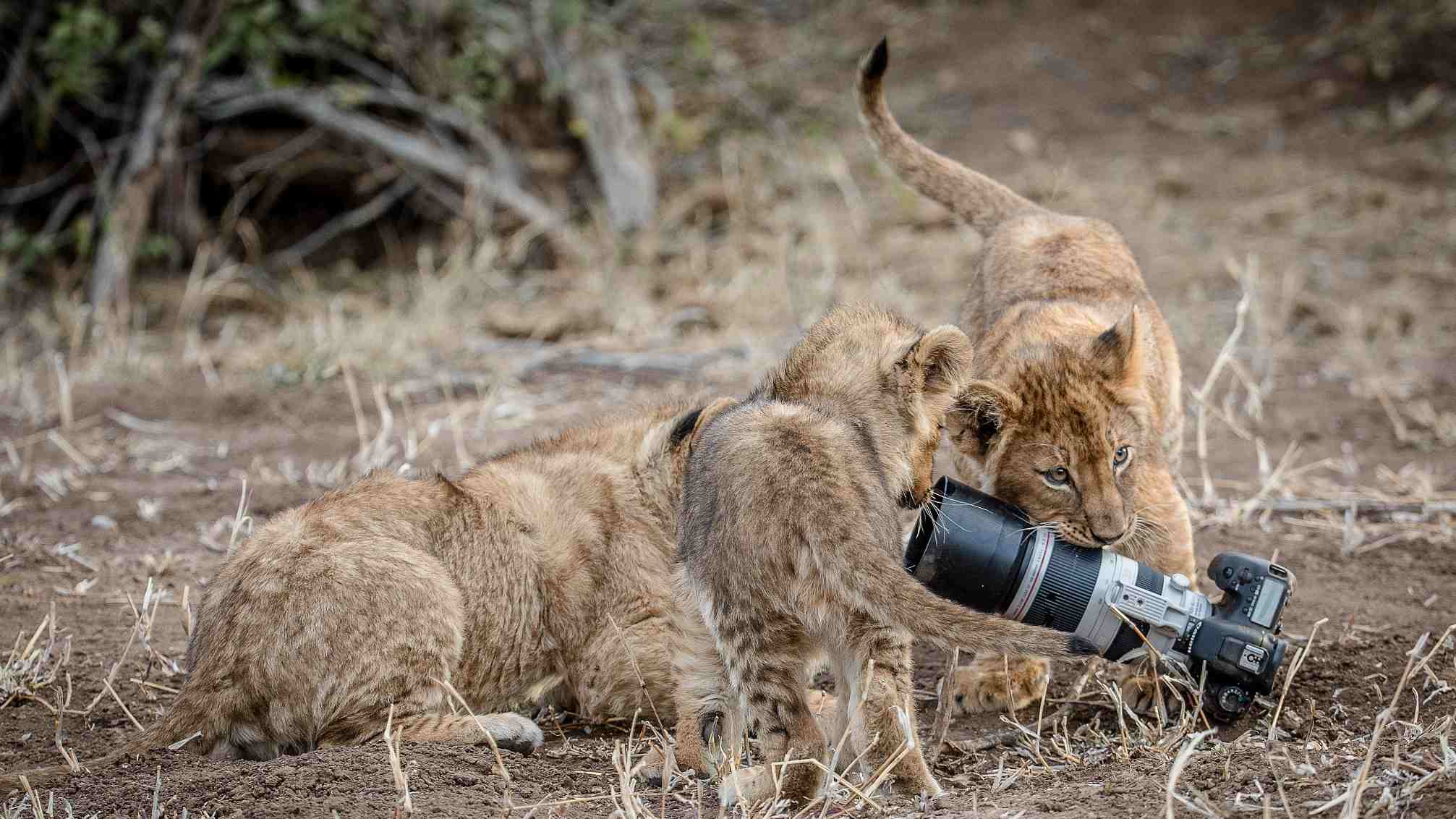 According to the photographer, Barbara Jensen Vorster, the camera accidentally slipped from her tripod while sightseeing at the reserve. She didn't miss a beat, and grabbed her other camera to take some unique shots. “What can one do?” she said. /VCG Photo. 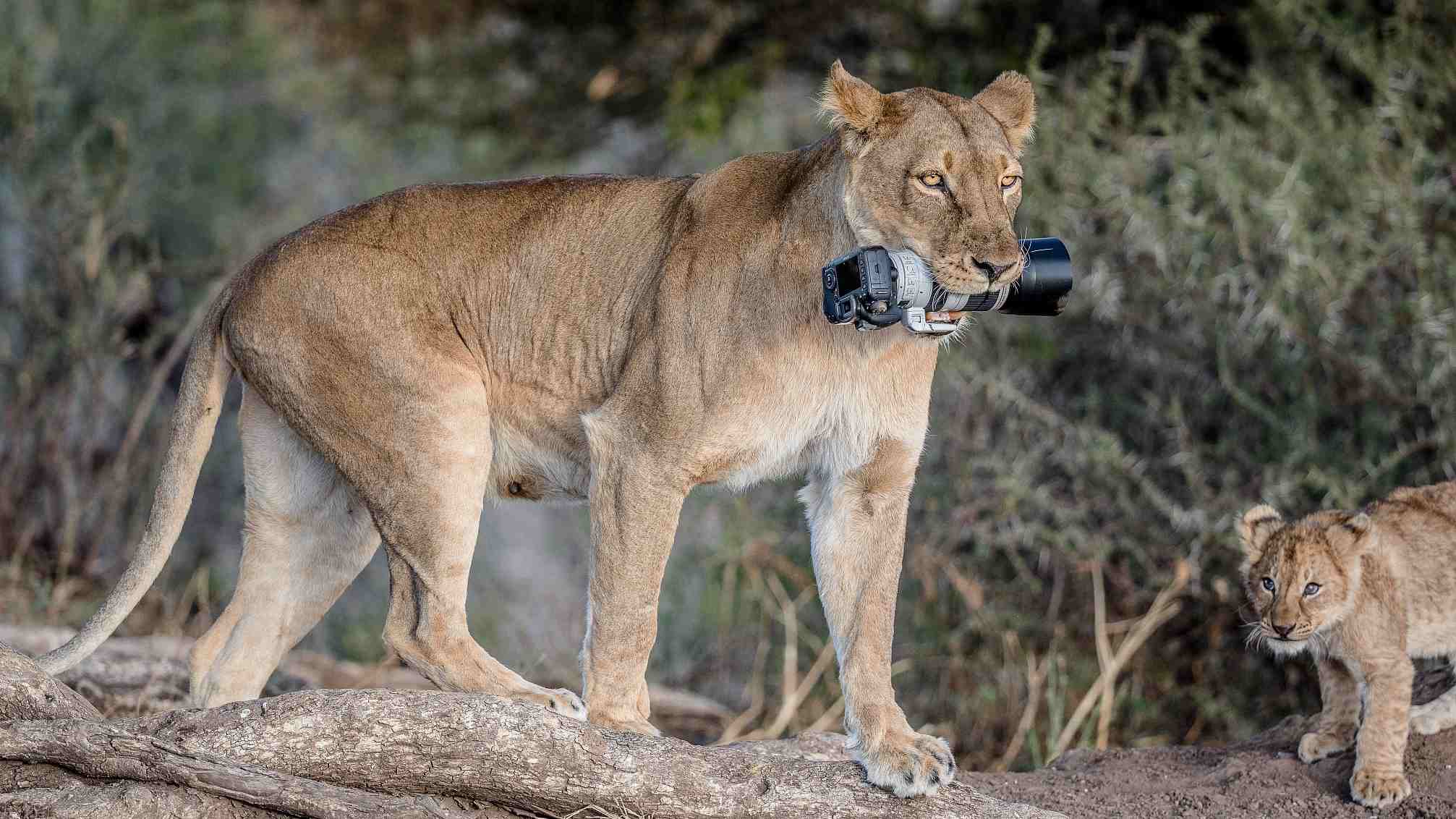 Fortunately, the camera was retrieved later by a guide from another vehicle, though with some new teeth marks. The photographer and nature lover said she will not replace the chewed parts and will keep them as a memento. "What photographer can boast that their lens had been in a lion's mouth?" she said. /VCG Photo.