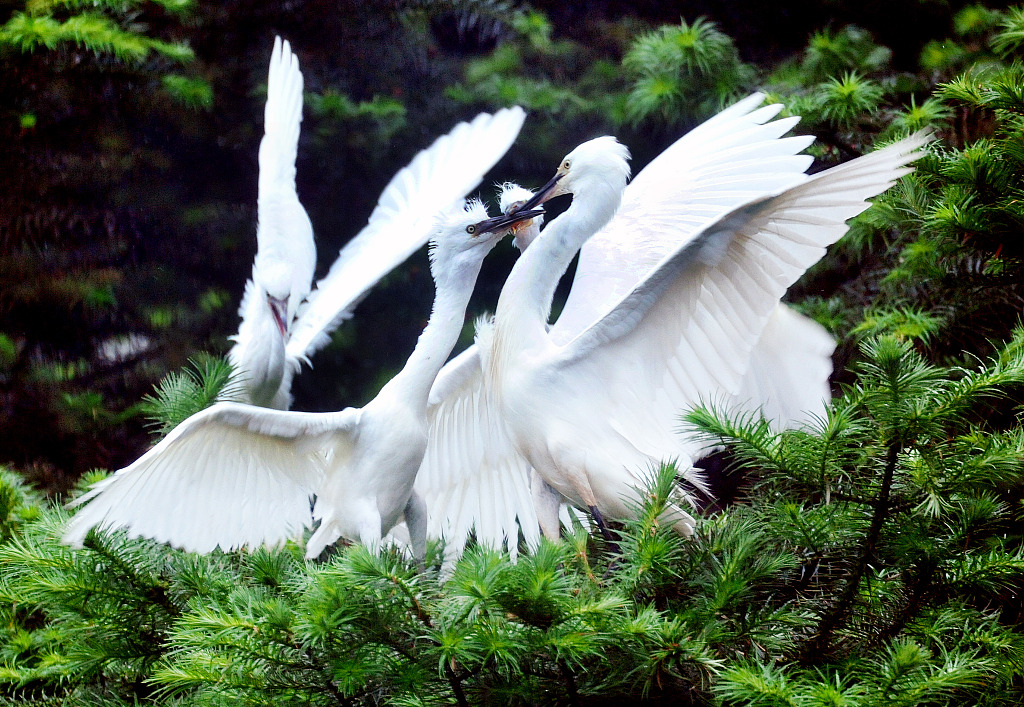 Thousands of little egrets have migrated to a mountain in Shangrao, east China's Jiangxi Province for this summer. As the breeding season is approaching, little egrets are busying building their nests. (Photos: VCG) 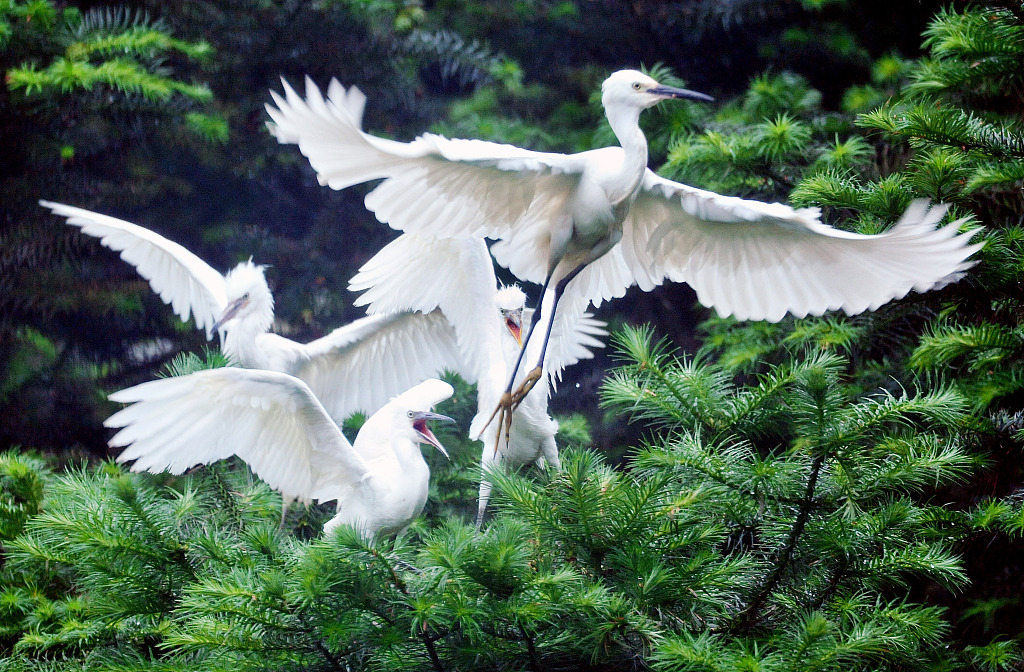 Little egrets' breeding season usually falls from March to July. It is also the best season for people to appreciate the beauty of the animal as their filamentous nuptial plumage could be seen cascade down their back while elaborate mating performances are also on display. 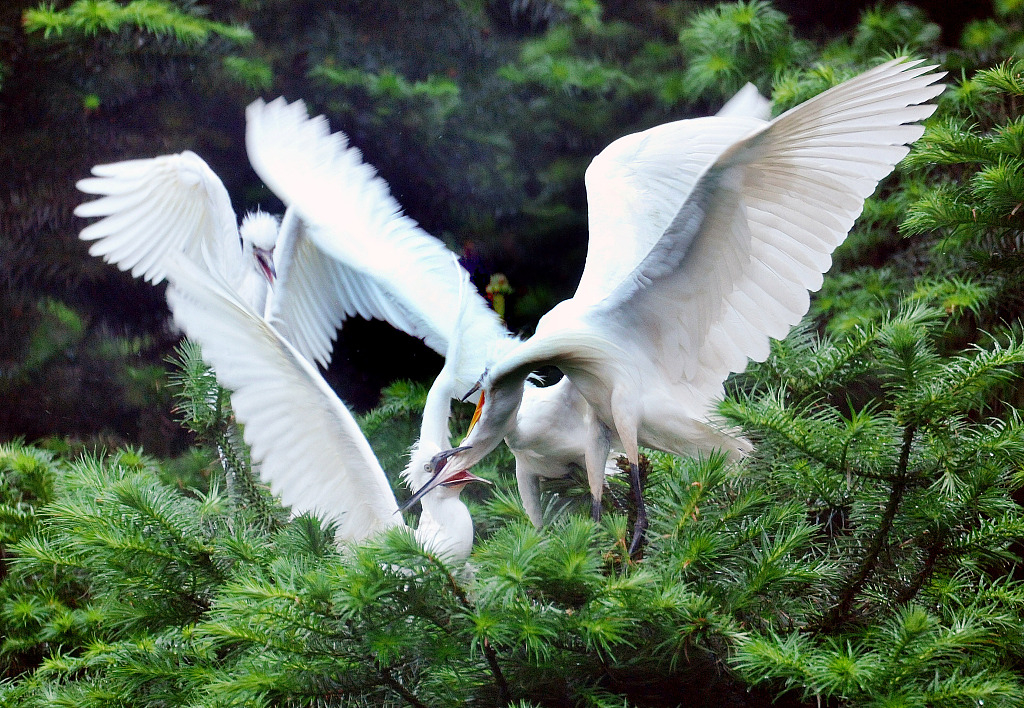 The population of little egrets has been decreasing considerably in recent years, which is largely caused by environmental problems, including wetland degradation. 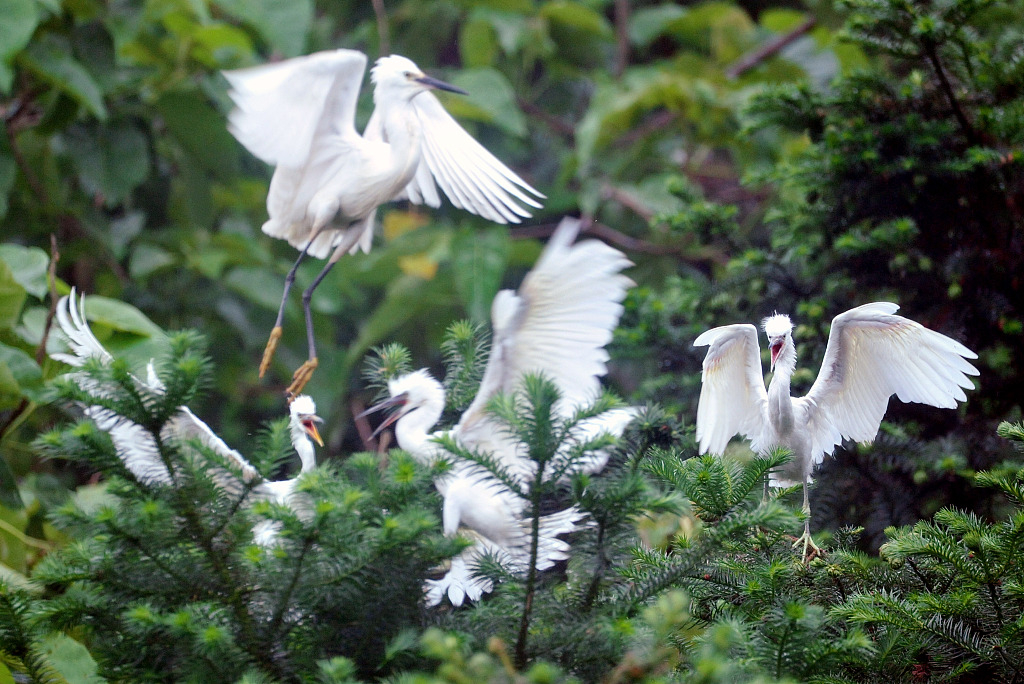 Egrets usually live in wetland, humid forest and freshwater marshes. They also have a high demand for habitats, whose migration preference also acts as a good indicator of a favorable environment.