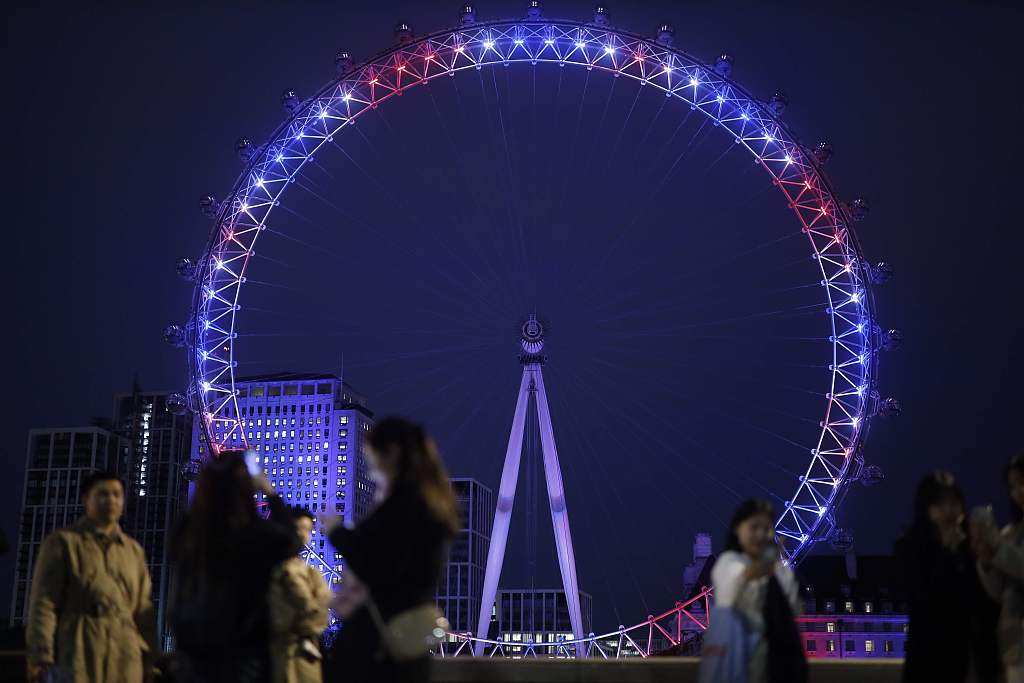 The London Eye, the city's landmark Ferris wheel, was lit up in red, white and blue on Monday in honor of the first child of Britain's Prince Harry and his wife, the Duchess of Sussex. (Photos: VCG) 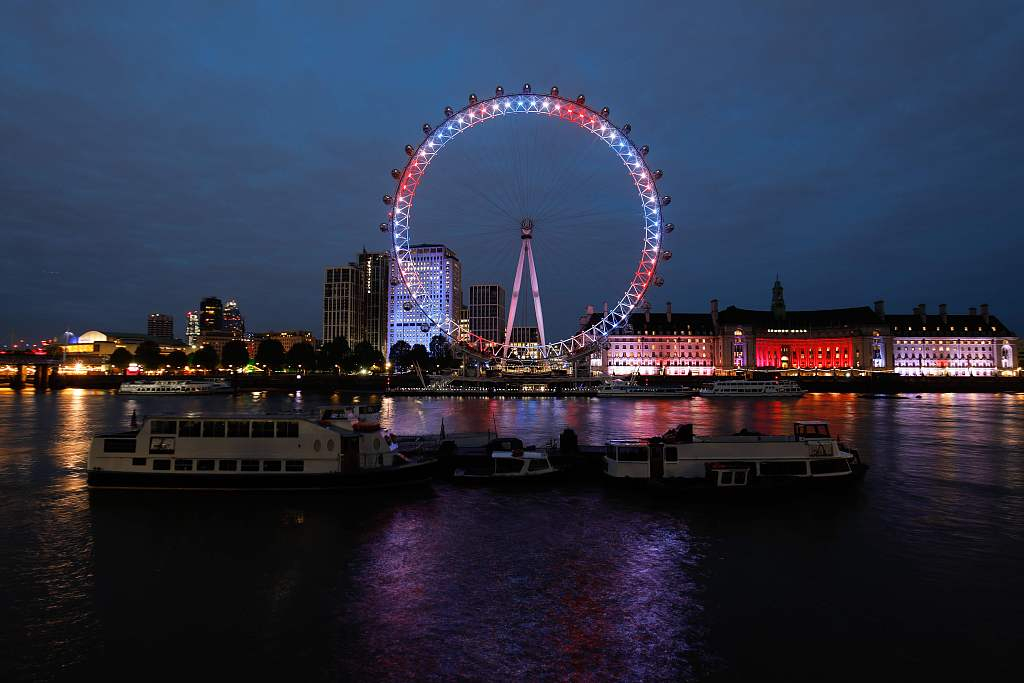 Lighting up the night sky over River Thames, the three colors represent the patriotic combination of the UK's Union flag. 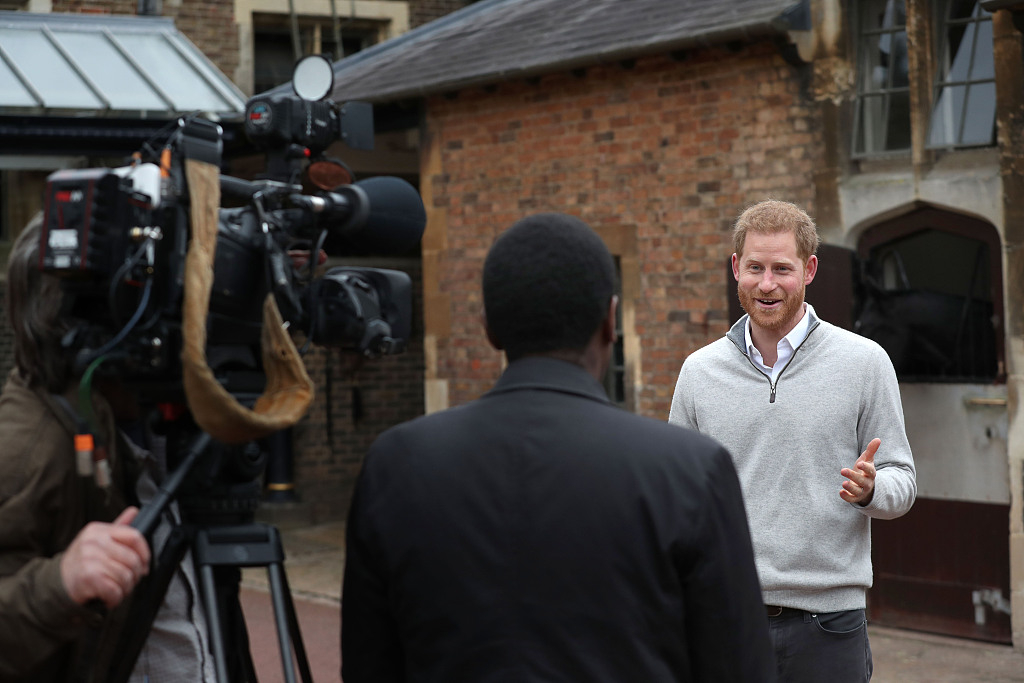 Meghan Markle, the Duchess of Sussex, gave birth to a "very healthy" boy in the early morning on Monday, according to a beaming Prince Harry, who broke the news to television cameras outside Windsor Castle. 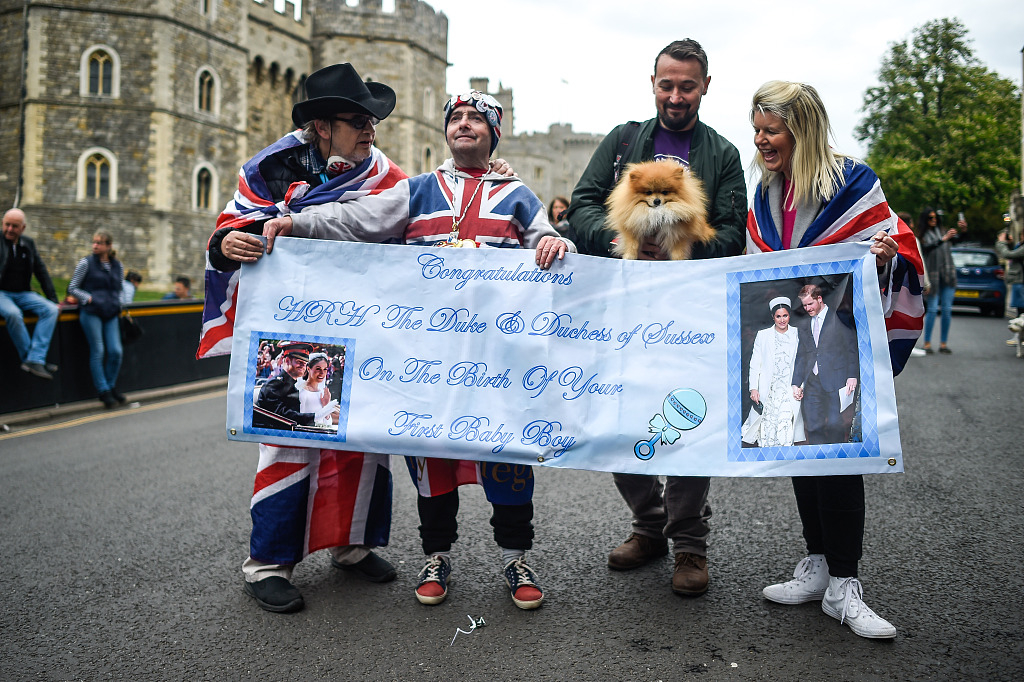 The royal baby, who are yet to be announced a name, is seventh in line to the throne, and the Queen's eighth great-grandchild.