The ceremony for the maiden voyage of the Taicang-Tianjin Port container shipping line is held on Tuesday in the container pier of Taicang Port, East China's Jiangsu Province. After the last container boarded, the Huihonghai liner then headed directly toward Huanghua Port in North China's Hebei Province, then later to Tianjin Port. Being the only port along the Yangtze River that operates the direct container shipping line to Tianjin Port, Taicang Port has opened a fast channel for enterprises along the river in order to connect with the Beijing-Tianjin-Hebei region as well as the Xiongan New Area in Hebei. 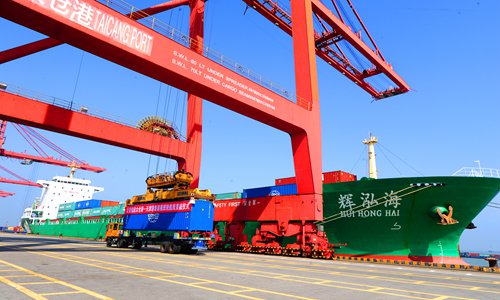