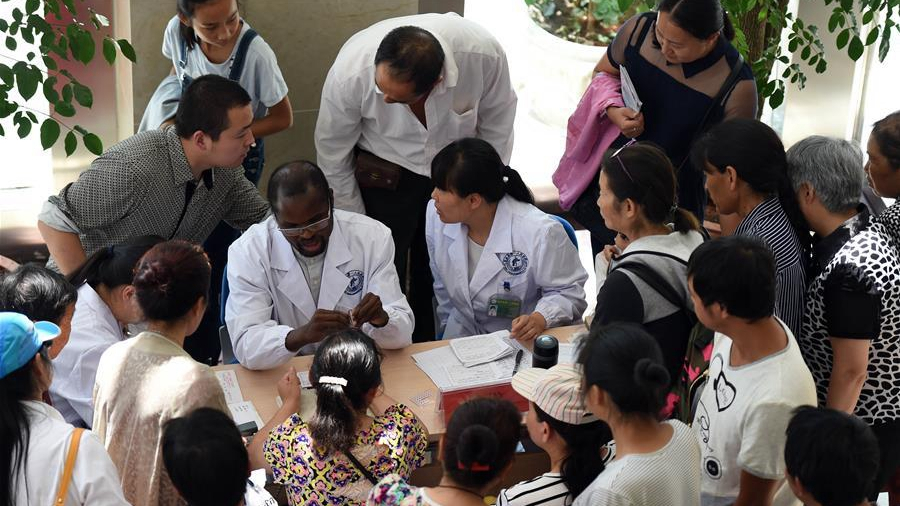 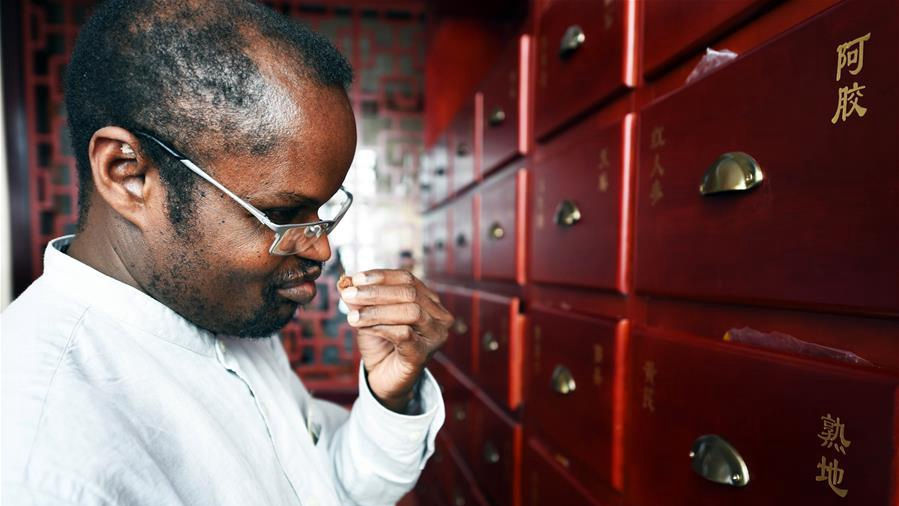 Dr. Boubacar was born into a family of doctors in Mali in 1964. At the age of 20, he traveled to China to advance training in western medicine, when he discovered the healing power of TCM and decided to change his career path. /Xinhua Photo

After eight years of diligent study, Dr. Boubacar attained the doctoral degree in TCM and became an expert in acupuncture. /Xinhua Photo 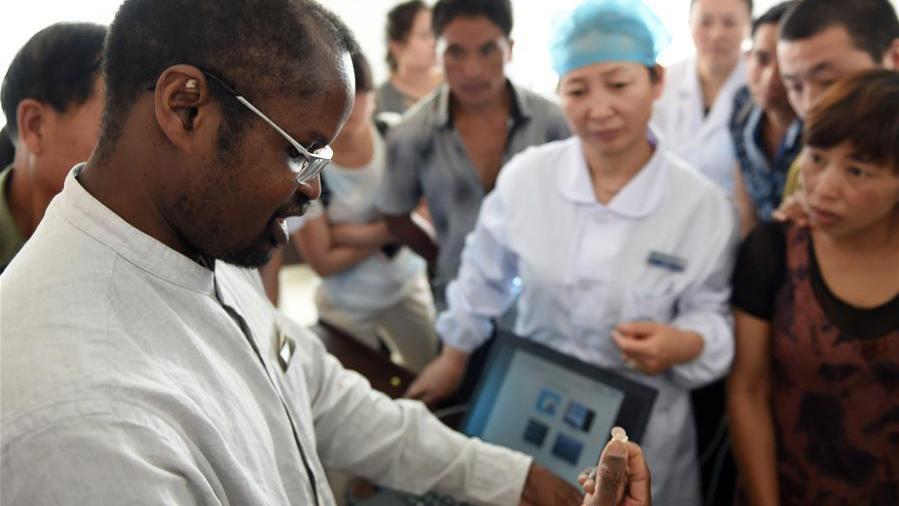 After graduation, he started practicing in China and volunteered to travel to remote rural areas lack of medical resources. The Malian doctor helped cure thousands of patients and offer to train local practitioners. /Xinhua Photo

As more and more people began appreciating TCM in Africa in recent years, Dr. Boubacar hopes one day he can return to his homeland and open a TCM clinic. /Xinhua Photo