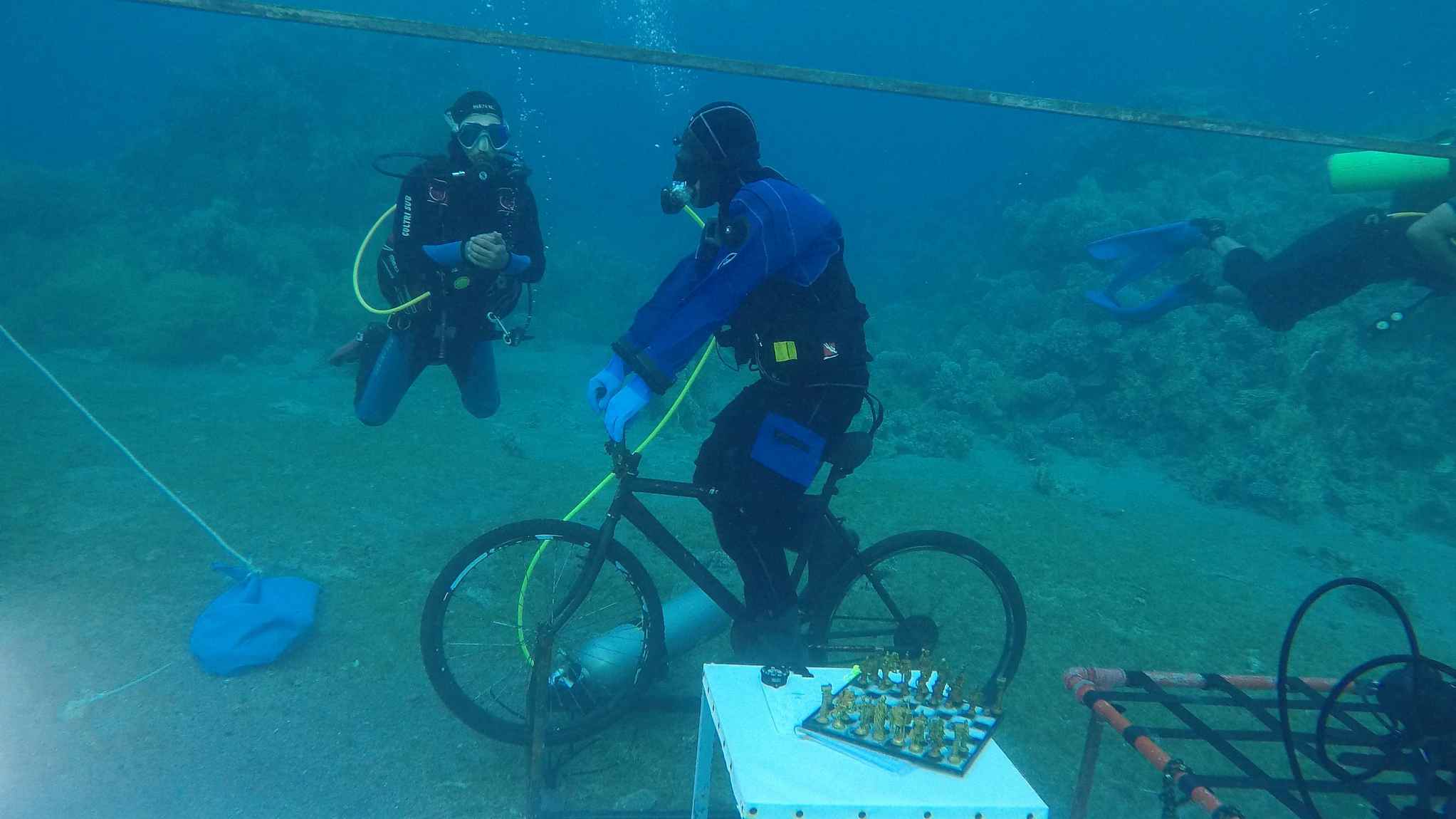 Adnan Nassrat has succeeded in staying underwater for 48 hours. Next, he says he will try his best to break the Guinness World Record of six days under sea water next October. /VCG Photo 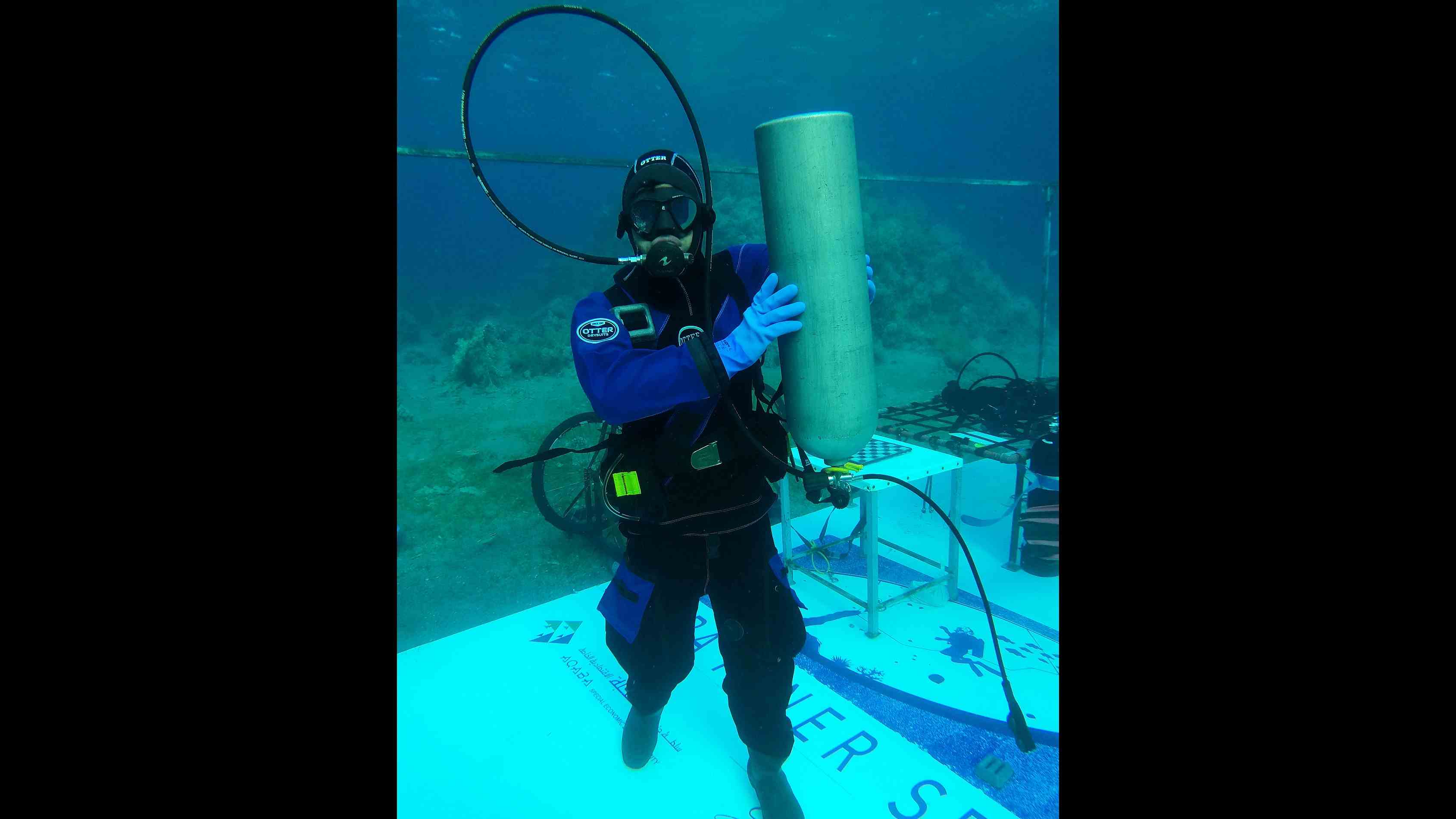 The 31-year-old Jordanian started the 48-hour attempt with a long dive in the gulf of Aqaba on Wednesday around three months after he completed a 24-hour stay earlier this year. /VCG Photo 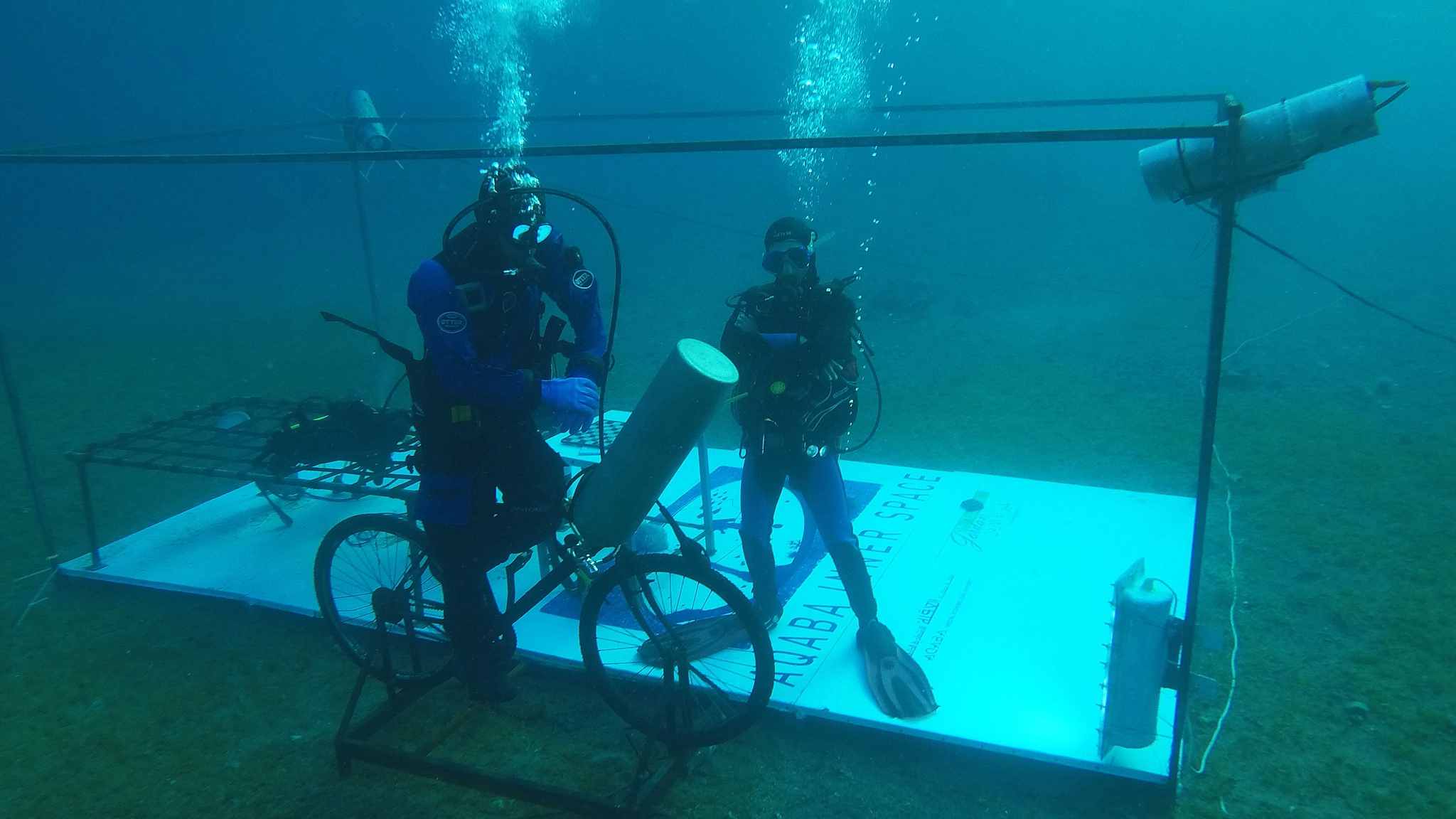 A team of divers also accompanied him under the sea water in turns. /VCG Photo 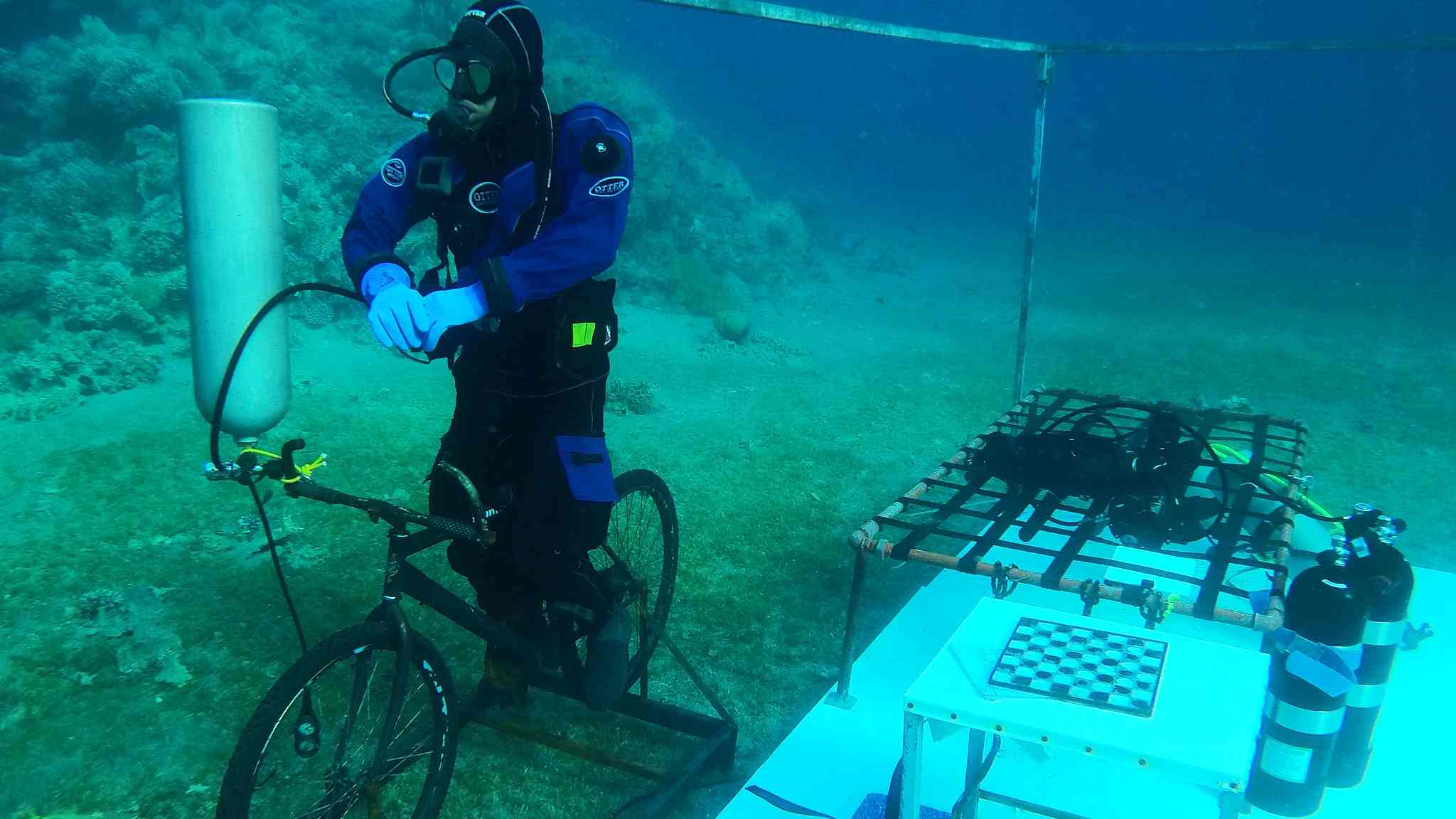 To kill the long time and maintain his body temperature, Adnan played chess or rode a bicycle which was fixed to the sea floor. /VCG Photo 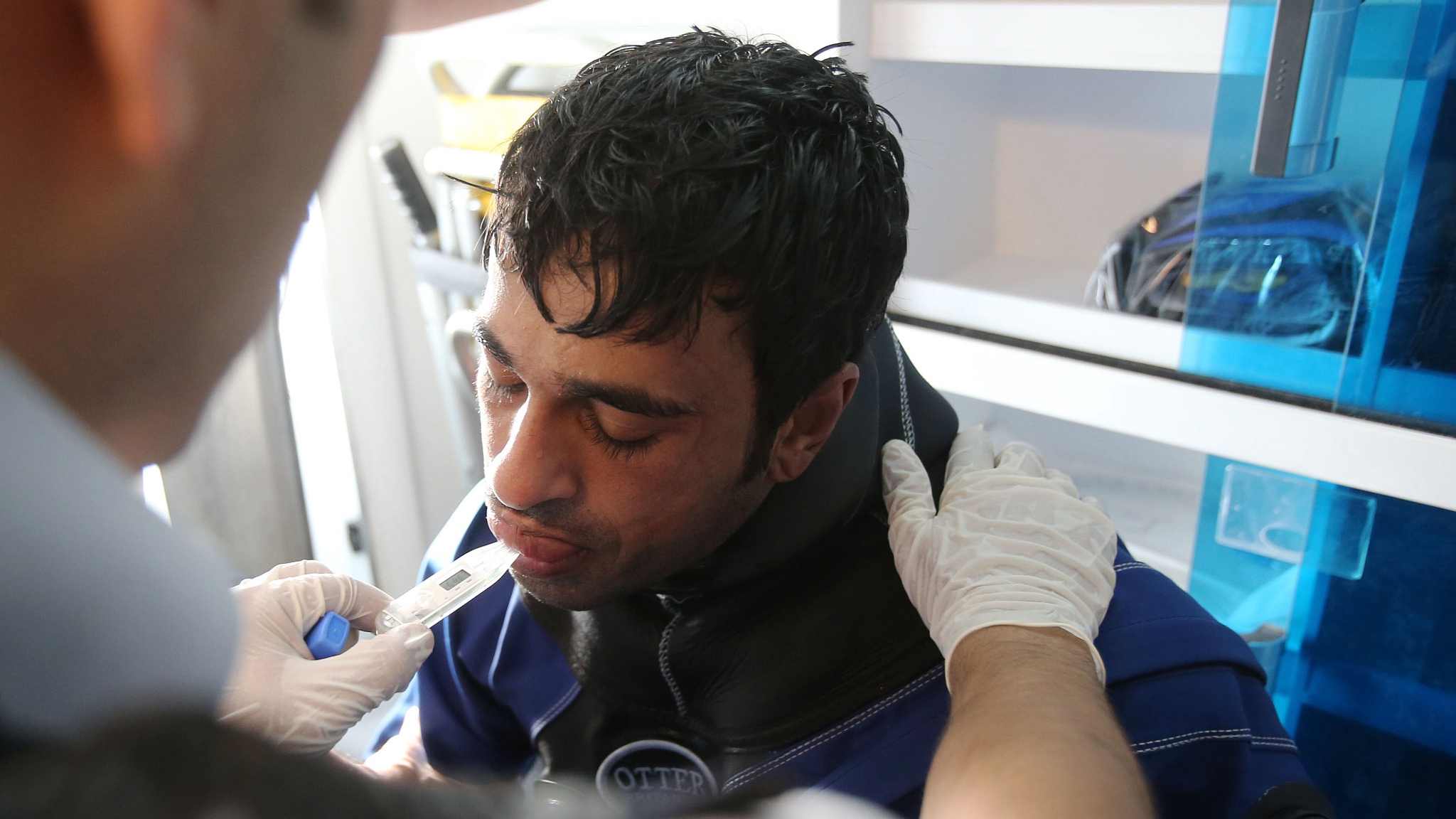 Adnan was greeted by locals as he emerged from the water with the help of a support team and local civil defense personnel immediately provided first aid to the daredevil. /VCG Photo