About 500 demonstrators tossed red powder on central Madrid's Puerta del Sol square, representing the blood of the 20,000 bulls that are killed each year in the country. Photo:VCG 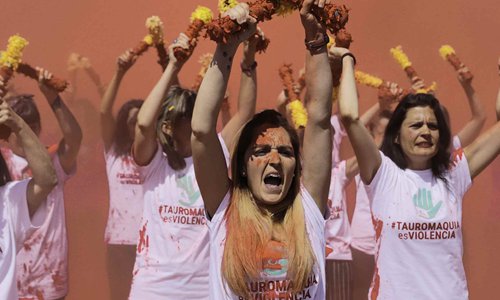 In addition, tens of thousands of protesters rallied in Madrid on Sunday, calling for a ban on bullfighting in Spain. Photo:VCG 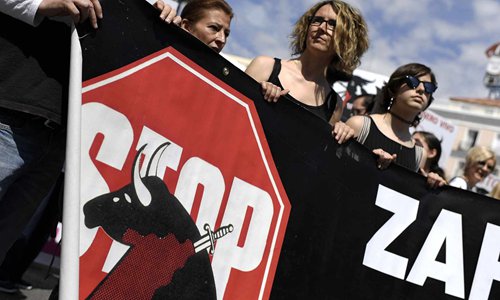 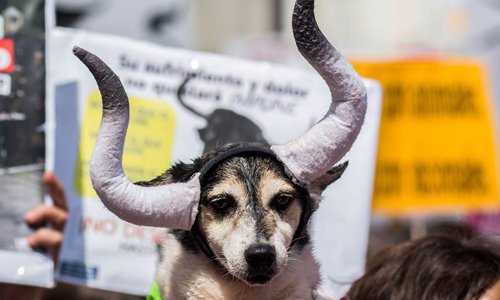 Over 40,000 people participated in the protest, according to organizers from the activist group Tauromaquia Es Violencia (Bullfighting is Violence).Photo:VCG