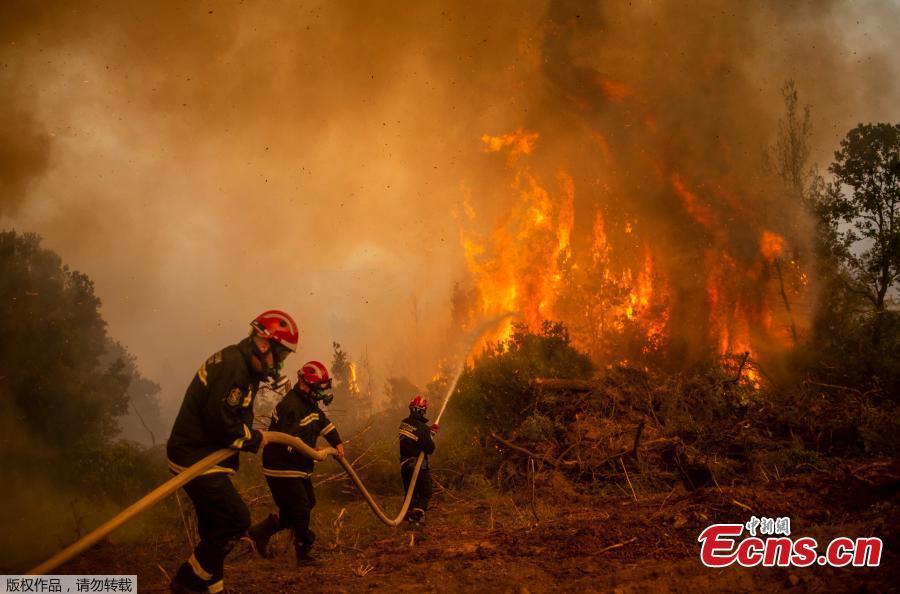 Firefighters and volunteers use a water hose to extinguish the burning blaze of a forest fire in the village of Glatsona on Evia (Euboea) island, on August 9, 2021. (Photo/ Agencies) 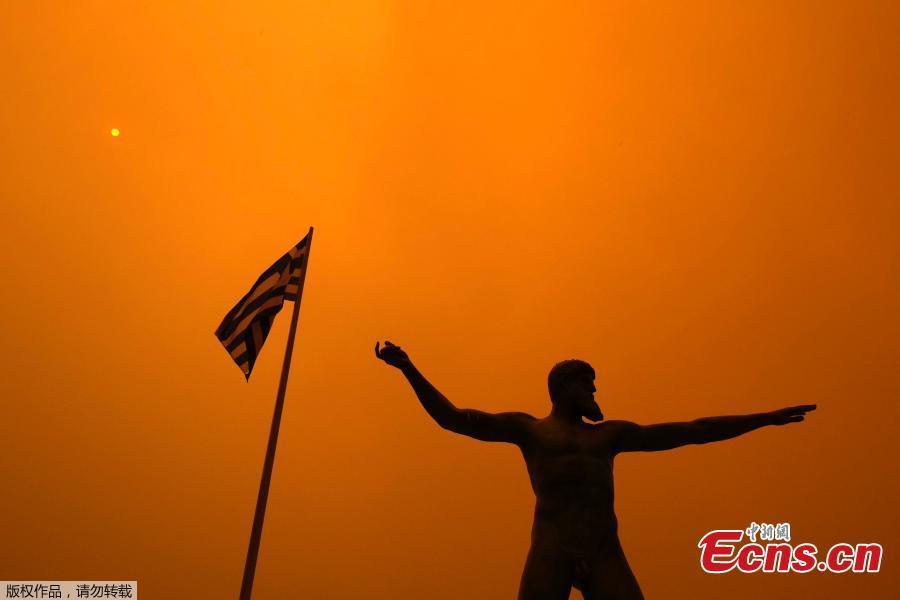 Evia (Euboea) island, the second largest island in Greece, and Peloponnese Region have suffered dozens of wildfires in the past 24 hours, according to the media, August 8, 2021. (Photo/ Agencies) 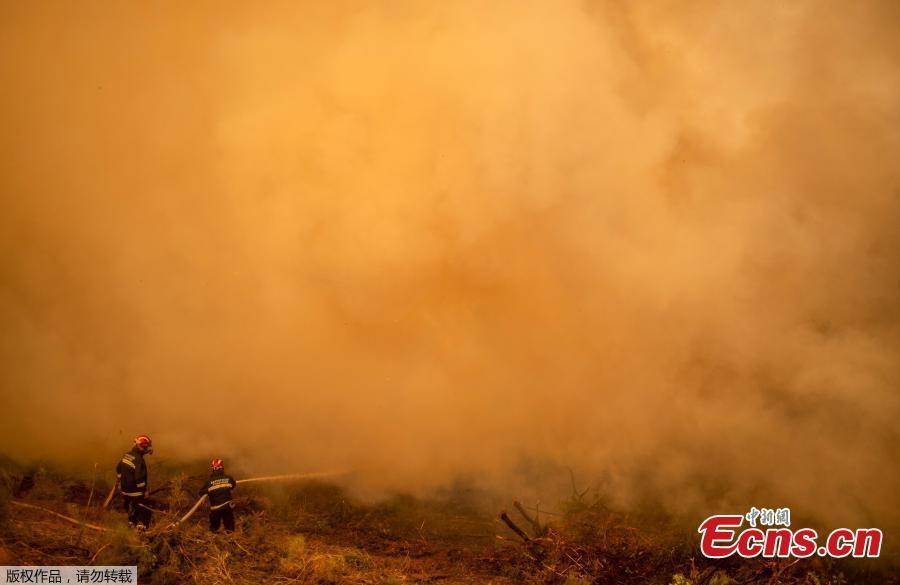