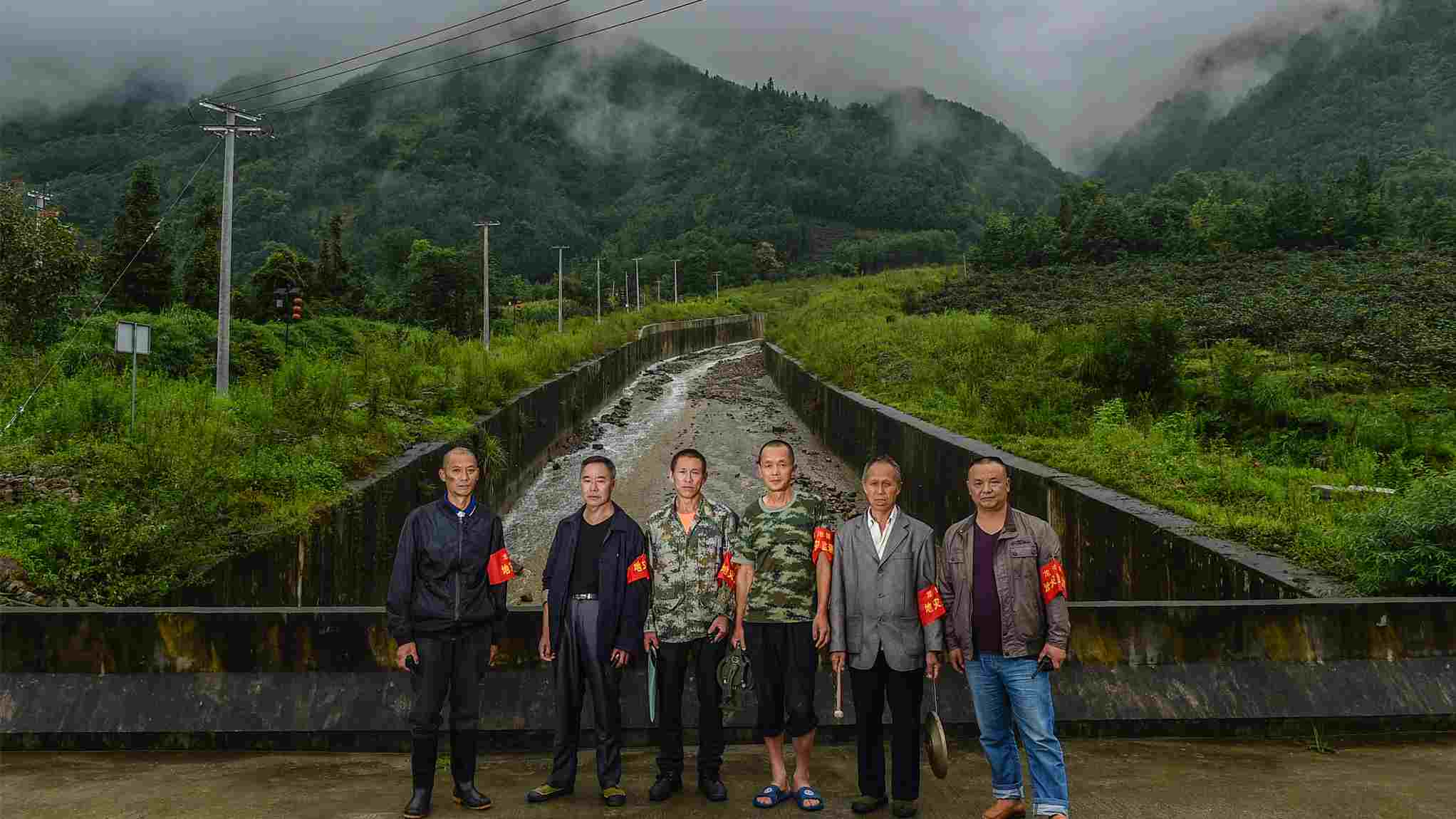 Mud and landslides caused by flooding and heavy rain is common in China’s mountainous areas in summer. Potential earthquakes make disaster monitoring much more of a problem in Dujiangyan City, southwest China’s Sichuan Province. However, there is a group of unknown heroes who devote themselves to observing and reporting about the calamities from May to October annually, in order to protect the residents and minimize the damage. /VCG Photo 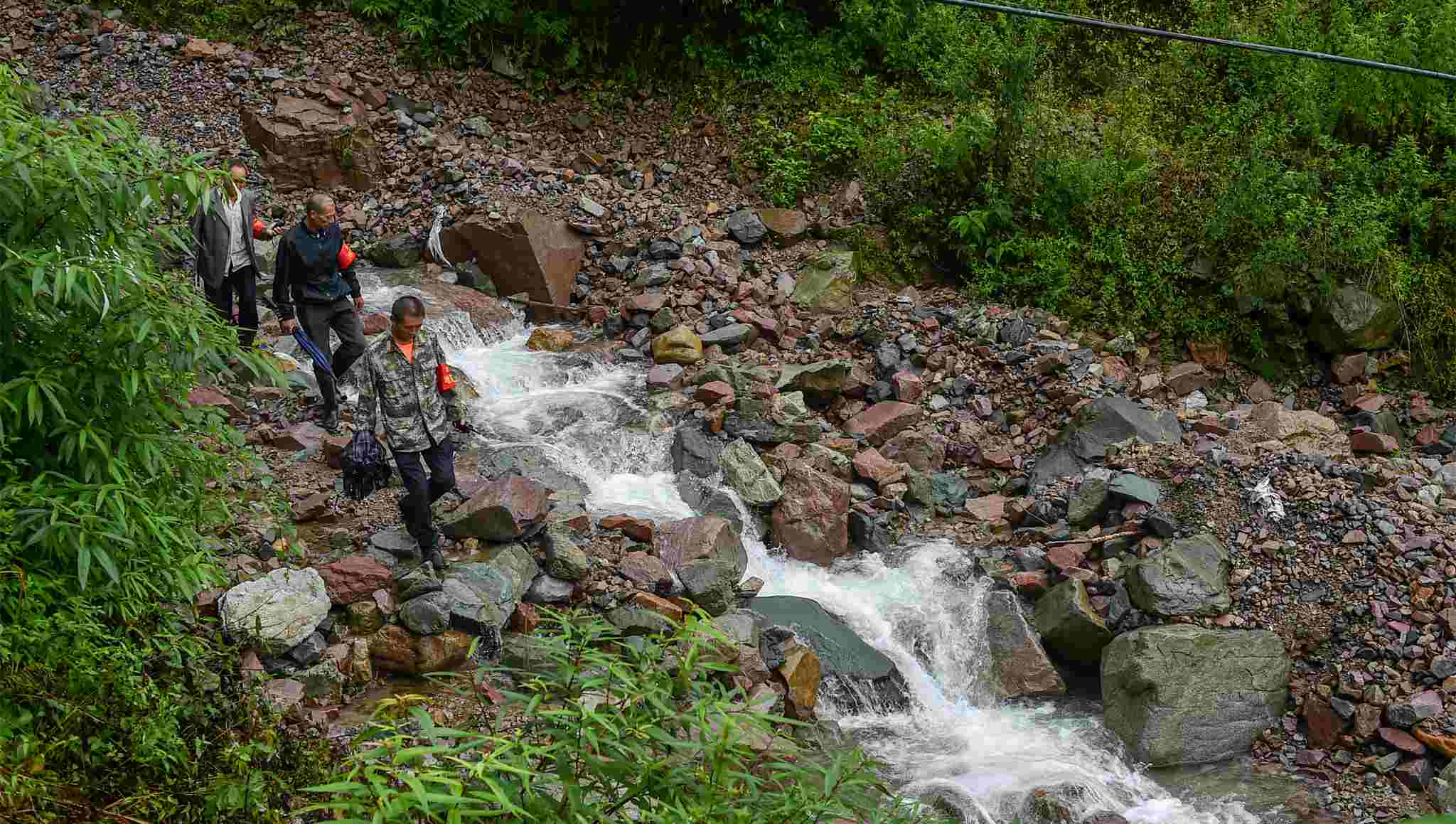 65-year-old Mou Huaiqing, has worked full-time in landslide patrol since 2009. In the past nine years, he and his colleagues have stayed in the mountains, paying attention to the subtle signs of a landslide day and night. So far they have successfully alerted local villagers to evacuate before a disaster hit more than 10 times. /VCG Photo 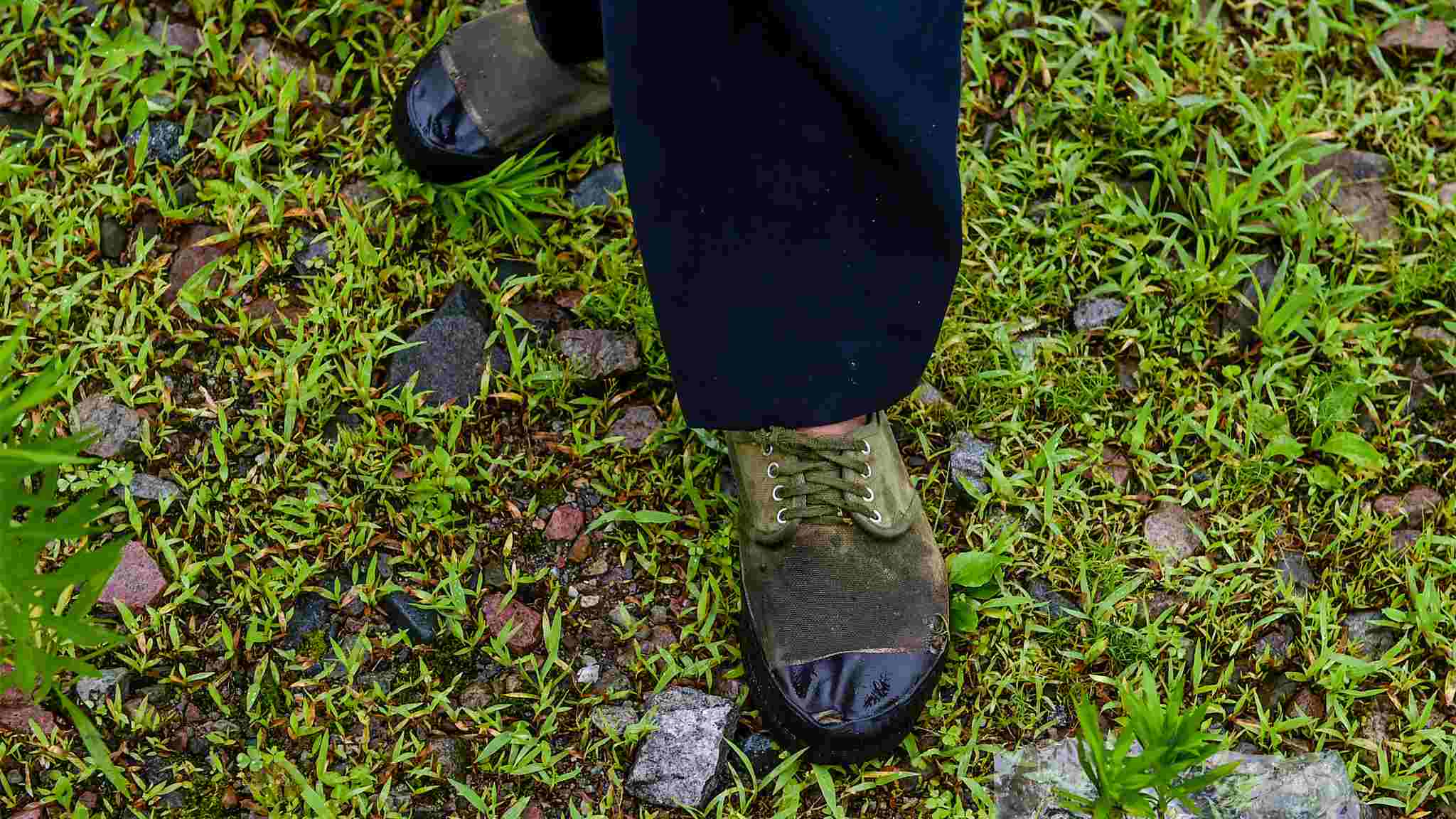 During the patrol, Mou needs to observe many things and trudging laboriously on the rugged mountain path, it is normal to wear out a few pairs of shoes every year. /VCG Photo 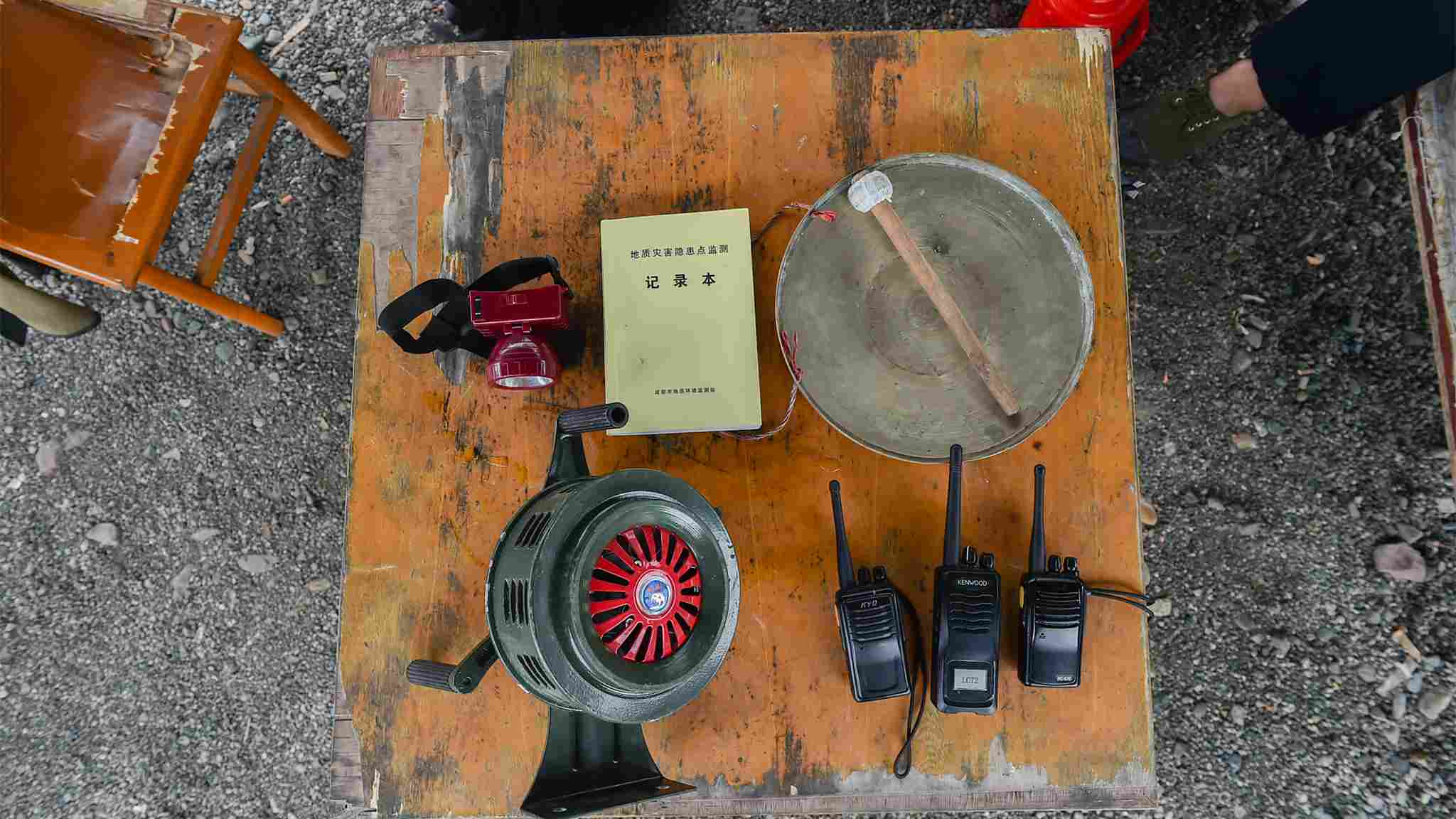 Flashlights, alarms, walkie-talkies, and notebooks are essential tools for patrolling and an observation report should be recorded in detail after every shift. Before the flood season, the Land and Resources Bureau will issue risk warnings, it is then the job of Mou and his colleagues to inform villagers. /VCG Photo 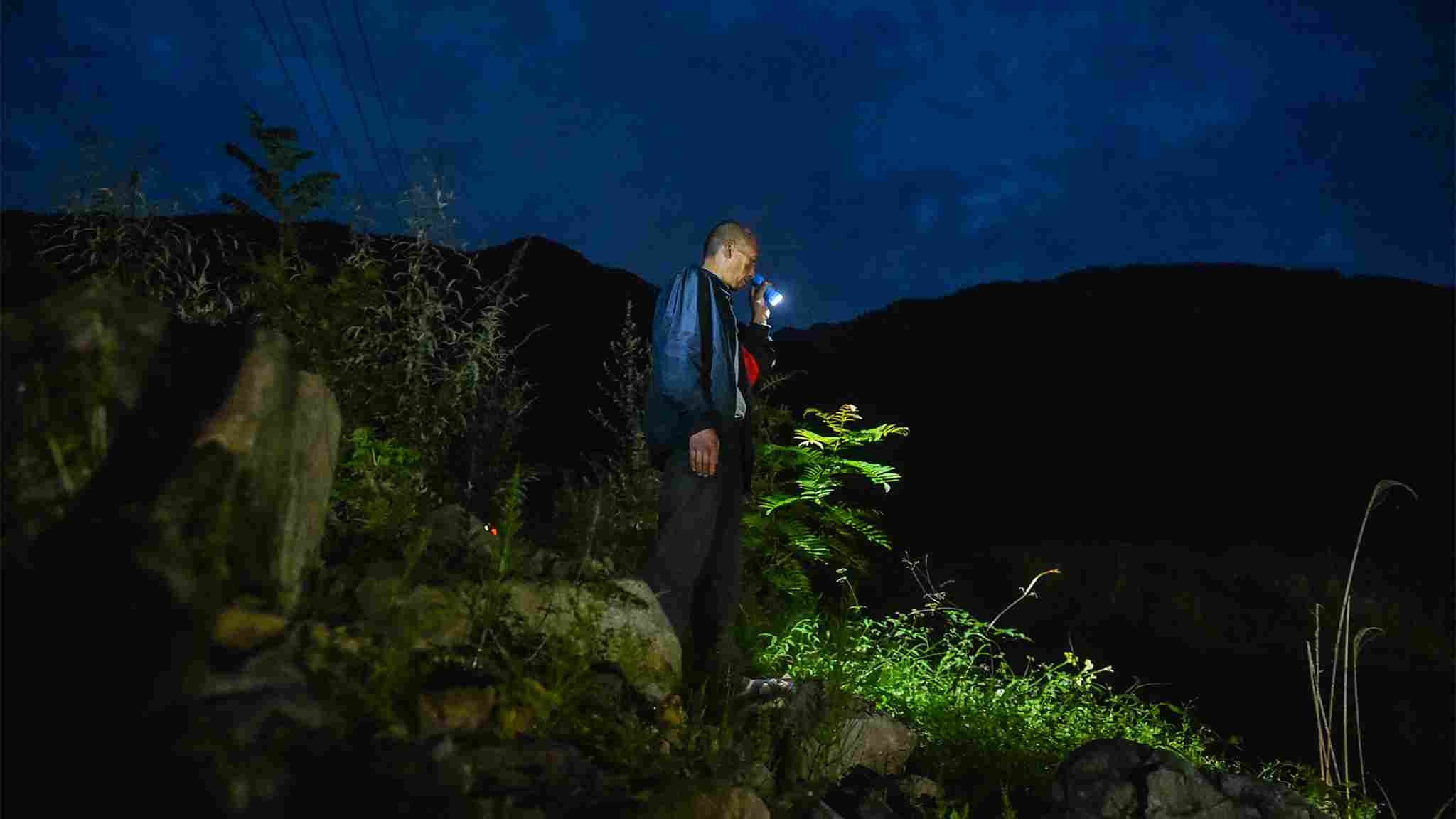 Mou’s family is very supportive of his work, as he can earn 1,500 yuan (about 224 US dollars) per month without going far away. However, as well as being hard work, patrol duty is quite lonely for the team who are guarding the safety of hundreds of people settled in the mountains. /VCG Photo