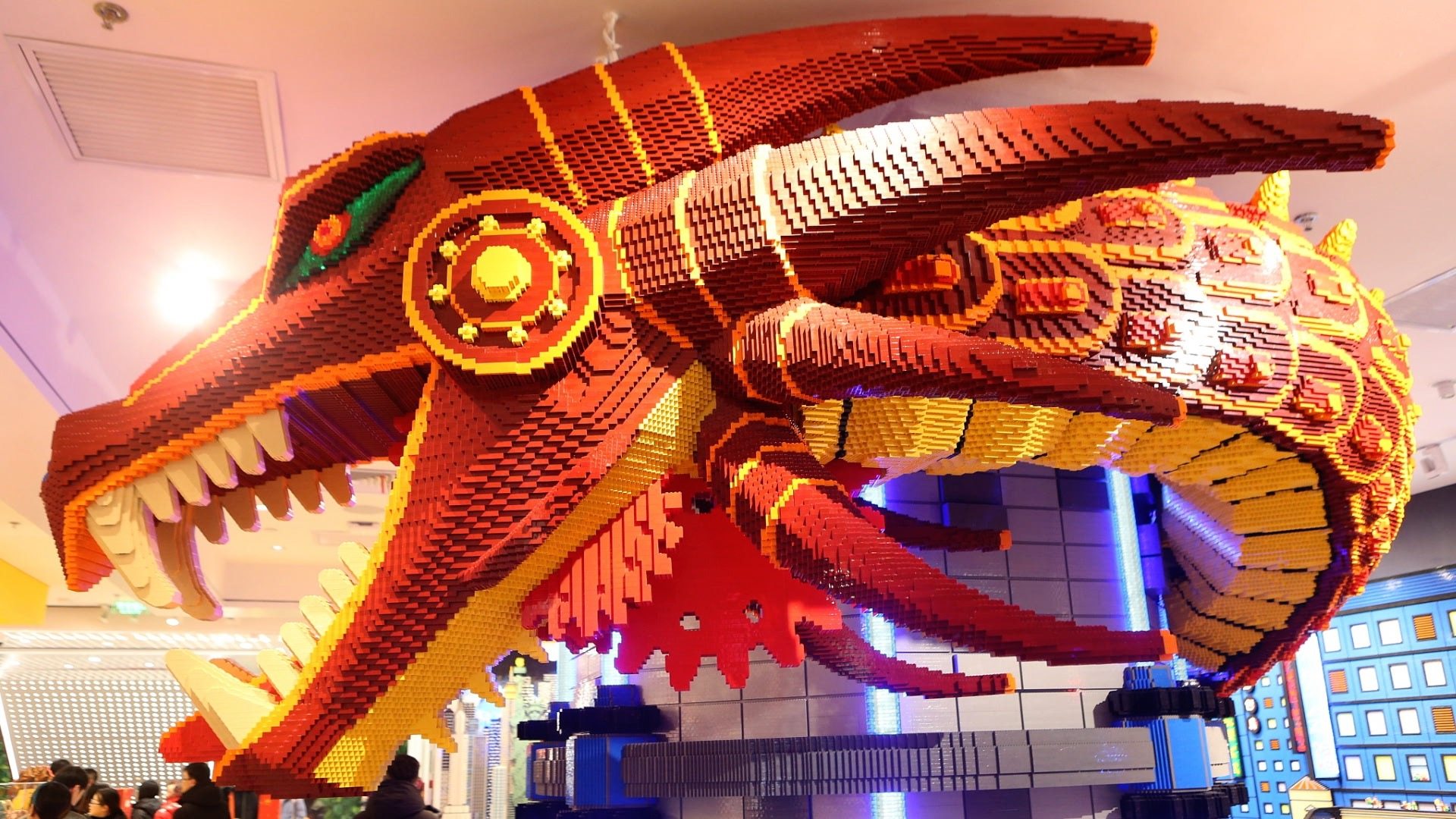 Lego fans had the chance to meet a “huge red dragon” when visiting the Shanghai Lego flagship store since last Saturday. The dragon intertwines a pillar from the second floor to the first floor of the store. (Photos: VCG) 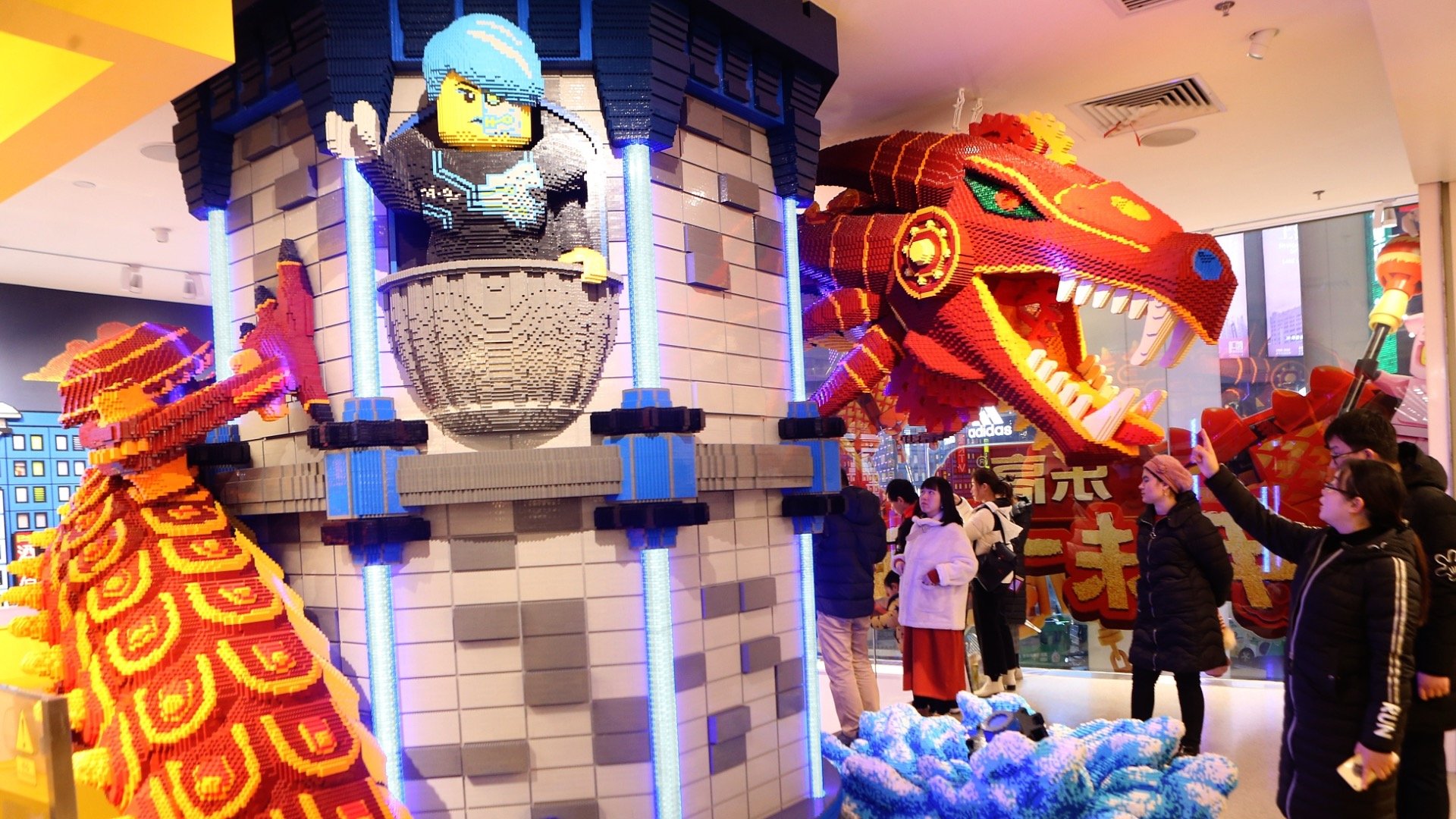 As the one and only Lego red dragon in the world, the model was made up of over 1.8 million pieces with over 7,044 hours to finish. Thanks to the characteristics of Lego bricks, the scales of the dragon are vividly presented. 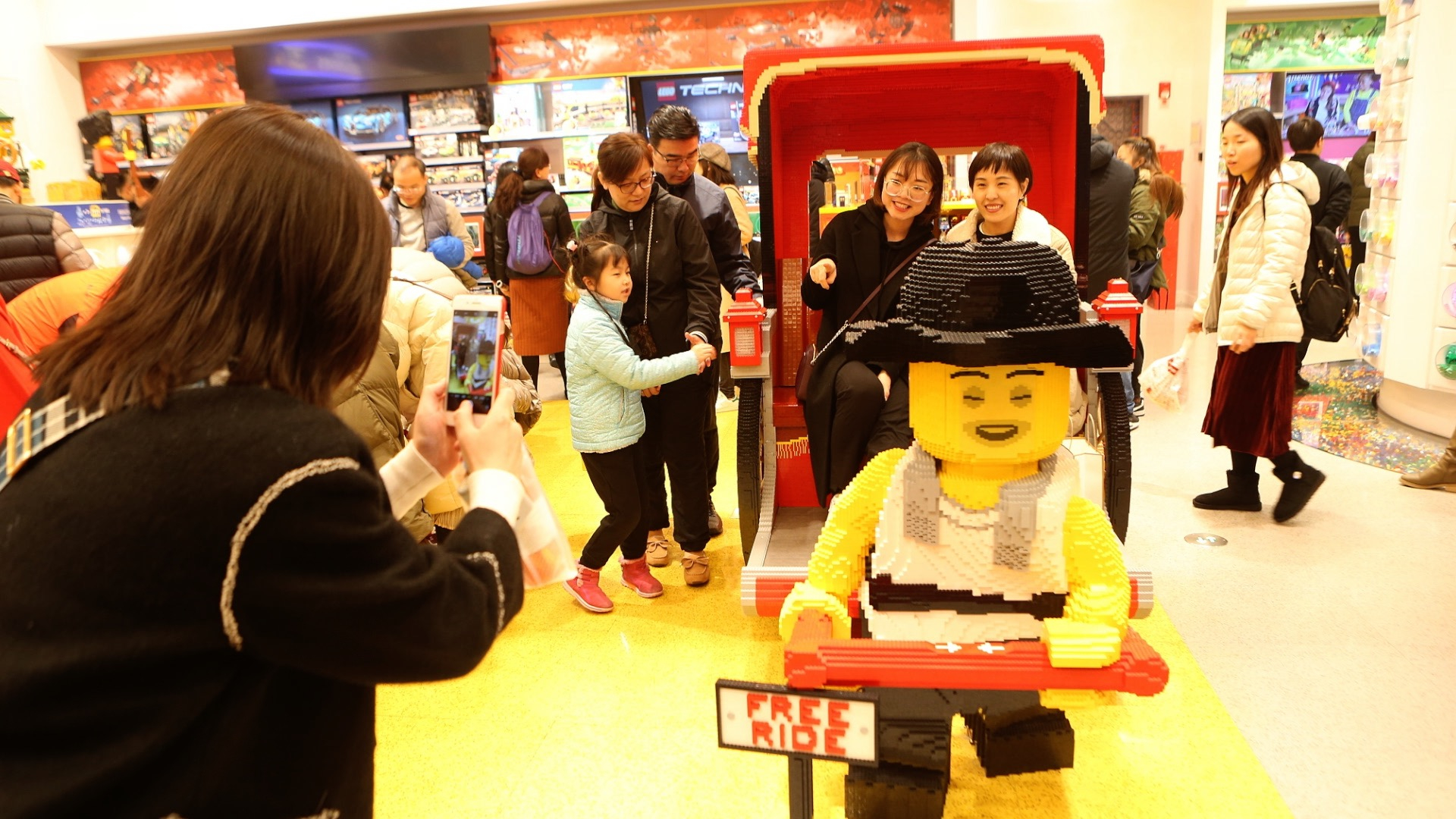 Being one of the 13 flagship stores of the Lego brand, the Shanghai flagship store covers an area of 585 square meters. Apart from the retail area, there are also places for entertainment experience and large models for photographing. 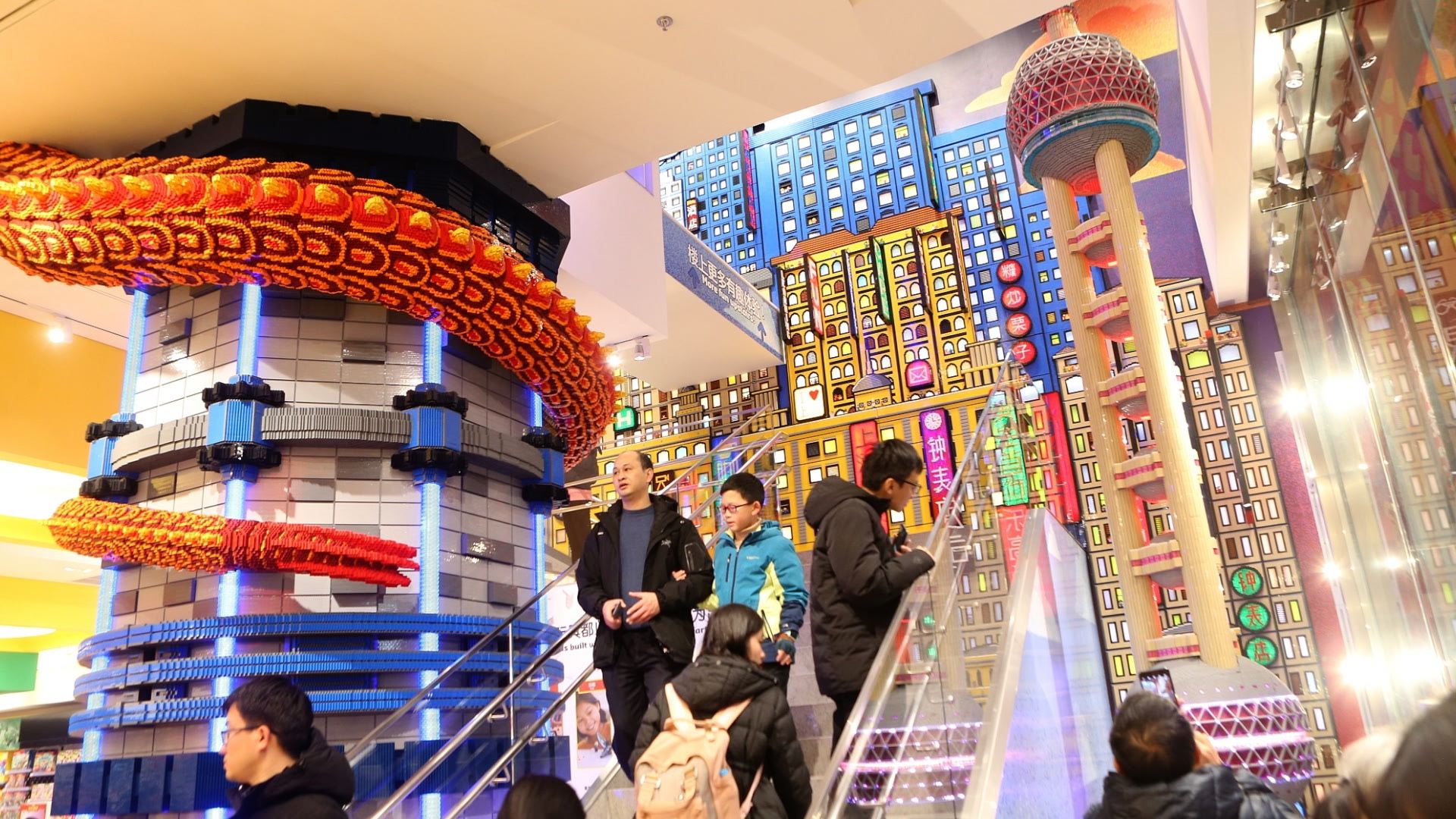 All large models presented in the Shanghai flagship store have been applied approximately four million Lego bricks and spent over 19,000 hours of work.