PHOTOS Midshipmen from the US Naval Academy heralded by Trump

Midshipmen from the US Naval Academy heralded by Trump

1042 graduating midshipmen from the US Naval Academy (USNA) tossed their caps into the air upon the conclusion of the commissioning and graduation ceremony inside Navy-Marine Corps Memorial Stadium in Annapolis, Maryland, May 25, 2018. /VCG Photo 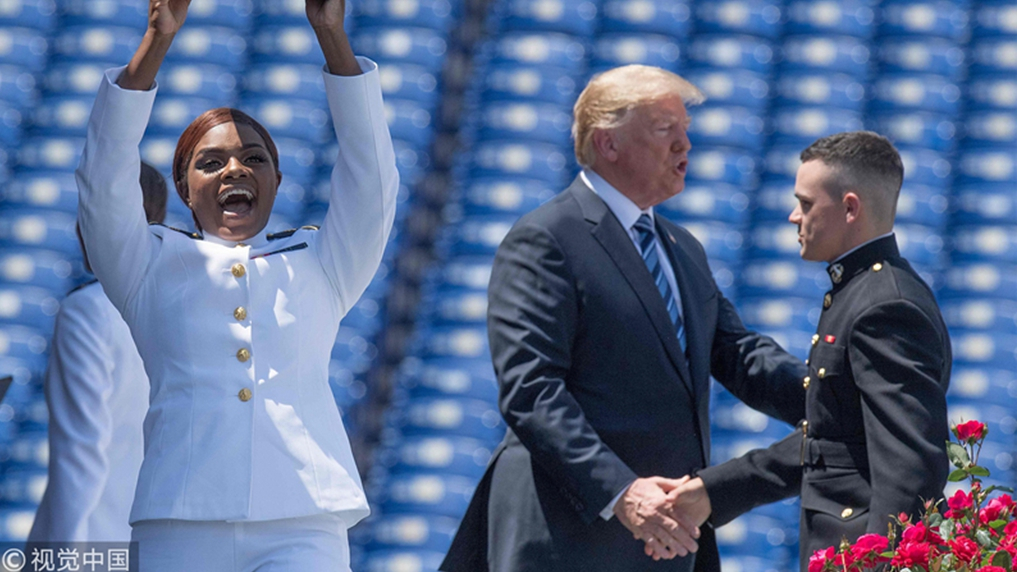 US President Donald Trump addressed and shook hands with the newly commissioned officers after delivering his commencement speech to the graduates along with their friends and families. /VCG Photo 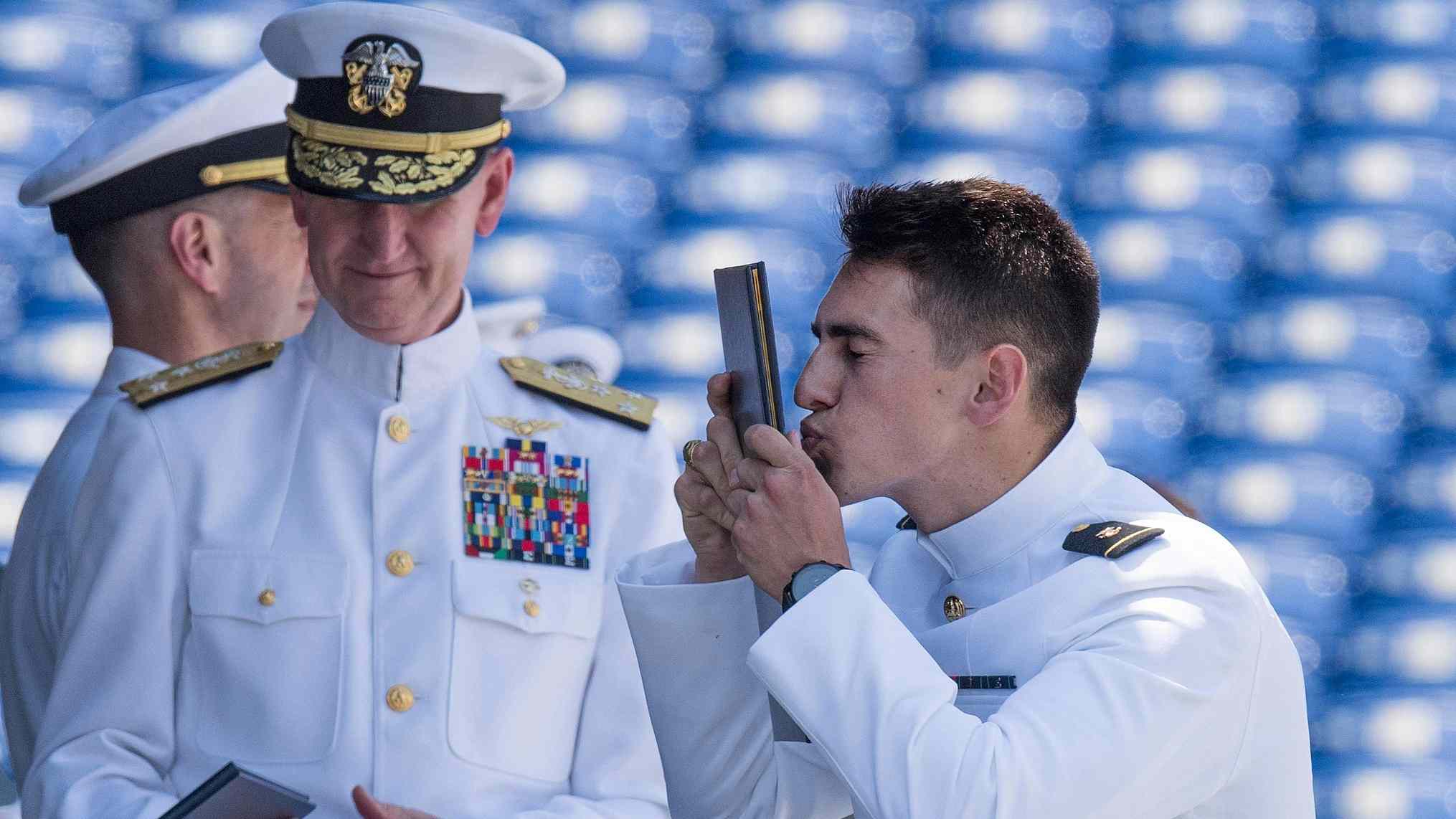 "In case you haven’t noticed, we have become a lot stronger lately. A lot. We are not going to apologize for America. We are going to stand up for America. No more apologies," Trump said in his speech./VCG Photo

In the three hours spent under a cloudless sky, underclassmen of the USNA, who were required to attend the ceremony, tried to find a moment to sneak in a quick snooze. /VCG Photo