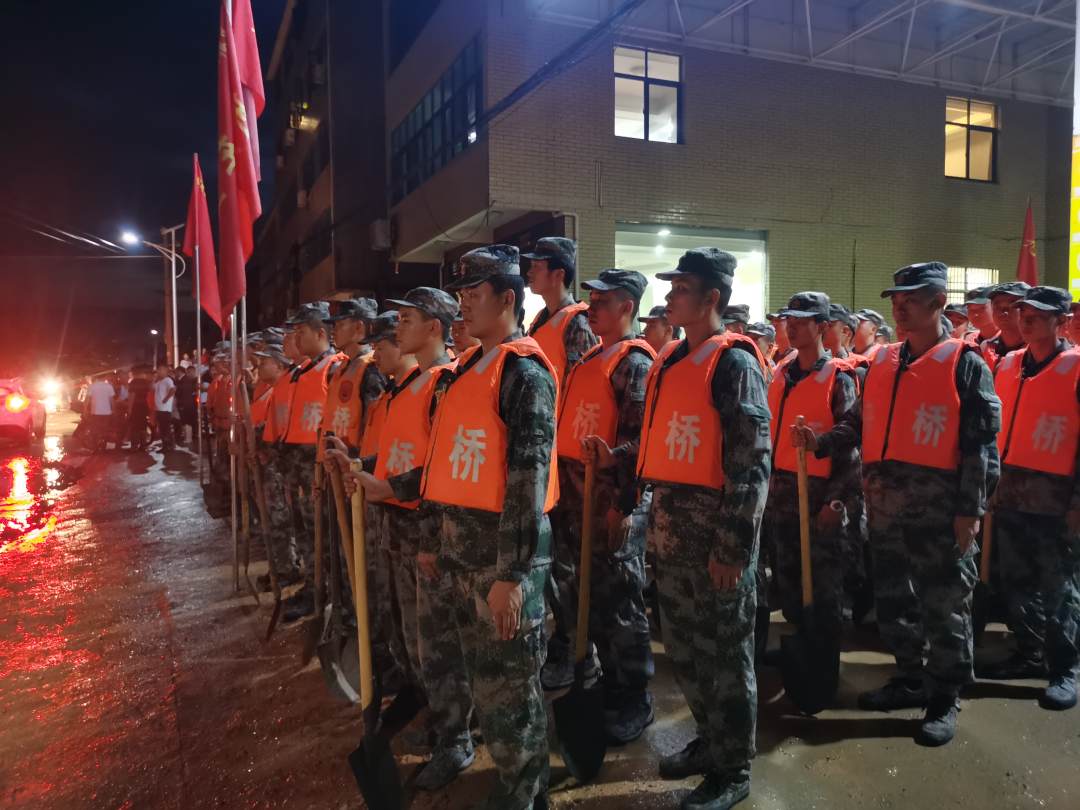 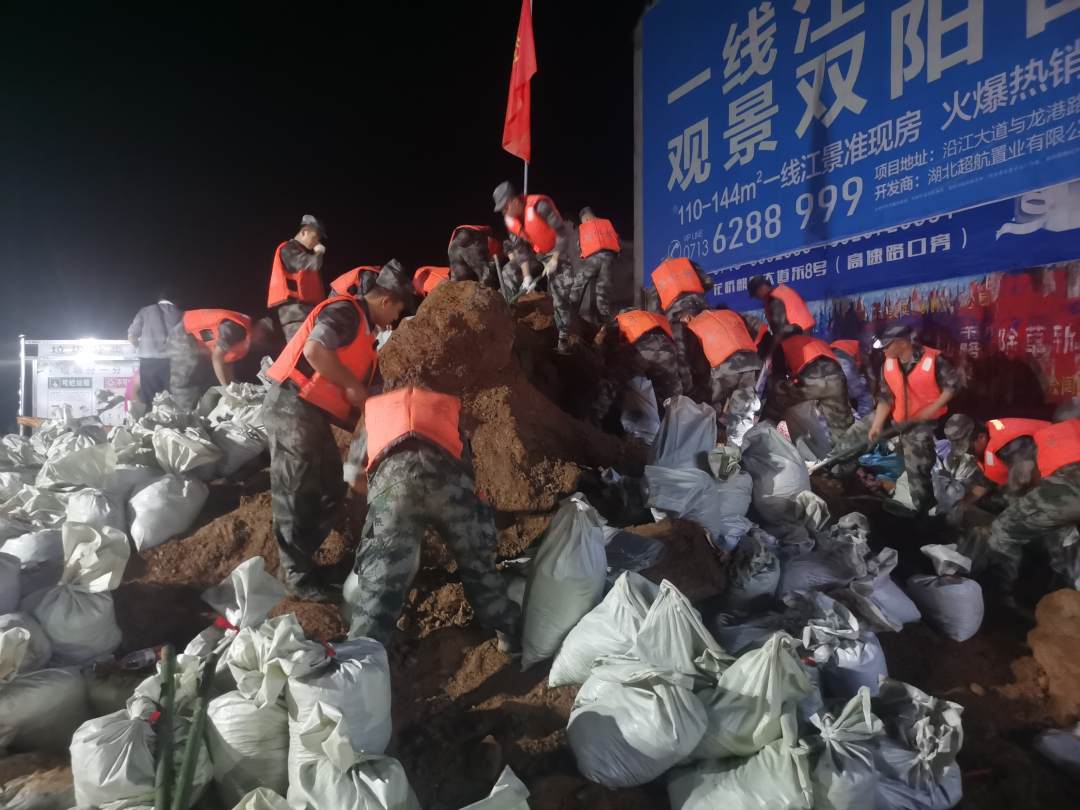 Soldiers are carrying sandbags to the bank to fight the break. At about 5 pm on July 8, the Jingzhu River levee in Hubei’s Huanggang City burst with a 40-meter long breach, threatening more than 10,000 mu of farmland and 6,000 people in four villages nearby. 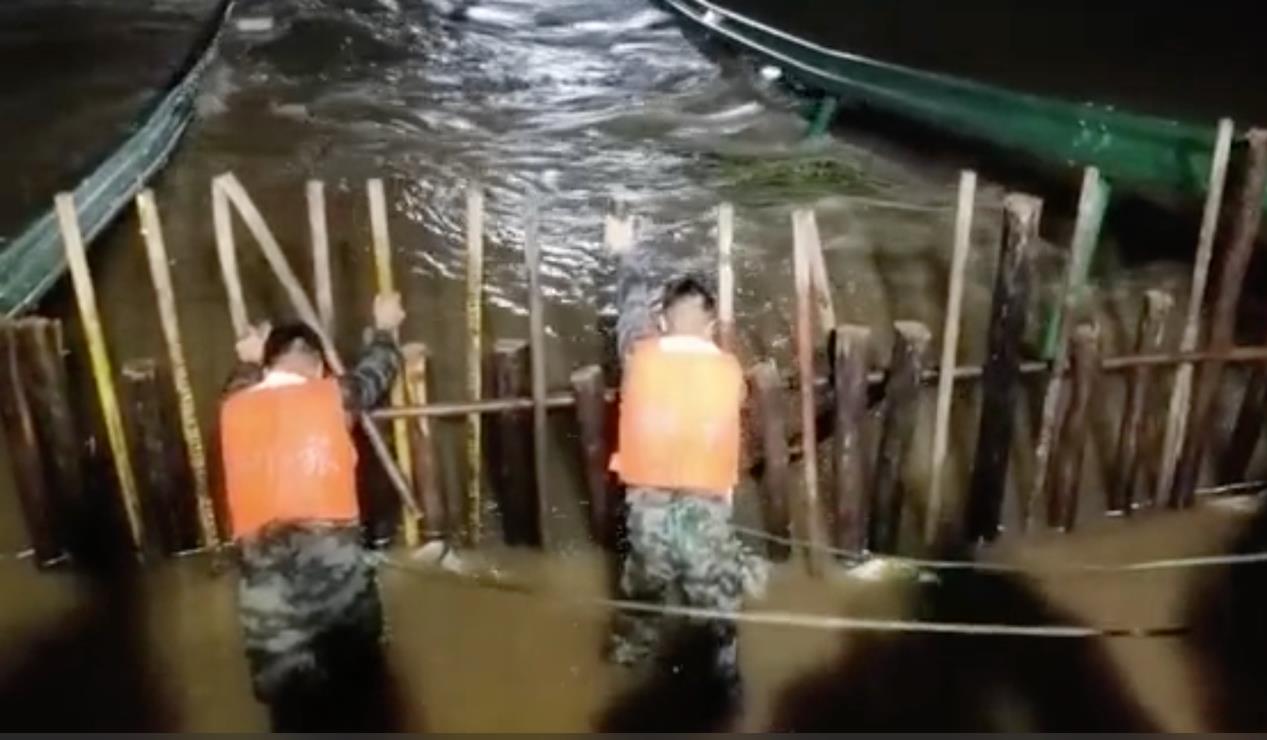 Every soldier has a safety rope on their waist to prevent them from being washed away by the flood. 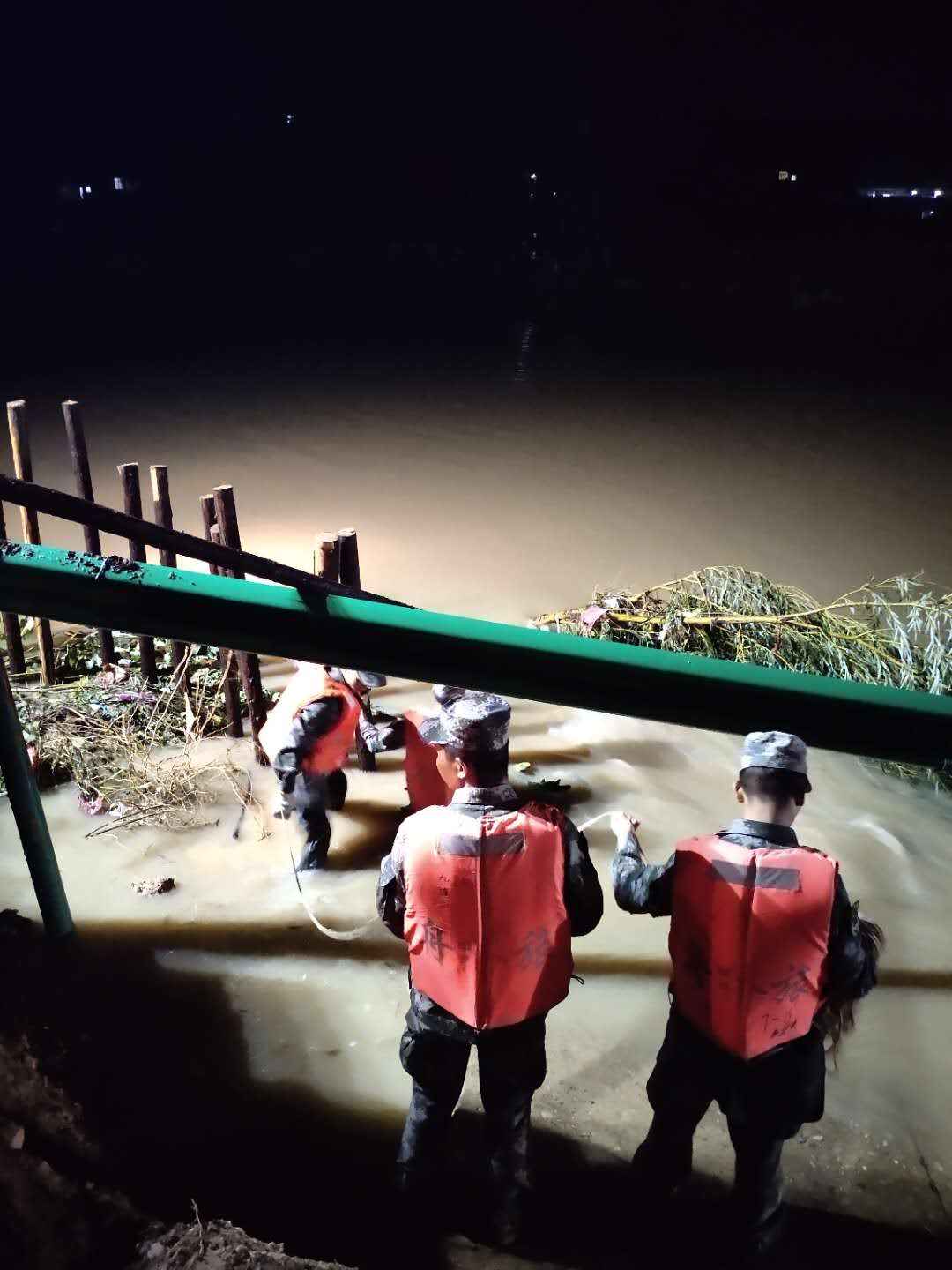 Soldiers hold the rope to make sure each other is safe. 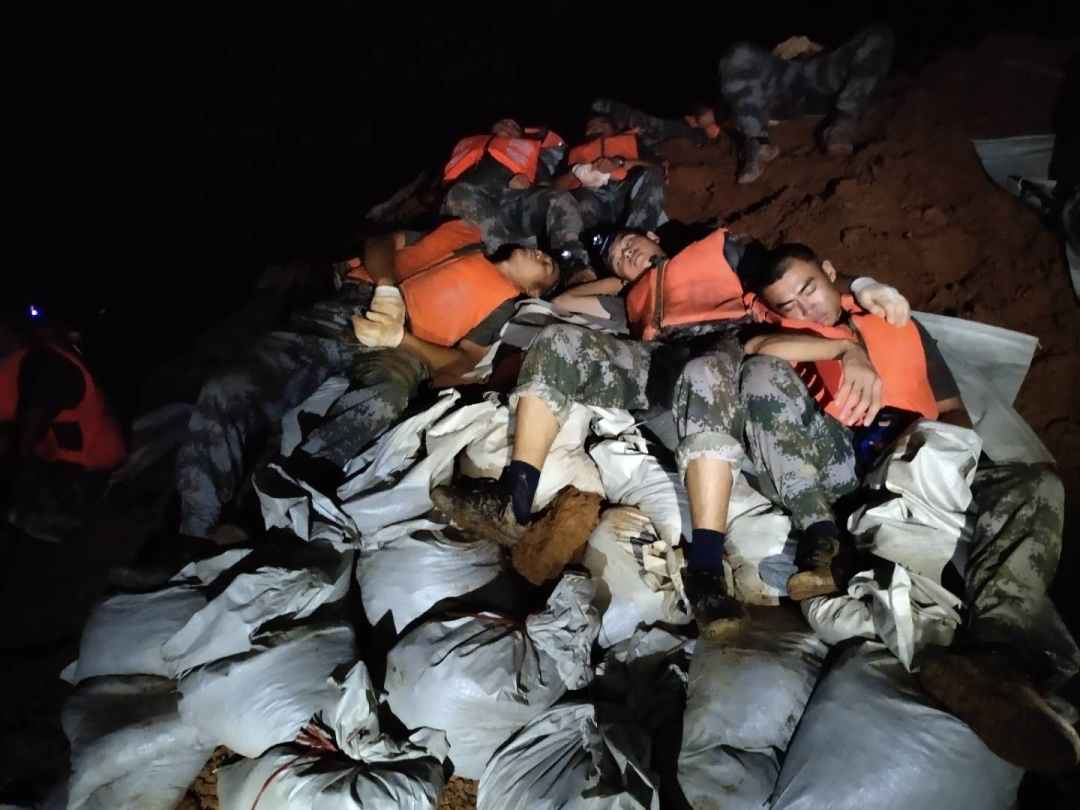 At 5 in the morning, soldiers who had finished their shifts snuggled with each other for a short break on July 9, 2020.