Over a million Catholic devotees joined the annual religious procession to honor a black statue of Jesus Christ in Manila, Philippines on Wednesday. This is one of the world’s biggest shows of Catholic zeal. /VCG Photo 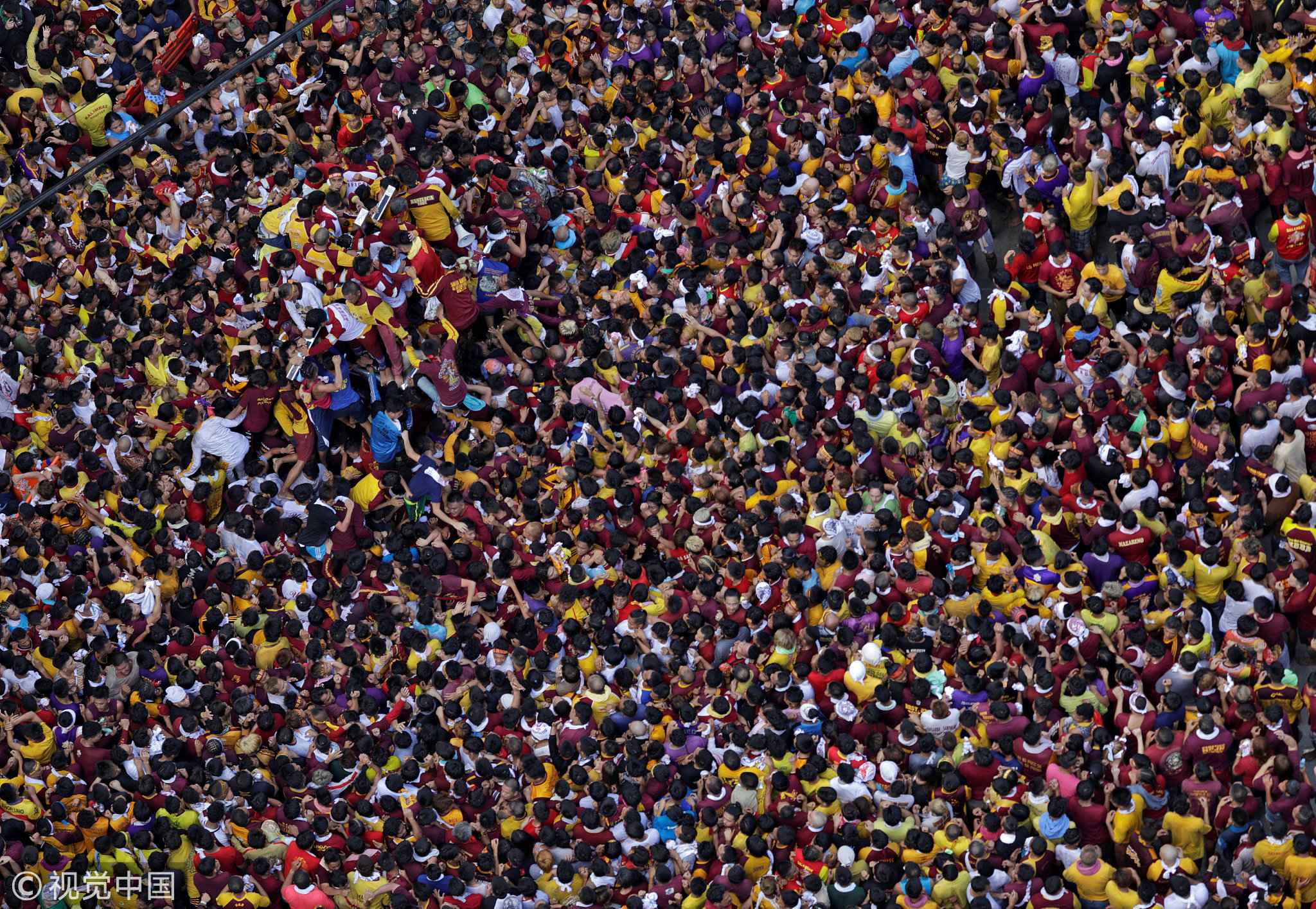 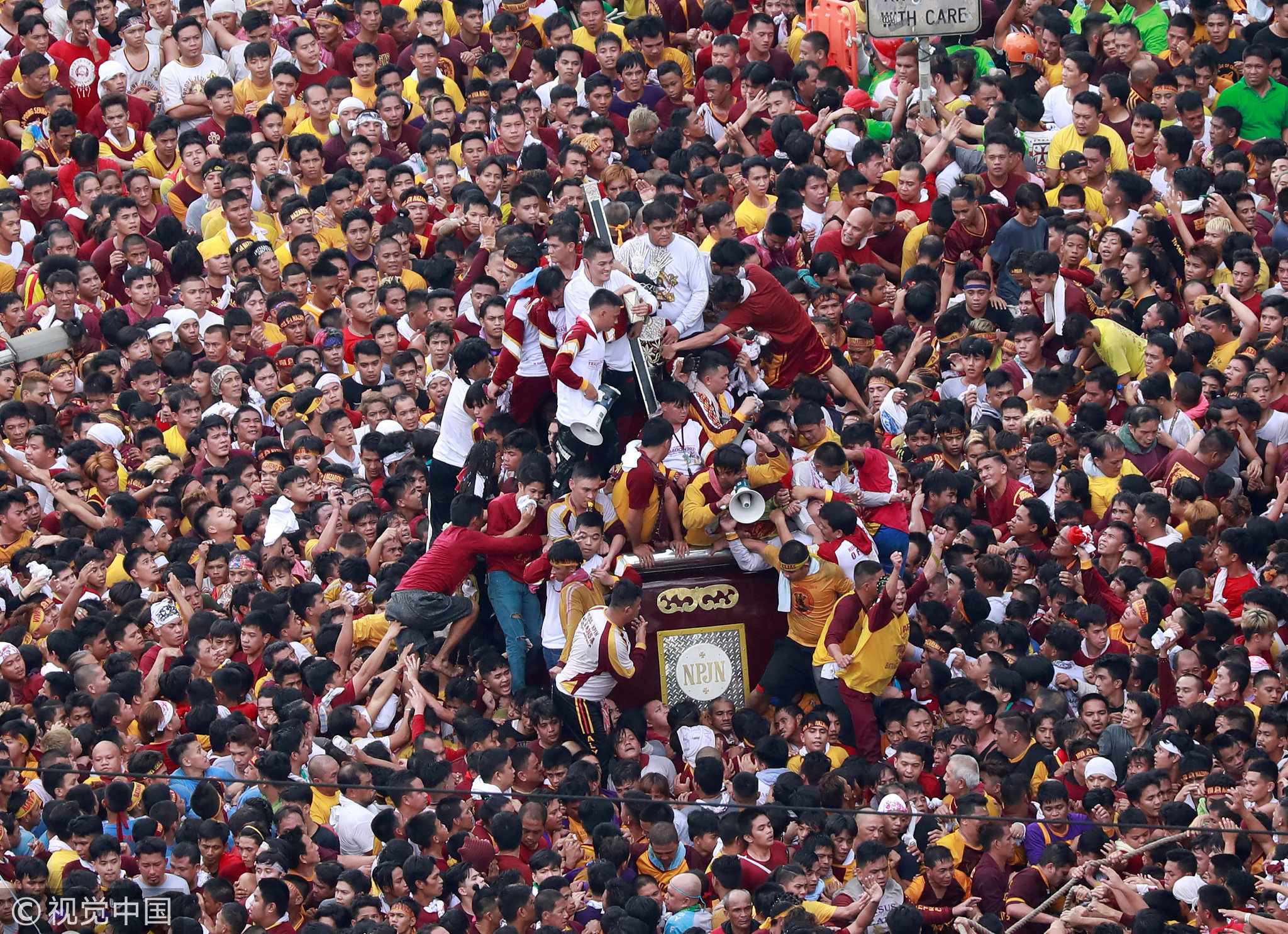 Devotees jostled to touch the statue of the Black Nazarene during the day. /VCG Photo 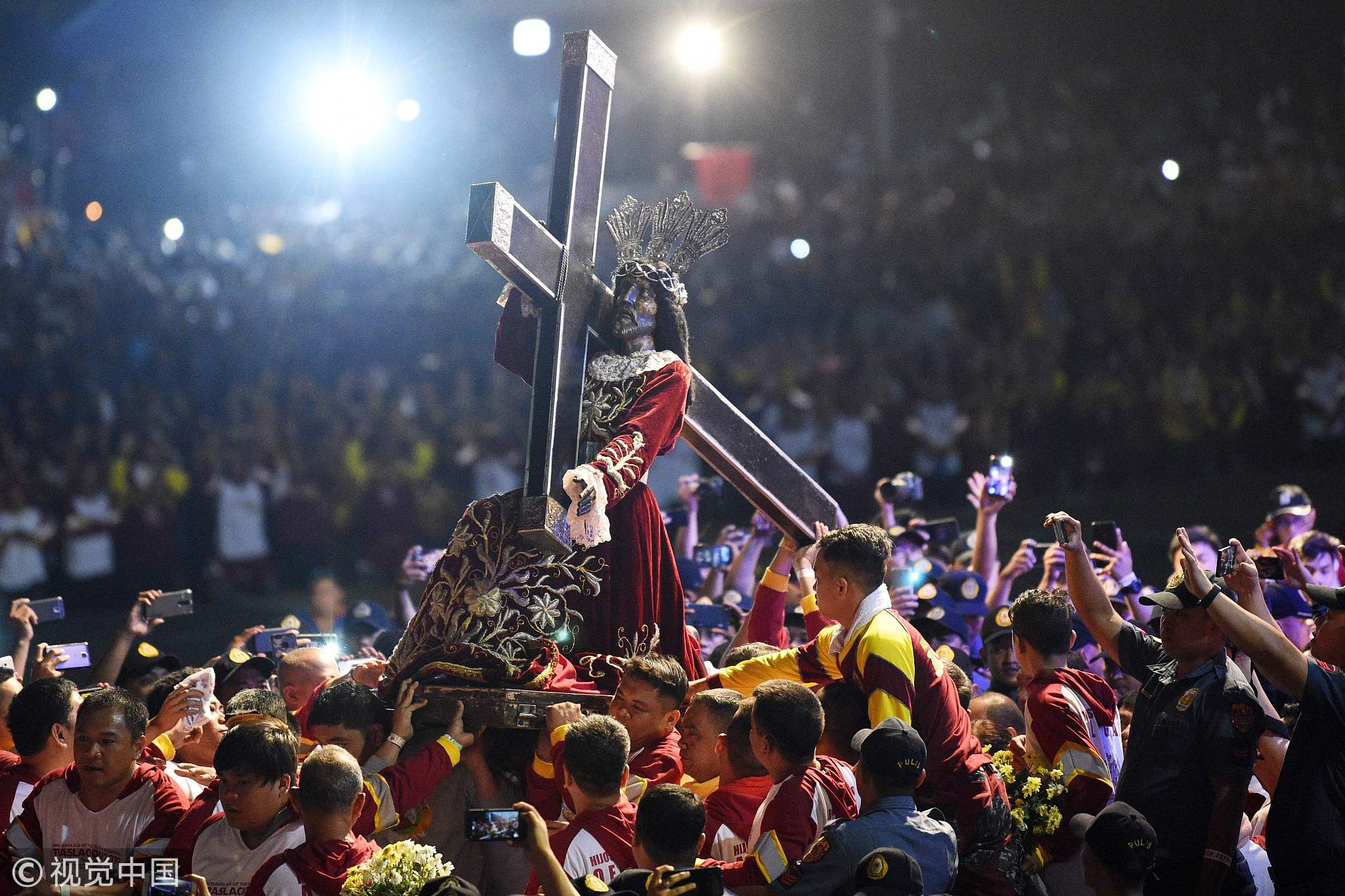 The wooden statue of the Black Nazarene is believed to be shipped from Mexico to Manila in 1606 by Spanish missionaries. /VCG Photo 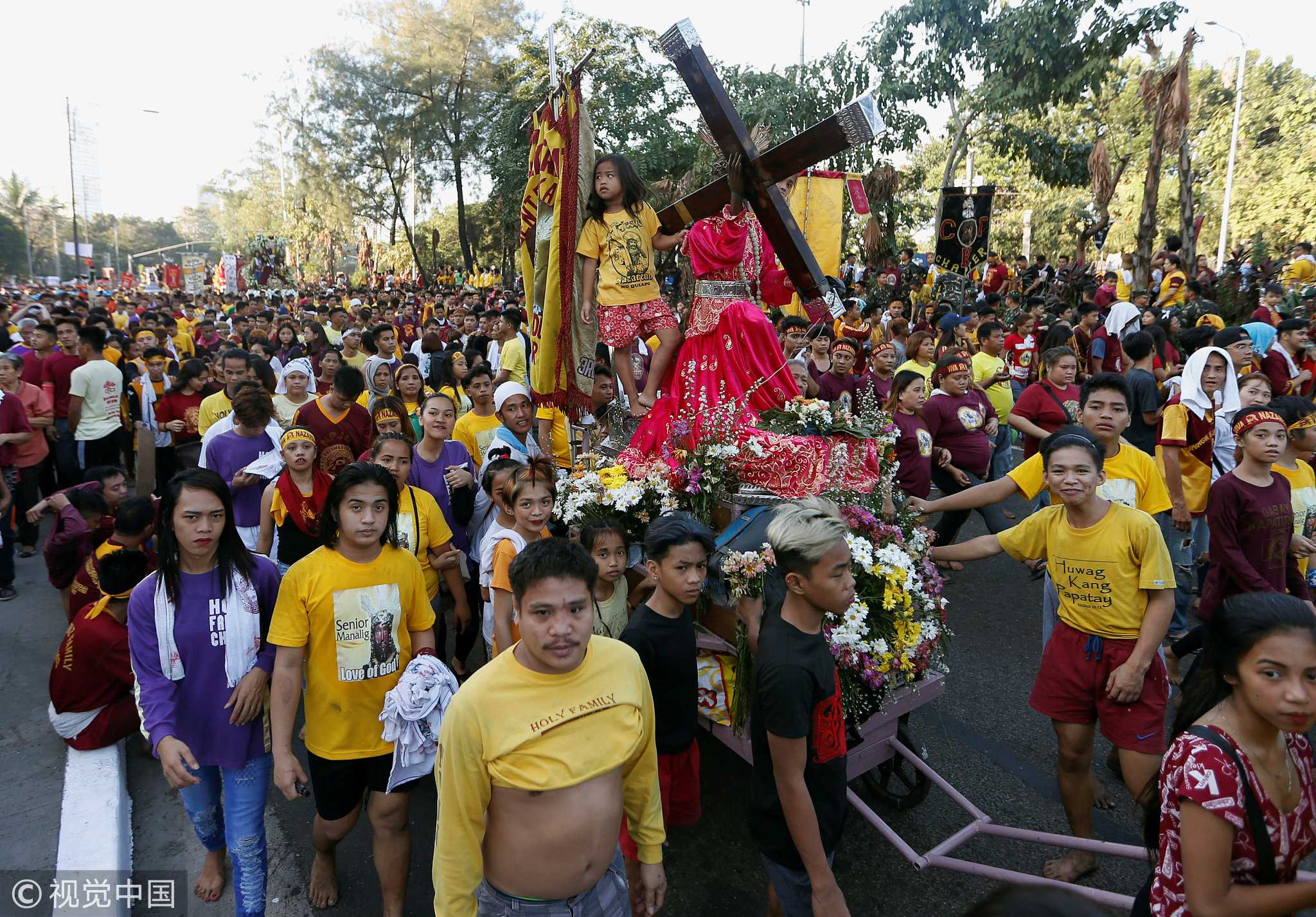 The Philippine government deployed over 7,000 police officer and soldiers for security during the Black Nazarene feast day. /VCG Photo