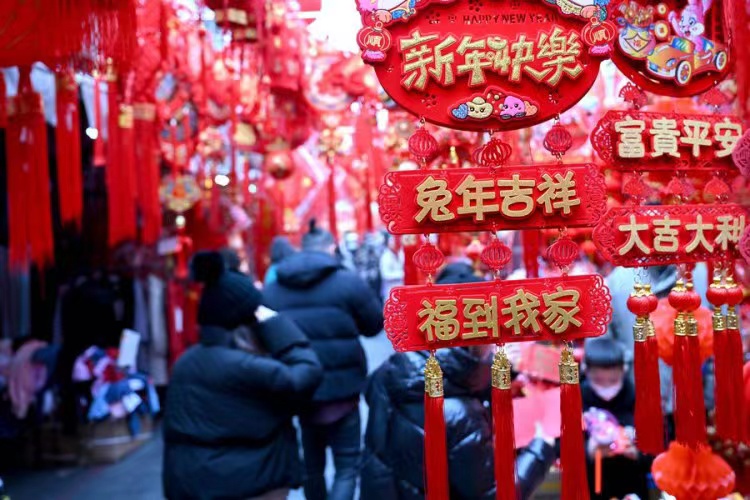 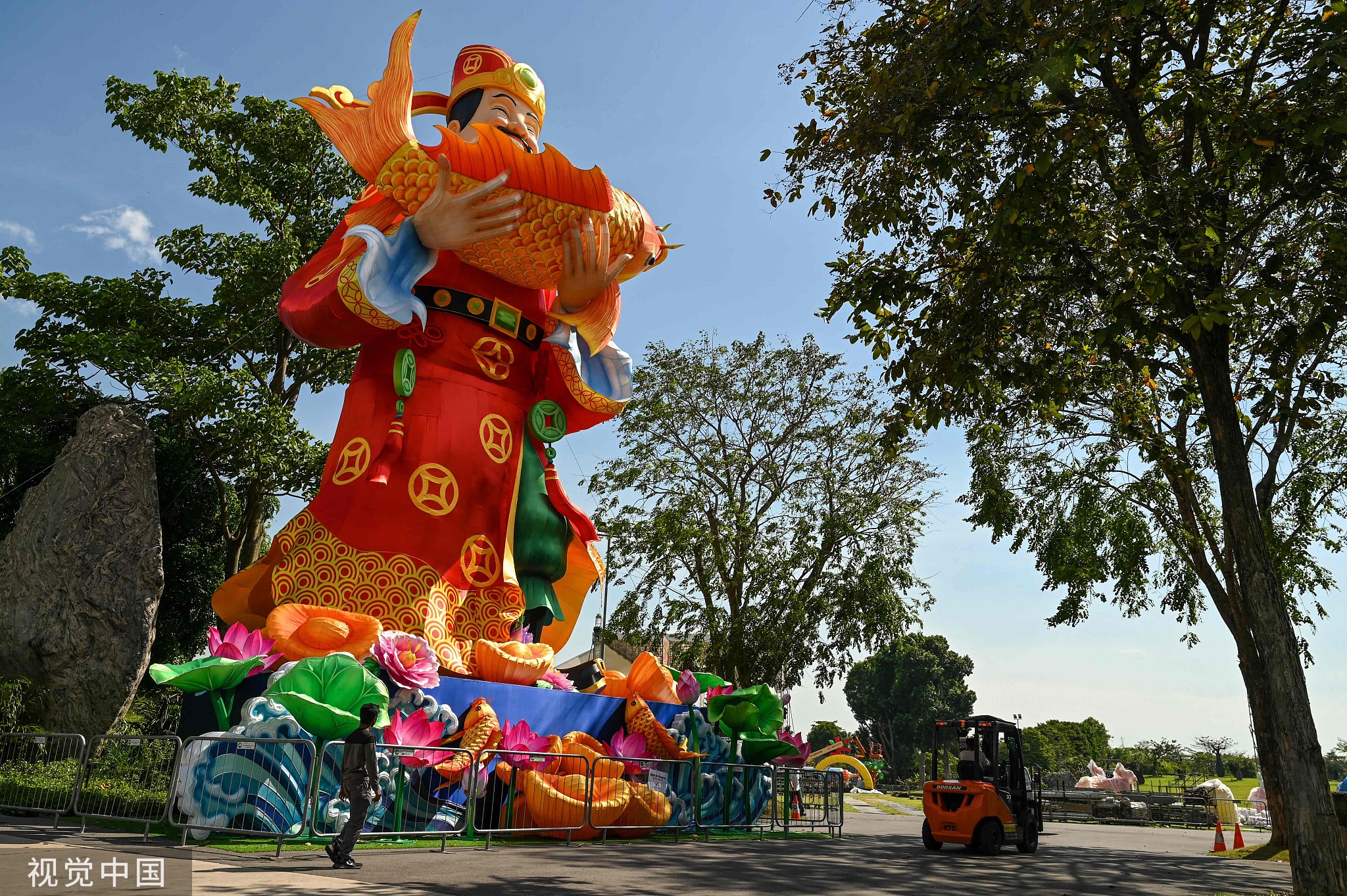 A huge statue of the god of fortune, to mark the upcoming Lunar New Year celebrations, is pictured at the Gardens by the Bay in Singapore on Friday. (Photo: CFP) 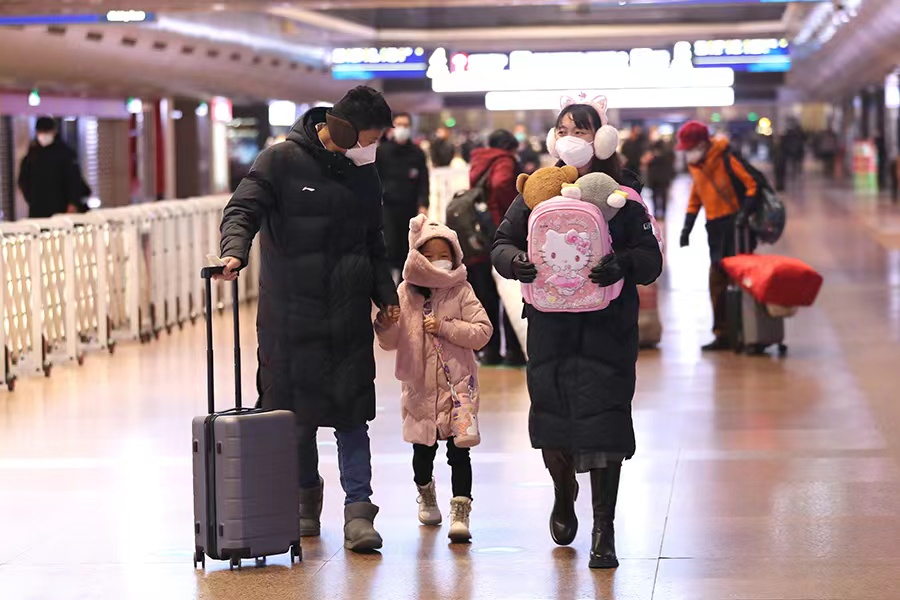 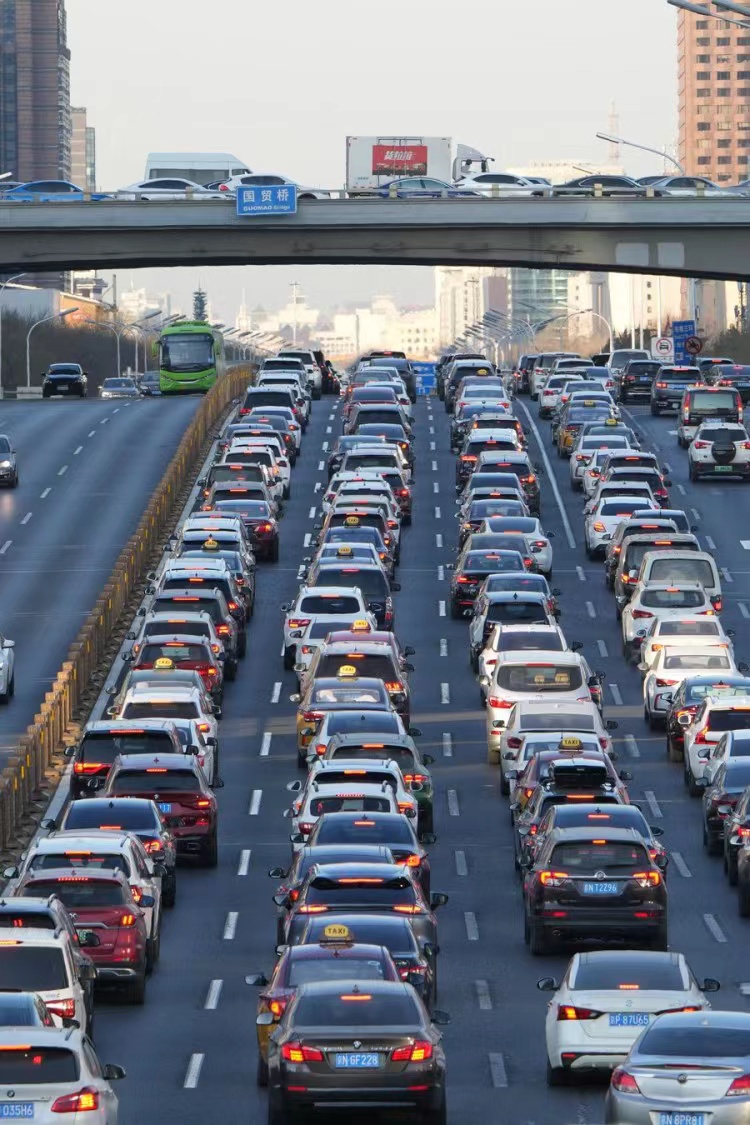 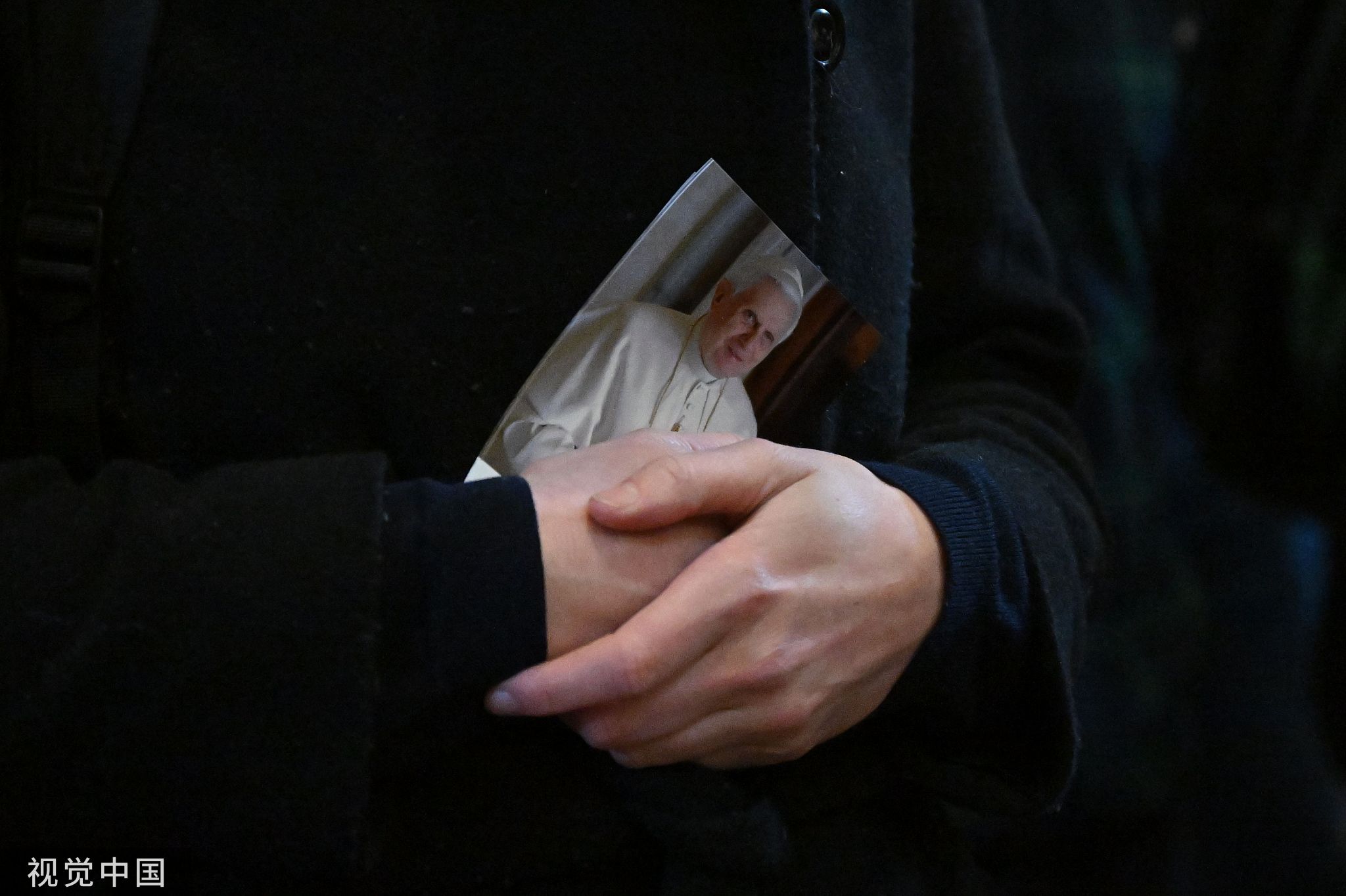 A person holds a photo of former pope Benedict XVI as people come to pay their respects on Wednesday at St Peter's Basilica at the Vatican. Benedict, a conservative intellectual who in 2013 became the first pontiff in six centuries to resign, died on December 31, 2022, at the age of 95. (Photo: CFP) 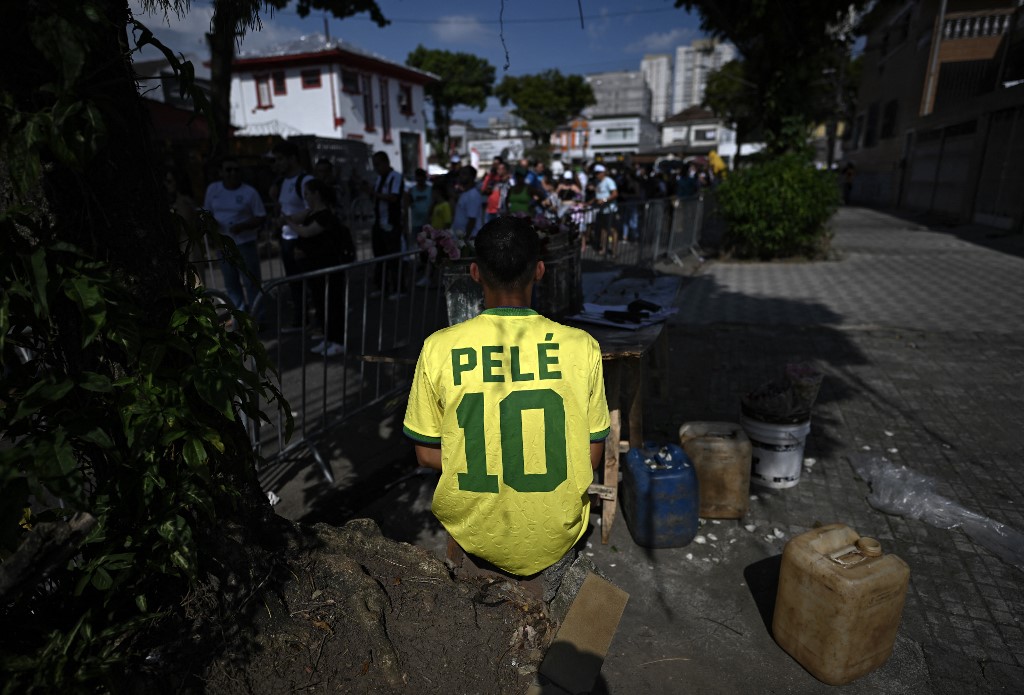 A man wears a jersey of Brazilian football legend Pele as people queue to get in the Urbano Caldeira stadium, also known as Vila Belmiro, where a wake in his honour is being held, in Santos, Sao Paulo State, Brazil, on Monday. (Photo: AFP) 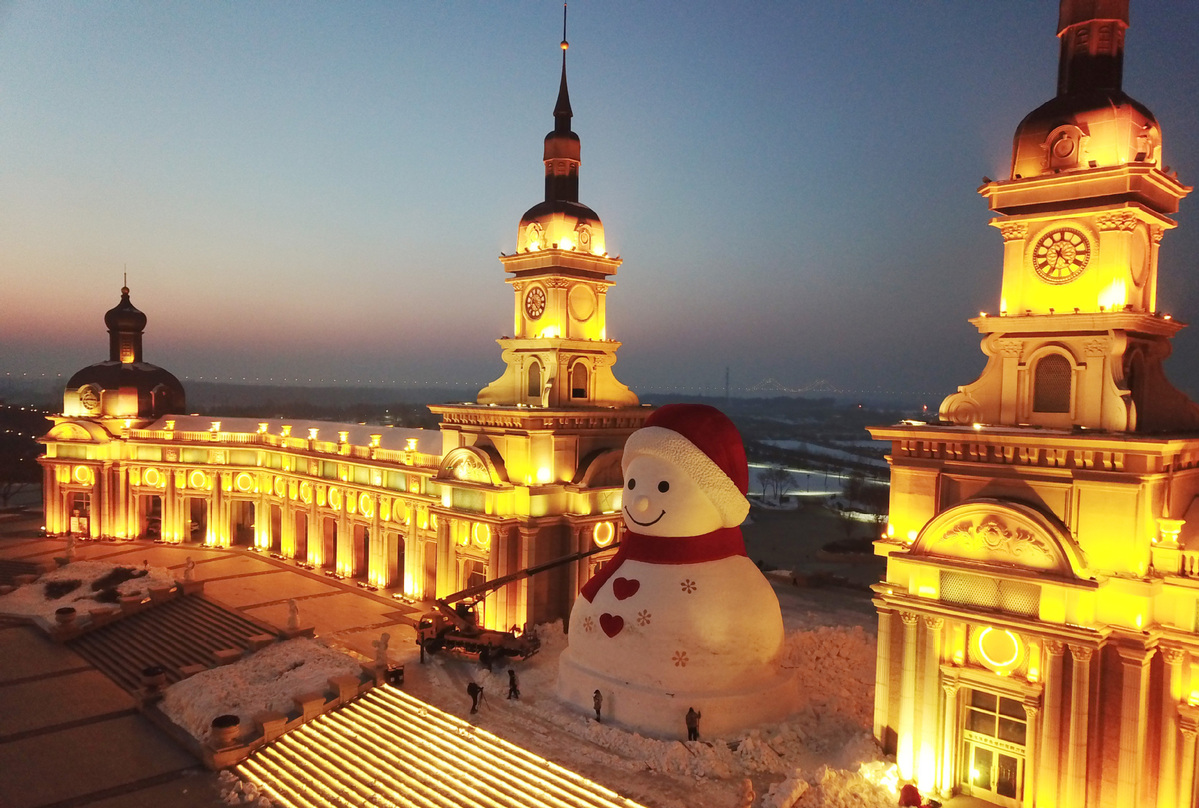 A giant snowman is built on the bank of Songhua River in Harbin, the capital of Northeast China’s Heilongjiang Province, on Wednesday. Around 2,000 cubic meters of snow was used to create the 18-meter-tall figure dressed in a red hat and scarf. (Photo: Xinhua) 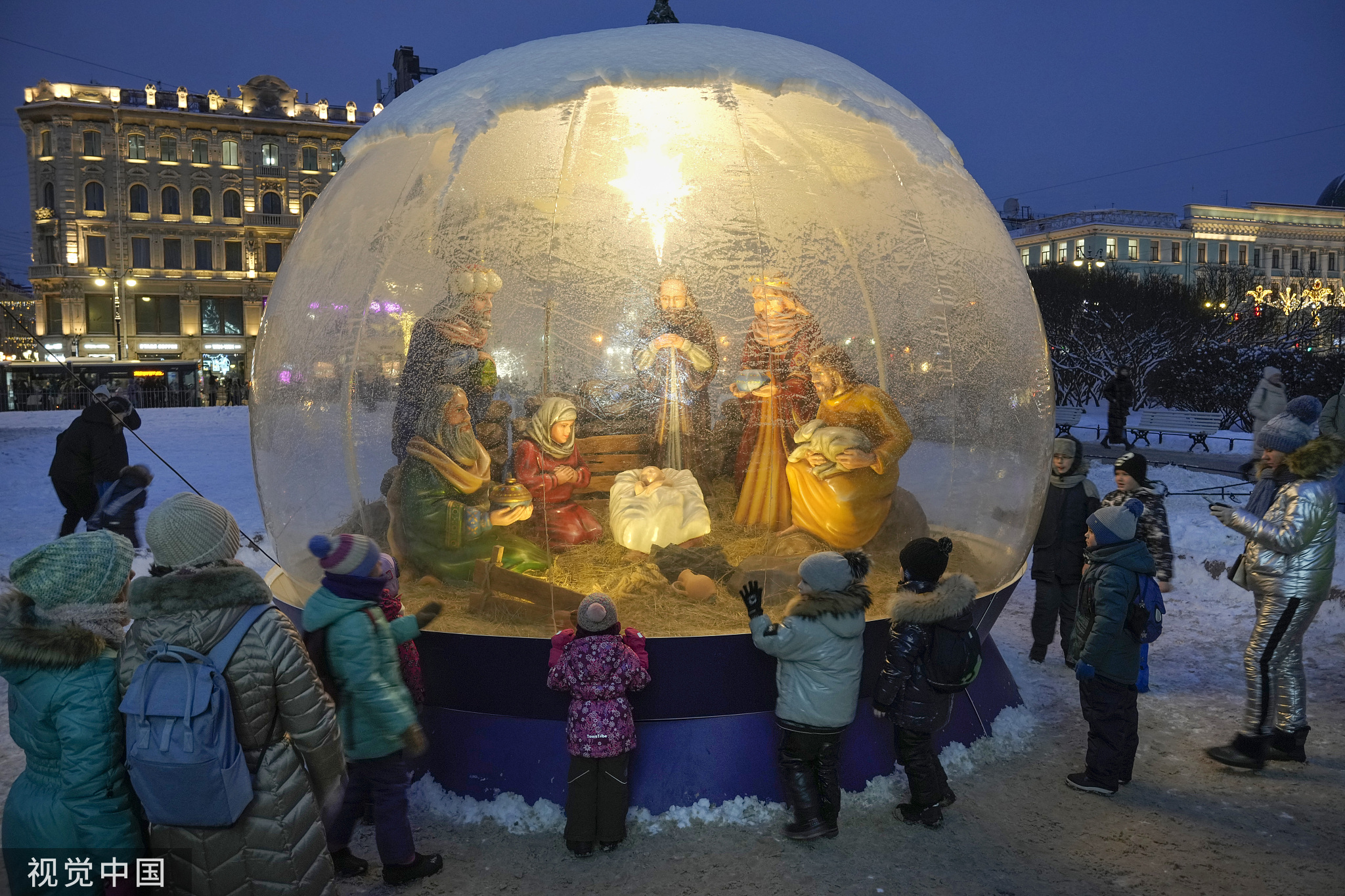 Children stand next to a Christmas crib near a church during Orthodox Christmas celebrations in St. Petersburg, Russia, on Friday. (Photo: CFP) 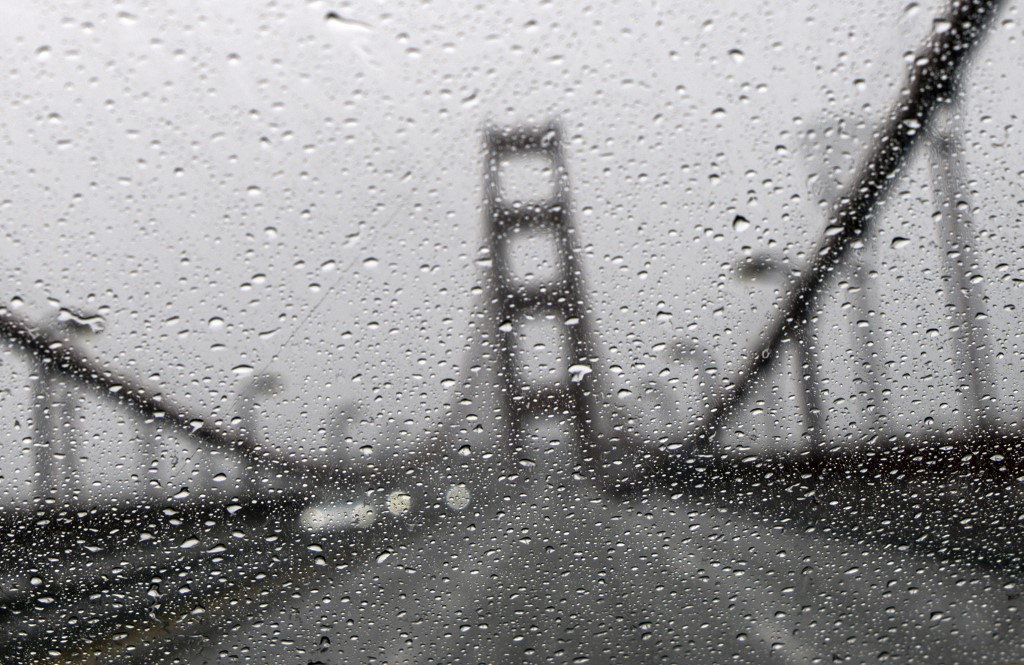 The Golden Gate Bridge is seen through a rainy windshield in San Francisco, California, on Wednesday. A bomb cyclone smashed into California on January 4, 2023, bringing powerful winds and torrential rain that was expected to cause flooding in areas already saturated by consecutive storms. (Photo: AFP) 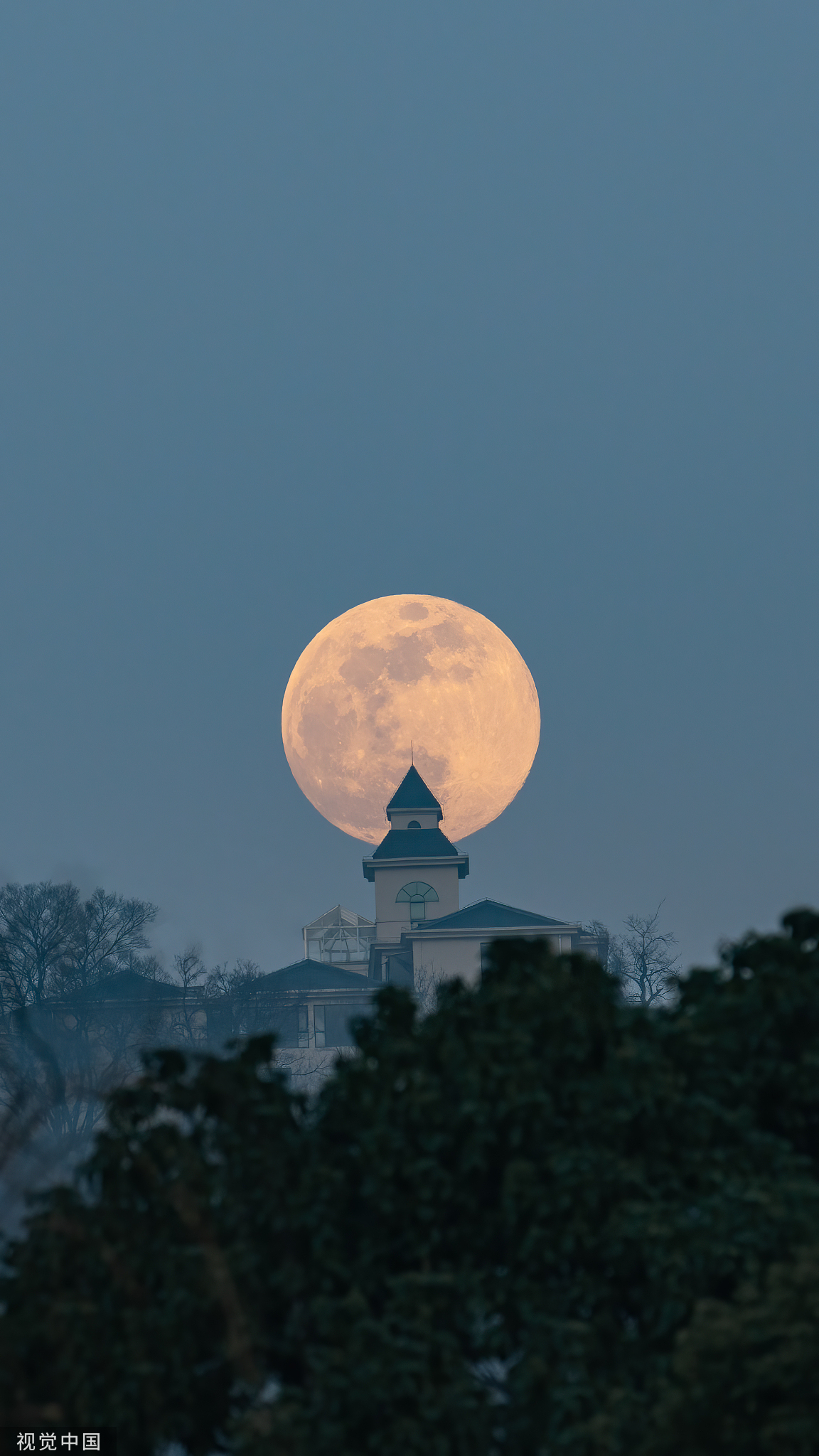