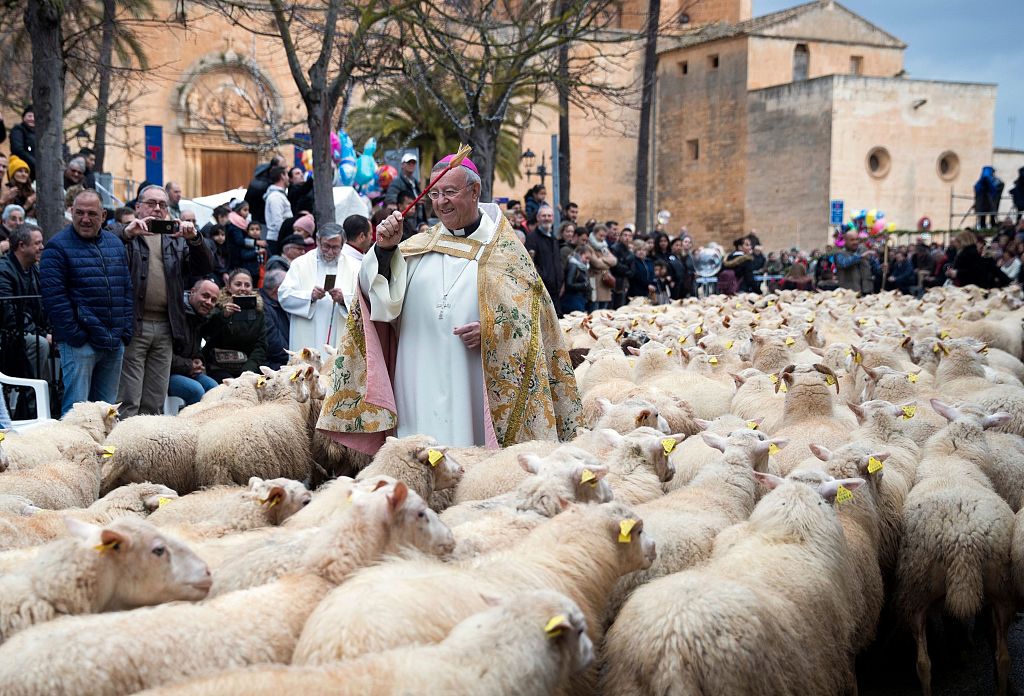 Sheep filled a Spanish church in central Madrid on Thursday for an annual blessing on the Day of Saint Anthony, Spain's patron saint of animals. Every year, faithful animal lovers from across the country enthusiastically bring their pets to the church to receive blessings. (Photo: VCG) 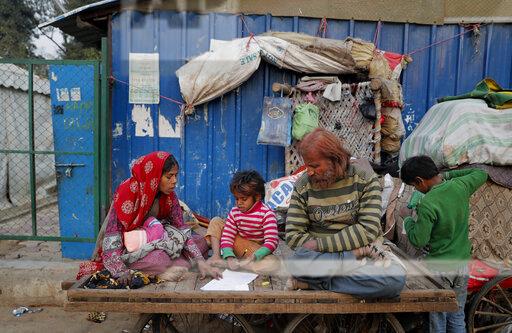 A homeless woman helps her son Farmaan with his homework as they sit on a bicycle cart, their belongings hanging on a wall, in New Delhi, India, Jan. 16, 2019. Some 800 million people in the country live in poverty, many of them migrating to big cities in search of a livelihood and often ending up on the streets. (Photo: AP) 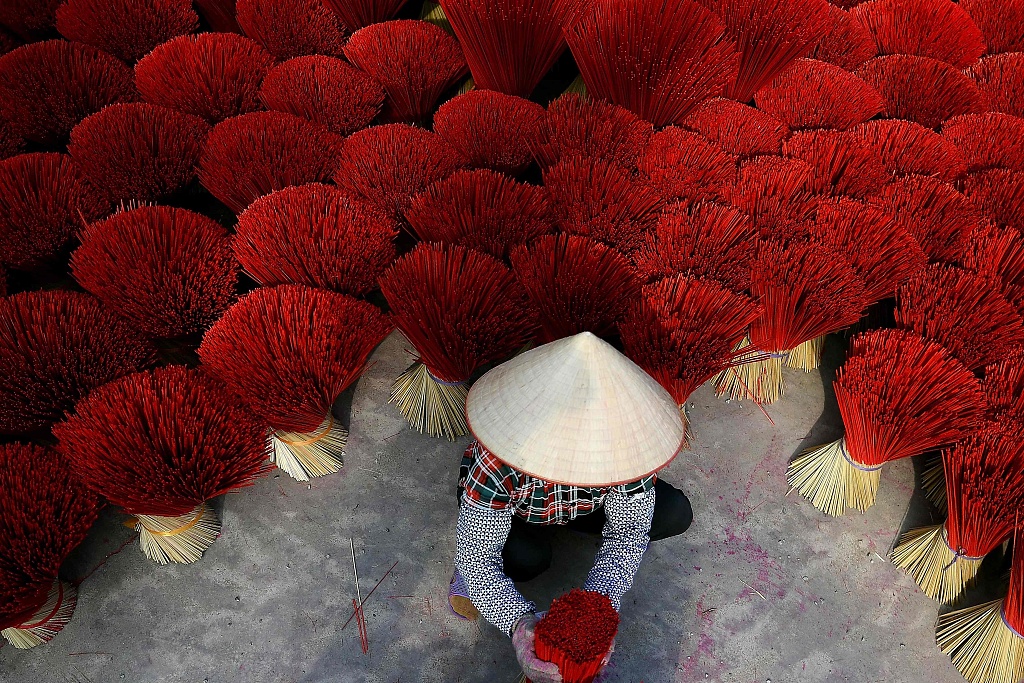 A Vietnamese woman collects incense sticks in a courtyard at century-old Quang Phu Cau village on January 14, 2019. In Vietnam's 'incense village', hundreds of workers are hard at work dying, drying and whittling down bamboo bark to make the fragrant sticks ahead of the busy lunar new year holiday. (Photo: VCG) 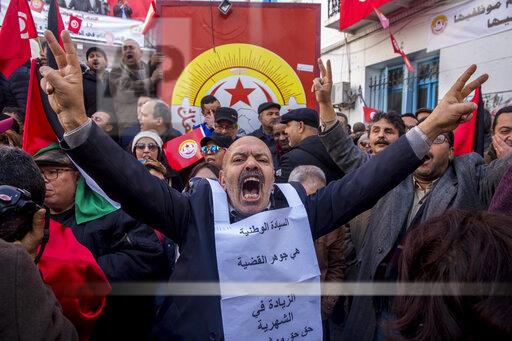 Tunisian workers stage a protest in front of the national union headquarters in the capital Tunis, Thursday, Jan. 17, 2019. Workers around Tunisia are on strike to demand higher pay in a standoff with a government struggling to tame unemployment, poverty and social tensions. (Photo: AP) 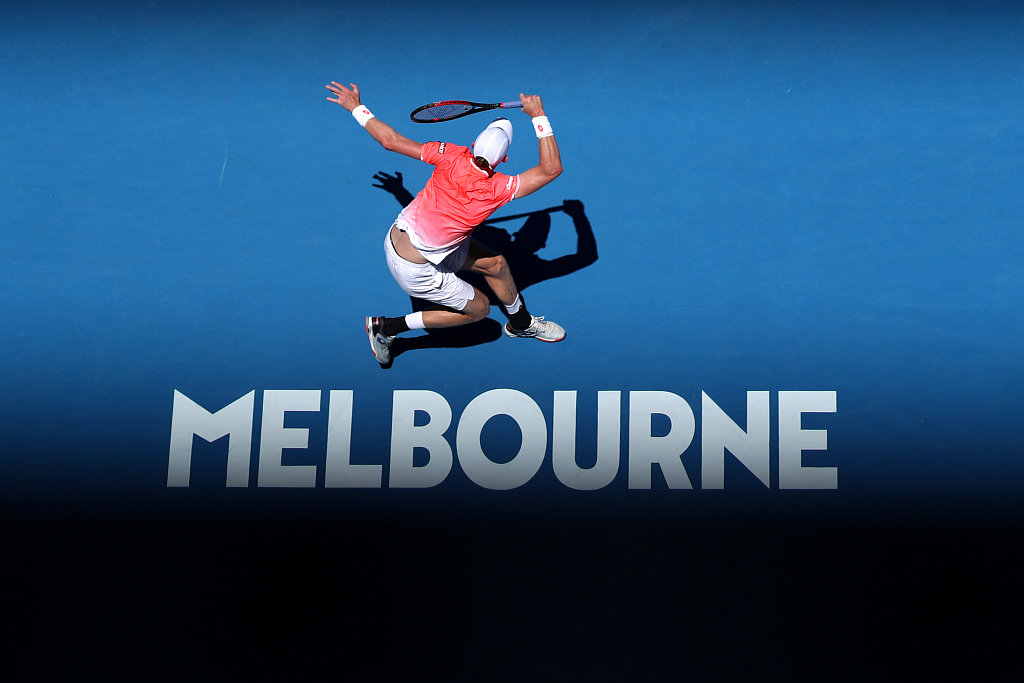 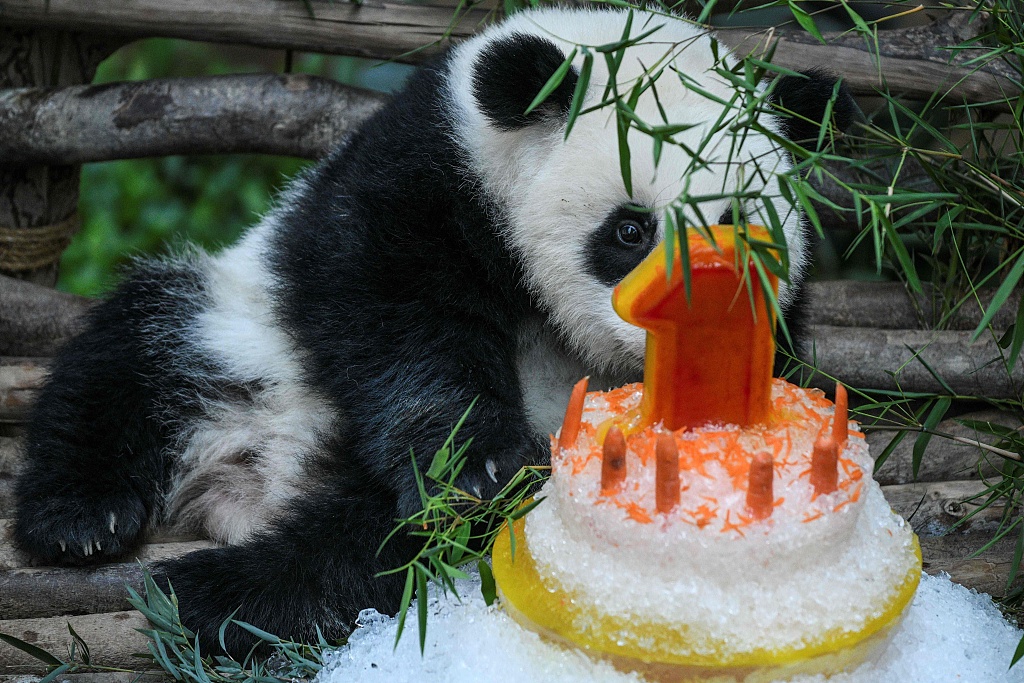 A female one-year-old panda cub sits next to her birthday cake during a celebration at Malaysia's national zoo in Kuala Lumpur on January 14, 2019. The second panda was born at the zoo on January 14, 2018 from parents Liang Liang and Xing Xing, a pair loaned from China. (Photo: VCG) 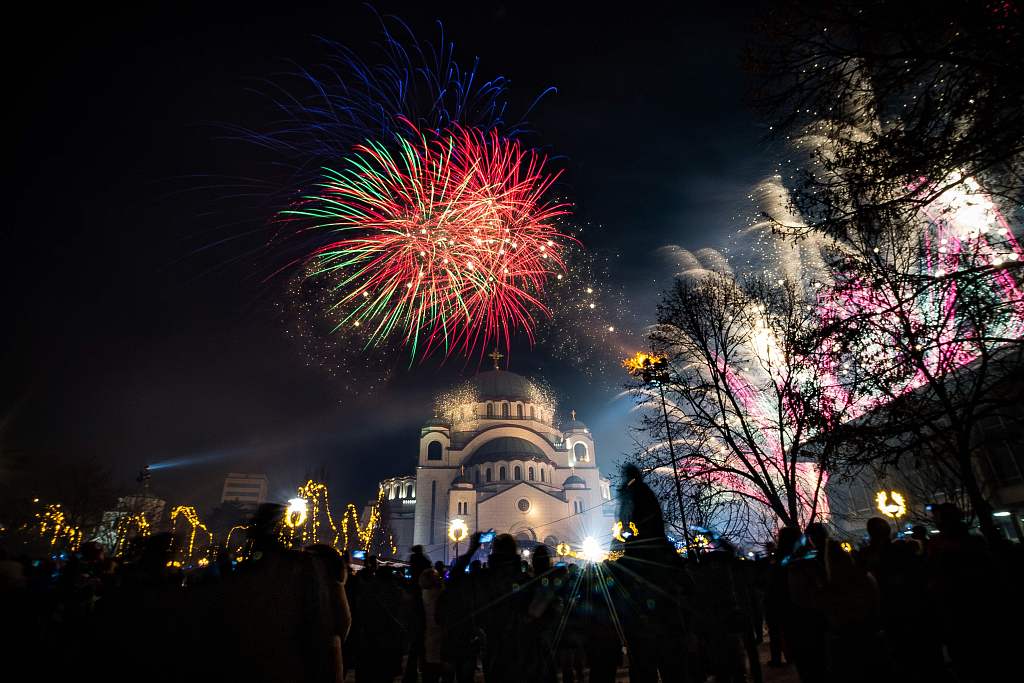 Fireworks explode over Belgrade's Saint Sava Church to mark the Orthodox Christian New Year early on January 14, 2019. The Old New Year or the Orthodox New Year is an informal traditional holiday, celebrated as the start of the New Year in the Julian calendar. (Photo: VCG) 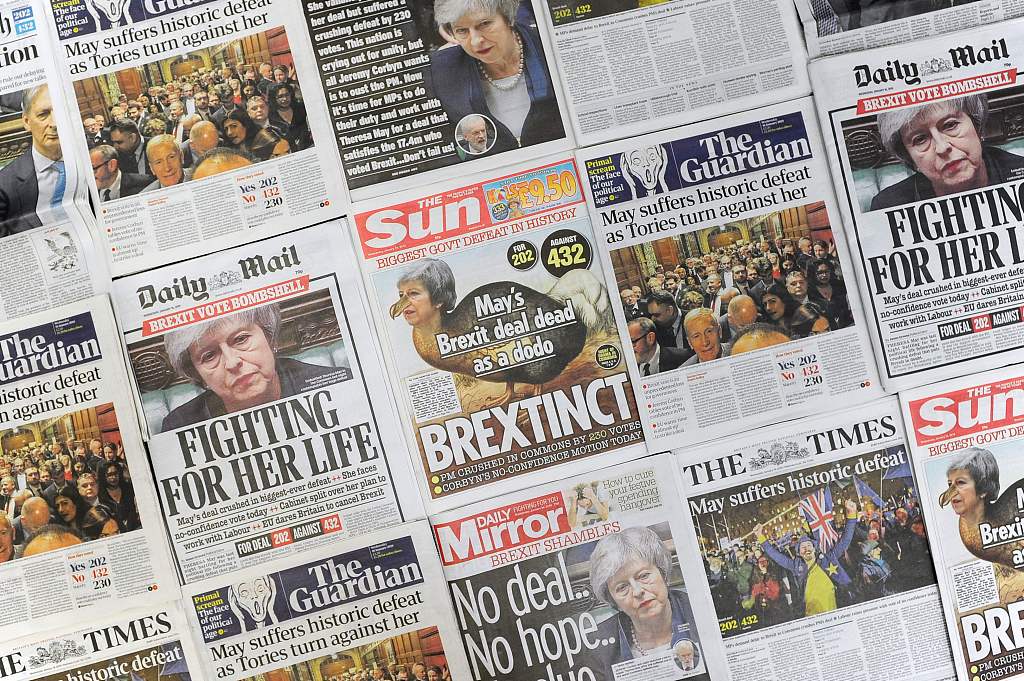 An arrangement of daily newspapers photographed in London on January 16, 2019 shows front pages reporting on the UK parliament's rejection of the government's Brexit deal. Prime Minister Theresa May was left "crushed" and "humiliated", Britain's newspapers said on January 16 as they raked over the fallout from parliament's huge rejection of her EU divorce deal. (Photo: VCG) 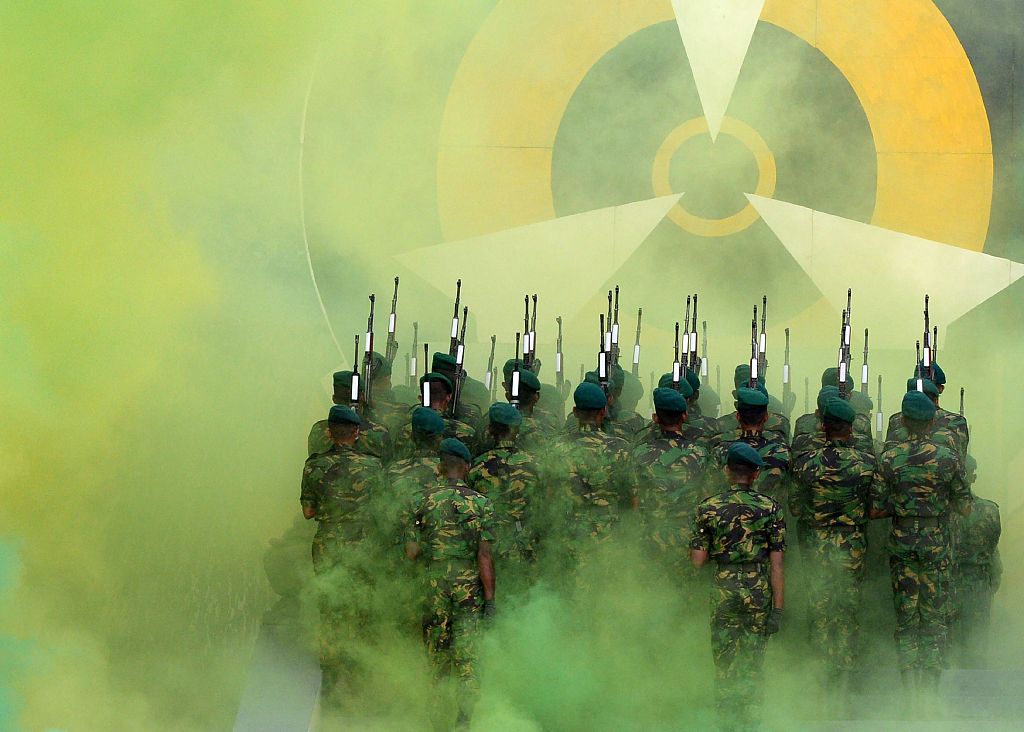 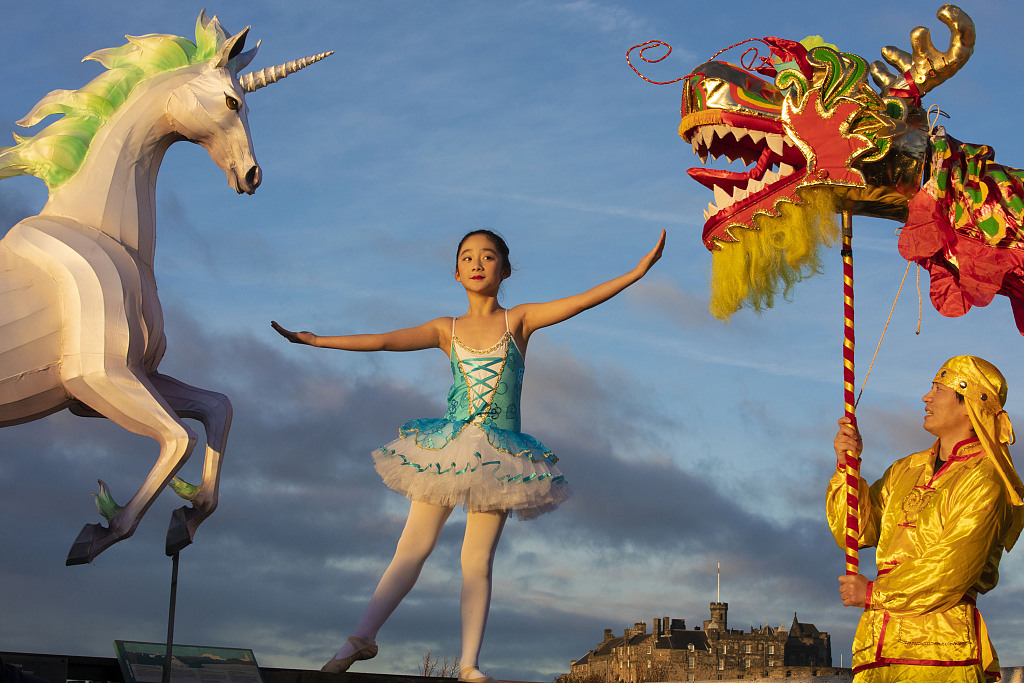 A Chinese Dragon meets a mythical unicorn on the National Museum of Scotland rooftop at a program for Scotland’s largest Chinese New Year celebrations on January 16, 2019. (Photo: VCG)