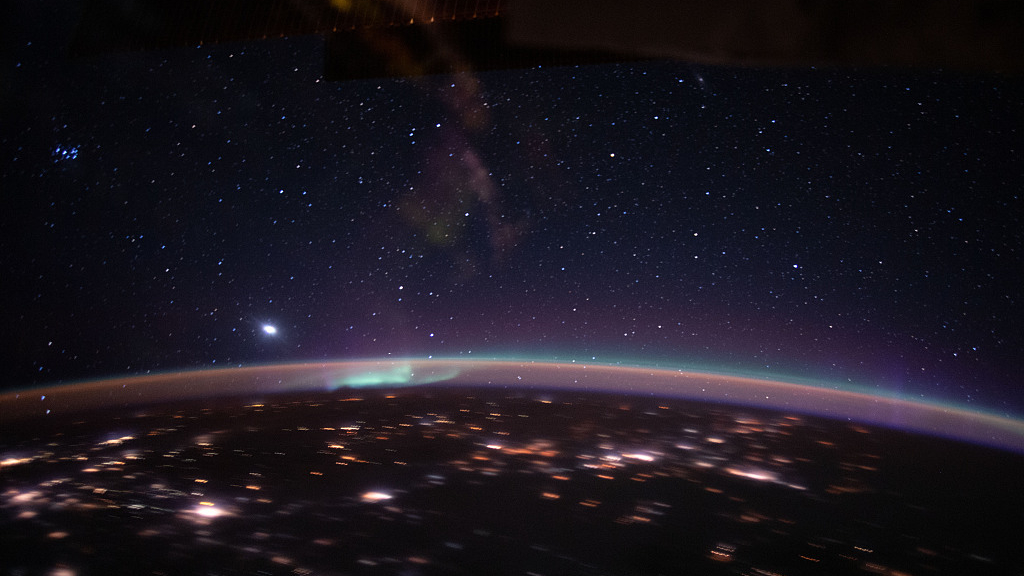 The International Space Station captured breathtaking views of a radiant aurora crowning the Earth with starry sky in the background on Tuesday. (Photo: VCG) 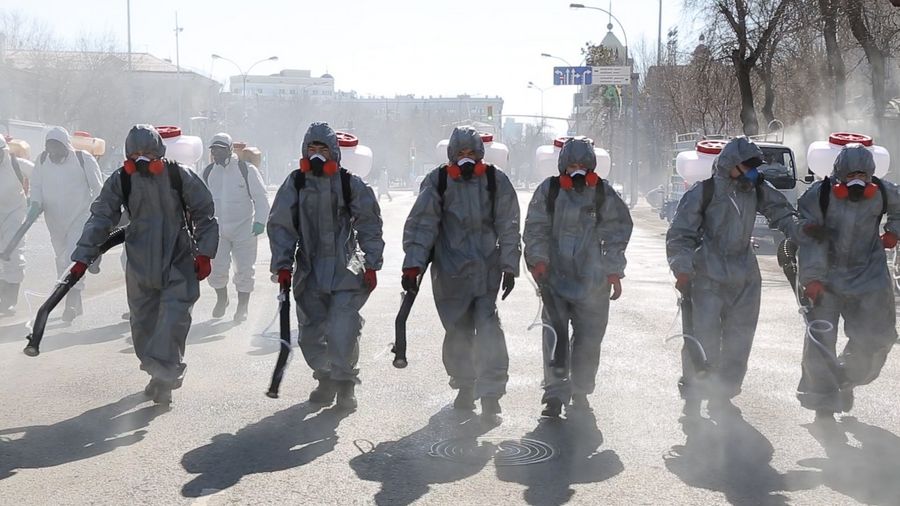 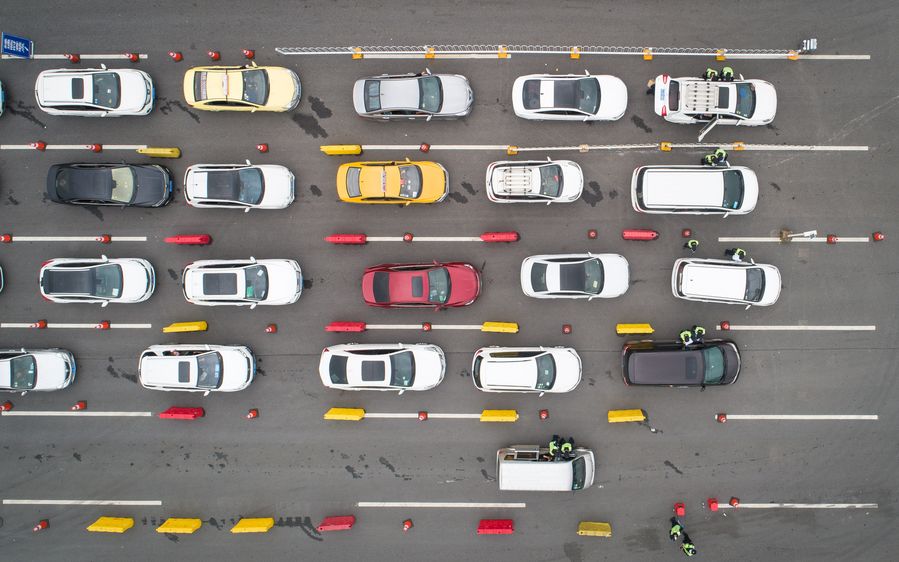 An aerial photo taken on Thursday shows staff on duty checking health QR codes of drivers and passengers at an expressway toll-gate in Wuhan, central China's Hubei Province. Traffic flow at highway exits increased due to a growing number of people returning as Wuhan speeds up the resumption of work and production. (Photo: Xinhua) 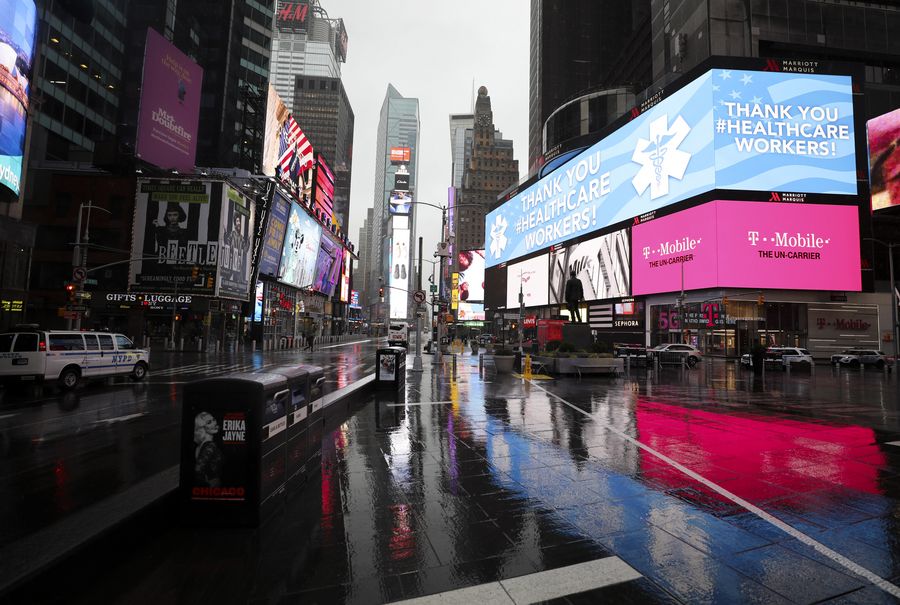 A photo taken on Monday shows an empty Times Square in New York, the United States. The number of confirmed COVID-19 cases in New York City has reached 13,119 as of Monday night local time, according to data of the Center for Systems Science and Engineering (CSSE) at Johns Hopkins University. (Photo: Xinhua) 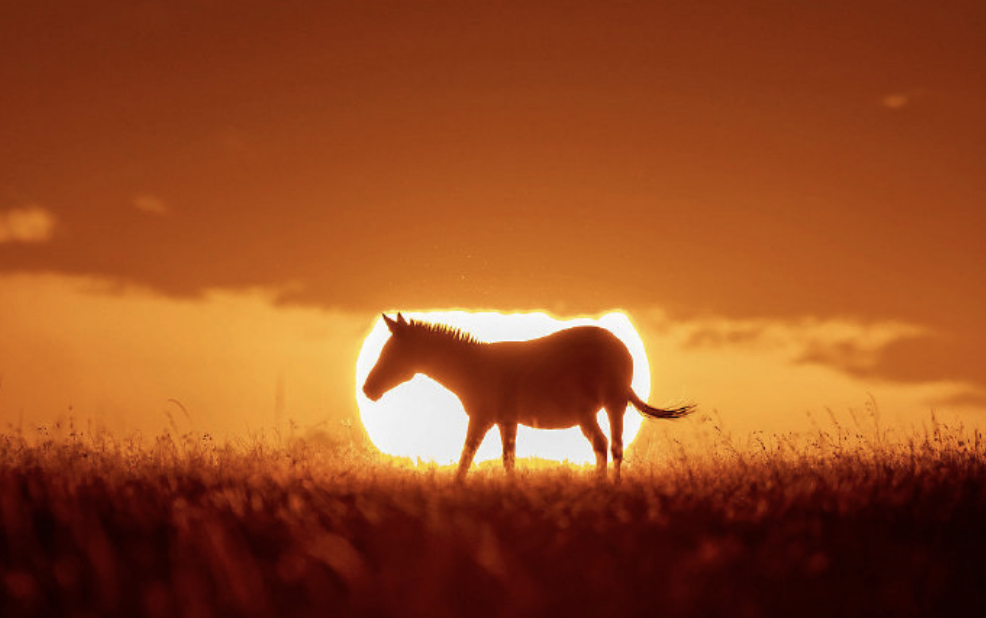 A zebra is perfectly framed by the setting sun on the Masai Mara plains in Kenya on Wednesday. (Photo: VCG) 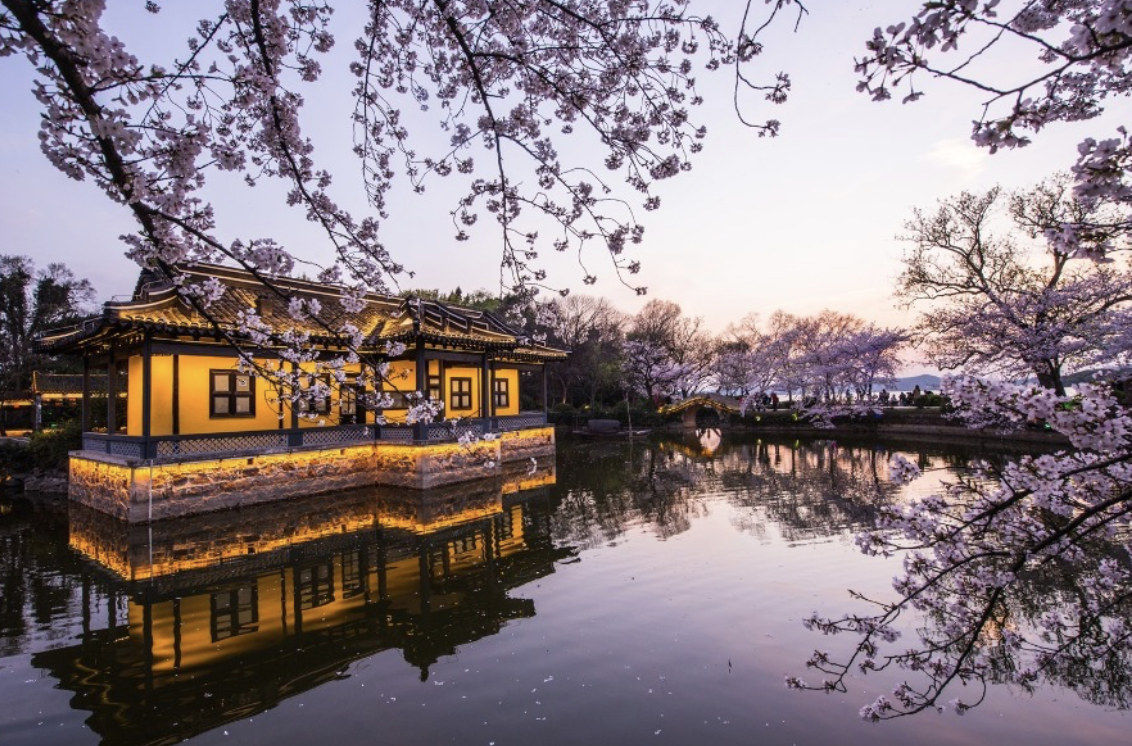 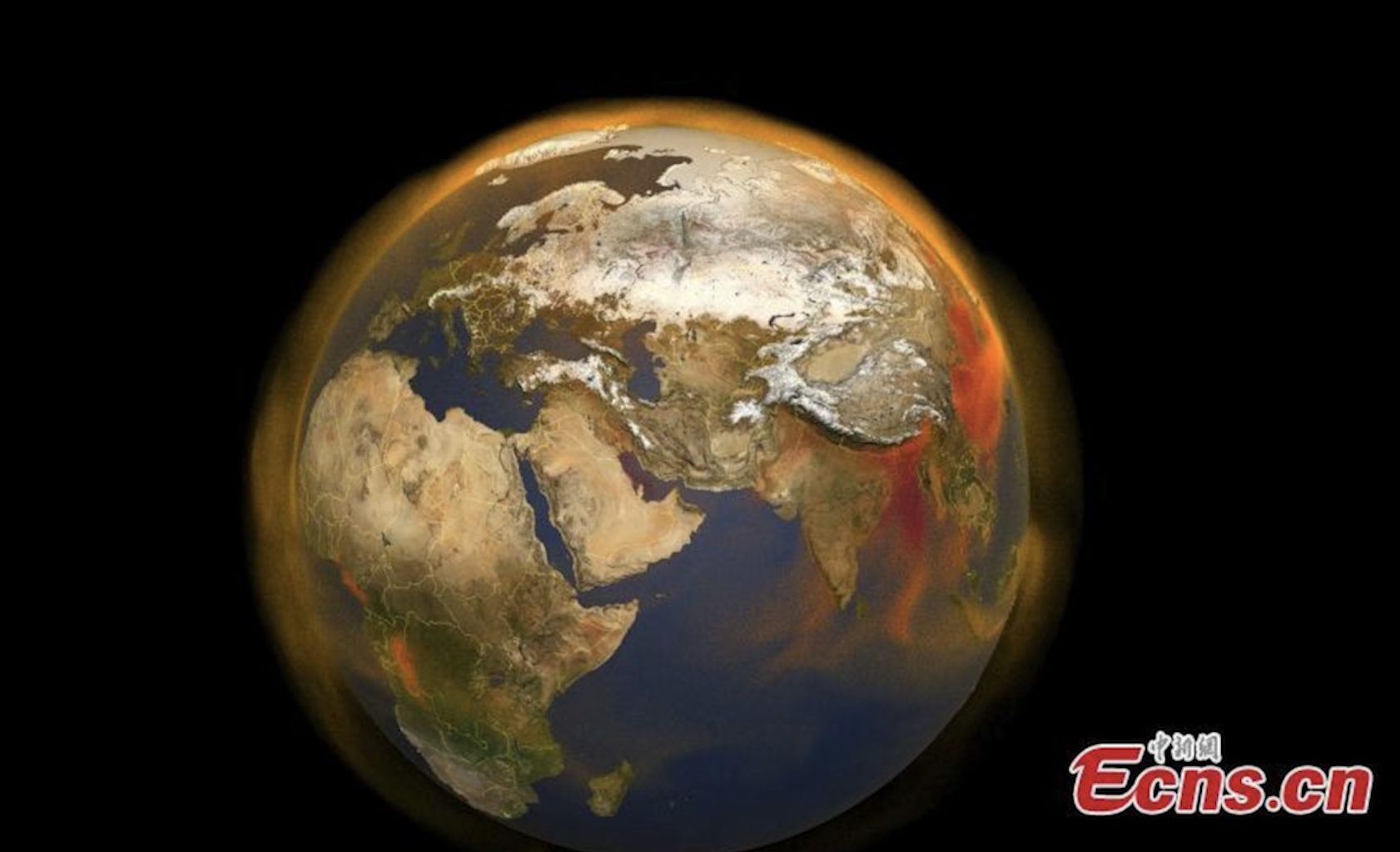 This NASA illustration obtained on Friday shows a new three-dimensional portrait of methane, the world's second-largest contributor to greenhouse gases, as it arises from a diversity of sources on the ground and how it moves through the atmosphere. (Photo: Ecns) 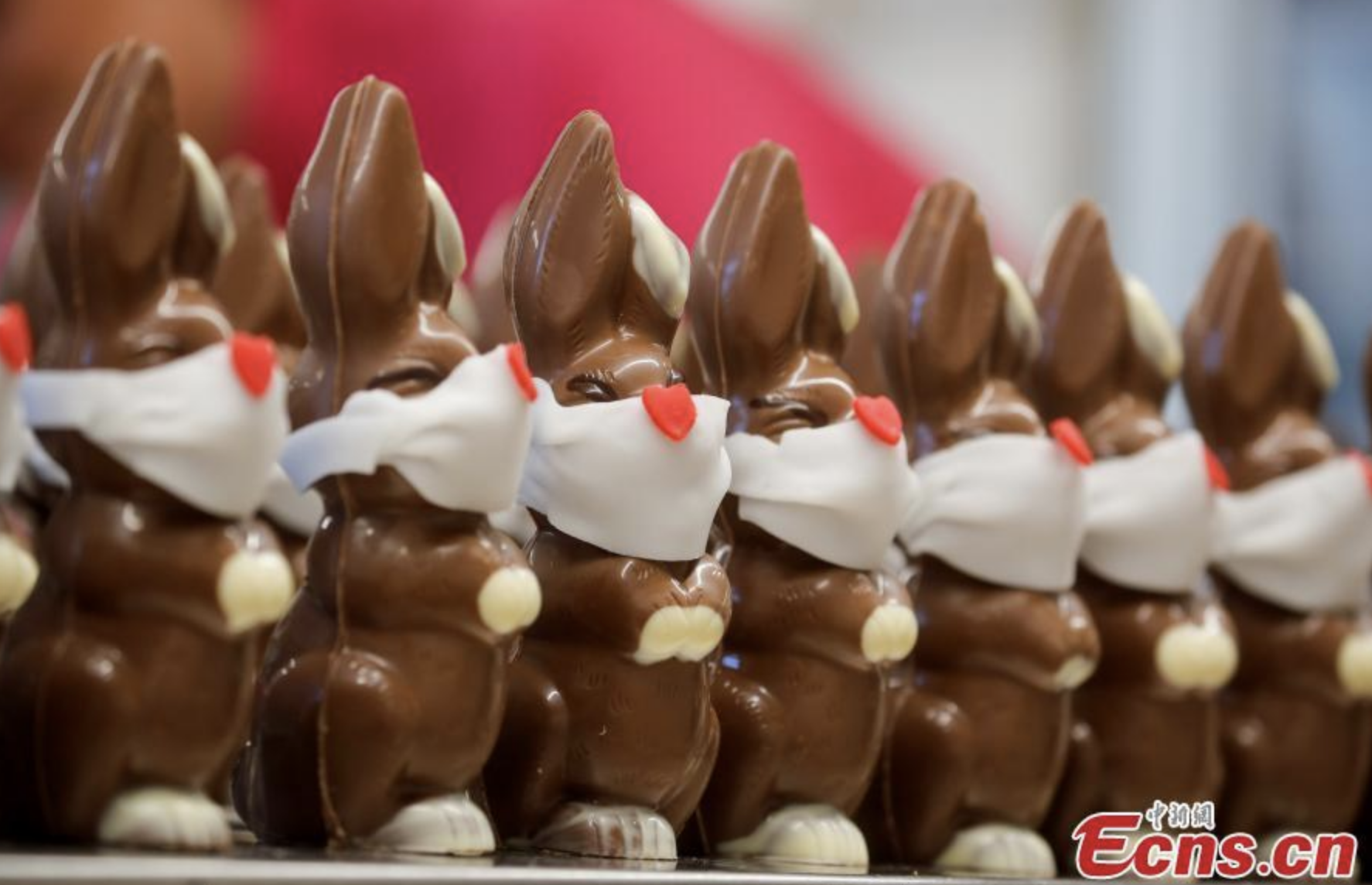 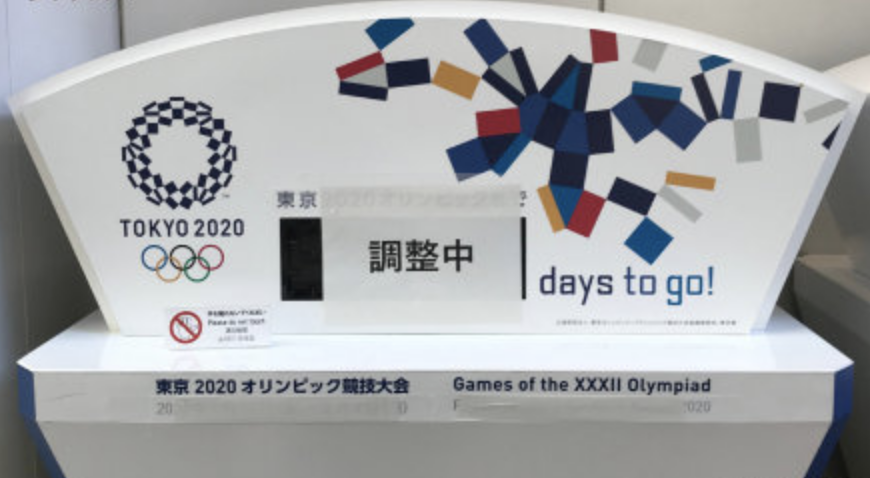 Japanese Prime Minister Shinzo Abe told the Parliament on Monday that the Tokyo Olympic Games could be postponed due to the global spread of coronavirus. (Photo: Xinhua) 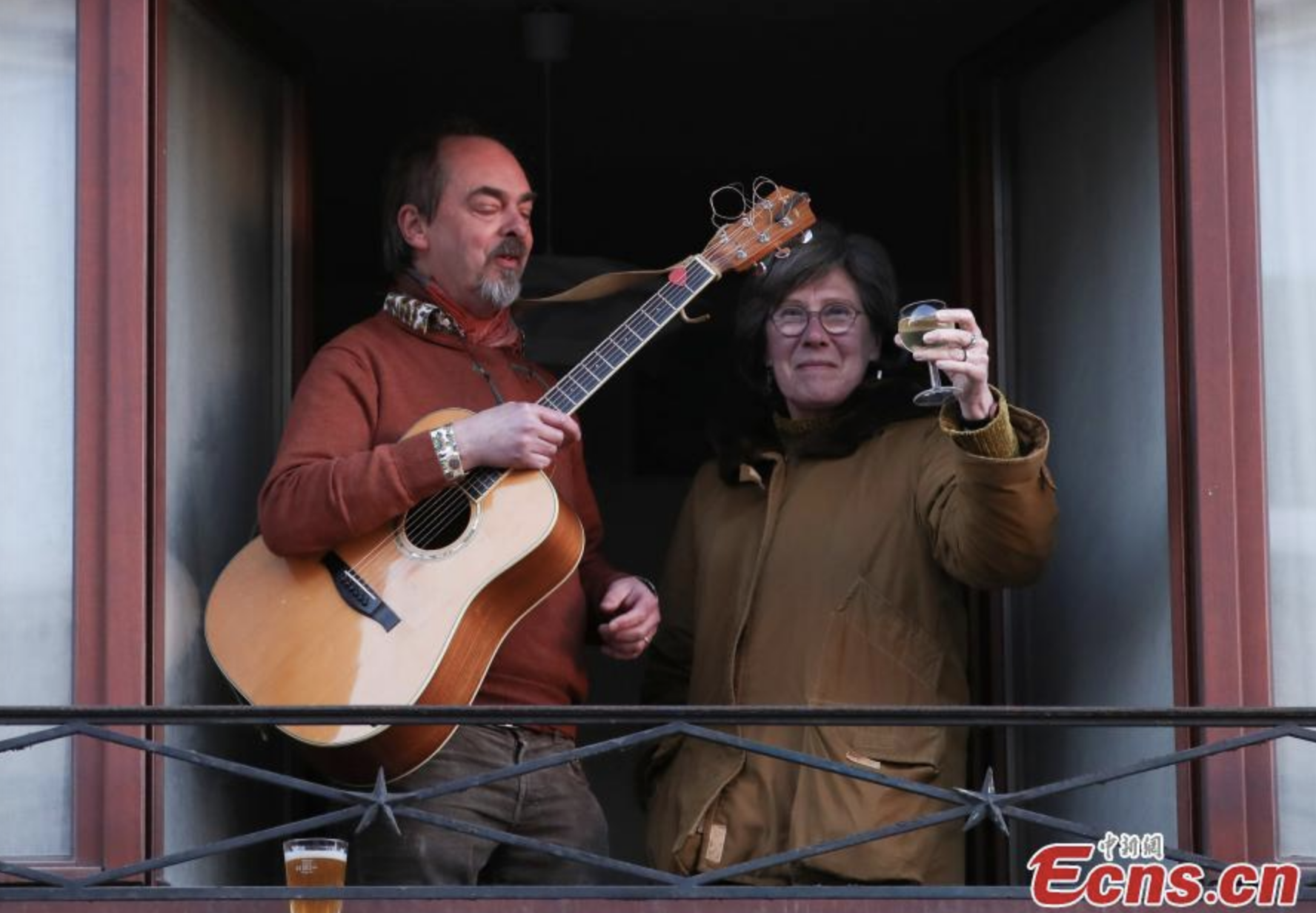 Residents toast during a "safe distance" aperitif time between neighbors during the coronavirus lockdown imposed by the Belgian government in an attempt to slow down the coronavirus spread, in the Brussels commune of Anderlecht, Belgium, on Monday. (Photo: Ecns)