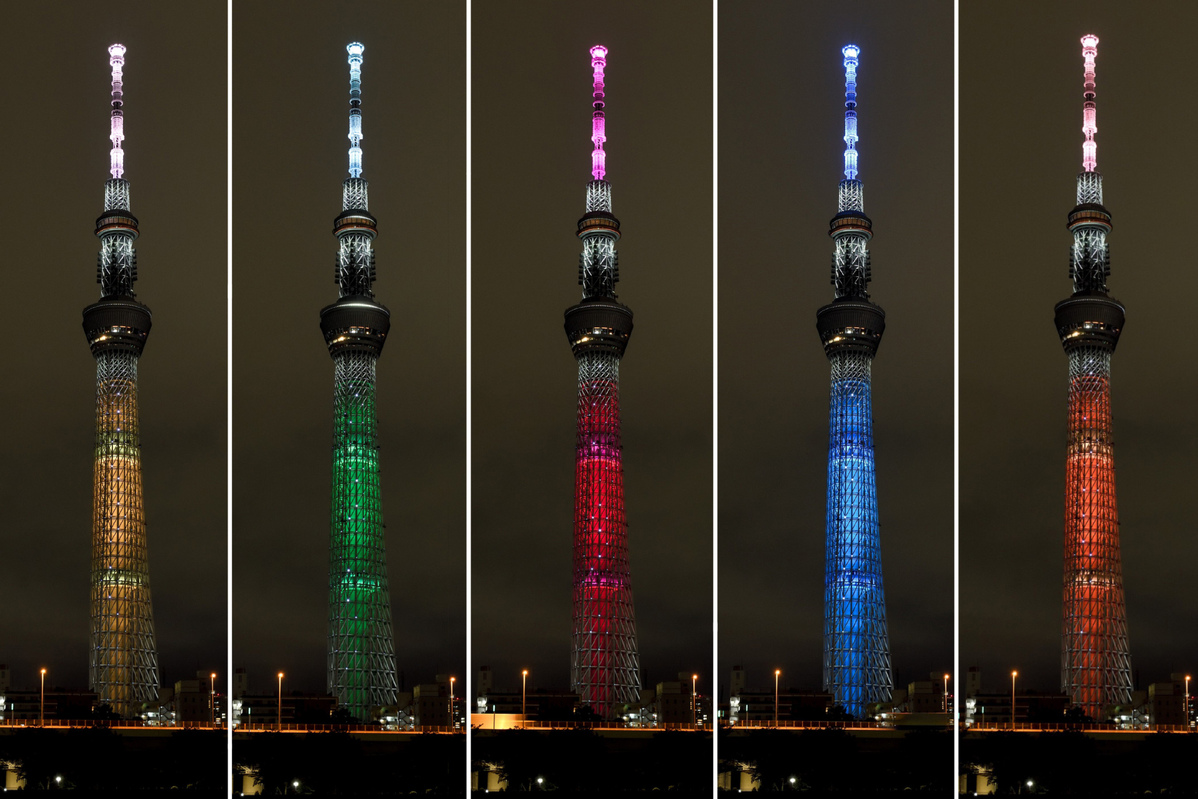 Combo photo shows Tokyo Skytree being illuminated with a lighting pattern specially designed in the 17 colors of Sustainable Development Goals (5 of them in picture) in Tokyo, on Tuesday. This special illumination of Skytree, designed to boost momentum toward achieving SDGs and to commemorate the 75th anniversary of the UN. (Photo: Xinhua) 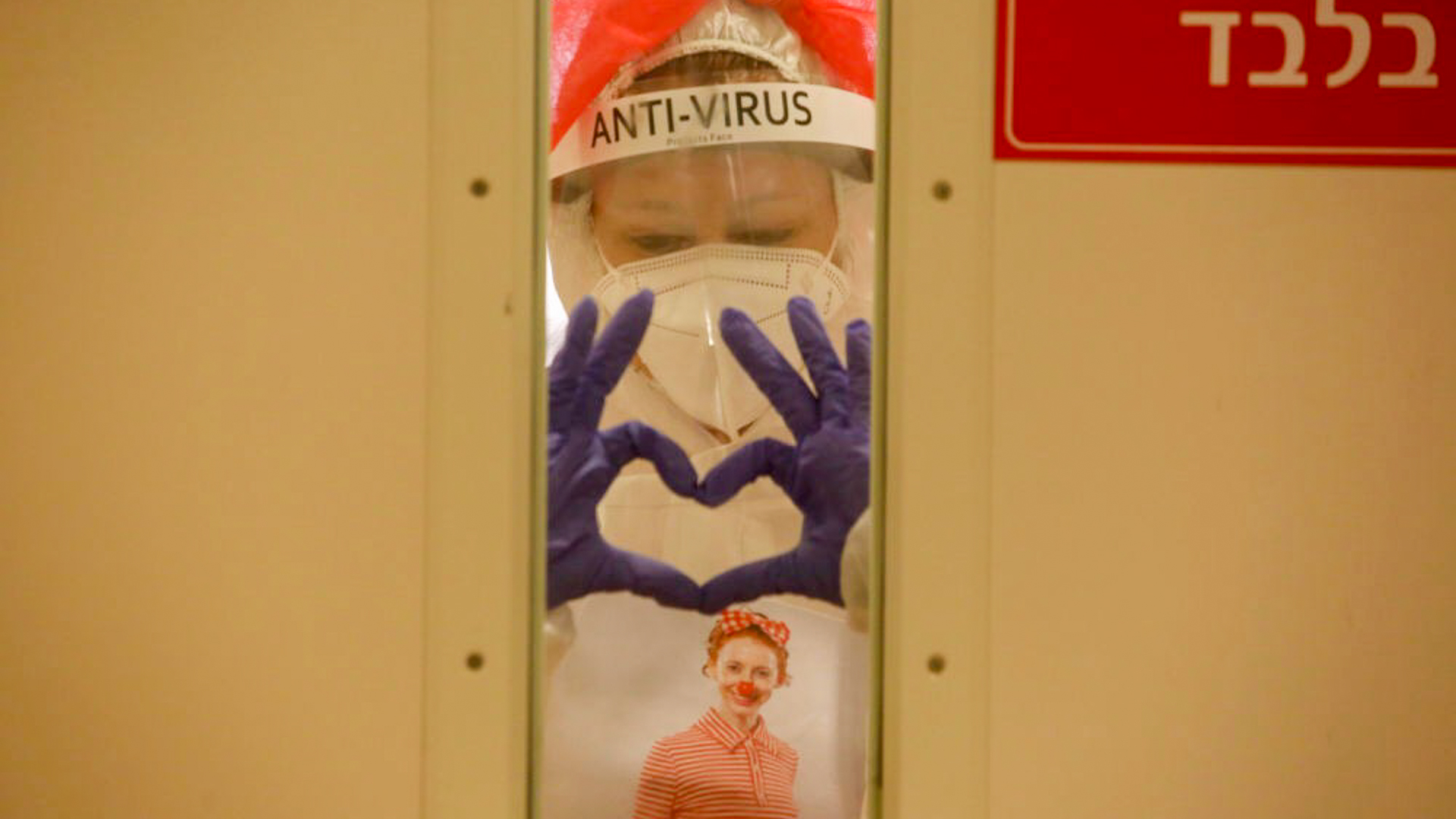 A "medical clown" made a heart-shaped gesture at a medical center in Ramat Gan in central Israel to help patients temporarily forget their loneliness and pain, on Tuesday. (Photo: Xinhua) Soldiers of the People's Armed Police Force take photos with the veterans of the Chinese People's Volunteers (CPV) in front of the memorial wall displaying the portraits of CPV at the CPV's archives in Shanghai, on Monday. (Photo: Xinhua) 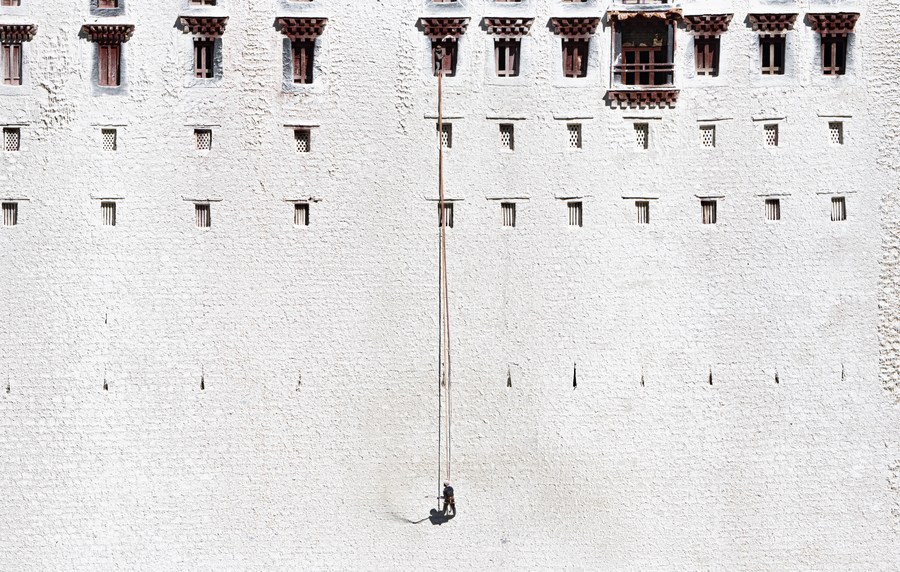 A worker paints the wall of the Potala Palace during an annual renovation of the ancient architectural complex in Lhasa, capital of southwest China's Tibet Autonomous Region, on Thursday. (Photo: Xinhua) A dwarf mongoose looks at a Halloween pumpkin at the Zagreb Zoo in Zagreb, Croatia, on Friday. (Photo: Xinhua) 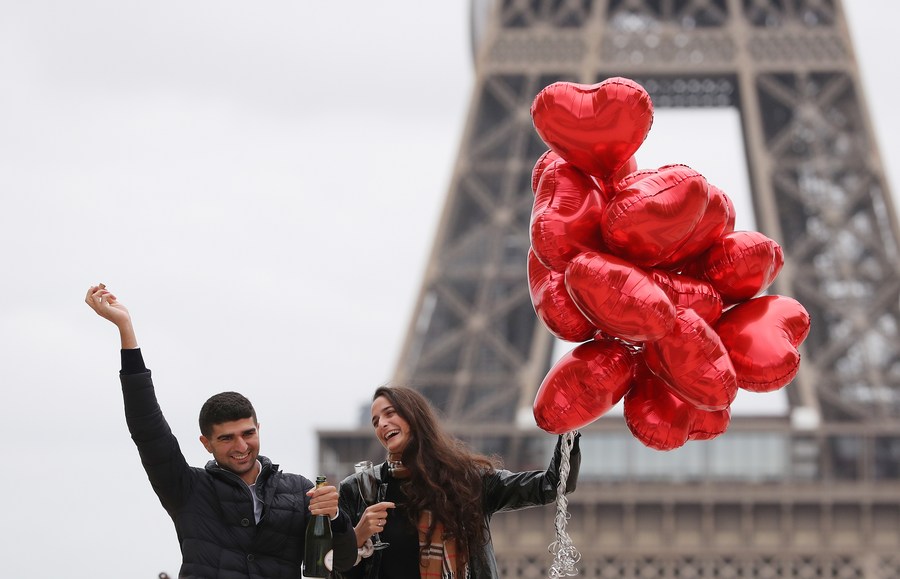 A couple celebrate their engagement at the Trocadero place near the Eiffel Tower in Paris, France, on Friday. Starting from Thursday midnight, the country's 67 million inhabitants will be locked down until at least early December. (Photo: Xinhua) An employee of the Austrian postal service stamps a so-called "corona stamp" in a post office, as the 2.75 euro "corona stamp" is printed on three-ply toilet paper and sold individually as part of a 10 cm wide sheet, in Vienna, Austria, Wednesday. (Photo: Agencies) 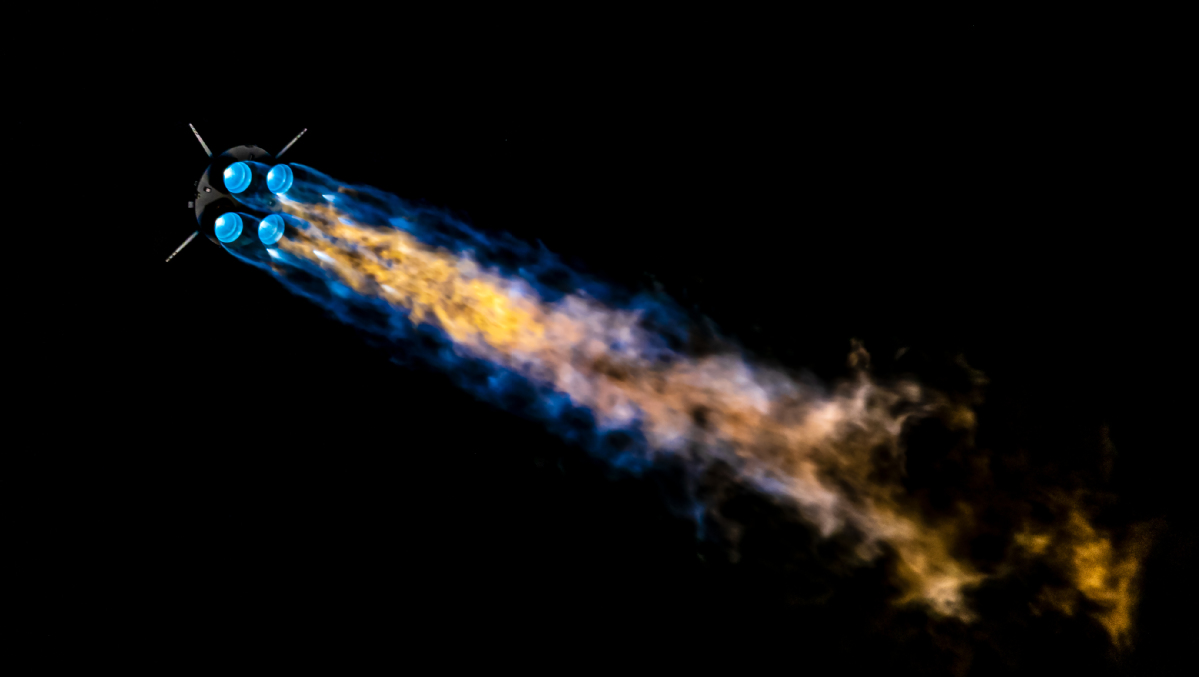 A Long March-2C carrier rocket blasts off from Xichang Satellite Launch Center in Sichuan province at 11:19 pm on Tuesday, sending a group of new remote-sensing satellites into orbit. The satellites will be used for electromagnetic environment detection and related technological tests. (Photo: China Daily)