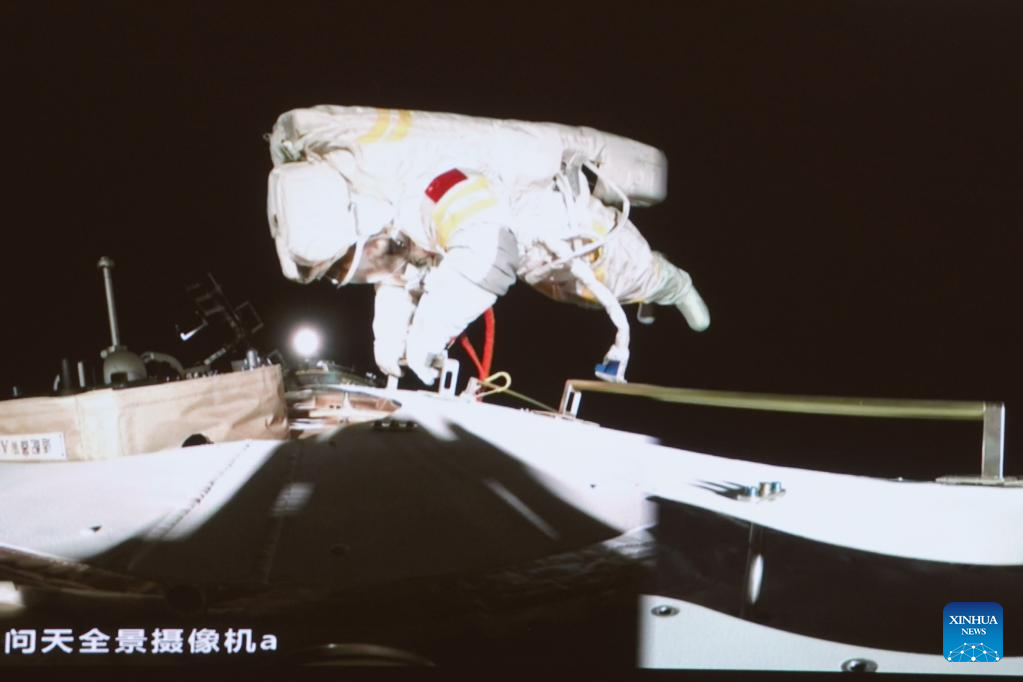 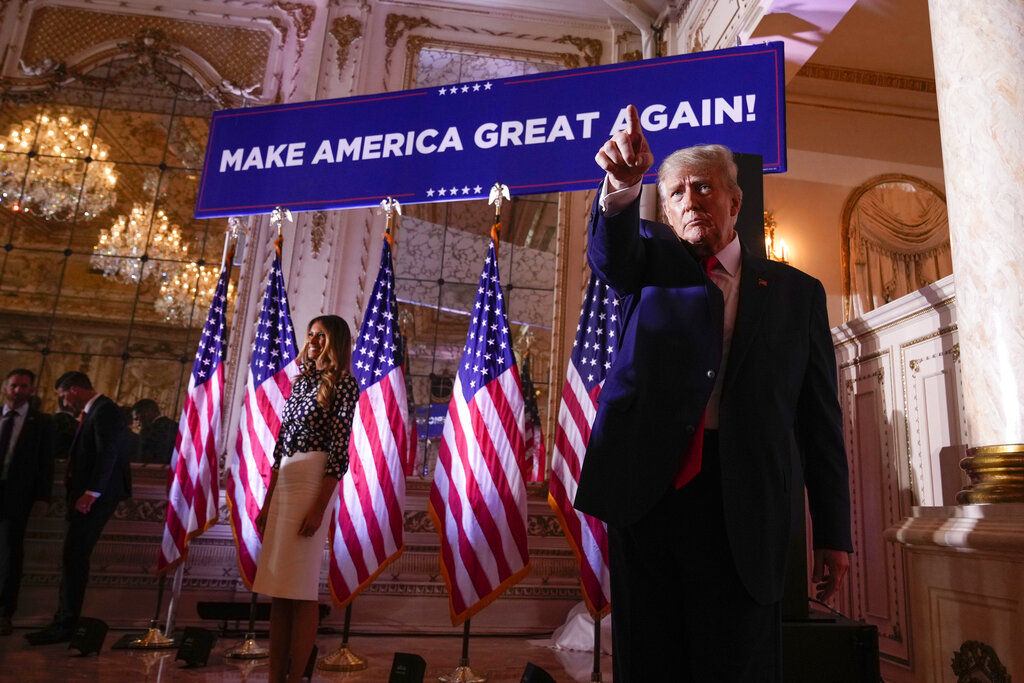 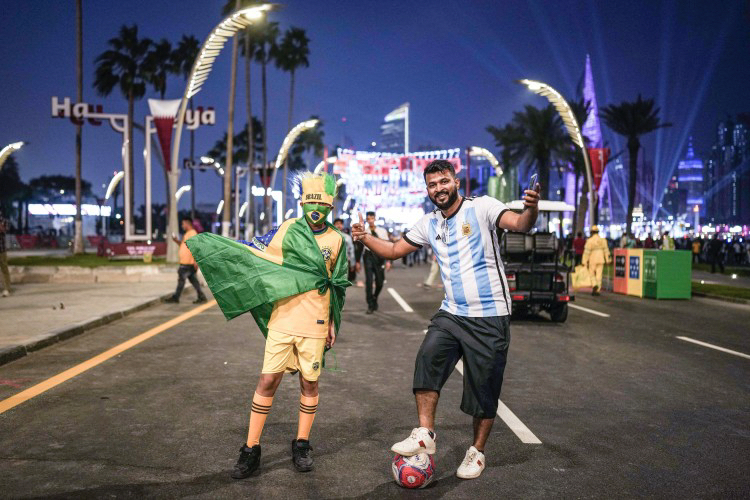 Fans pose for pictures at Al Corniche waterfront in Doha, Qatar, on Friday, ahead of the FIFA World Cup Qatar 2022. (Photo: Xinhua) 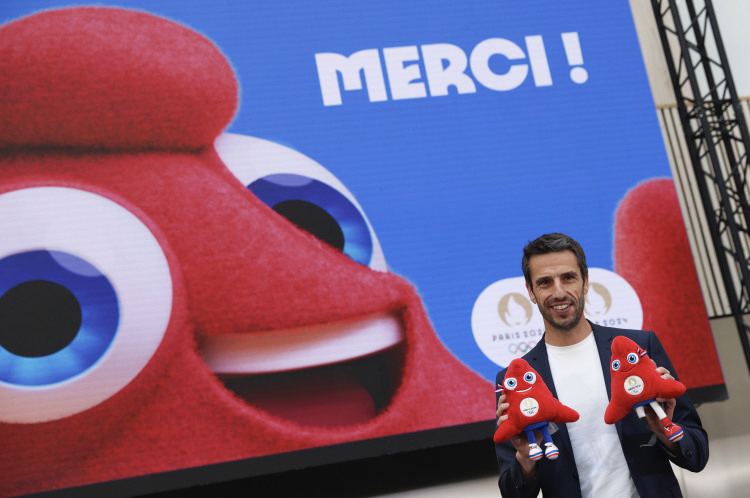 Tony Estanguet, President of Paris 2024, poses with the Phryges, unveiled as the official mascots of Paris 2024 Olympic and Paralympic Games during a press conference in Saint-Denis, France, on Monday. (Photo: Xinhua) 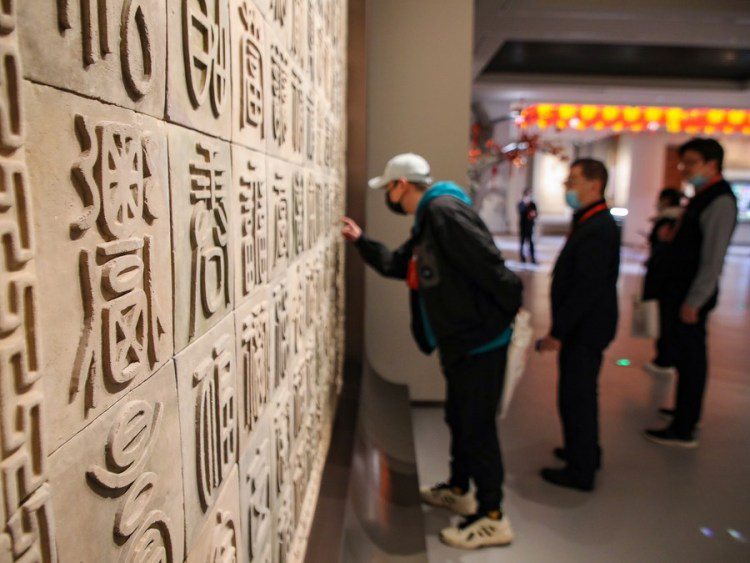 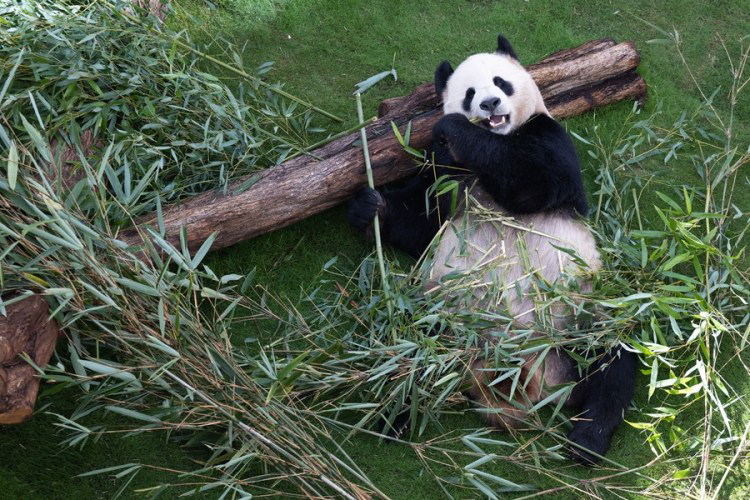 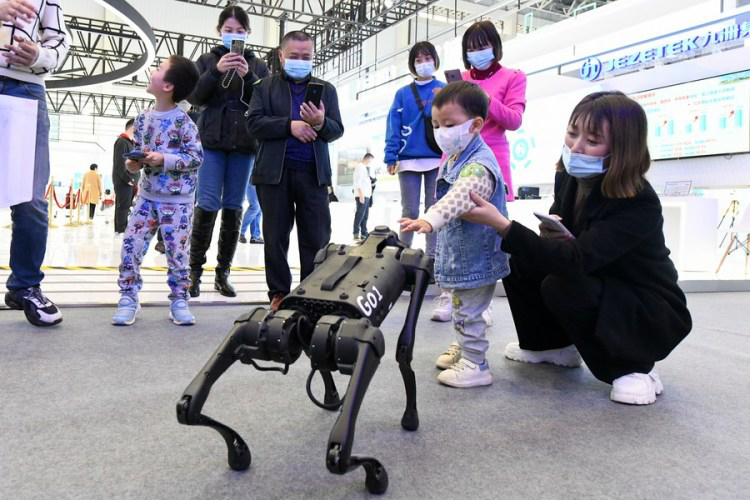 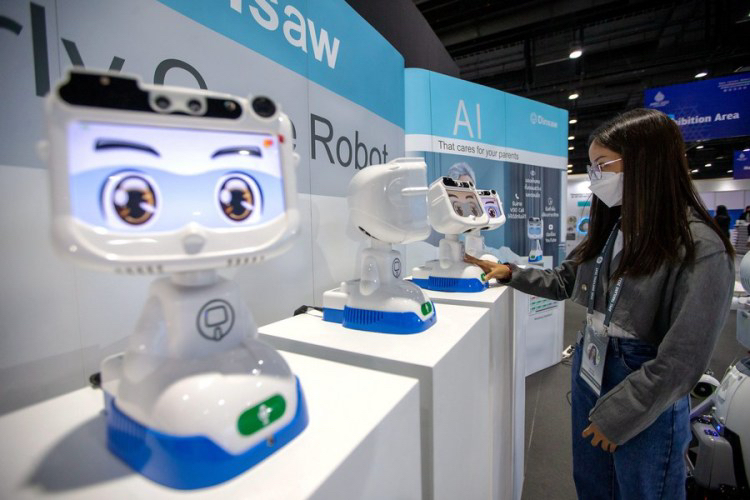 A staff member interacts with a robot at the Queen Sirikit National Convention Center in Bangkok, Thailand, on Monday. (Photo: Xinhua) 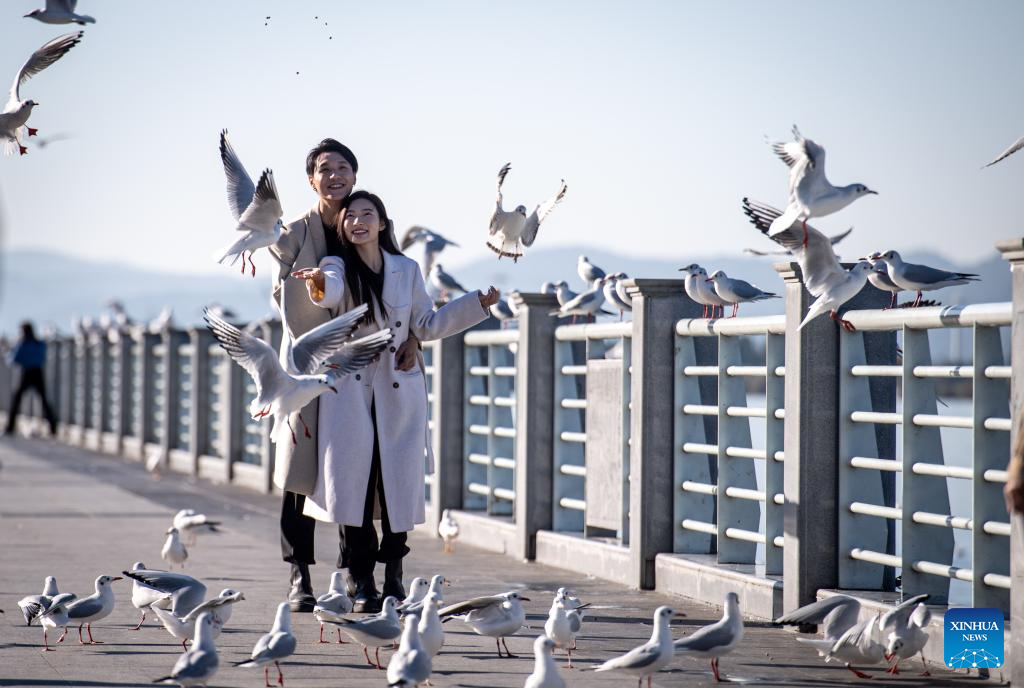 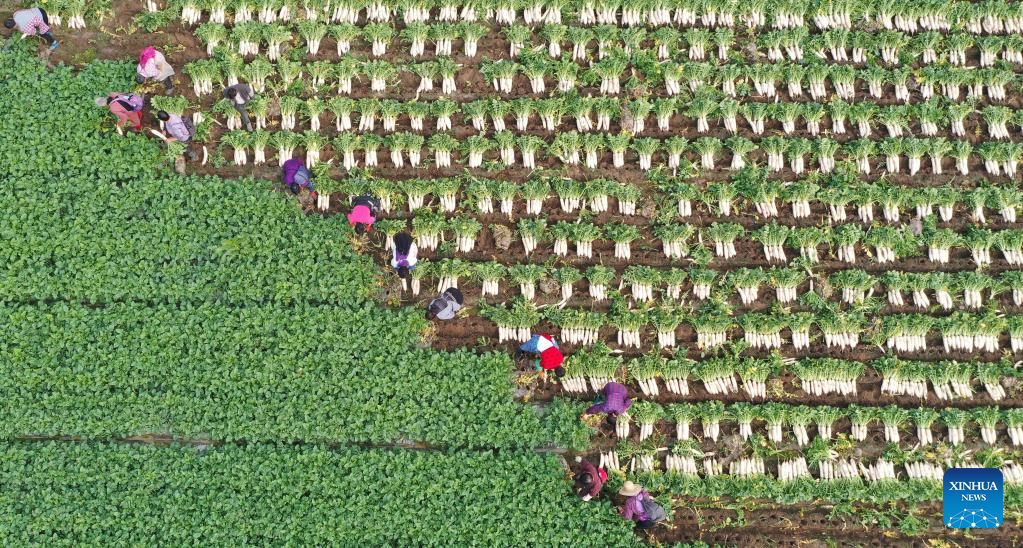