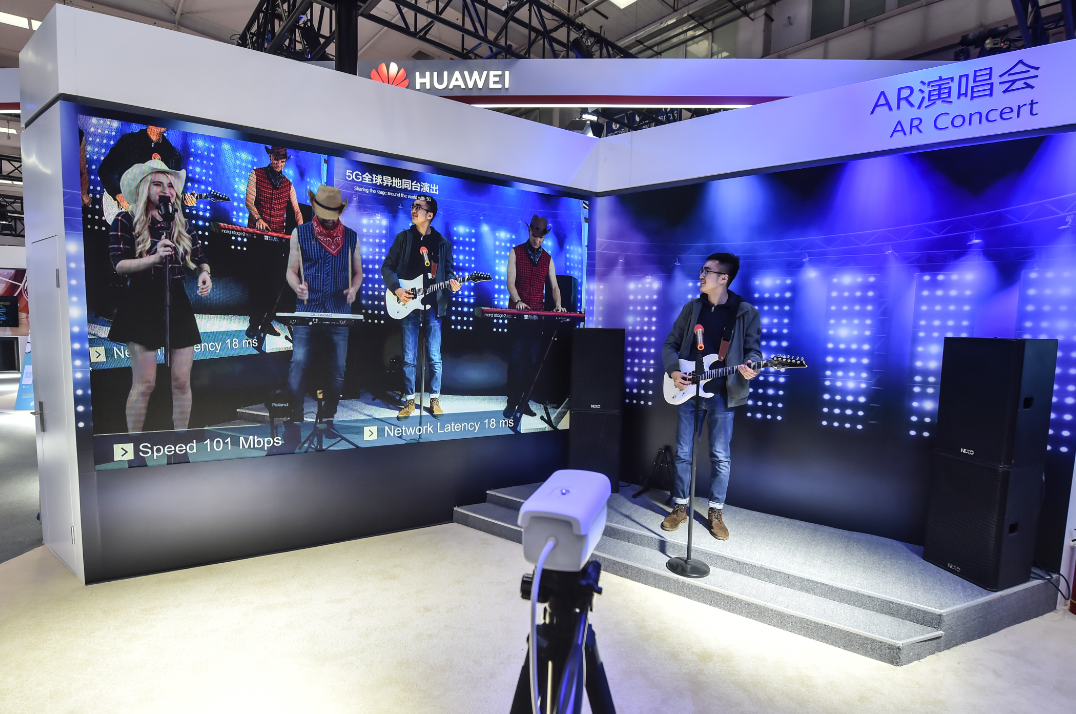 A visitor joins an AR (augmented reality) concert during a press preview for the 2019 World 5G Convention in China’s capital Beijing on Wednesday. (Photo: Xinhua) 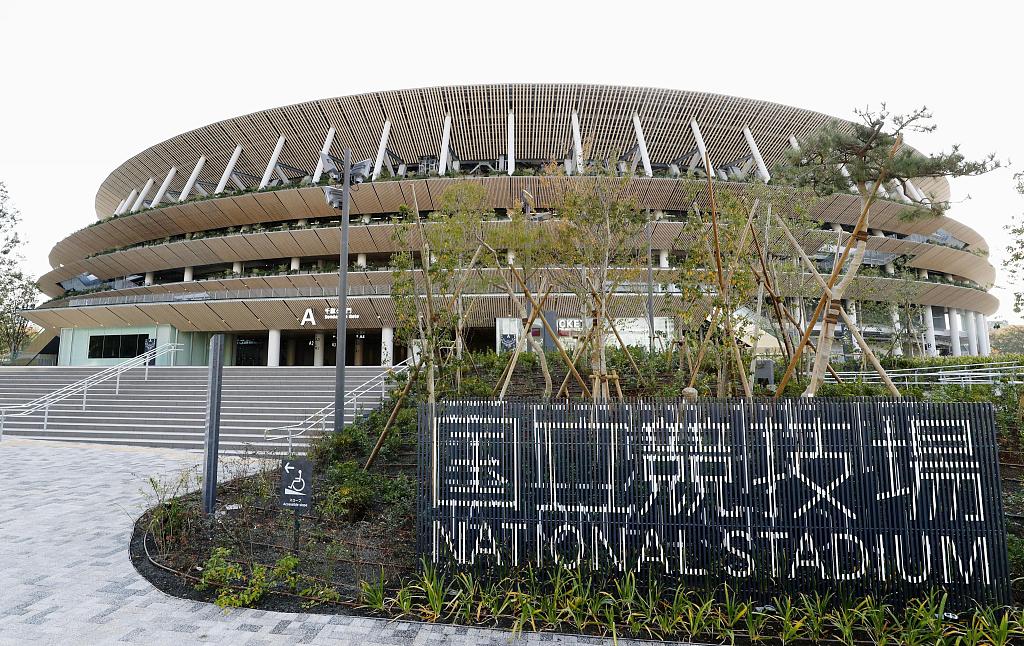 Photo taken on Monday in Tokyo shows the new National Stadium, the main venue for the 2020 Tokyo Olympics and Paralympics, after the completion of construction. (Photo: VCG) 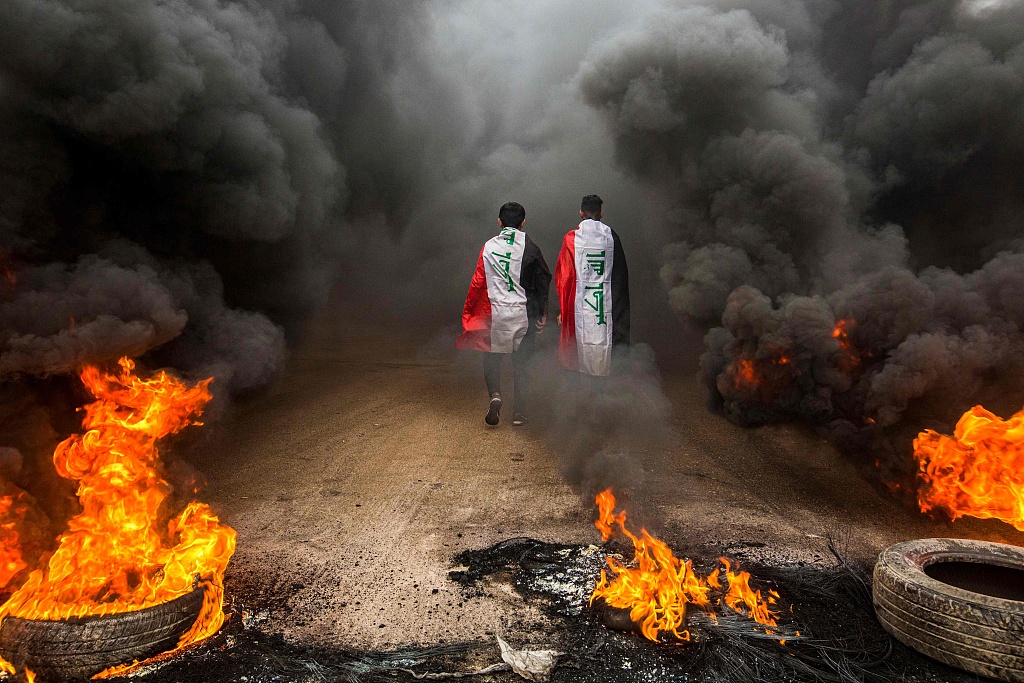 Anti-government protesters draped in Iraqi national flags walk into clouds of smoke from burning tires during a demonstration in the southern city of Basra on Monday. Protesters cut off roads and activists called for a general strike. (Photo: VCG) 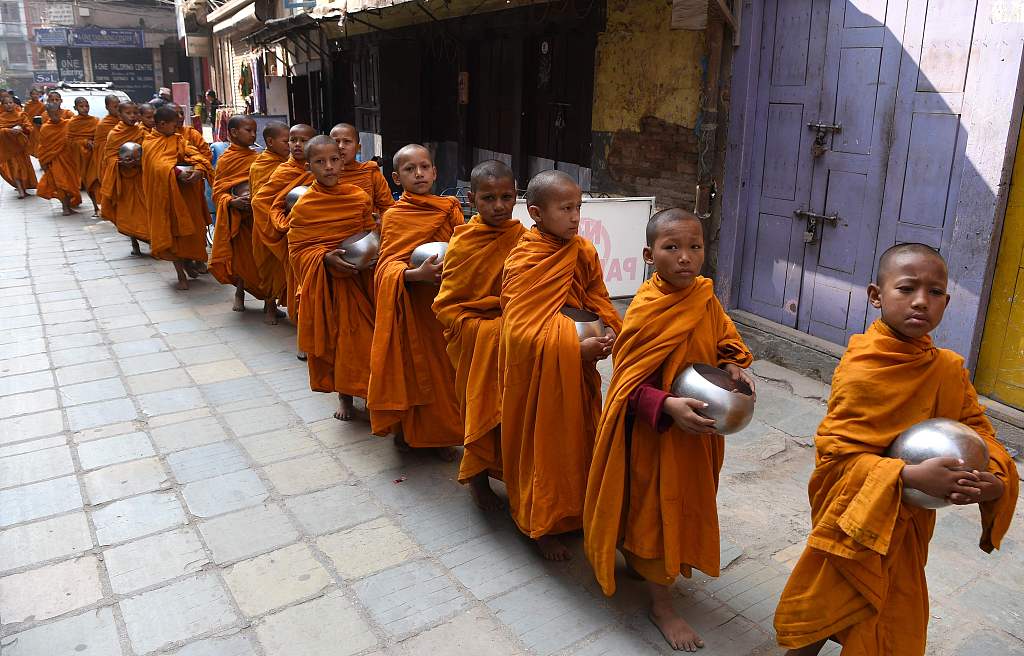 Nepali Buddhist monks hold metal alms pots as they march through an alley near Durbar Square in Kathmandu on Thursday. (Photo: VCG) 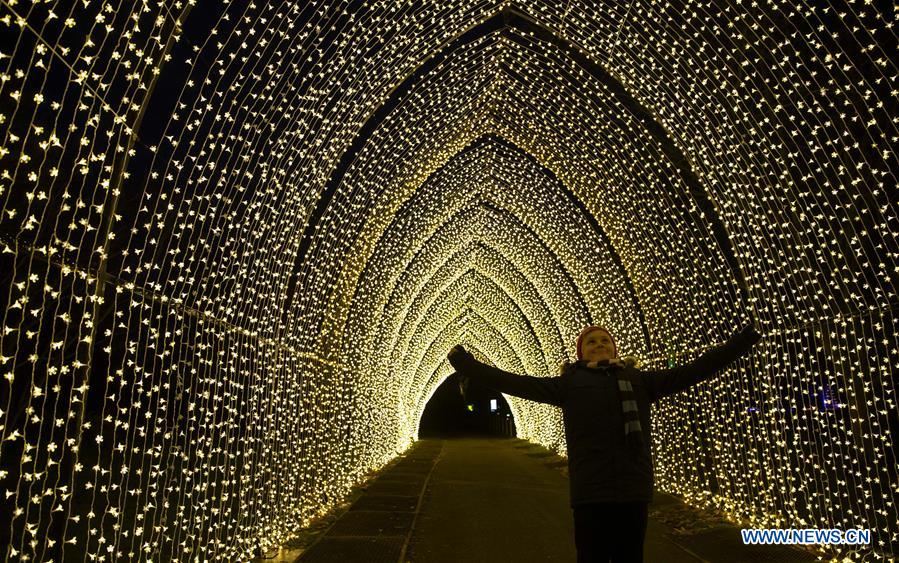 A visitor admires light installations during a photo call for "Christmas at Kew" event at the Kew Gardens in London, Britain, Tuesday. The light show runs until January 5, 2020. (Photo: Xinhua) 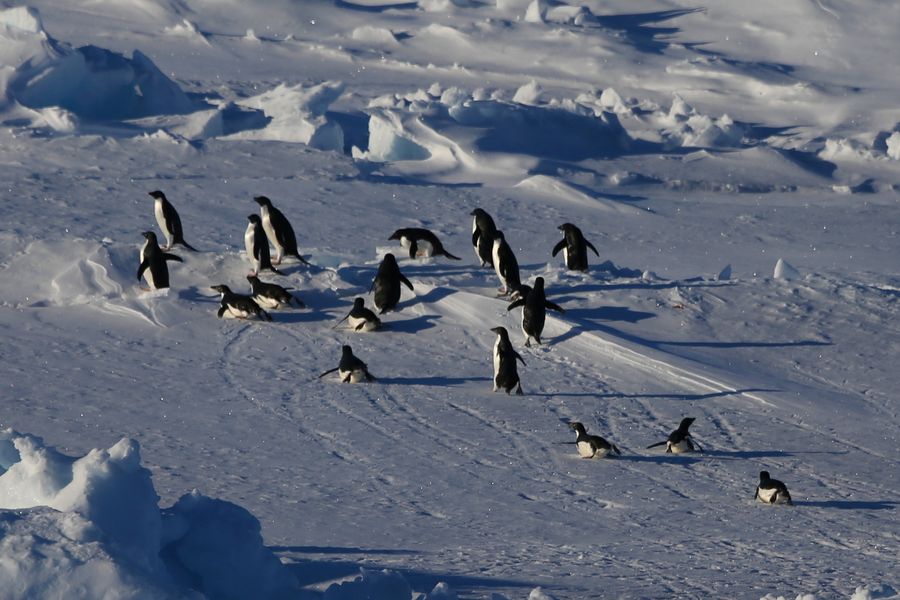 Penguins mill around in this photo taken from aboard China's polar icebreaker Xuelong 2 in waters off Antarctica Monday. (Photo: Xinhua) Cote d'Ivoire players celebrate after the U-23 Africa Cup of Nations (AFCON) semifinal match with Ghana in Cairo, Egypt on Tuesday. (Photo: Xinhua) 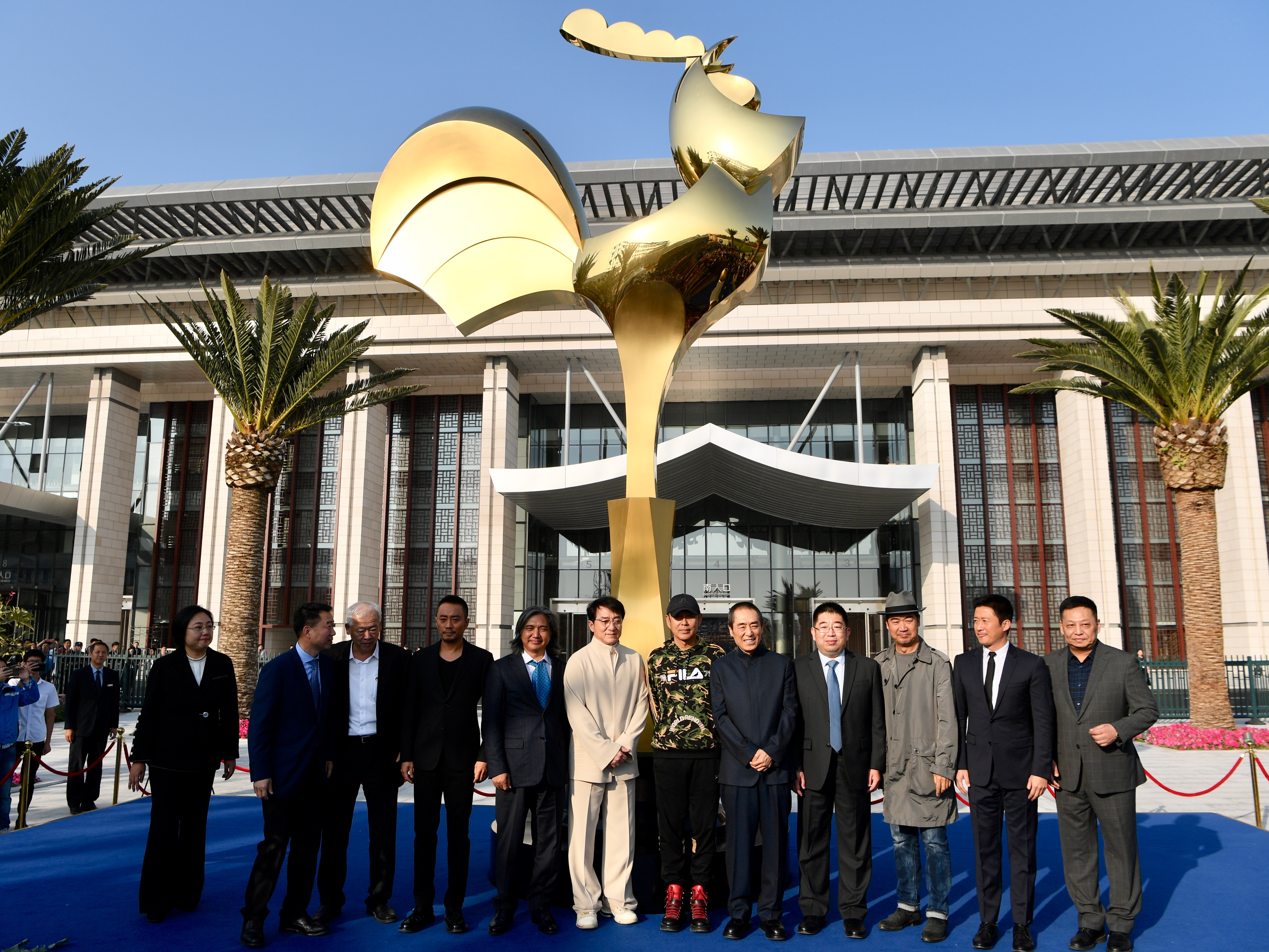 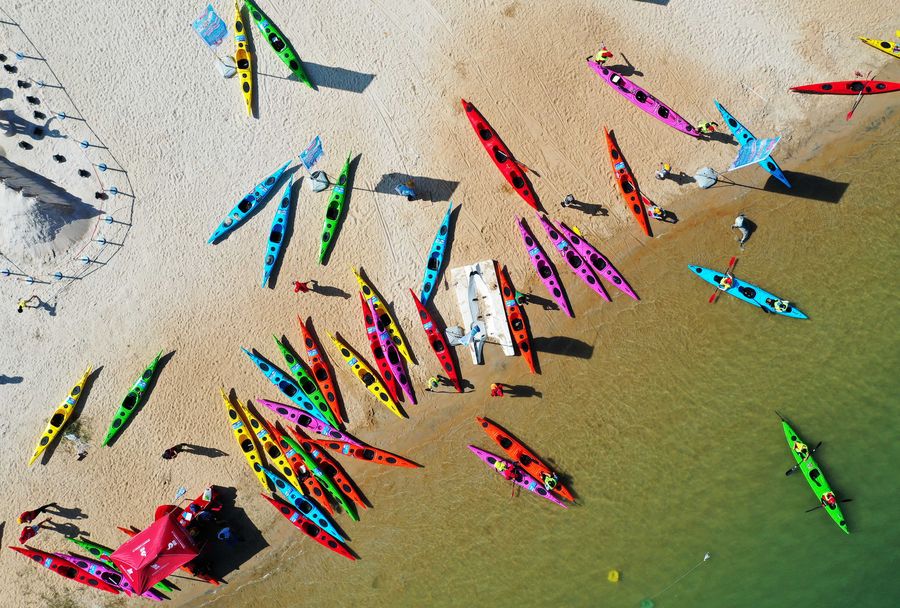 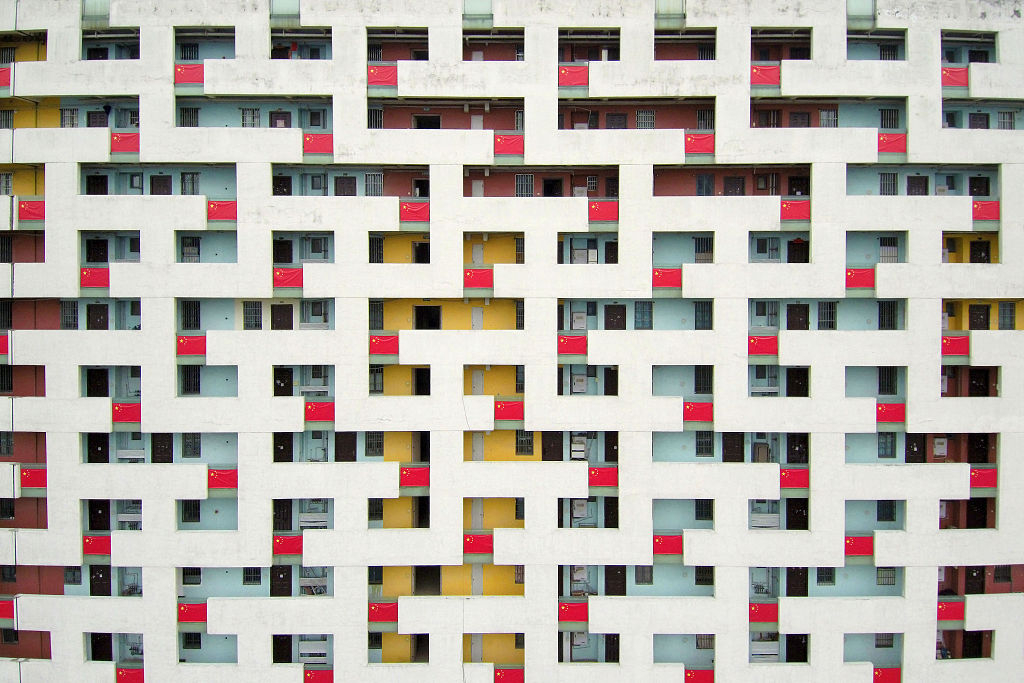 This residential building in Chongqing's Jiulongpo district has been designed to look like a QR code. Its facade and corridors have been painted in the colors of the Chinese national flag and other hues on Tuesday. (Photo: VCG)