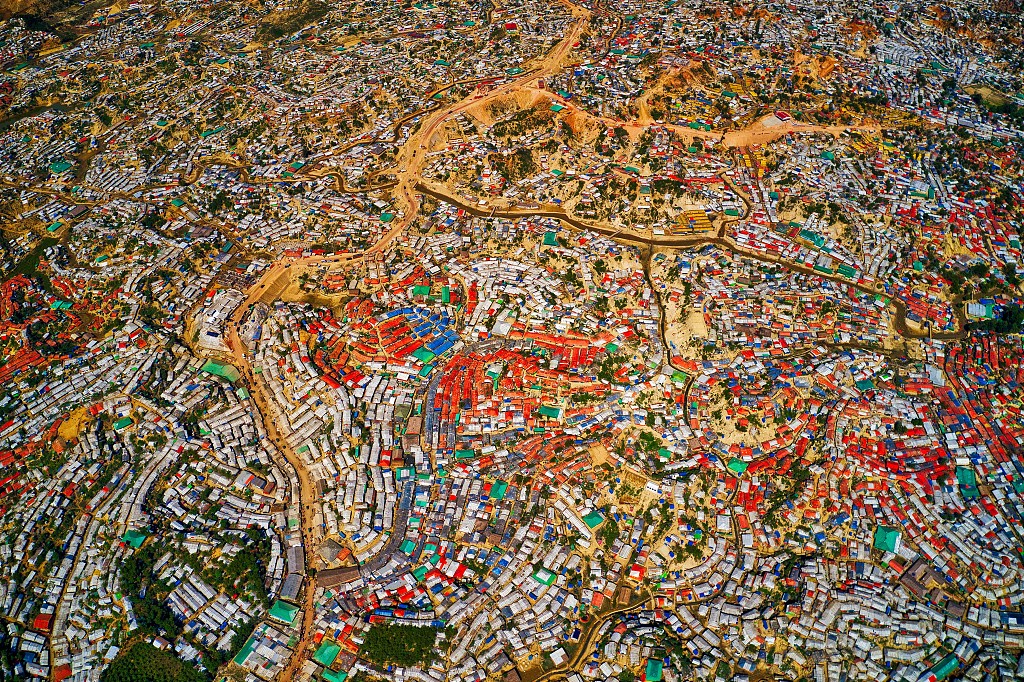 Thousands of makeshift homes in the world's largest refugee camp. The array of red, green and white homes, which house more than 1,000,000 refugees who are fleeing terrifying violence, can be seen sprawling for miles in these drone shots of the Kutupalong refugee camp, Bangladesh. (Photo: VCG) 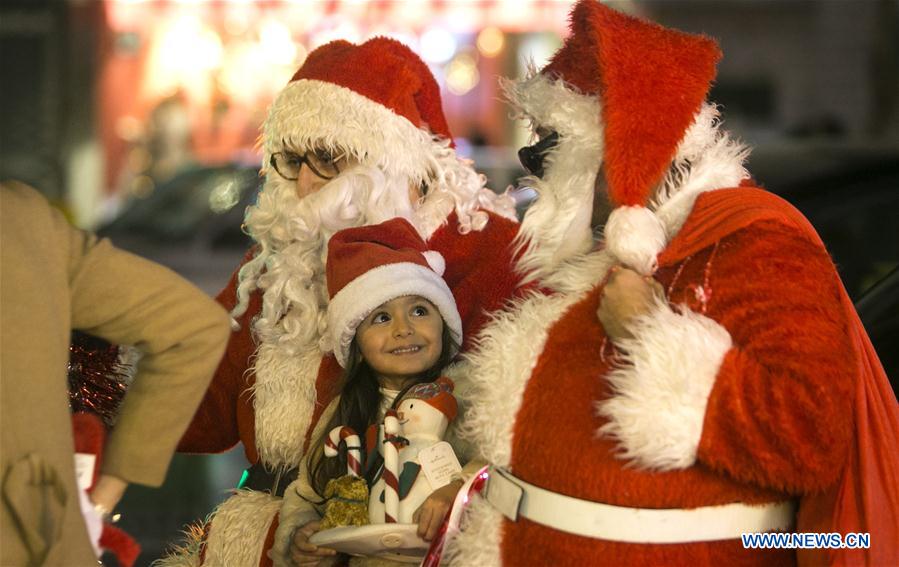 A girl looks at a man dressed as Santa Claus on a street in Tehran, capital of Iran, on December 19, 2018. (Photo: Xinhua) 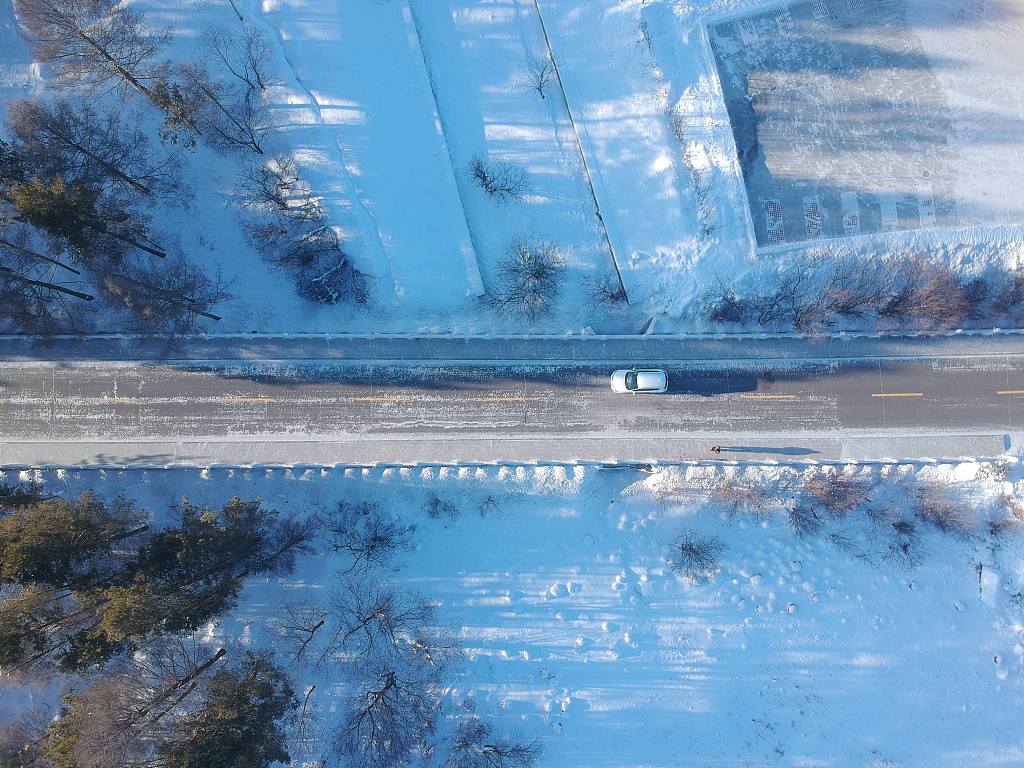 An aerial view shows a truck going through a snow-covered rural road to the Arctic Village in China's northernmost city Mohe. (Photos: VCG) 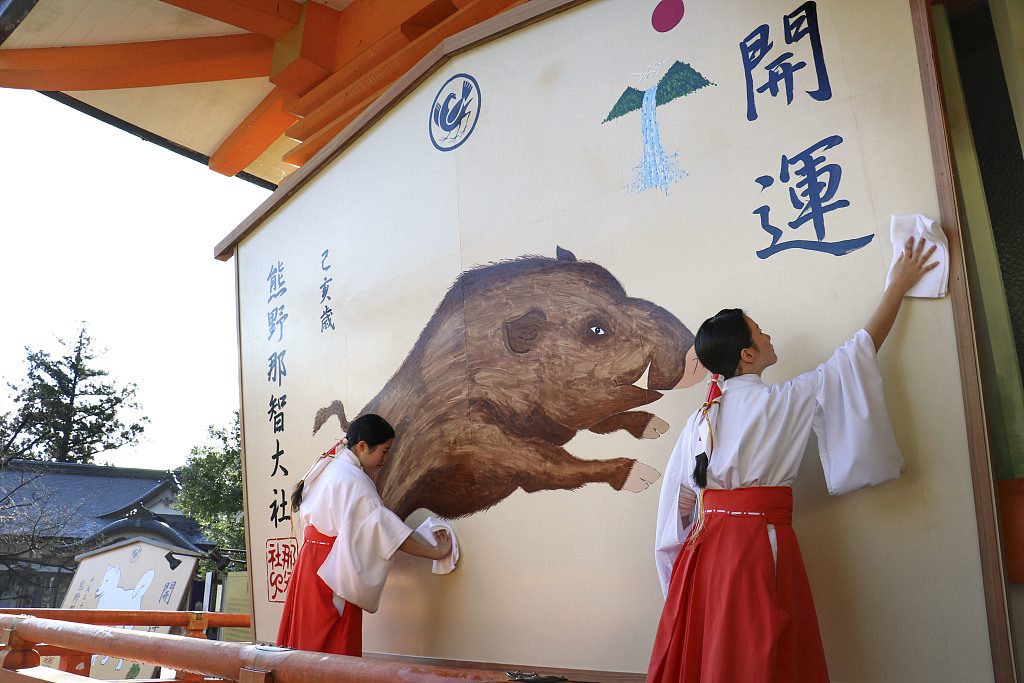 A giant votive tablet with an illustration of a boar at the Kumano Nachi Taisha shrine in Nachikatsuura, Wakayama Prefecture, western Japan, on December 17, 2018, ahead of 2019, the Year of Boar in the Oriental zodiac. 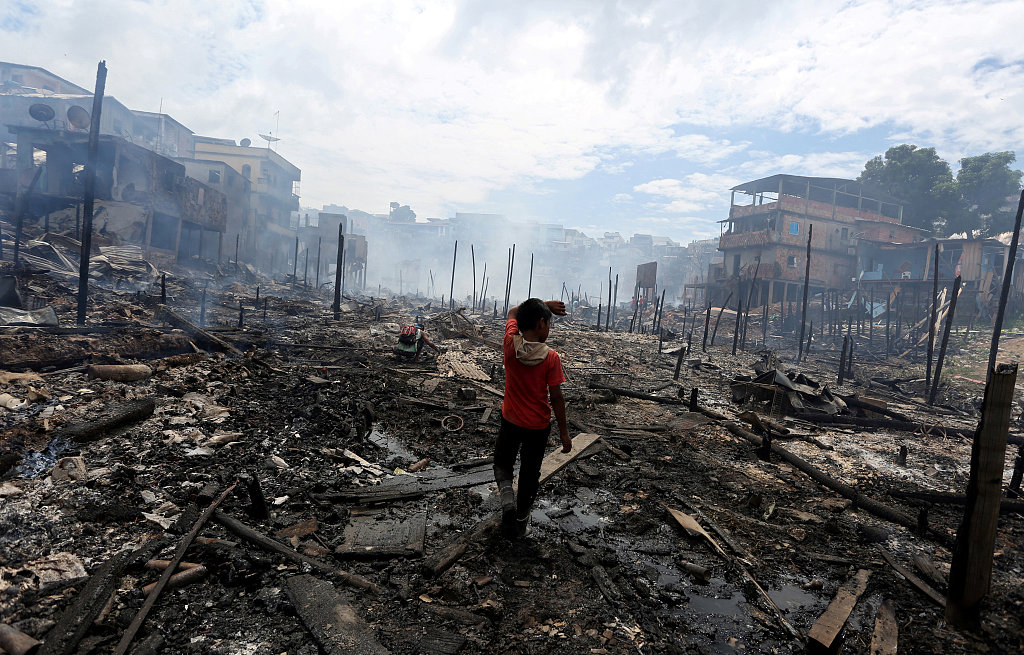 A resident is seen after a fire at Educandos neighbourhood, on a branch of the Rio Negro, a tributary to the Amazon river, in the city of Manaus, Brazil December 18, 2018. 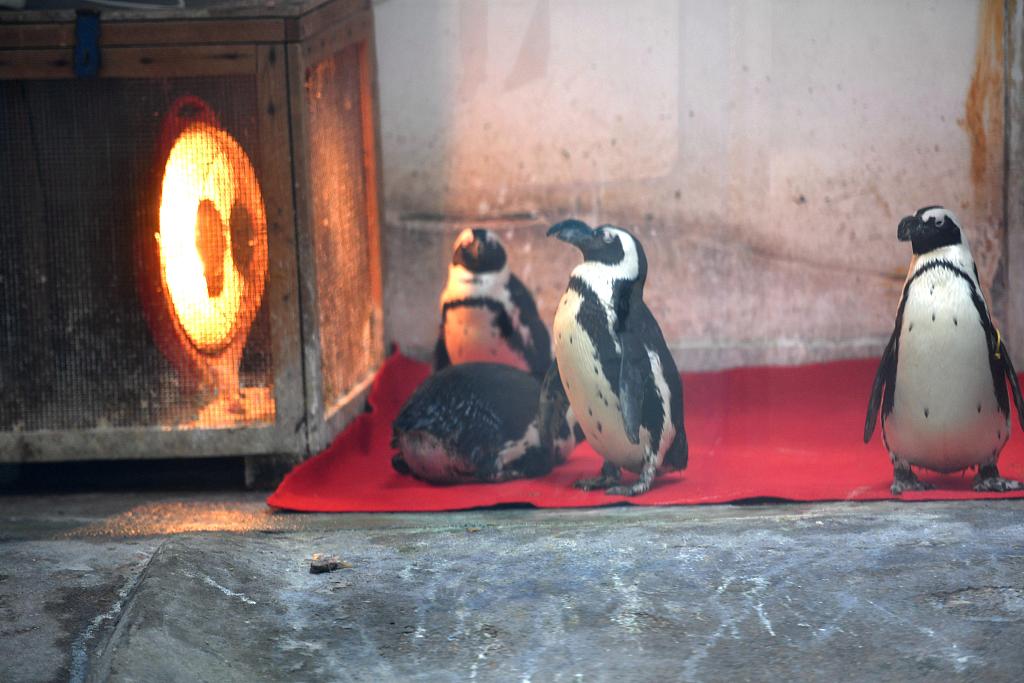 A photo taken on December 18 shows penguins gather around an electric heater at the Chengdu Zoo in Southwest China's Sichuan Province. 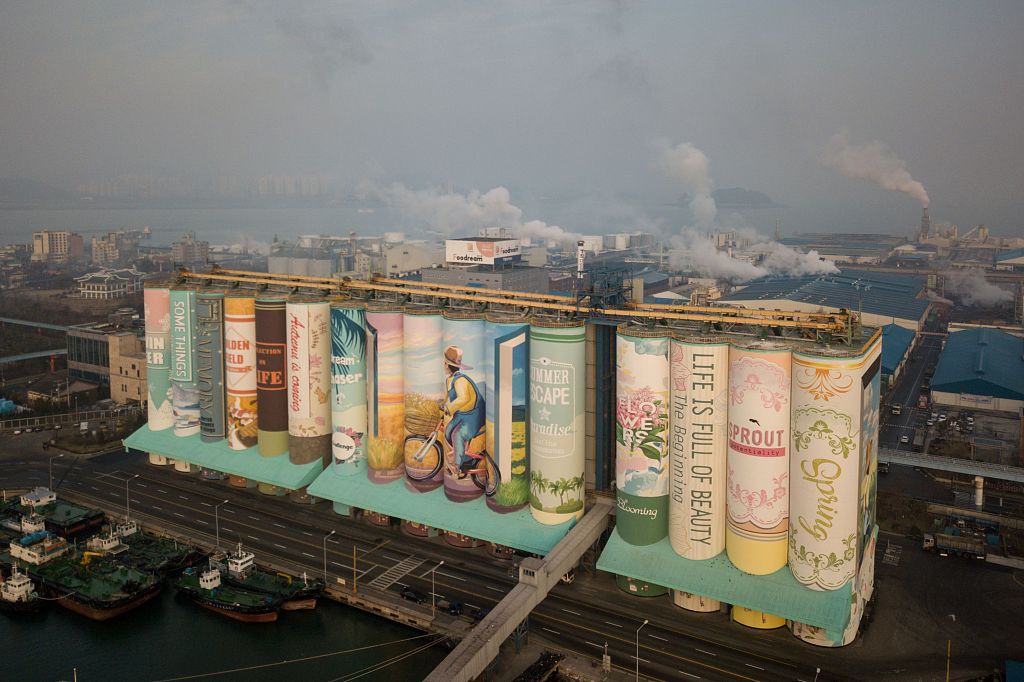 A mural listed by the Guinness World Records as the largest in the world is displayed on a grain silo in Incheon port, west of Seoul, on December 19, 2018. The Incheon city government and Incheon Port Authority commissioned 22 painters and spent $487,000 on the project, which started in January. 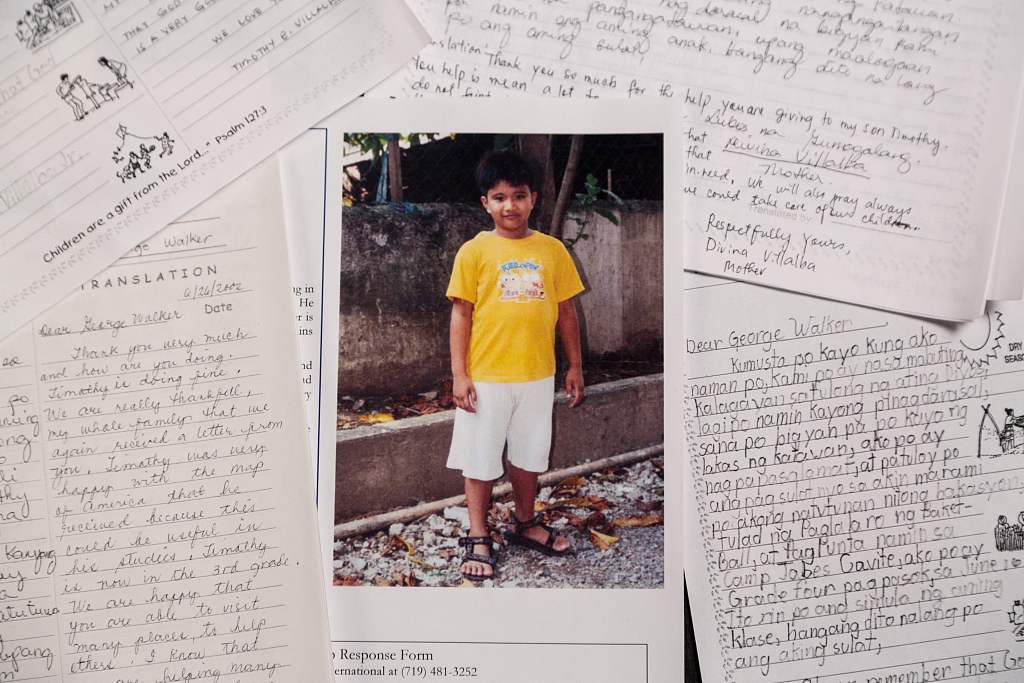 This handout photo obtained December 17, 2018, courtesy of Compassion International, shows a picture of Timothy, then a 7-year-old Filipino boy, with a letter he sent to his pen pal former US President George HW Bush who sponsored him for 10 years using a pseudonym. 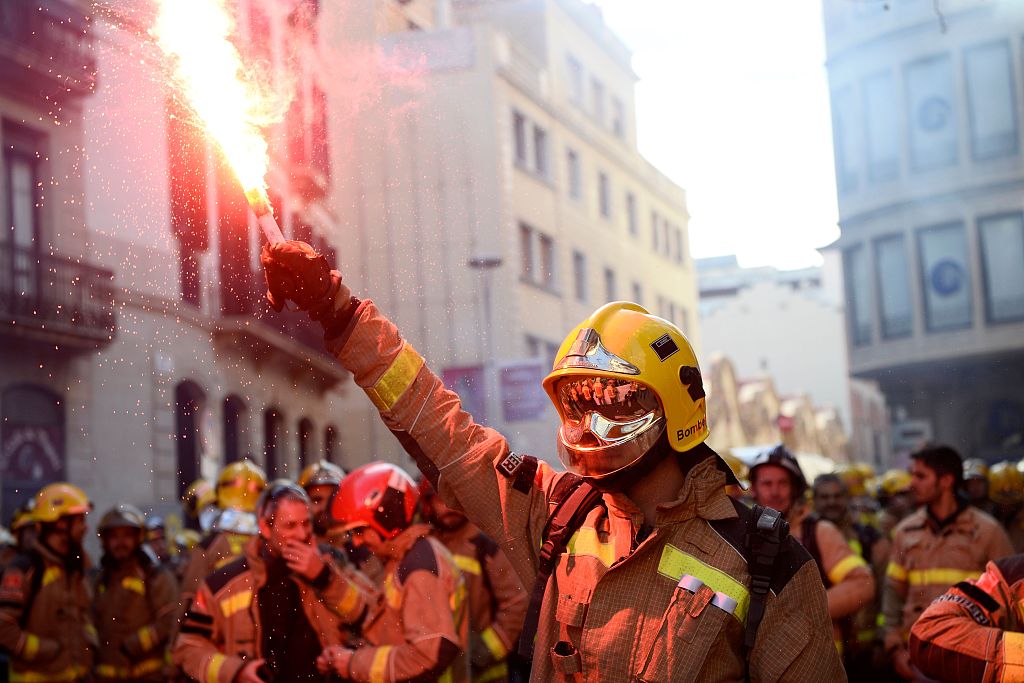 A firefighter lights a flare during a protest calling for more personnel and resources in Barcelona on December 20, 2018. 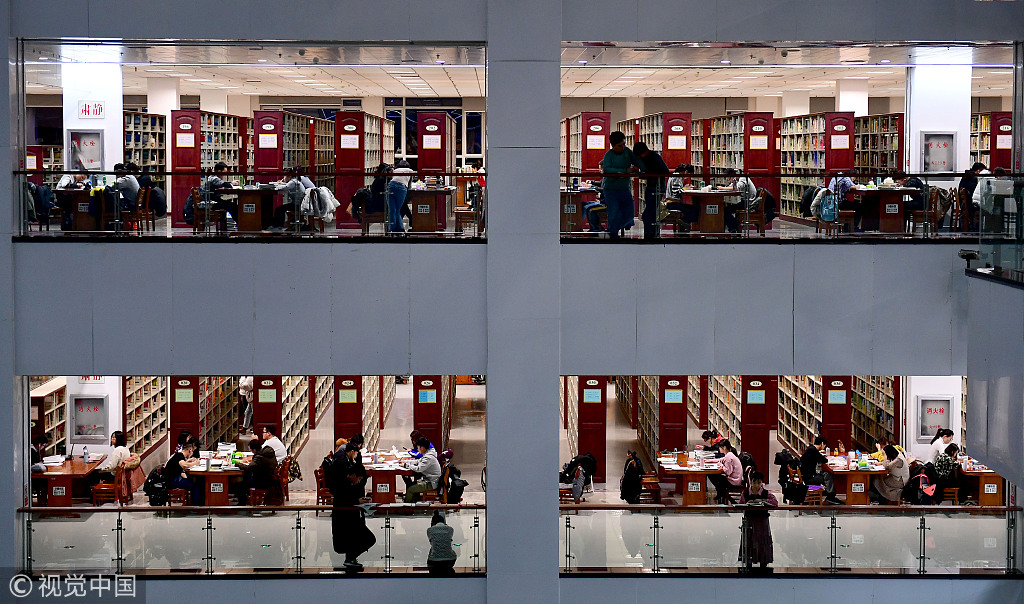 Students prepare for the upcoming postgraduate admission test at a college library in Shenyang, Liaoning Province, on November 19, 2018. The 2019 entrance exam for postgraduate studies will be held from December 22-24, with 2.9 million people set to take the test. 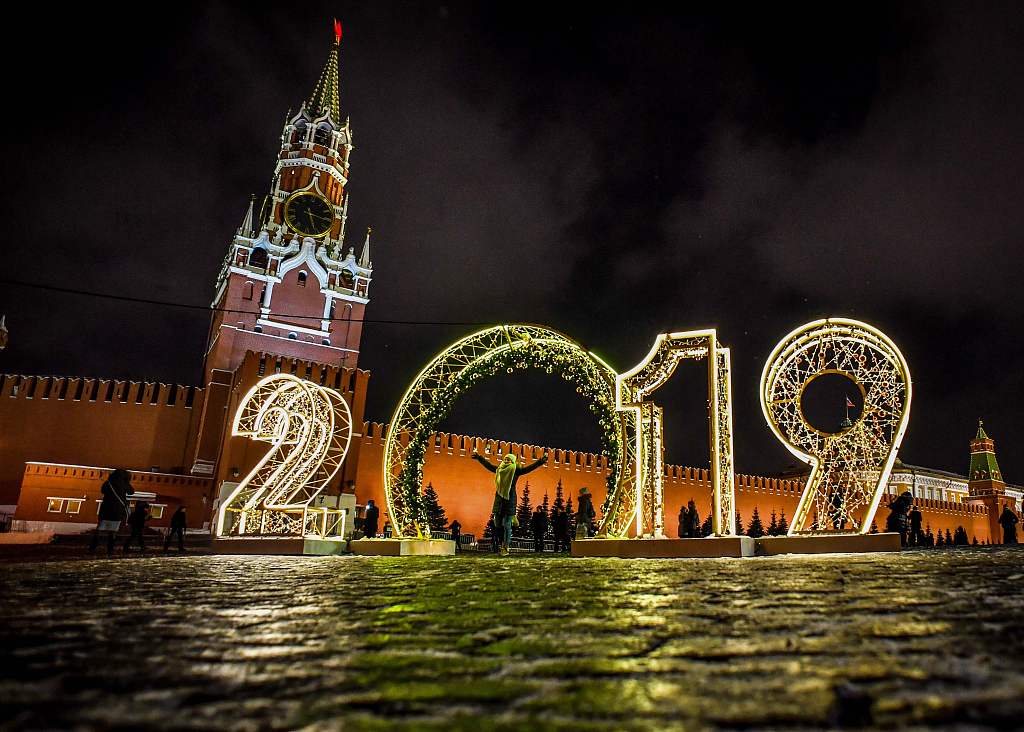 A woman poses inside an installation depicting "2019" near Spasskaya tower in Red Square in central Moscow on December 20, 2018. (Compiled by Yan Yiqiao)