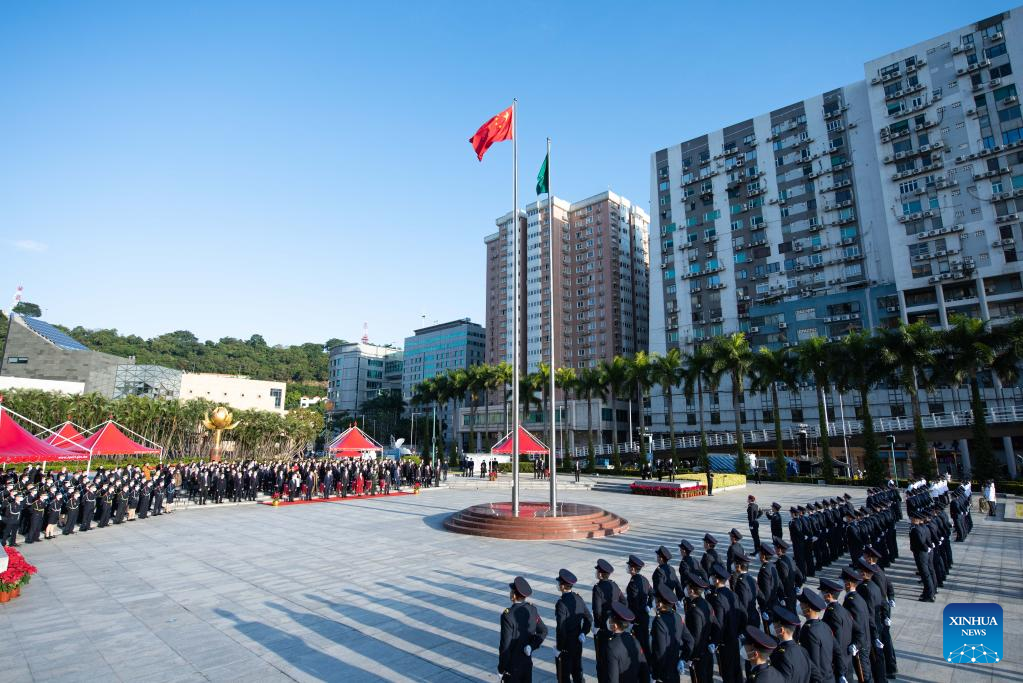 A flag-raising ceremony marking the 23rd anniversary of Macao's return to the motherland is held at the Golden Lotus Square in Macao, on Tuesday. (Photo: Xinhua) 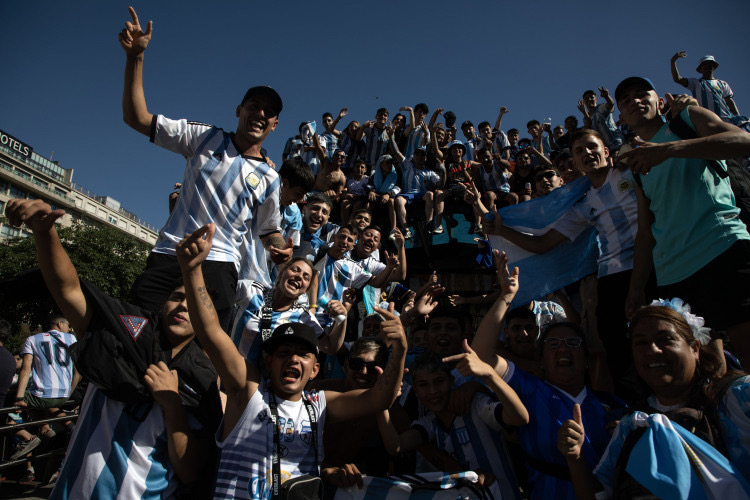 Fans welcome Team Argentina after the team won the Final of the 2022 FIFA World Cup in Buenos Aires, capital of Argentina, on Tuesday. (Photo: Xinhua) 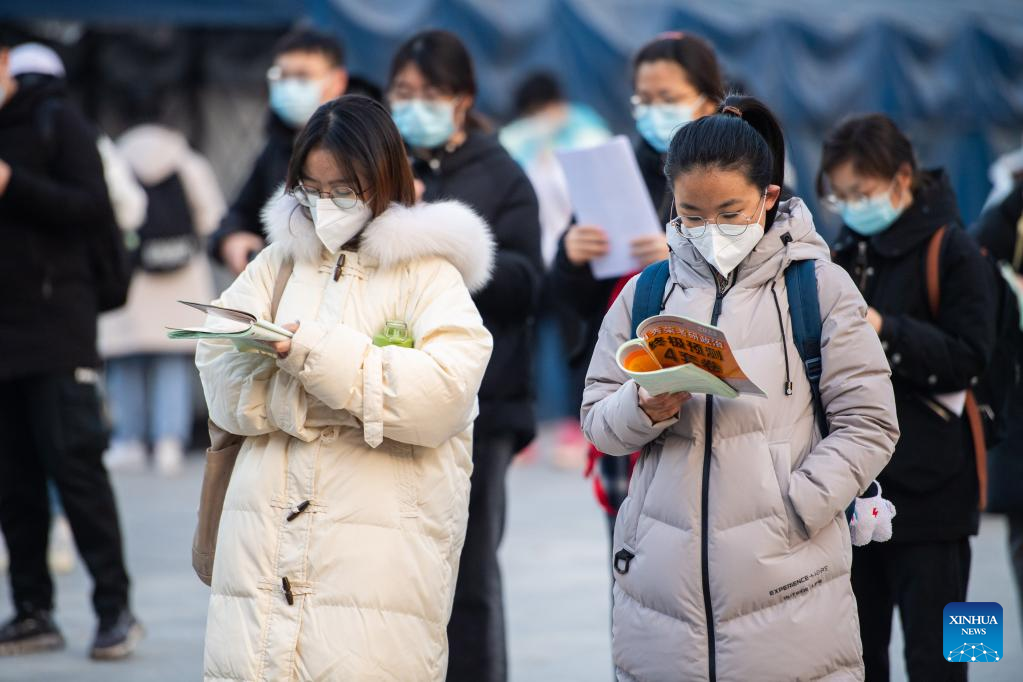 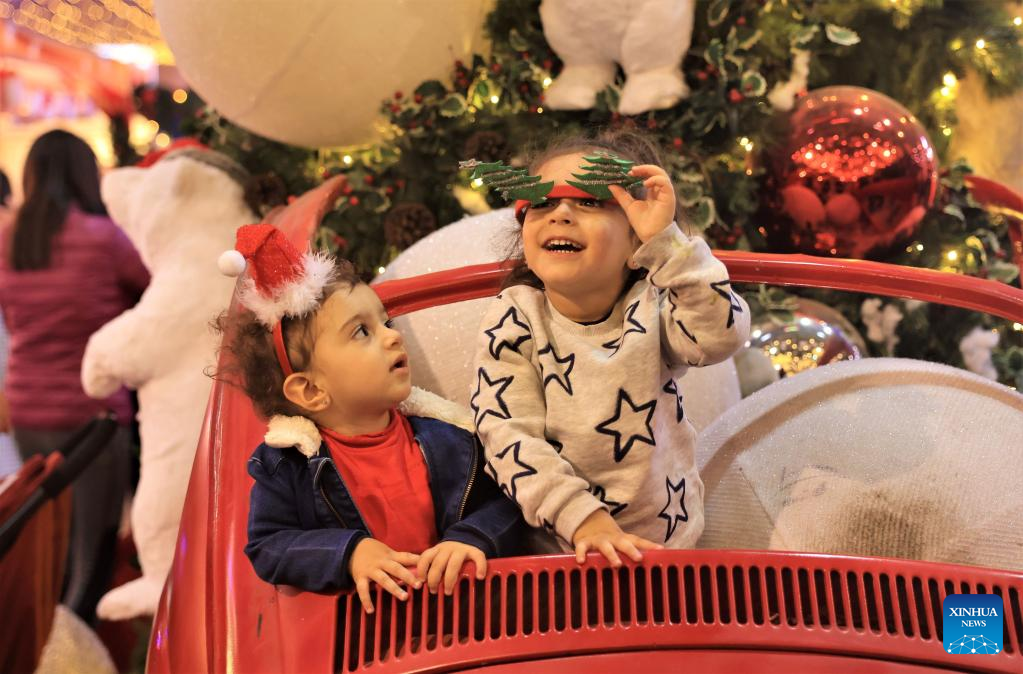 Children have fun in a small car at a Christmas market in Beirut, Lebanon, on Friday. (Photo: Xinhua) 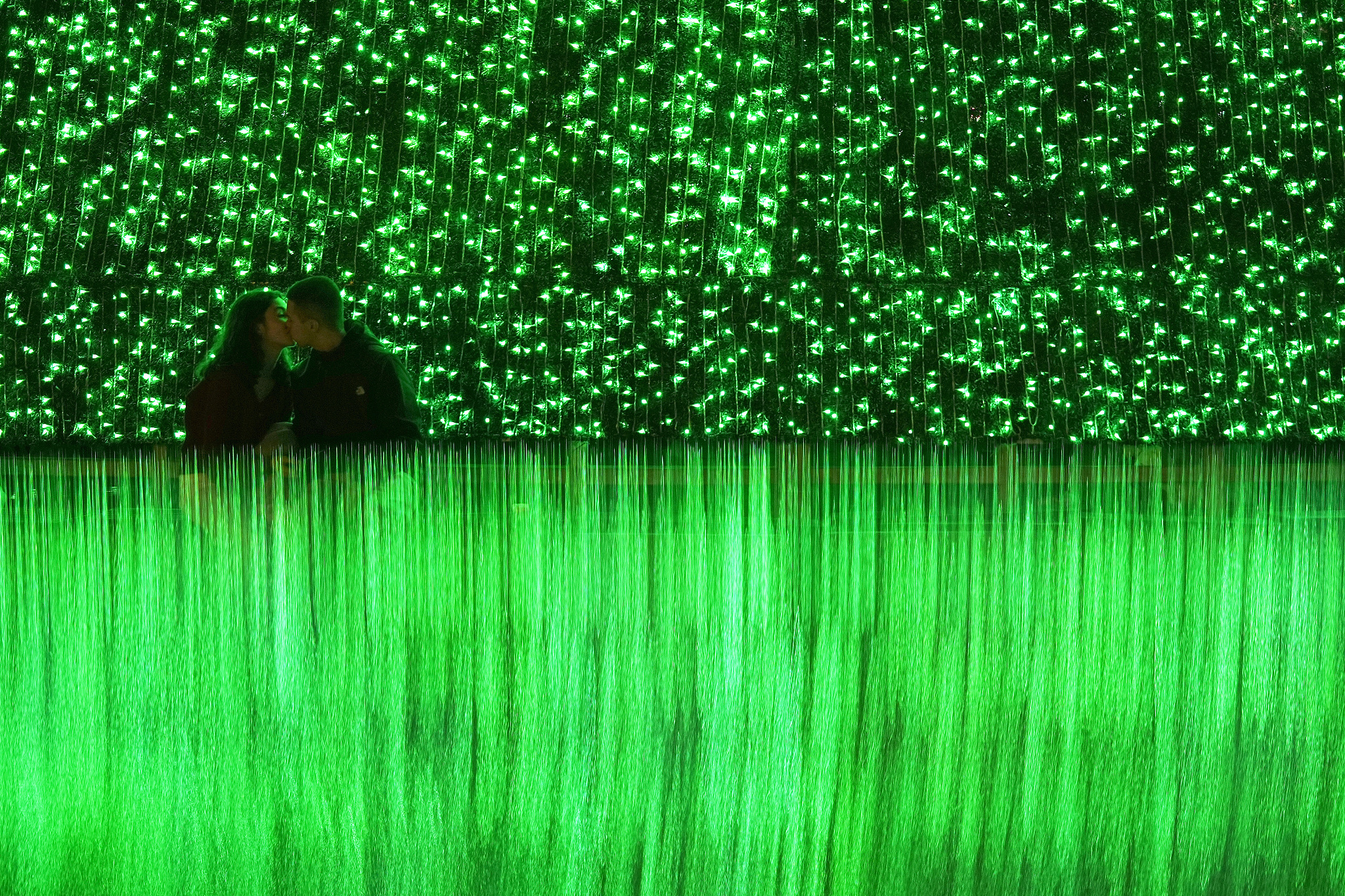 A young couple kisses sitting by a Christmas tree at Lisbon's downtown Comercio Square, on Thursday. The Lisbon City Hall has claimed to have reduced by fifty percent the usage of electricity for Christmas lights this year by reducing the number of hours they are on and by using more energy-efficient light bulbs. (Photo: CFP) 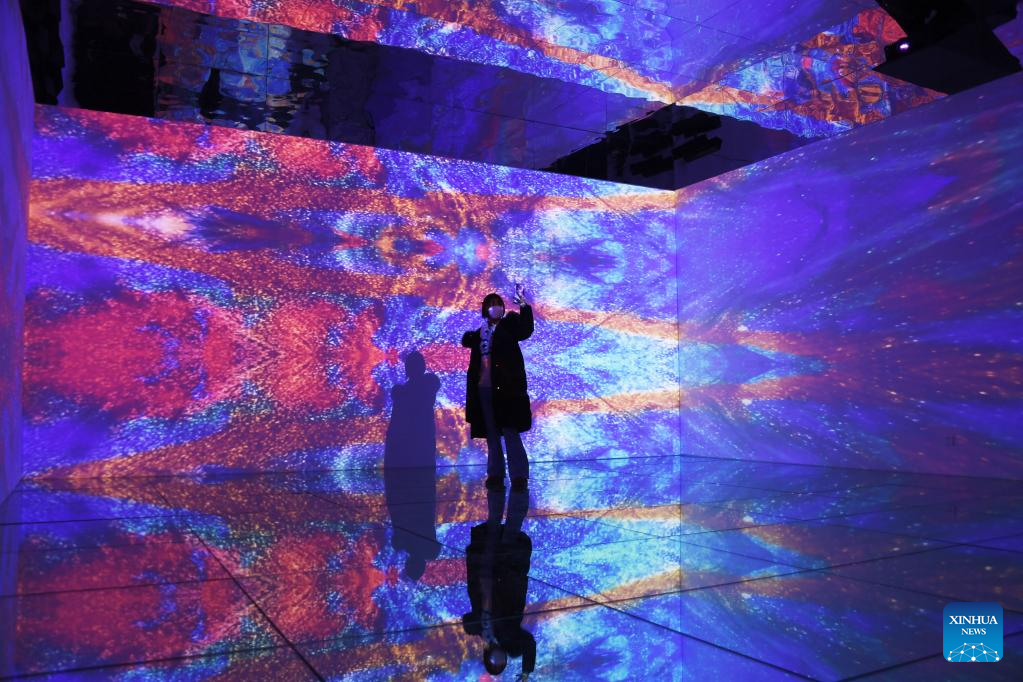 A visitor views art installations at Blooming Echoes, an exhibition featuring the combination of sound and modern art, at the Times Art Museum in Beijing, capital of China, on Wednesday. (Photo: Xinhua) A person wrapped in a blanket crosses a snow-covered street in St. Louis, US, on Thursday. A strong winter storm swept through Central United States on Thursday, with temperatures expected to drop 20-30 degrees Fahrenheit within hours. (Photo: Agencies) 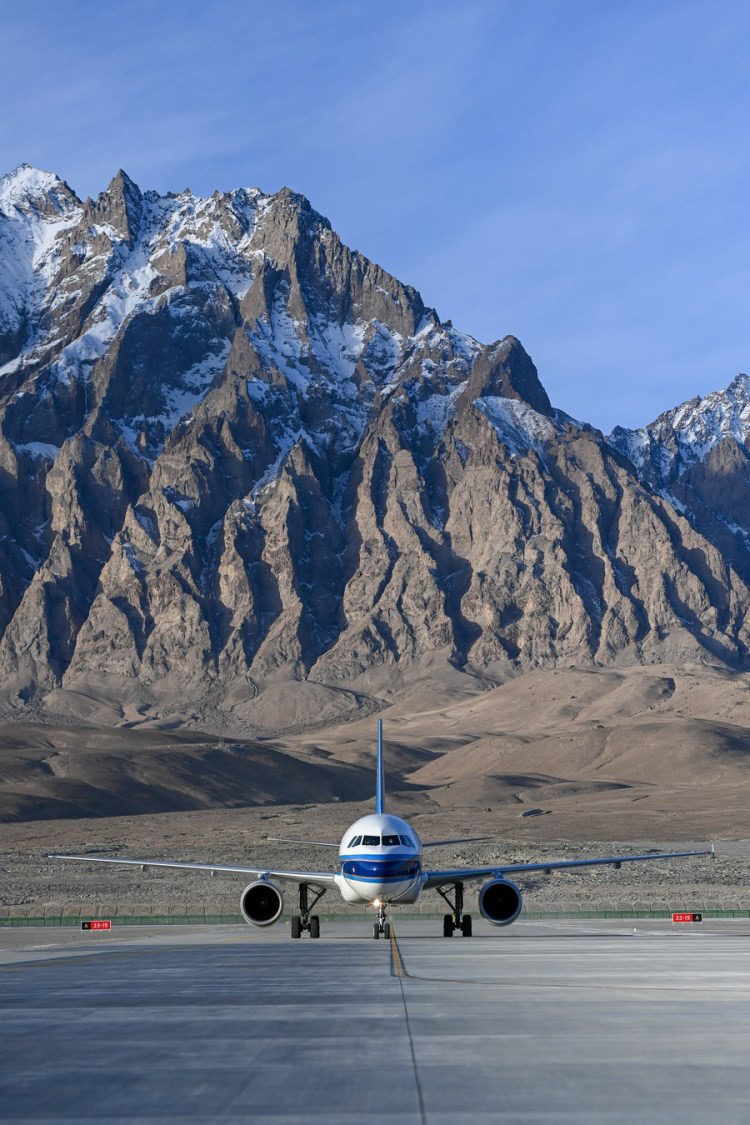 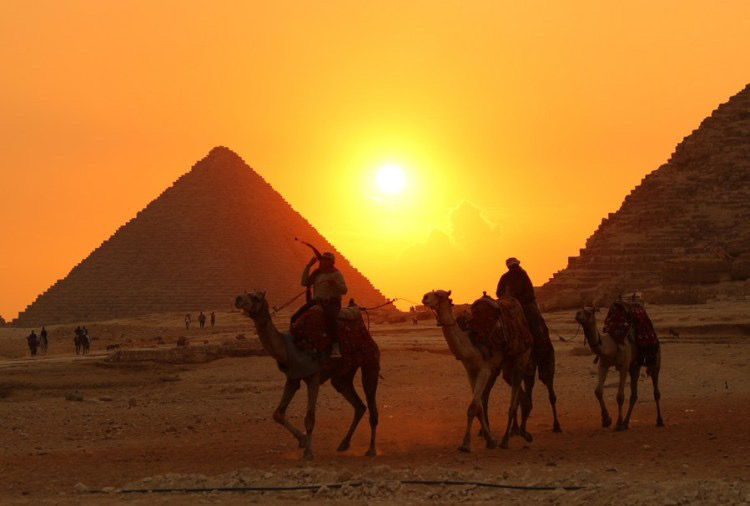 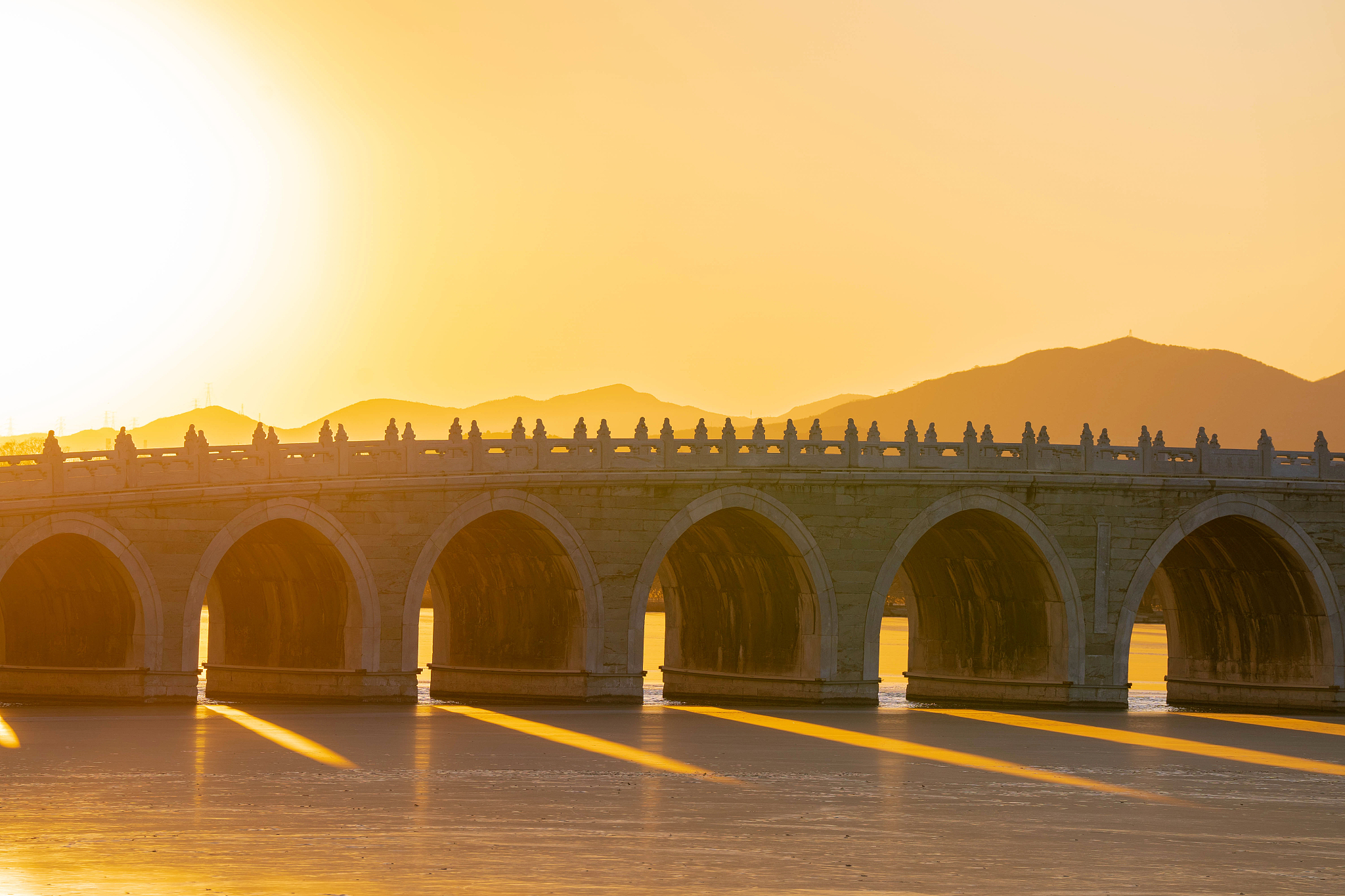 A unique view of "Golden sunset shining through the Seventeen-arch Bridge" at the Summer Palace in Beijing, on Thursday, this year's Winter Solstice. (Photo: CFP）