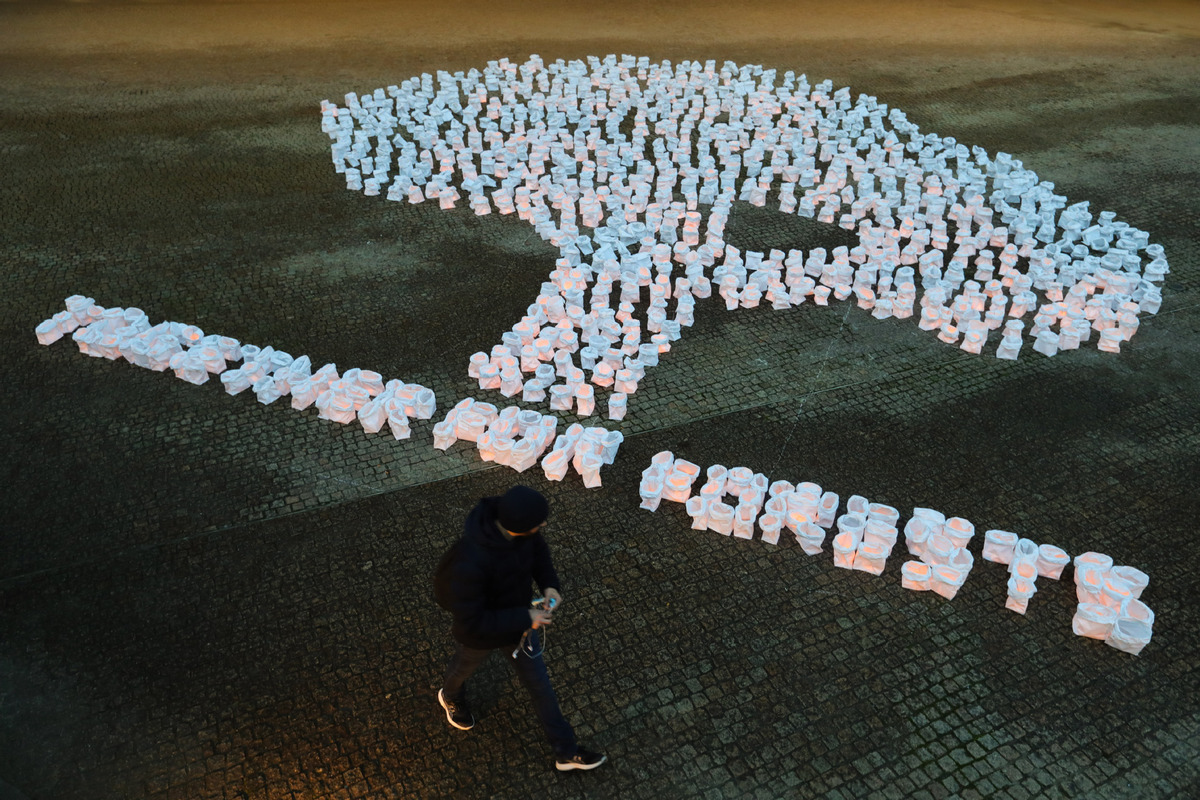 A pedestrian walks past an installation calling for the protection of forests outside the European Commission headquarters in Brussels, Belgium, on Wednesday. (Photo: China Daily) 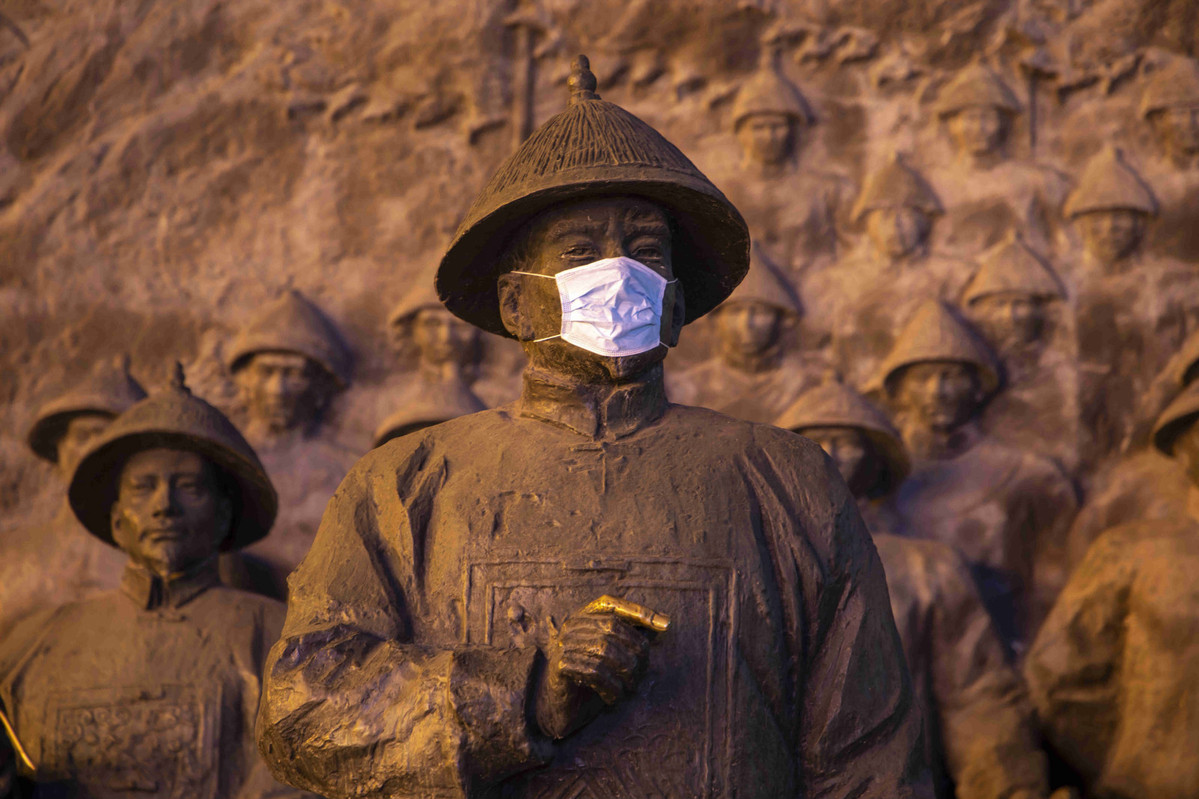 A bronze statue of Chinese Emperor Kangxi (1654-1722) is seen with a mask as a reminder that the COVID-19 pandemic is still not over in Jilin city, Northeast China's Jilin Province, on Wednesday. (Photo: China Daily) 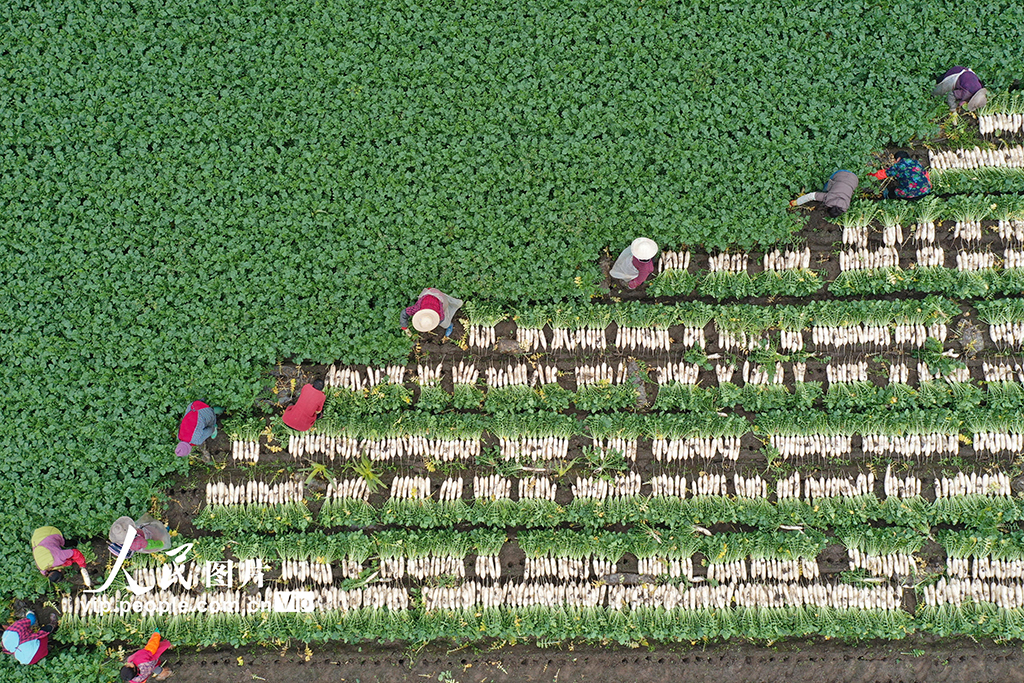 Villagers harvest radishes in a field in Qingshen county, Sichuan Province, on Monday. The county has achieved success in agricultural production in recent years by optimizing its land use and encouraging cooperative production. (Photo: China Daily) 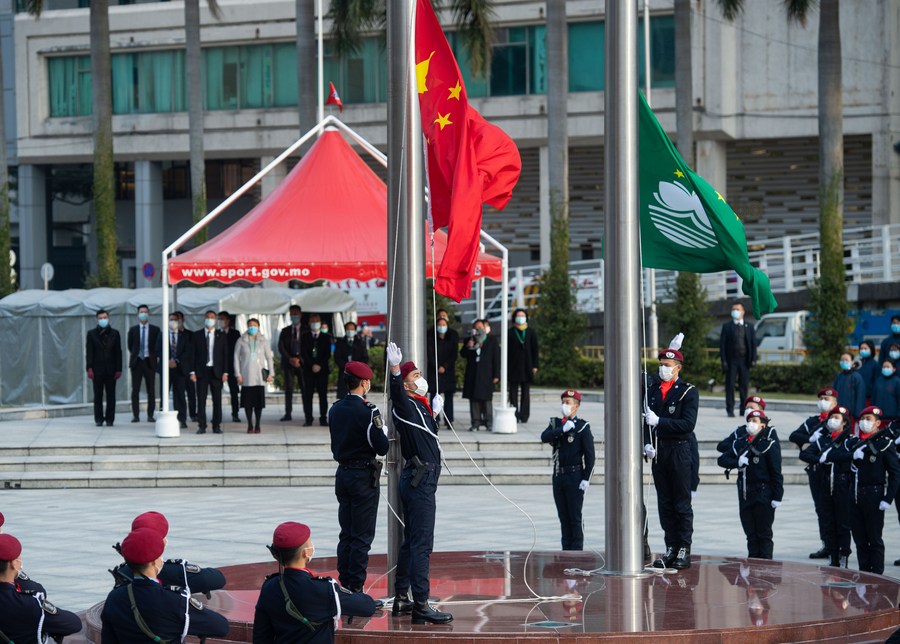 A flag-raising ceremony marking the 21st anniversary of Macao's return to the motherland is held at the Golden Lotus Square in Macao, south China, Dec. 20, 2020. (Photo: Xinhua) 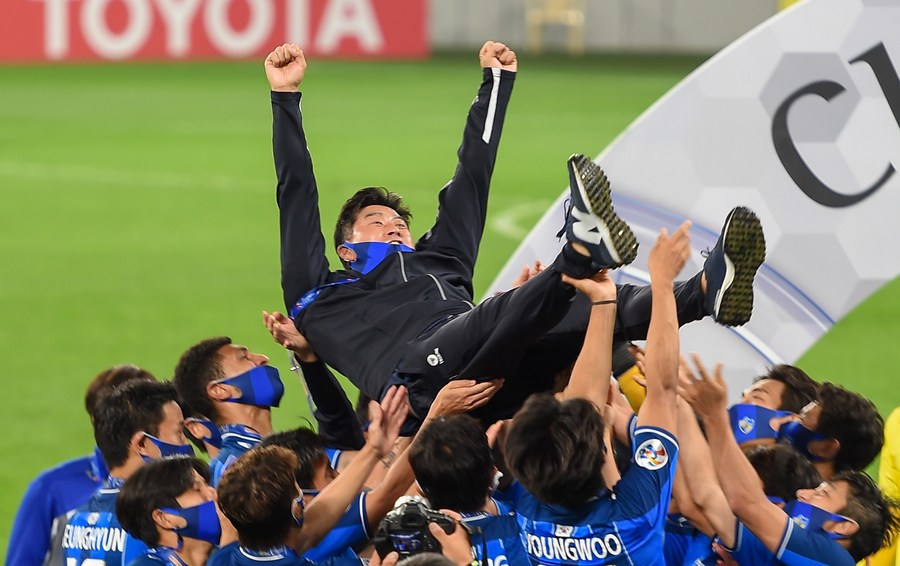 Players of Ulsan Hyundai FC throw up head coach Kim Do-Hoon (top) during the awards ceremony after the final match between Ulsan Hyundai FC of South Korea and Persepolis FC of Iran at the AFC Champions League 2020 in Doha, capital of Qatar, on Monday. (Photo: Xinhua) 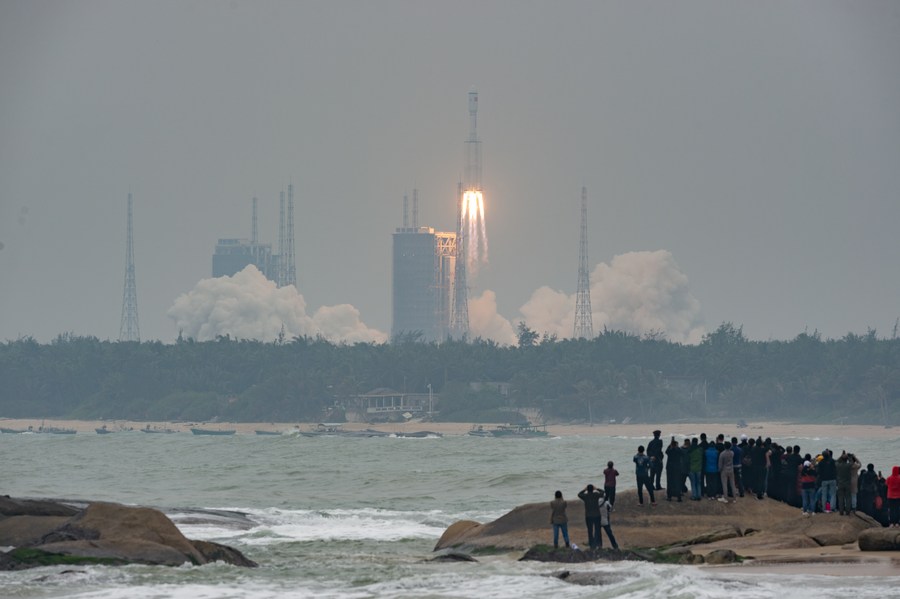 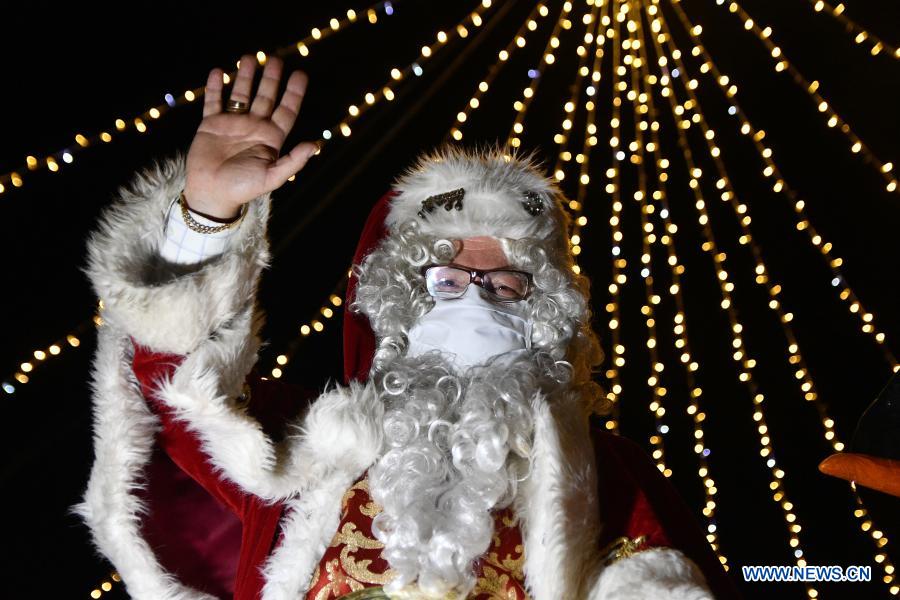 A man dressed in the Santa Claus costume sends greetings to citizens in Vittoriosa, Malta, on Thursday. (Photo: Xinhua) 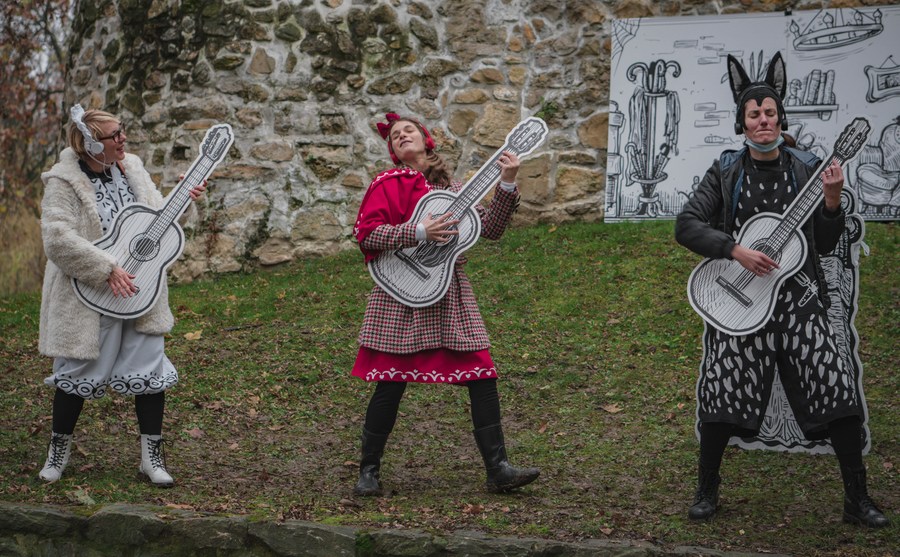 Artists of the Poco Loco Theatre perform in an adaptation of the classic tale "Little Red Riding Hood" in a park amid the COVID-19 pandemic in Zagreb, Croatia, on Friday. (Photo: Xinhua) 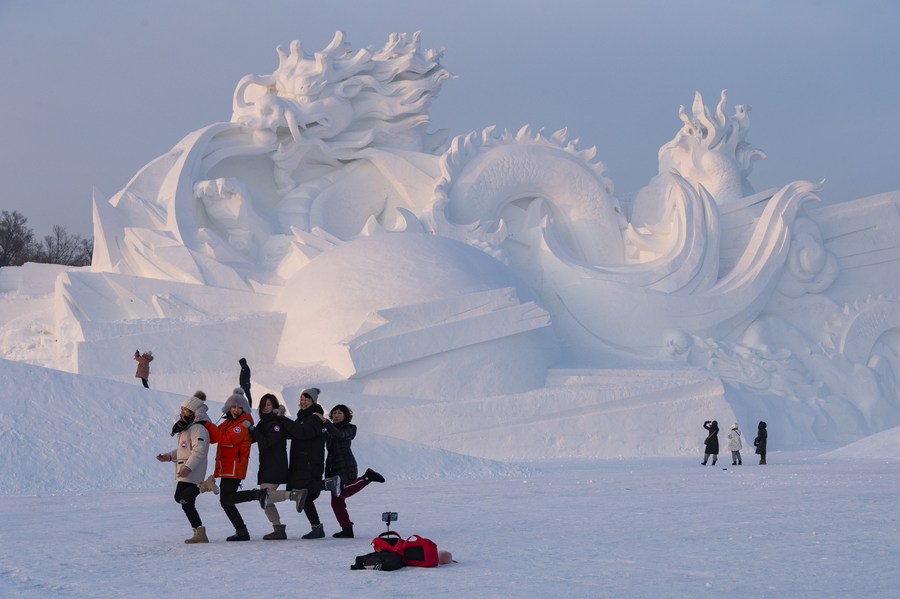 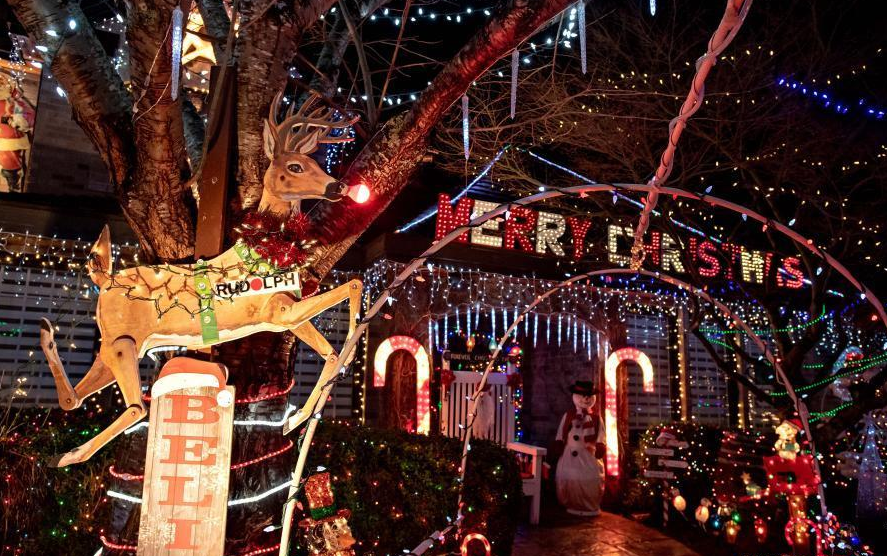