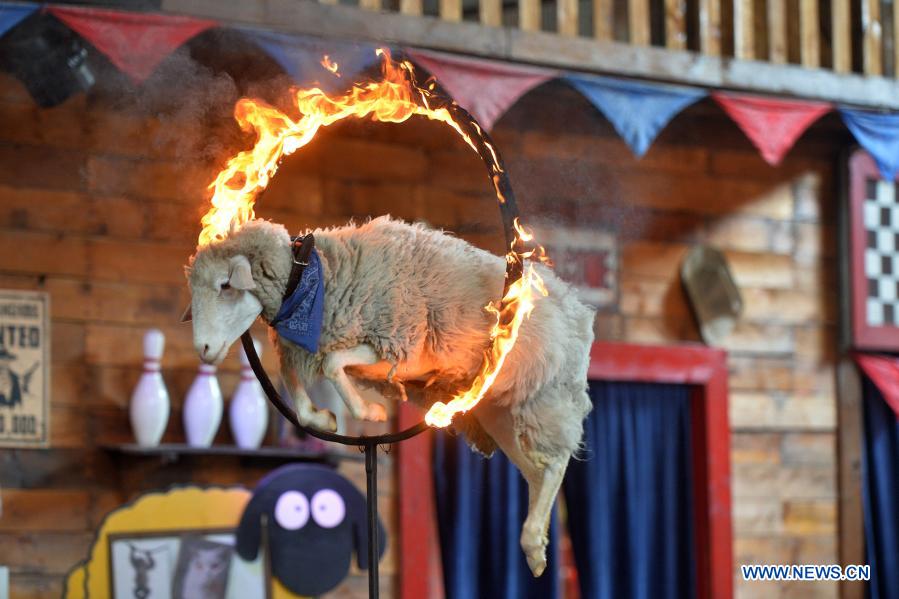 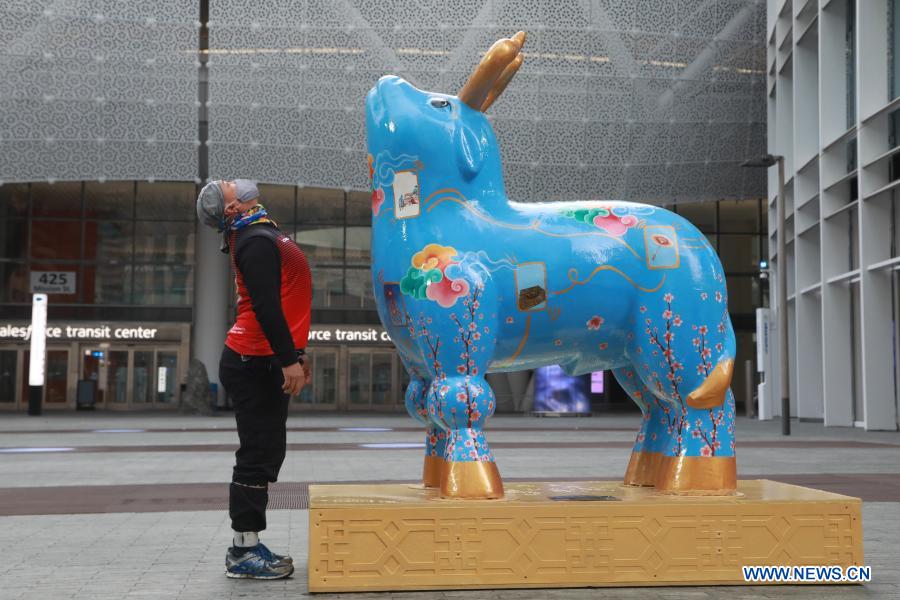 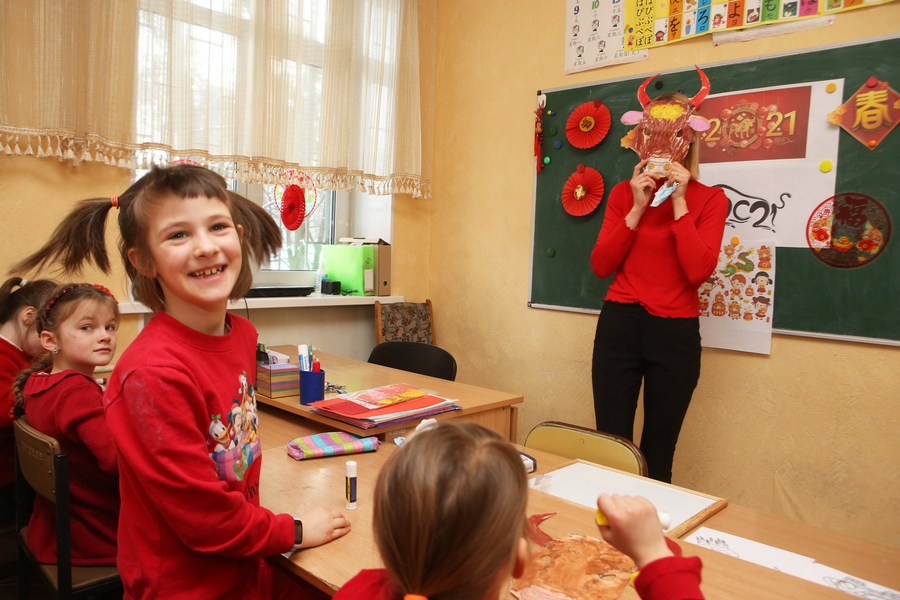 Students interact with a teacher during a craft class at Kiev Gymnasium of Oriental Languages No. 1 in Kiev, Ukraine, on Tuesday. In celebration of the Chinese lunar New Year, the school held activities to help students learn about Chinese culture. (Photo: Xinhua) 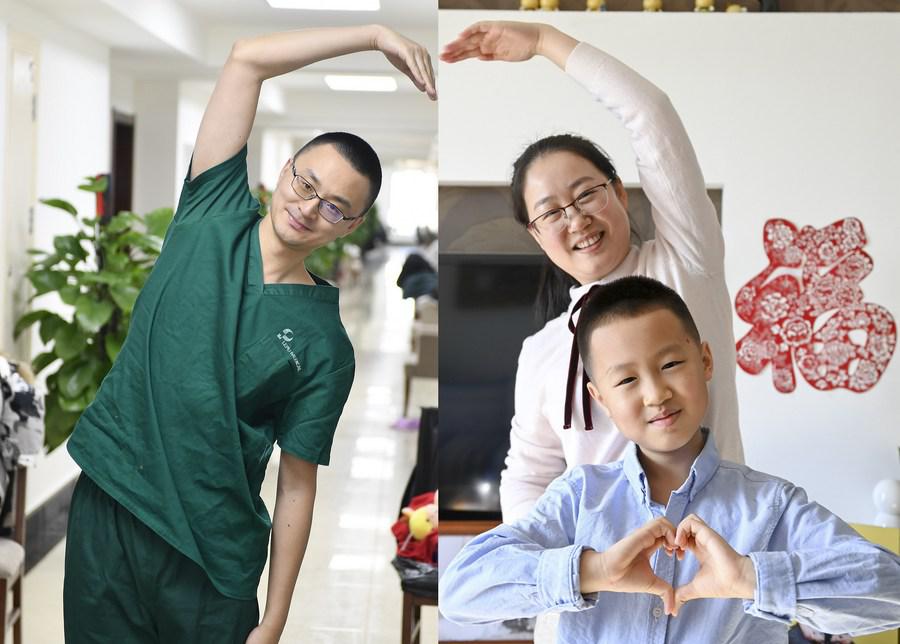 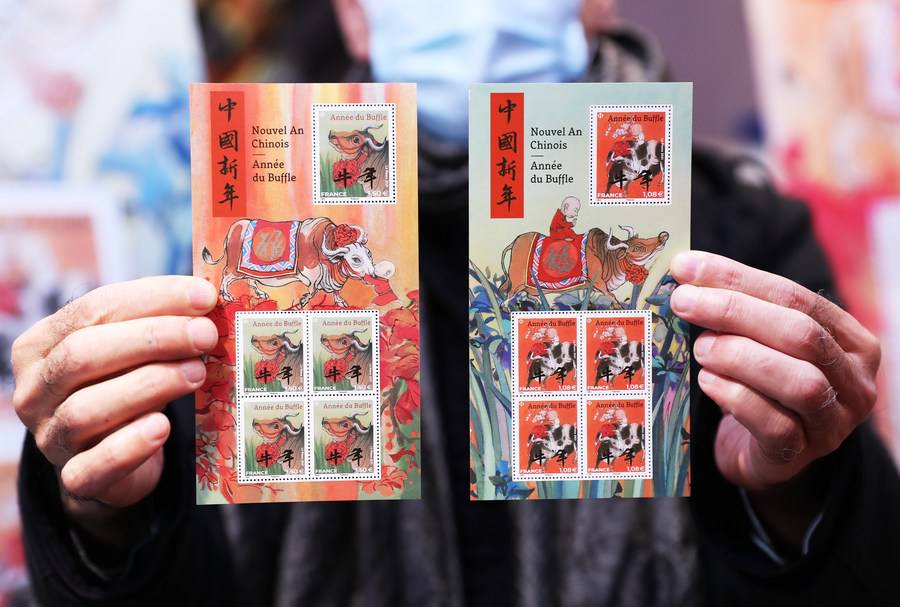 Photo taken on Wednesday shows commemorative stamps themed on the Year of the Ox during an issuing ceremony in Paris, France. (Photo: Xinhua) 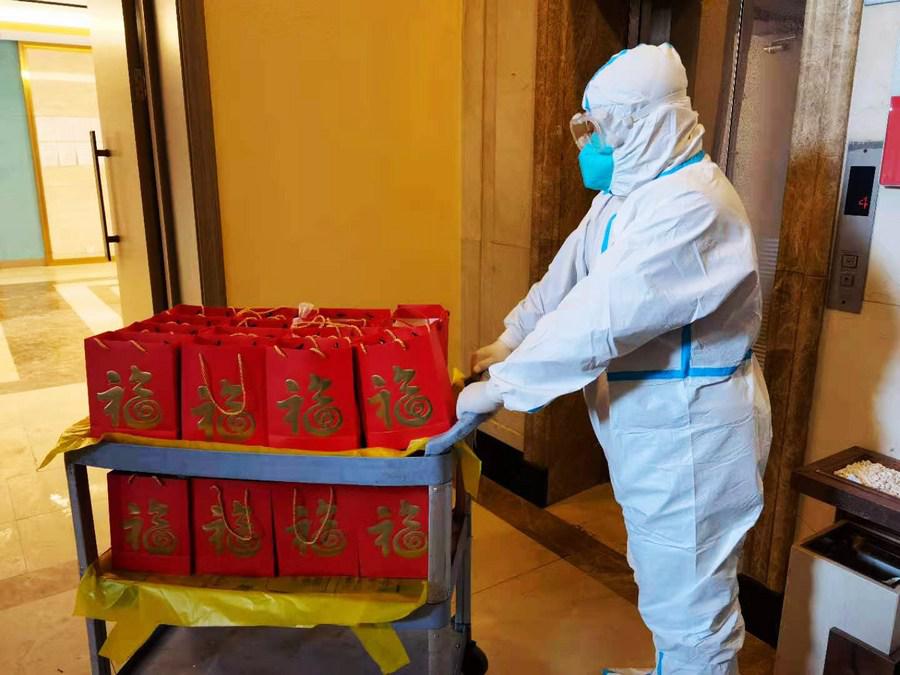 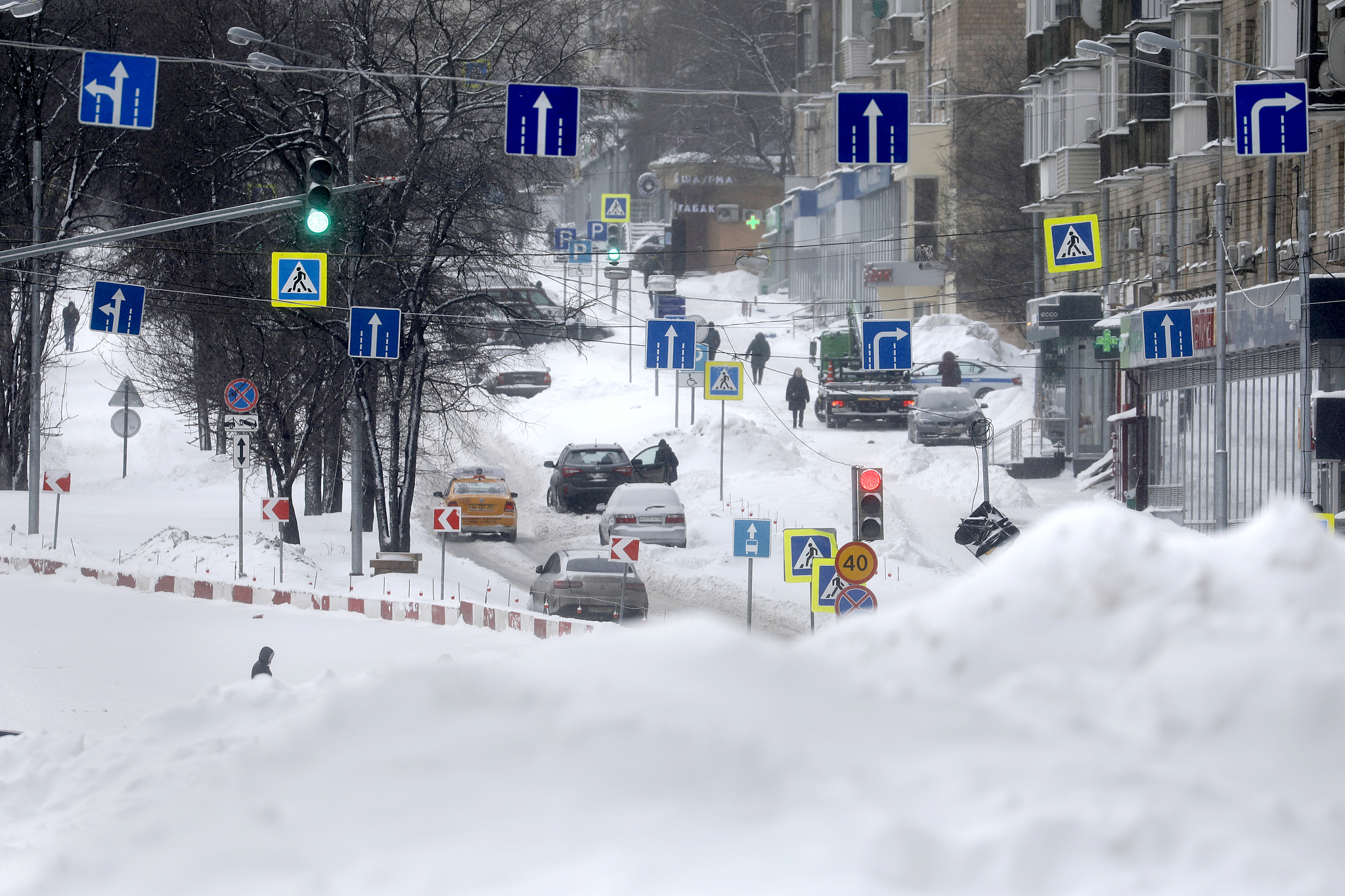 The Russian capital of Moscow was buried by heavy snowfall on Sunday, disrupting both land and air transportation. (Photo: CFP) 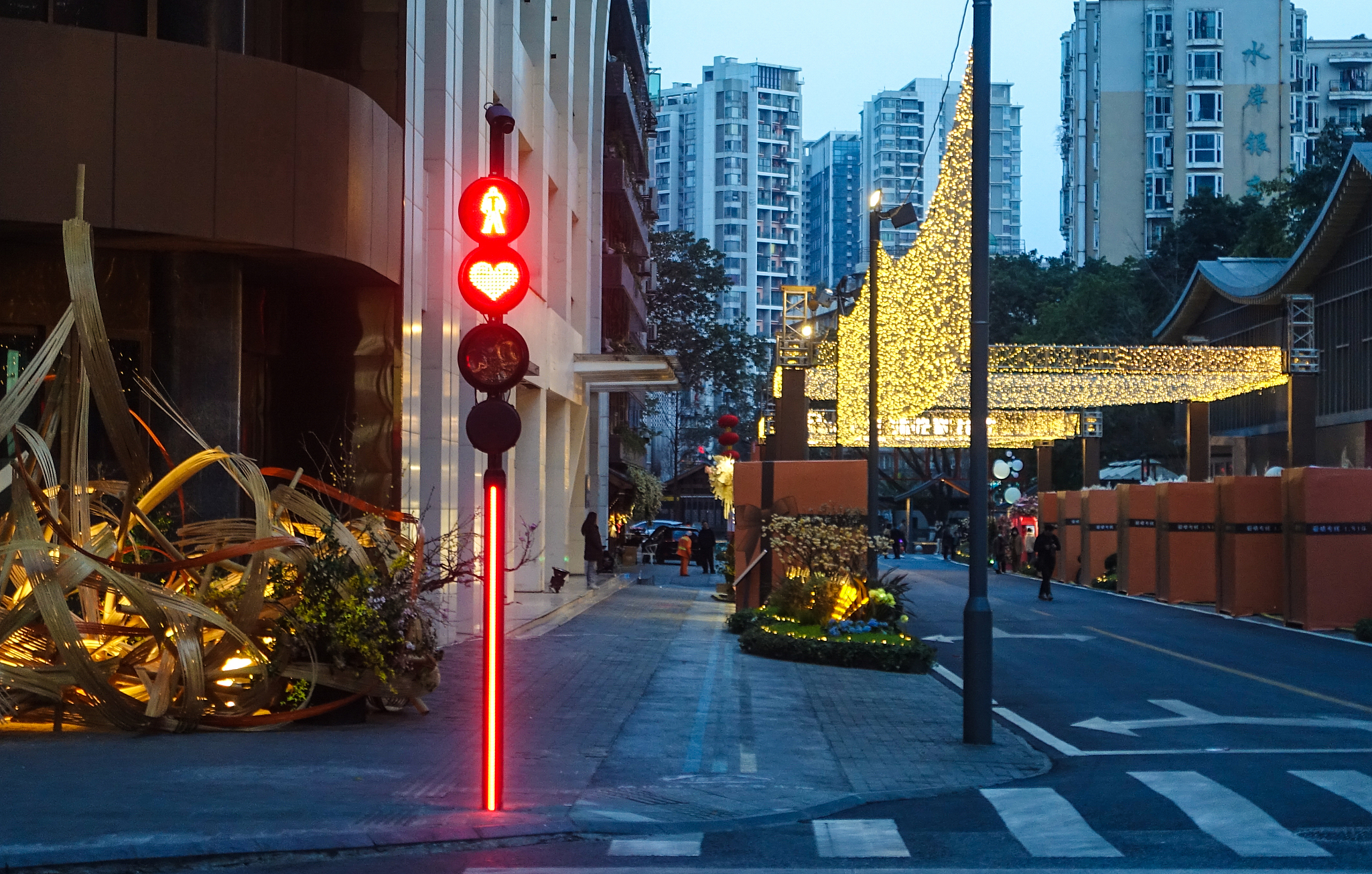 The love traffic light in the southwestern Chinese city of Chengdu, became a hot scenic spot for couples to check in on, especially on Valentine's Day. (Photo: CFP) 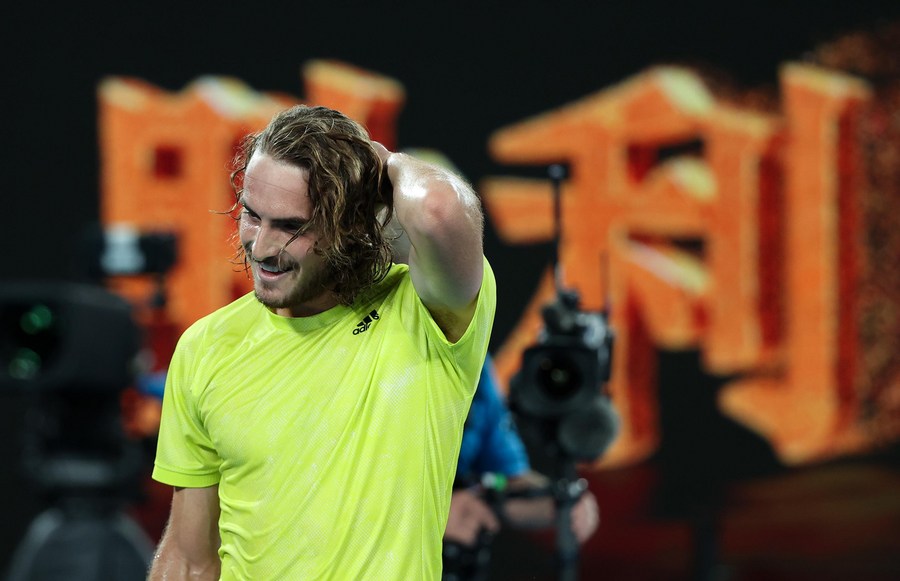 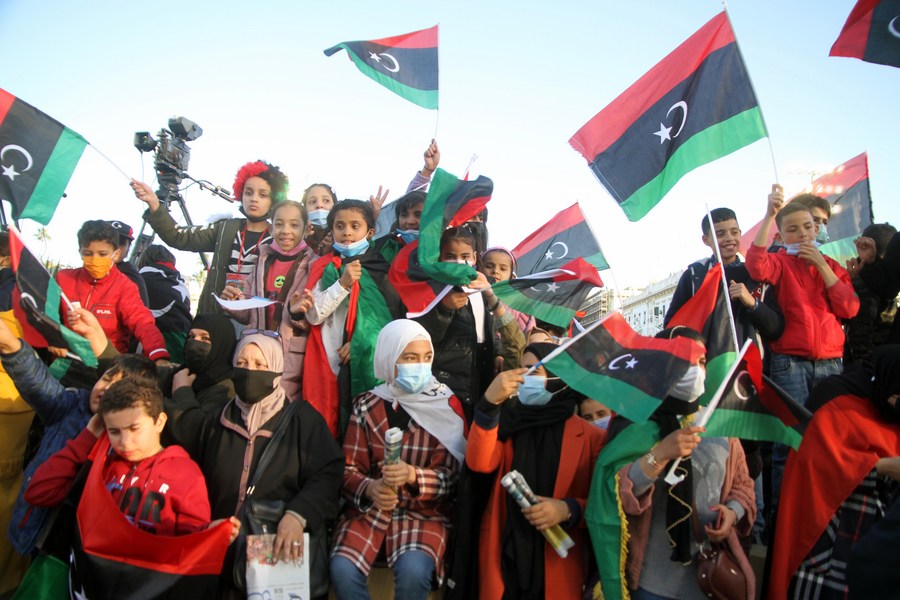 People gather in Martyrs' Square in Tripoli, Libya, on Feb. 17, 2021. Thousands of Libyans on Wednesday celebrated the 10th anniversary of the revolution that overthrew the regime of the late leader Muammar Gaddafi in 2011. (Photo: Xinhua)