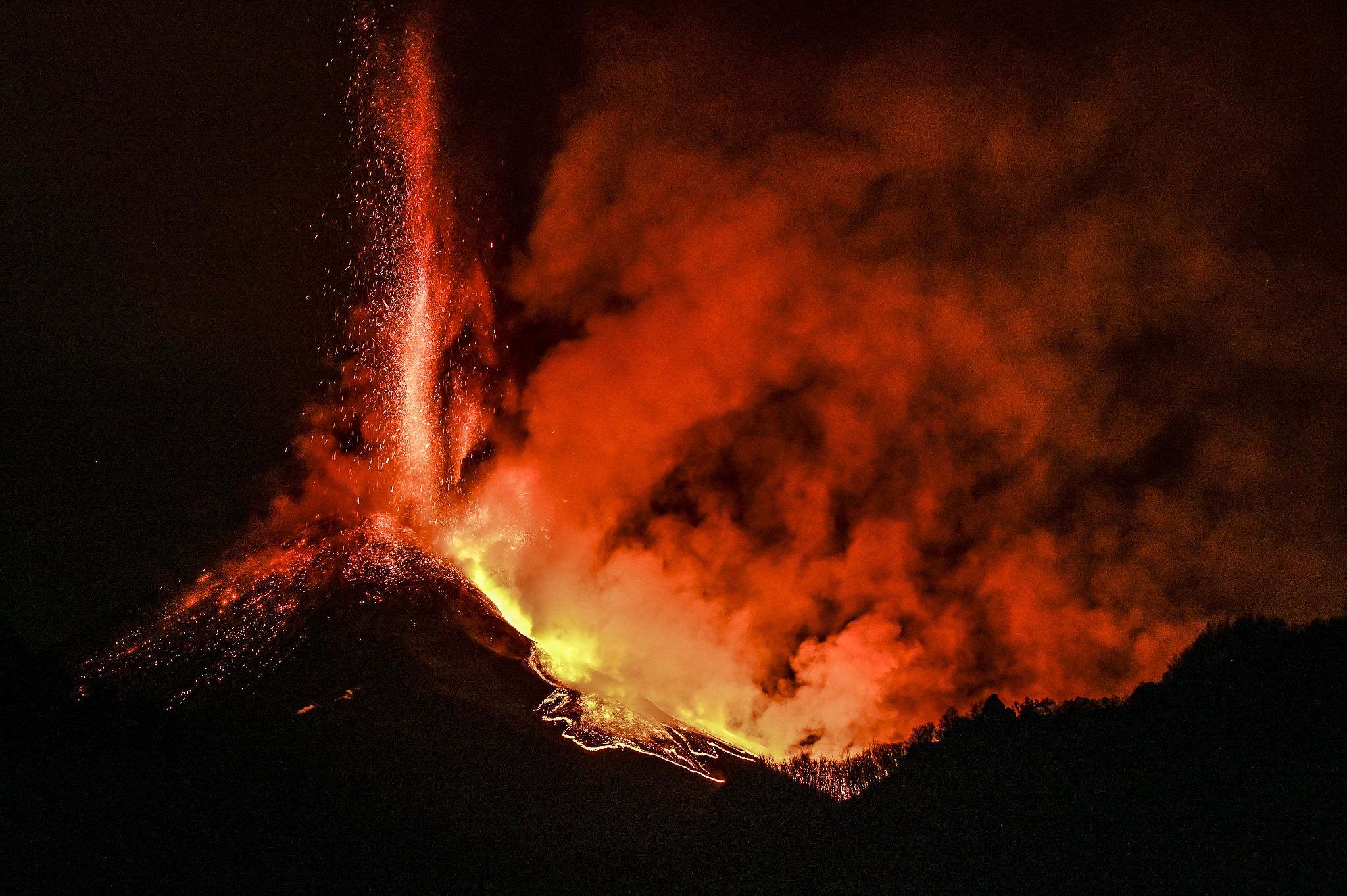 Mount Etna in Catania, Italy, one of Europe's most active ancient volcanoes, was photographed during major volcanic activity on Wednesday. It's the fourth eruption within a week. (Photo: CFP) 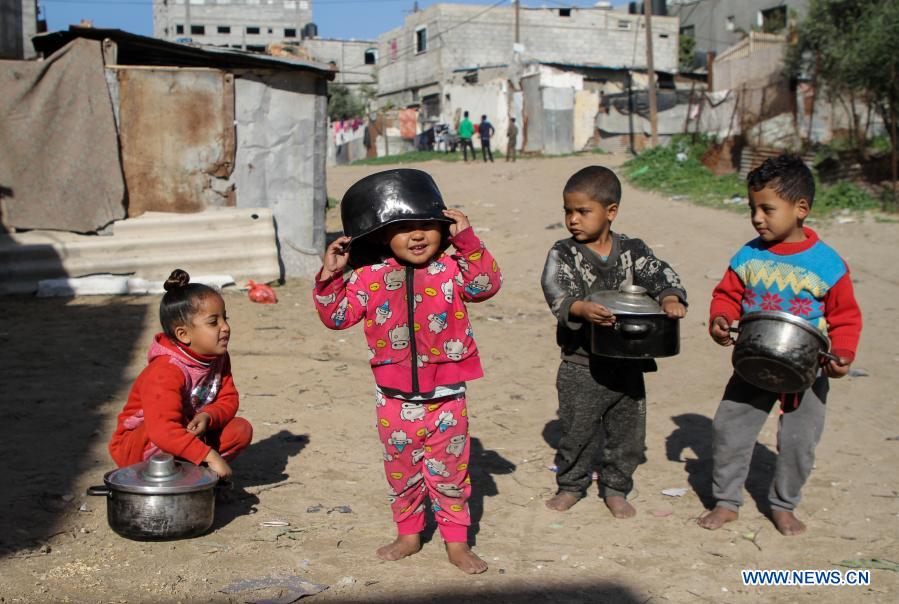 Palestinian children wait to receive charity meals at al-Zaitoun neighborhood in the east of Gaza City, on Tuesday. (Photo: Xinhua) 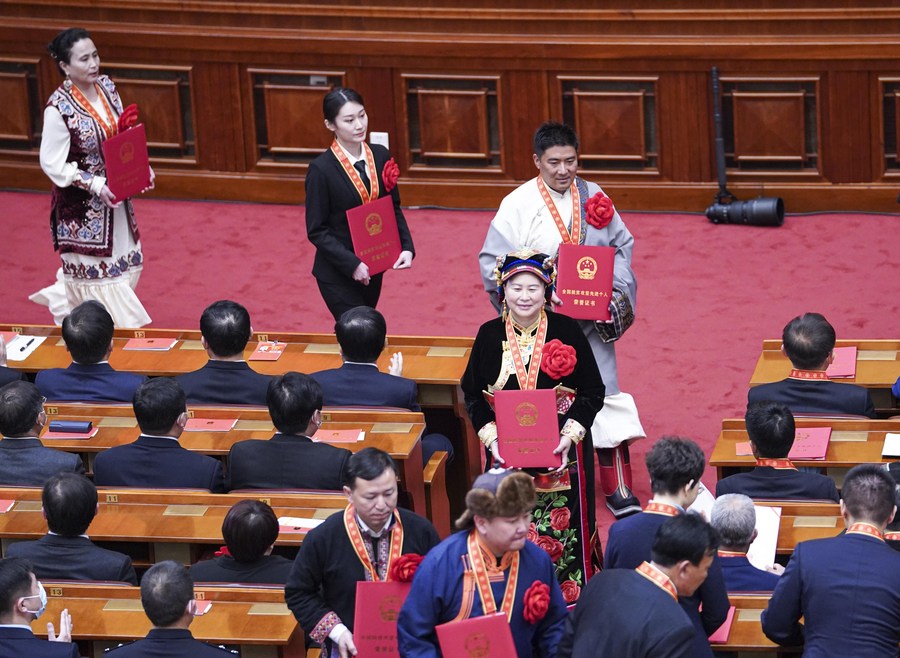 A grand gathering is held to mark the country's accomplishments in poverty alleviation and honor its model poverty fighters at the Great Hall of the People in Beijing, capital of China, on Thursday. (Photo: Xinhua) A red panda enjoys its meal during the Lantern Festival at Jinan Zoo in Jinan, east China's Shandong Province, on Friday. (Photo: Xinhua) 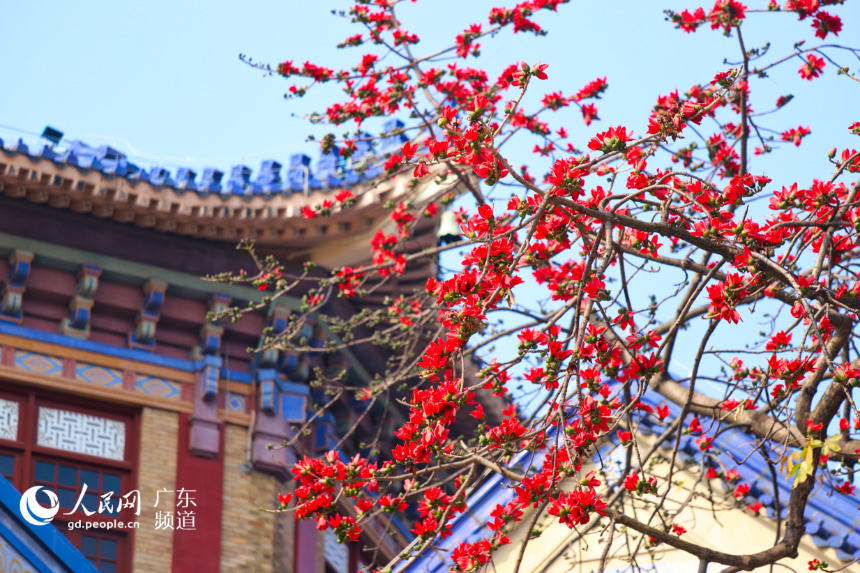 The Kapok flower, the city flower of Guangzhou, southern China’s Guangdong Province, has blossomed across the city due to rising temperatures in early spring. (Photo: People's Daily Online) 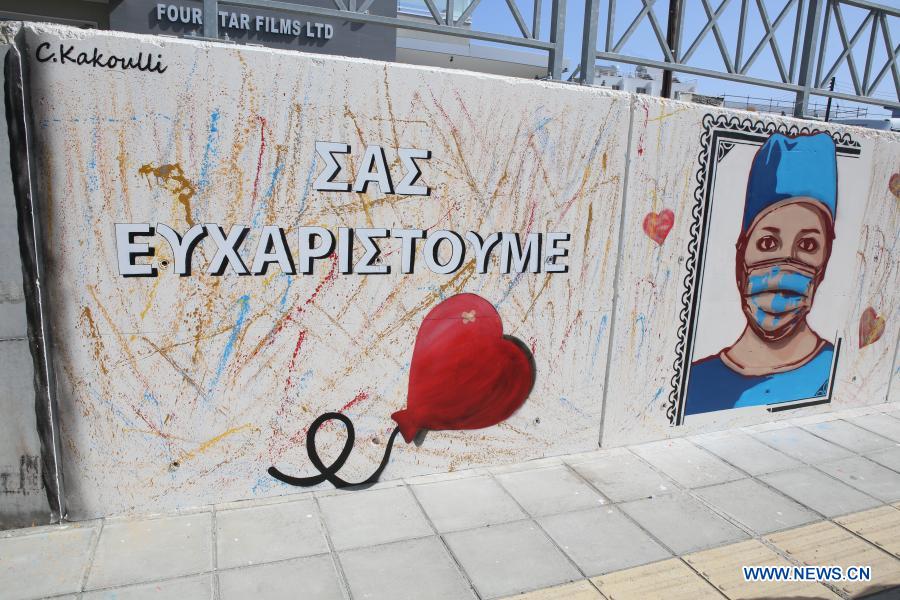 A mural paying tribute to health workers created by Cypriot artist Christos Kakoullis is seen along a boulevard in Larnaca, Cyprus, on Wednesday. (Photo: Xinhua) 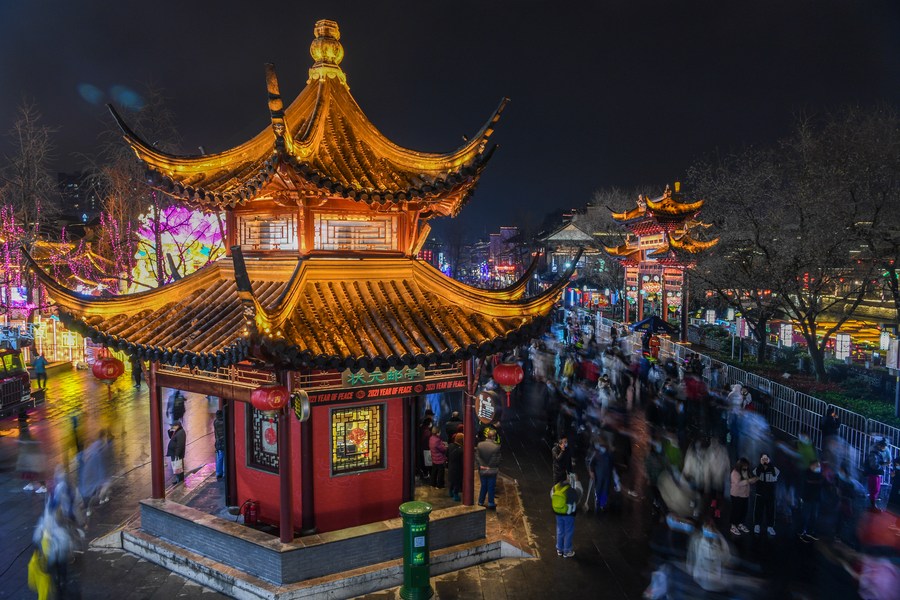 Winners Belgium's Elise Mertens(L)/Belarus' Aryna Sabalenka pose for photos with their trophy after the women's doubles final at Australian Open in Melbourne Park in Melbourne, Australia, on Monday. (Photo: Xinhua) 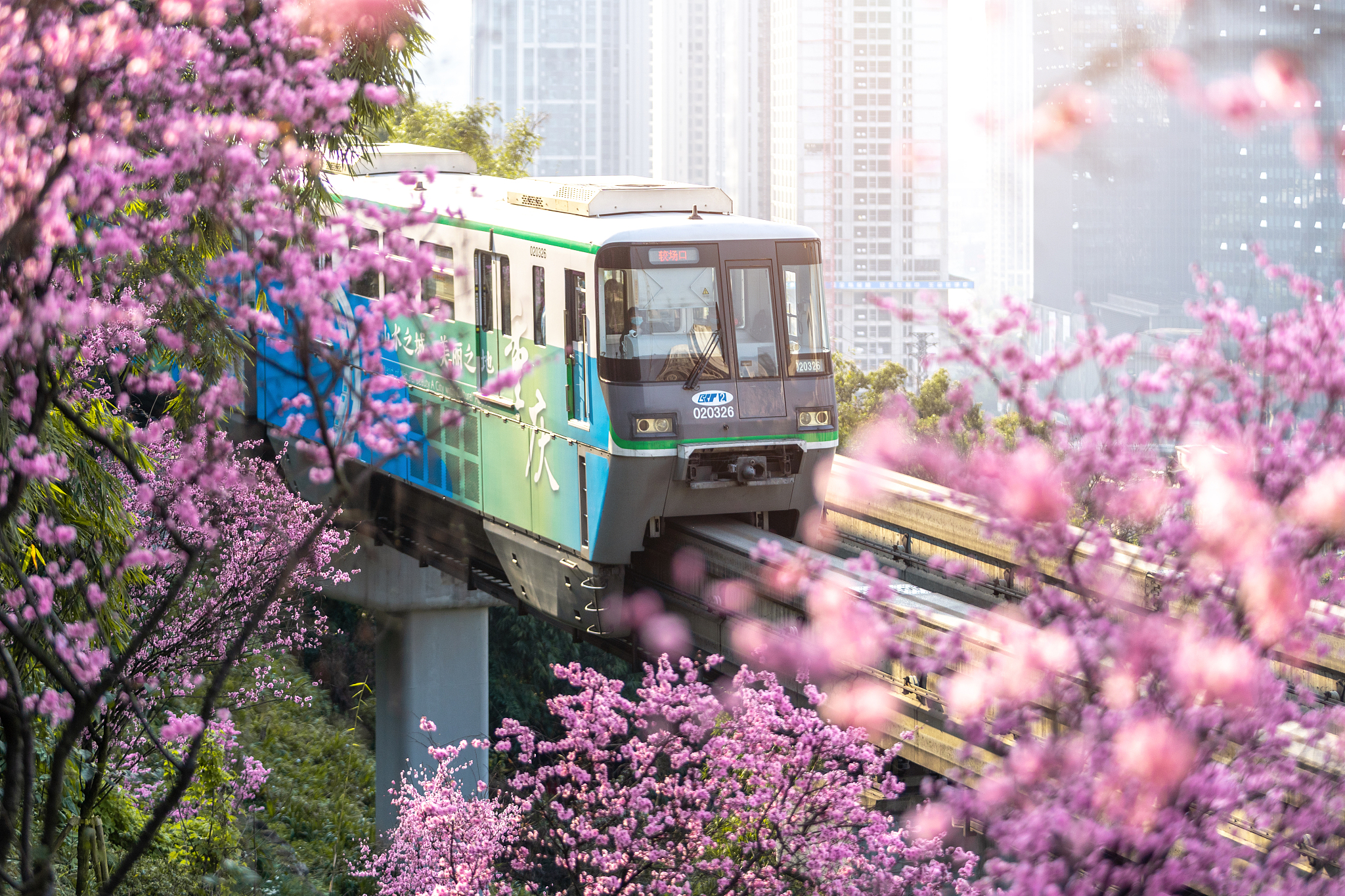 A light-rail train runs through a sea of Armeniaca mume blossoms in Chongqing Municipality, southwest China, on Tuesday. (Photo: CFP) 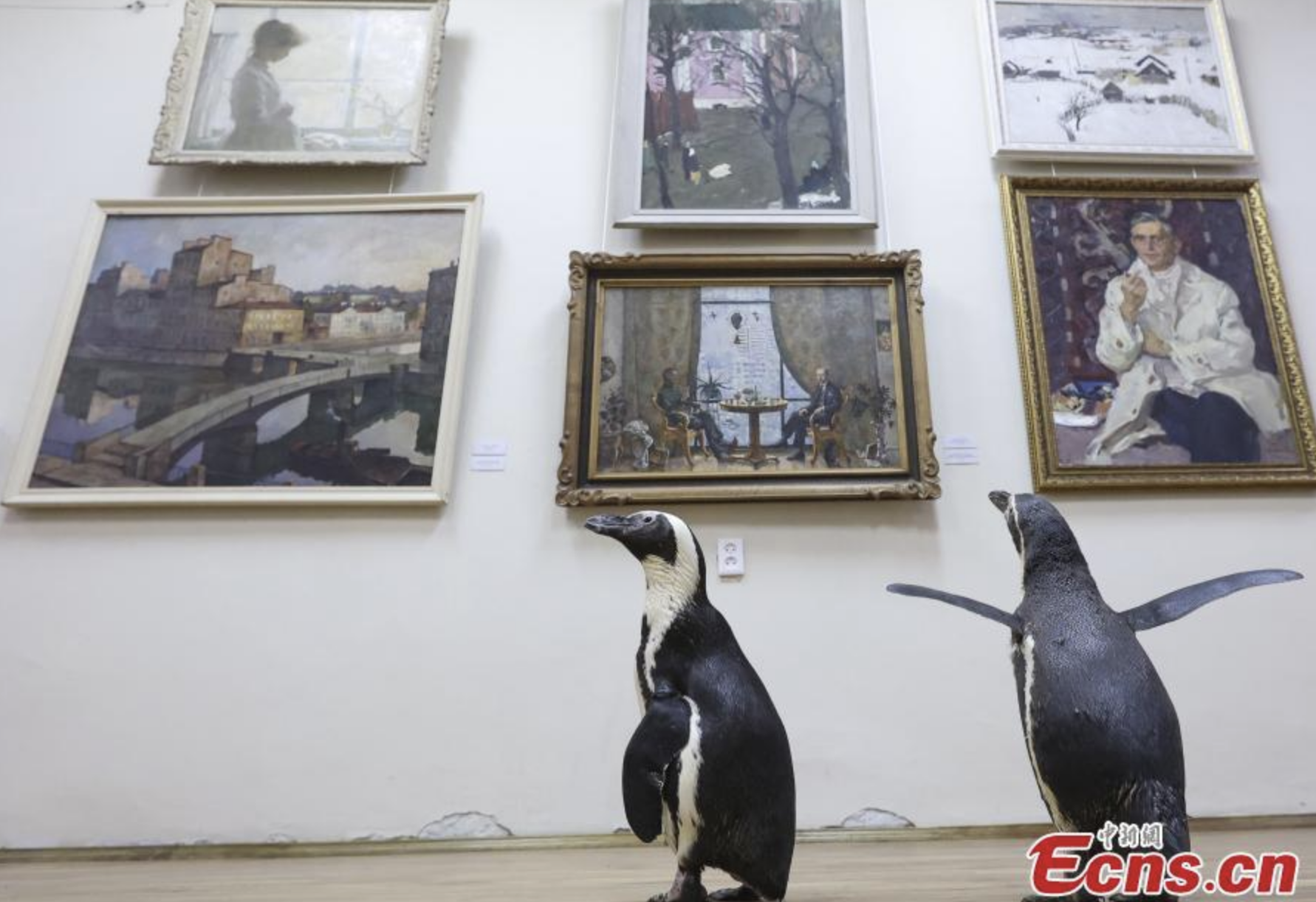 Penguins of the Lasta-Rica circus are spotted at the Bryansk Regional Art Museum in Russia, on Wednesday. (Photo: Ecns.cn)