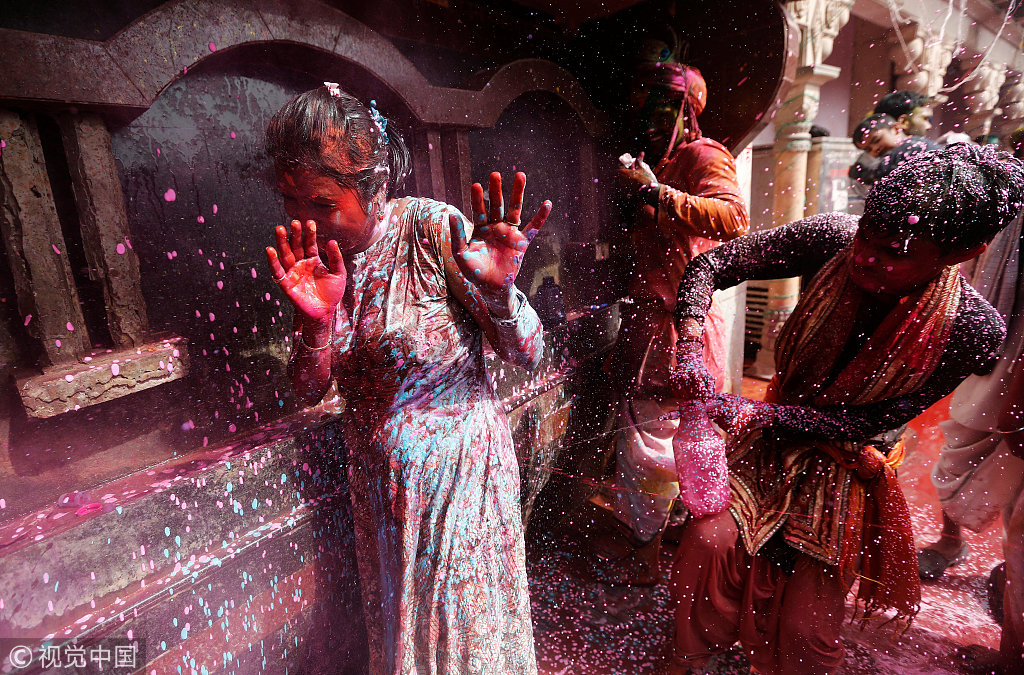 A boy sprays colored water on a girl during Holi, the festival of colors, at a temple in Uttar Pradesh state India on March 16. (Photos: VCG) 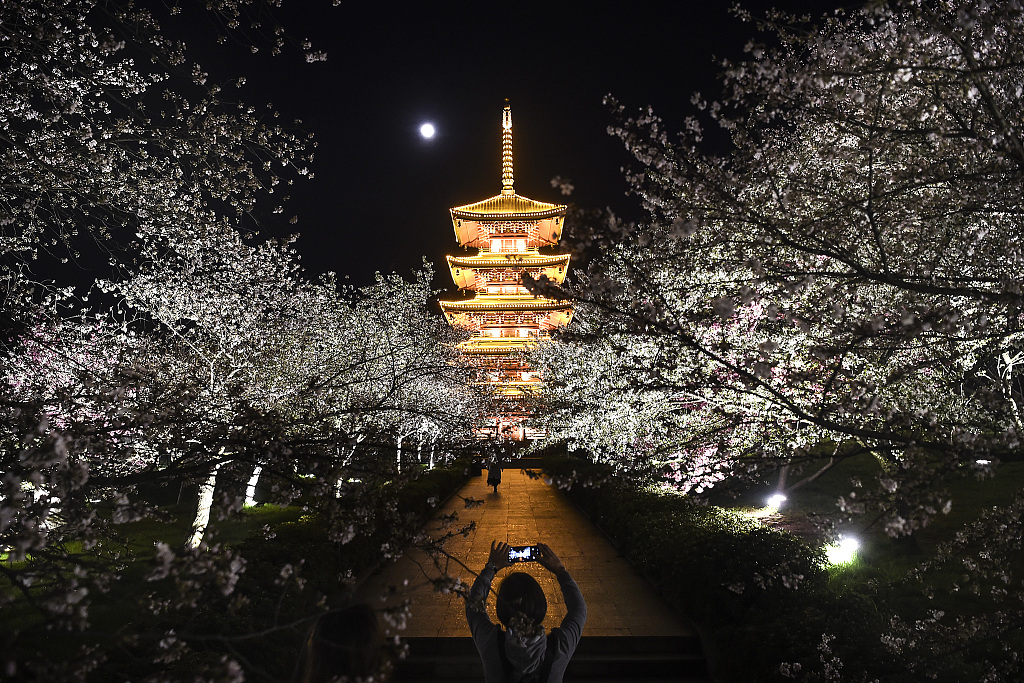 A visitor take pictures to night of cherry blossoms at Yingyuan park on March 20,2019 in Wuhan, Hubei province, China .Cherry blossoms in Wuhan are very famous in China and attract many tourists. 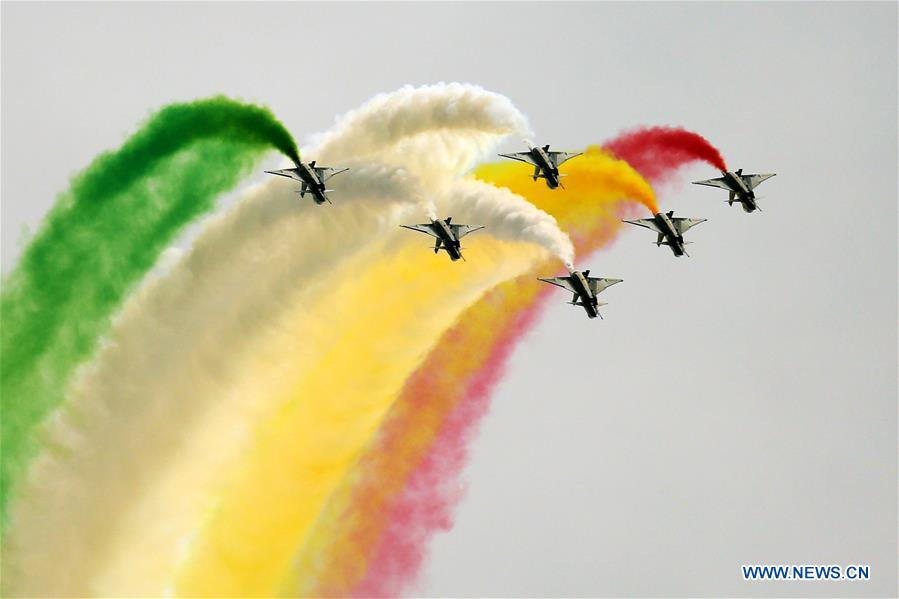 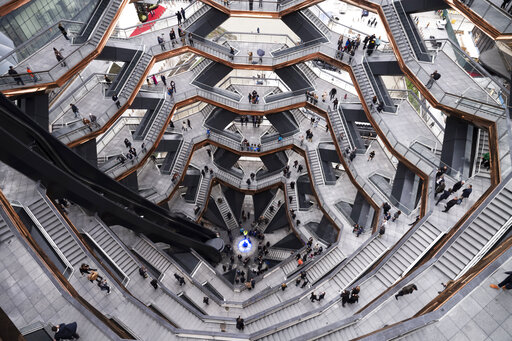 Visitors to "Vessel" climb staircases on its opening day at Hudson Yards on March 15, 2019 in New York City. When fully complete, the 28-acre site will include 16 towers of homes and offices, a hotel, a school, the highest outdoor observation deck in the Western Hemisphere, a performing arts center, Vessel and a shopping mall. (Photos: AP) 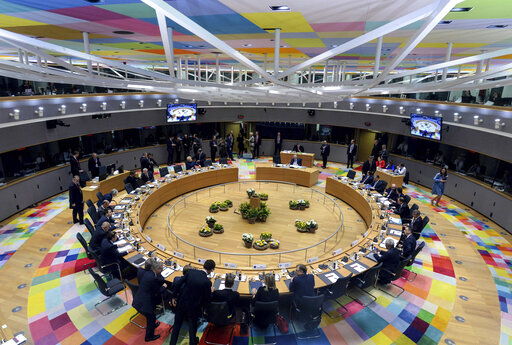 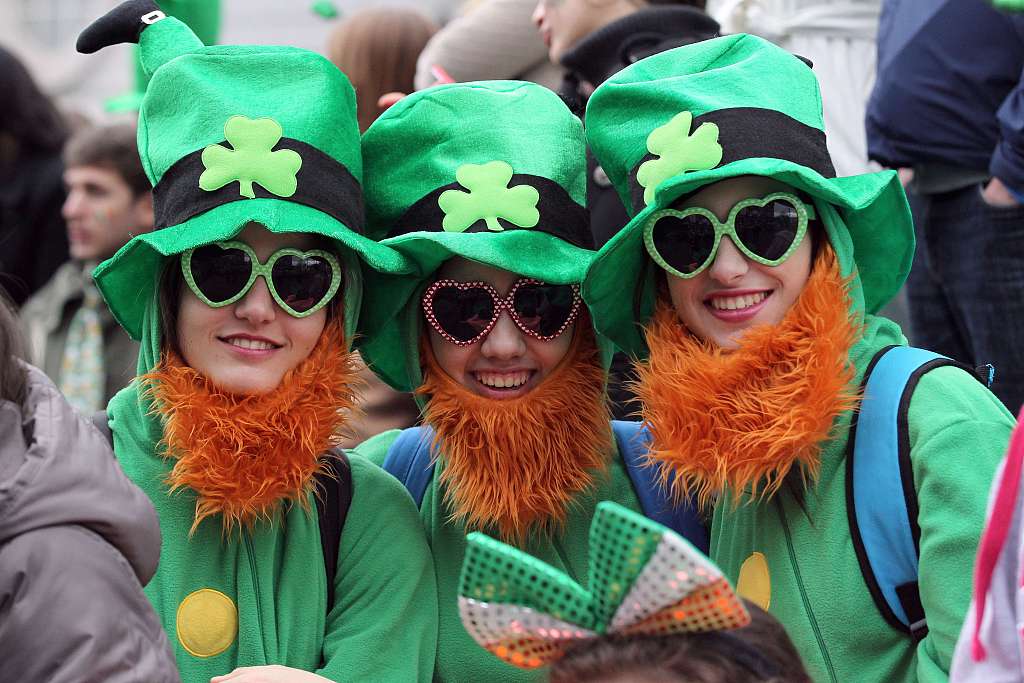 Spectators dressed as leprechauns attend St Patrick's Day parade in Dublin on March 17, 2019. More than 100 parades were held across Ireland to mark the feast day of the patron saint of Ireland, with up to 650,000 spectators expected to attend the parade in Dublin. (Photos: VCG) 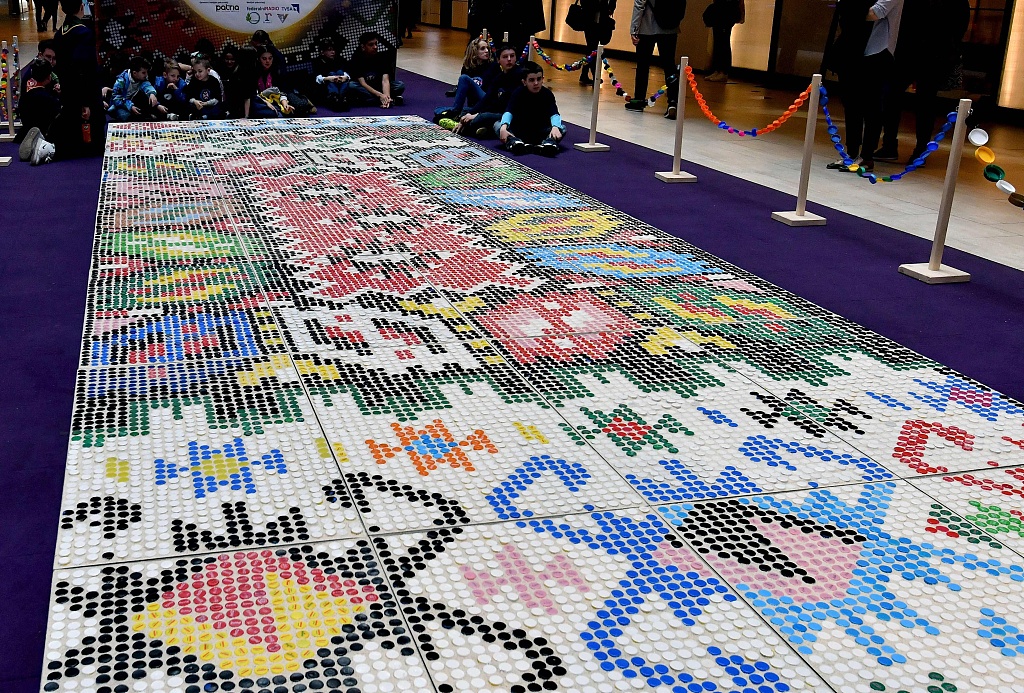 A "Bosnian qillim" carpet made of plastic bottle caps on display at the Sarajevo City Center Mall to mark International Recycling Day on March 18. It covers 30 square meters and was made using 25,000 caps. 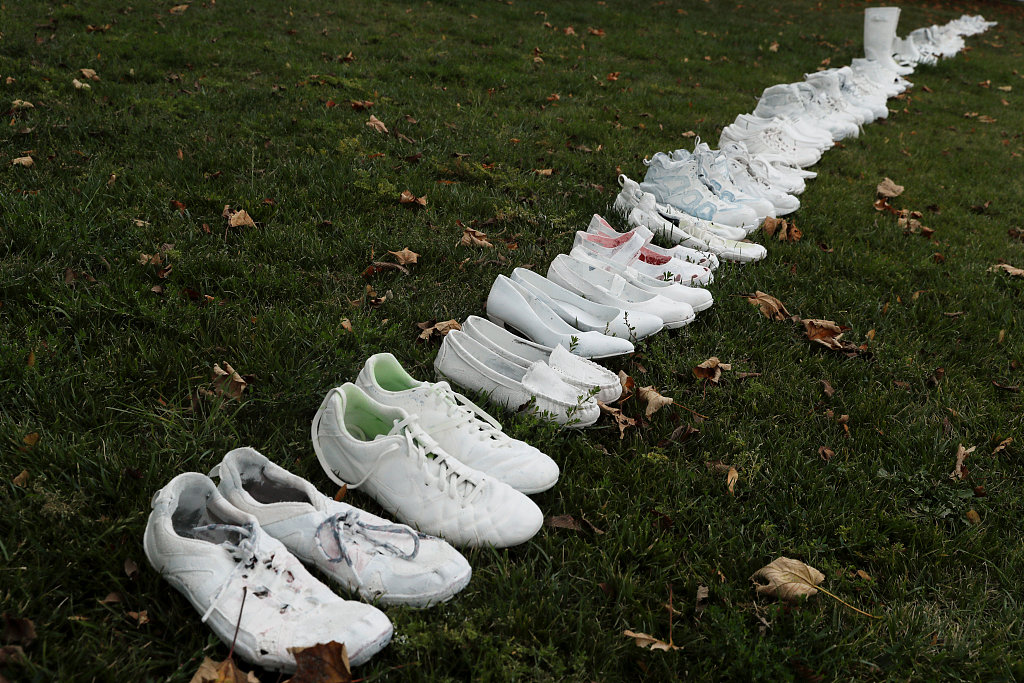 Fifty pairs of shoes painted white are laid out at All Souls Church in memory of the victims of the the Christchurch mosque shooting in New Zealand, on March 19, 2019. 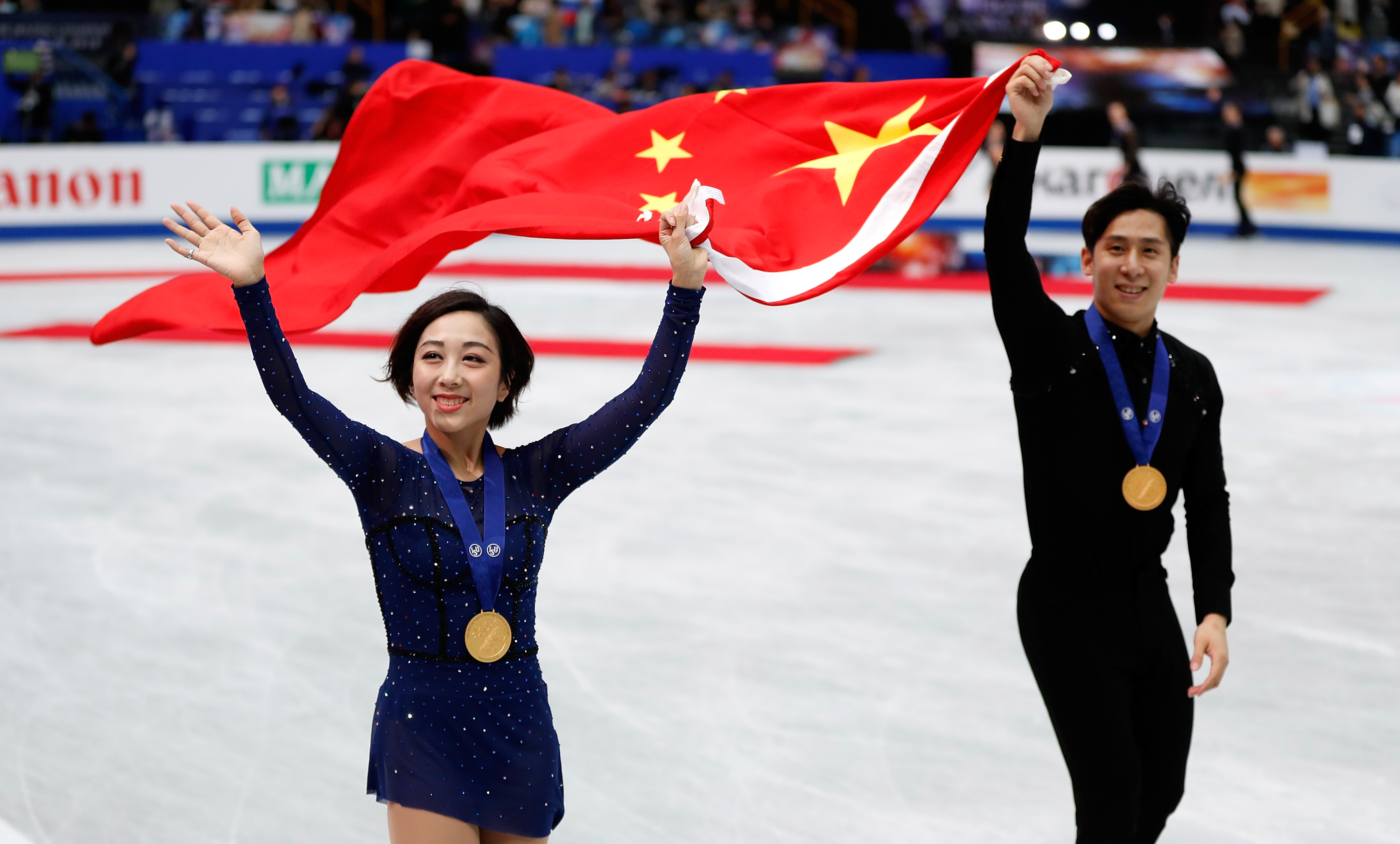 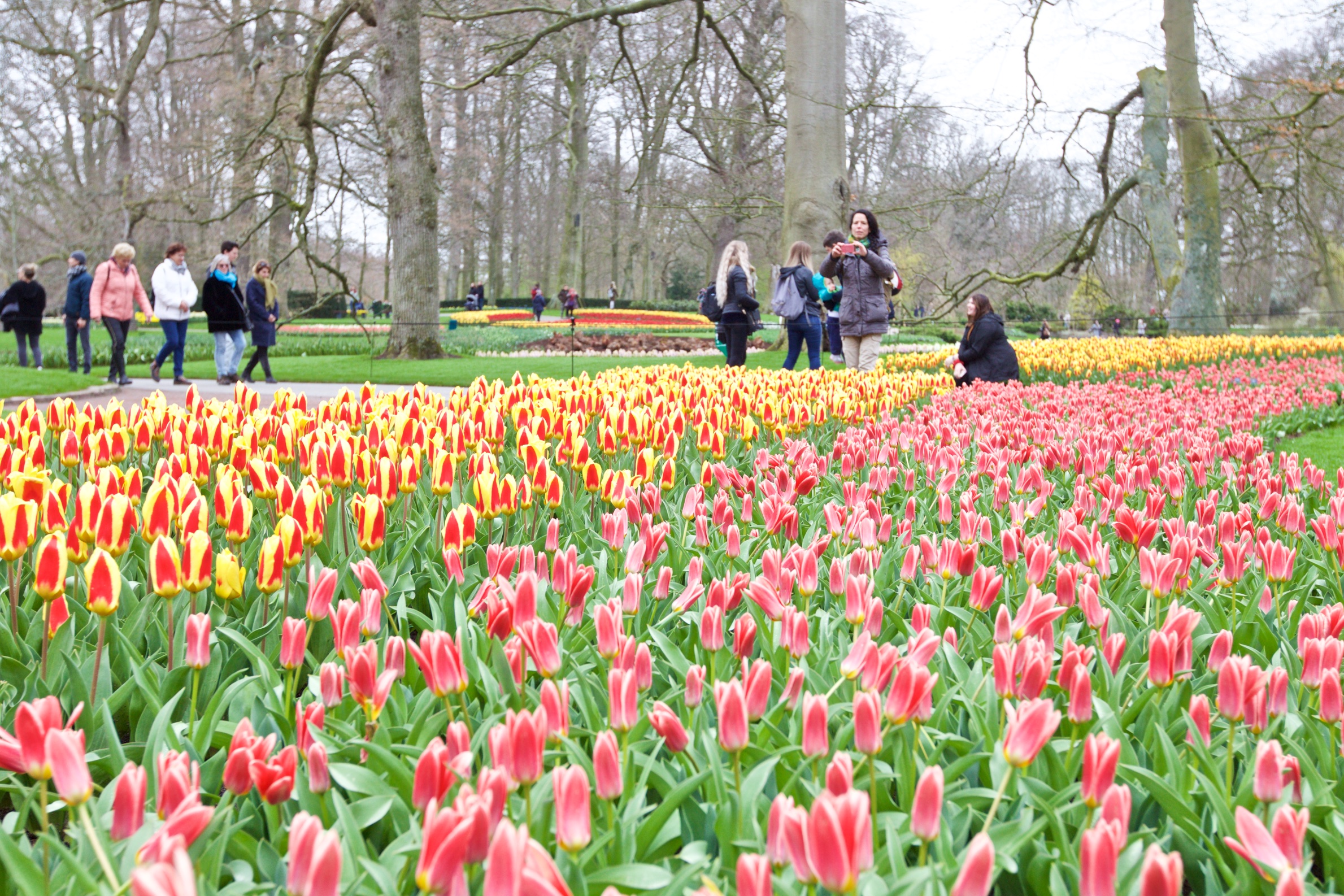 Blooming tulips in Keukenhof Park during the official opening in Lisse, the Netherlands. (Compiled by Yan Yiqiao)