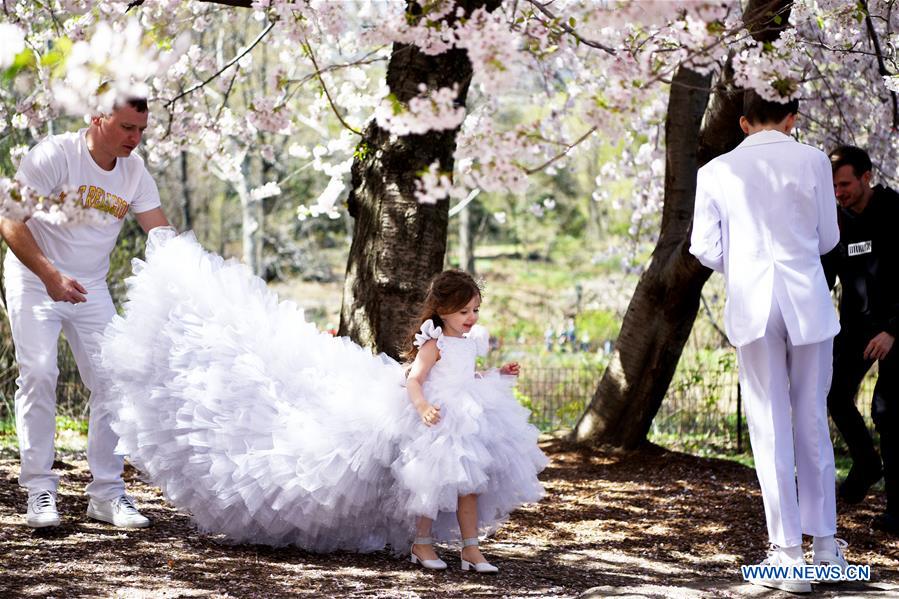 A little girl and her family members pose for photos under blossoming cherry trees in New York, the United States, on April 16, 2019. (Photo: Xinhua) 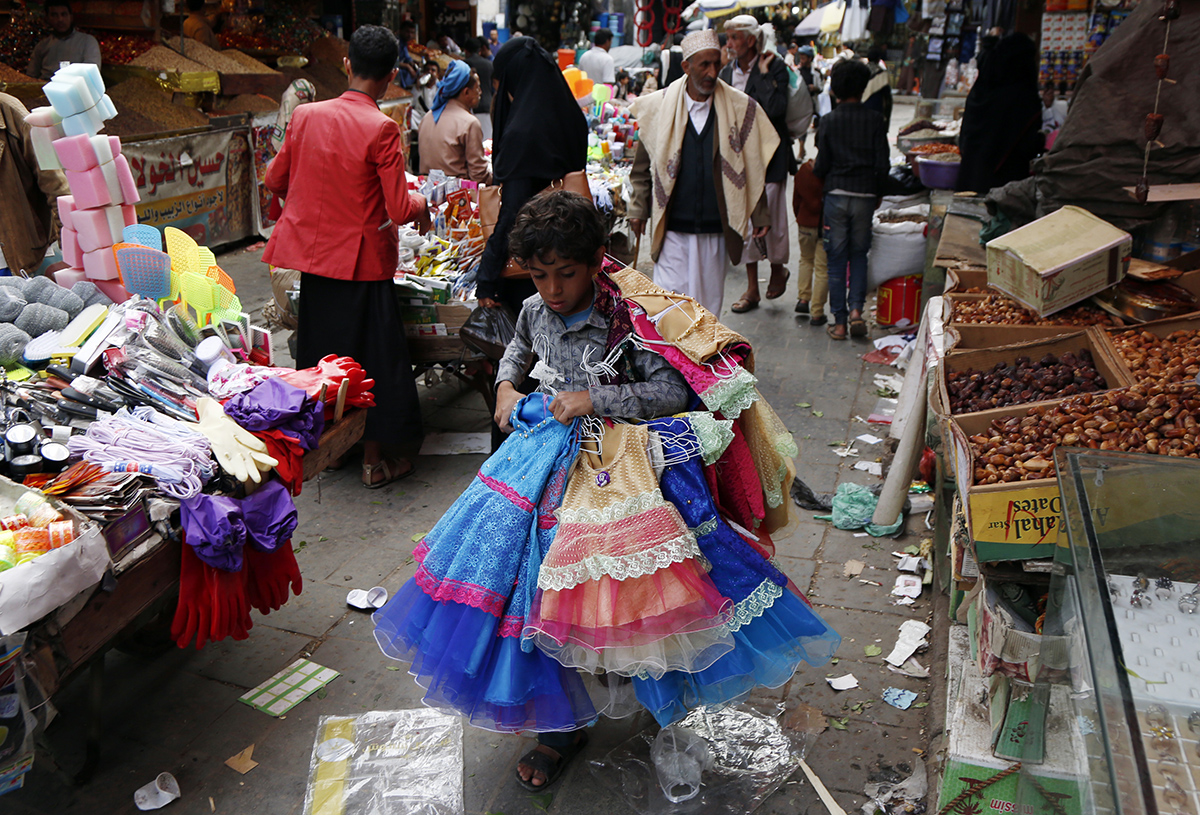 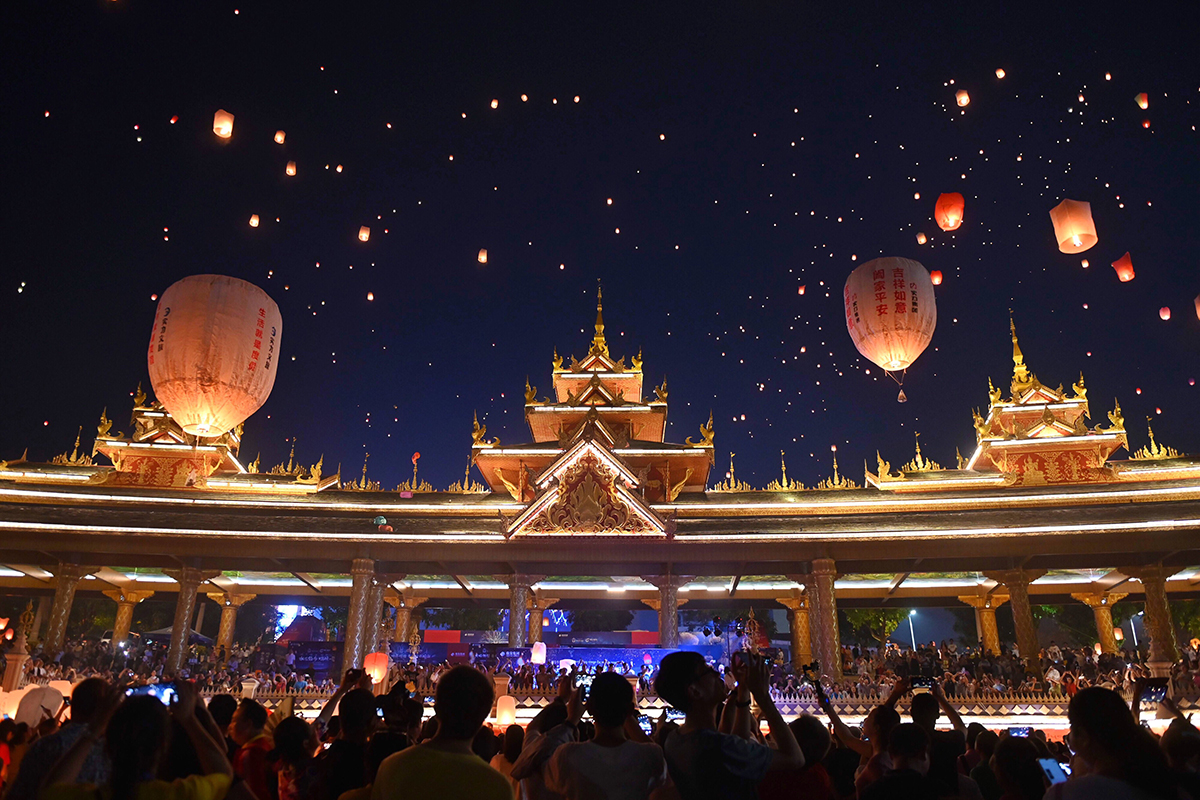 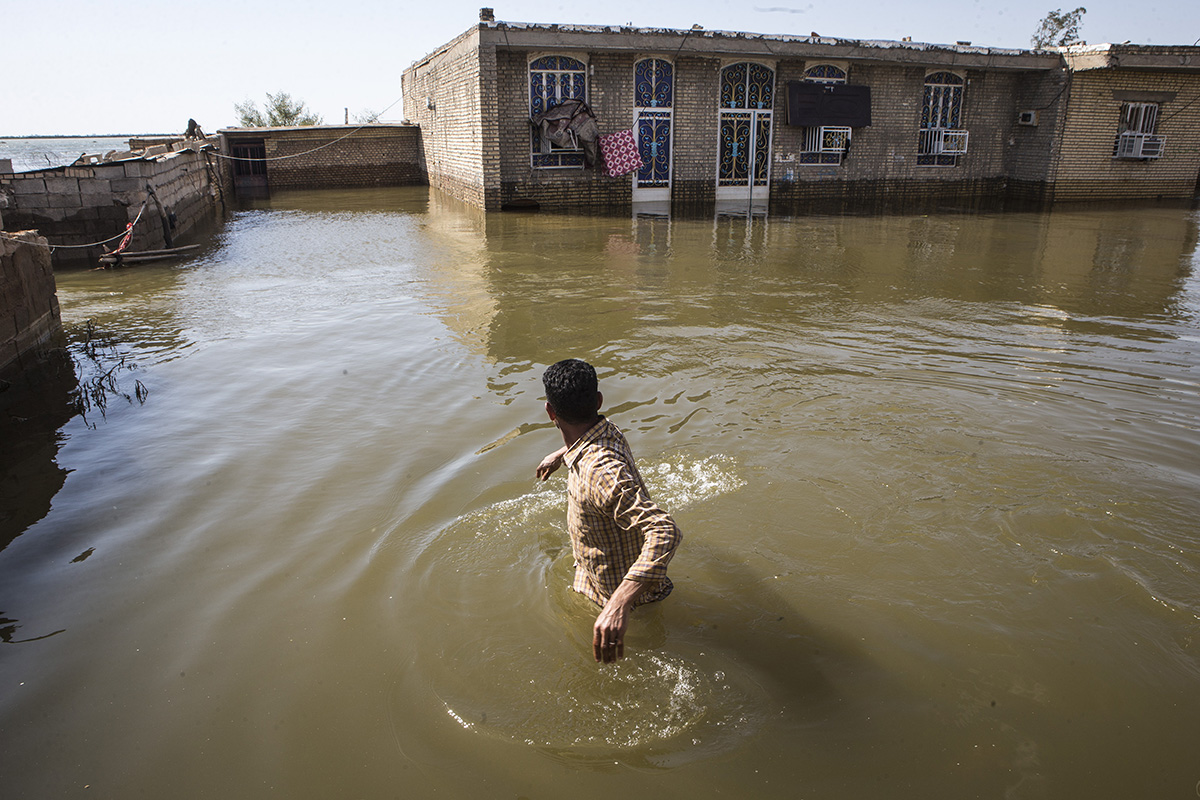 A man wades through flood water in the Khuzestan Provinceof Iran on April 15, 2019. (Photo: Xinhua) 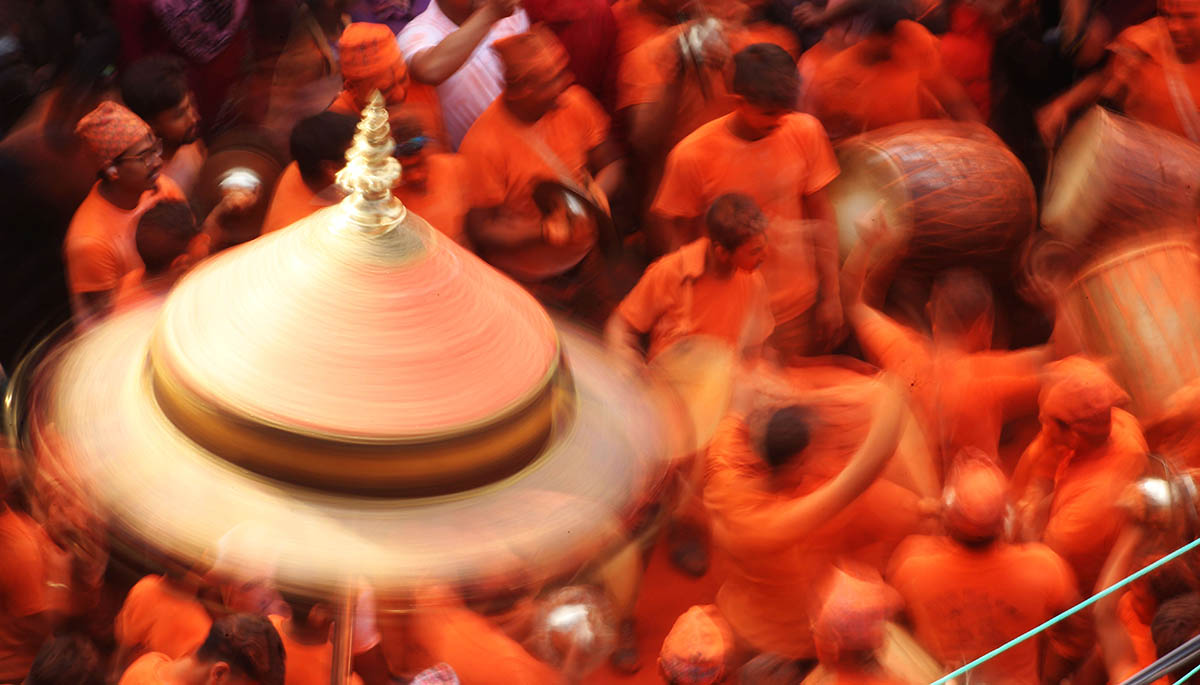 Nepalese people carry chariots with deities to celebrate Sindoor Jatra Festival at Thimi in Bhaktapur, Nepal, April 15, 2019. The festival is celebrated to welcome the Nepalese New Year and the beginning of the spring season in the Himalayan country. (Photo: AP) 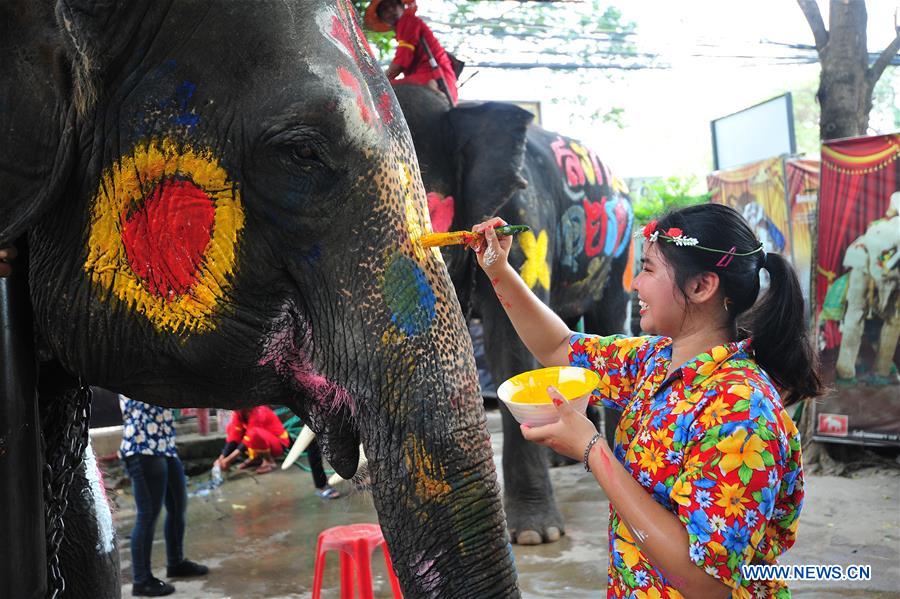 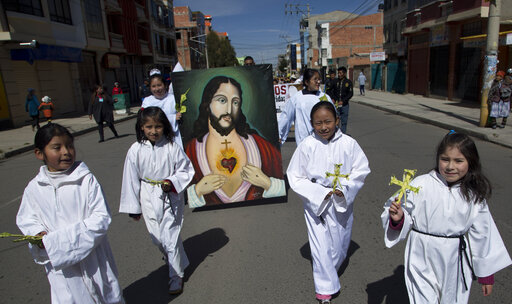 Altar girls carry a Sacred Heart painting of Jesus during a procession before Palm Sunday Mass in El Alto, Bolivia, Sunday, April 14 2019. For Christians, Palm Sunday marks Jesus Christ's entryinto Jerusalem, when his followers laid palm branches in his path, prior to his crucifixion. (Photo: AP) 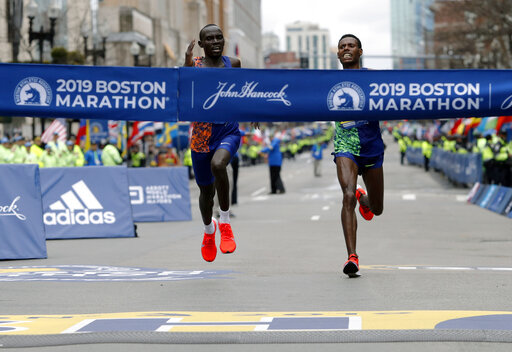 Lawrence Cherono, left, of Kenya, runs to the finish line to win the 123rd Boston Marathon in front of LelisaDesisa, of Ethiopia, right, on Monday, April 15, 2019, in Boston, the United States (Photo: AP) 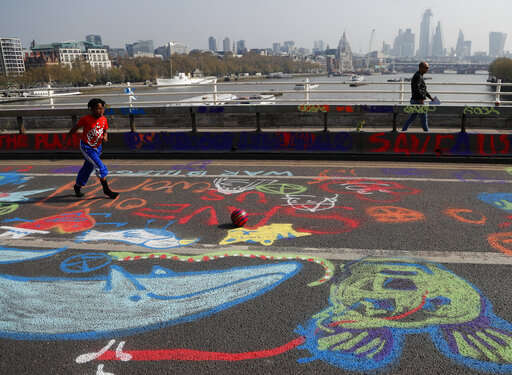 A boy plays football on graffiti drawn by protesters who blocked Waterloo Bridge in London, Wednesday, April 17, 2019, with the River Thames and London in the background. The group, Extinction Rebellion, is calling for a week of civil disobedience against what it says is the failure to tackle the causes of climate change. (Photo: AP) 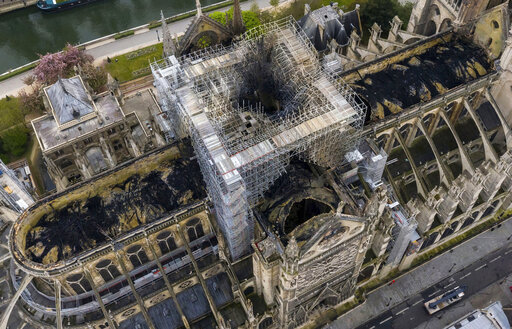 The Notre Dame Cathedral damaged by a fire in central Paris, capital of France, on April 15, 2019. The blaze at the tourist hotspot on Monday afternoon, destroyed the spire of the 850-year-old historical cathedral. (Photo: Xinhua)