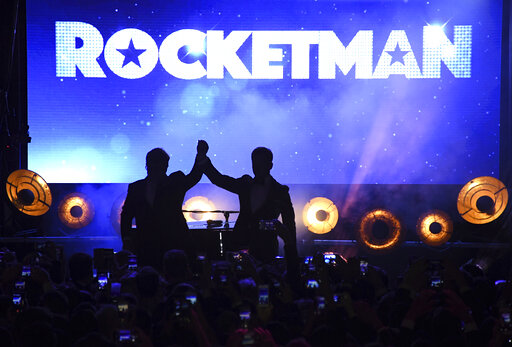 Singer Elton John (L), and actor Taron Egerton acknowledge applause after performing at the party for the film 'Rocketman' at the 72nd international film festival, Cannes, southern France, on May 16, 2019. (Photo: AP) 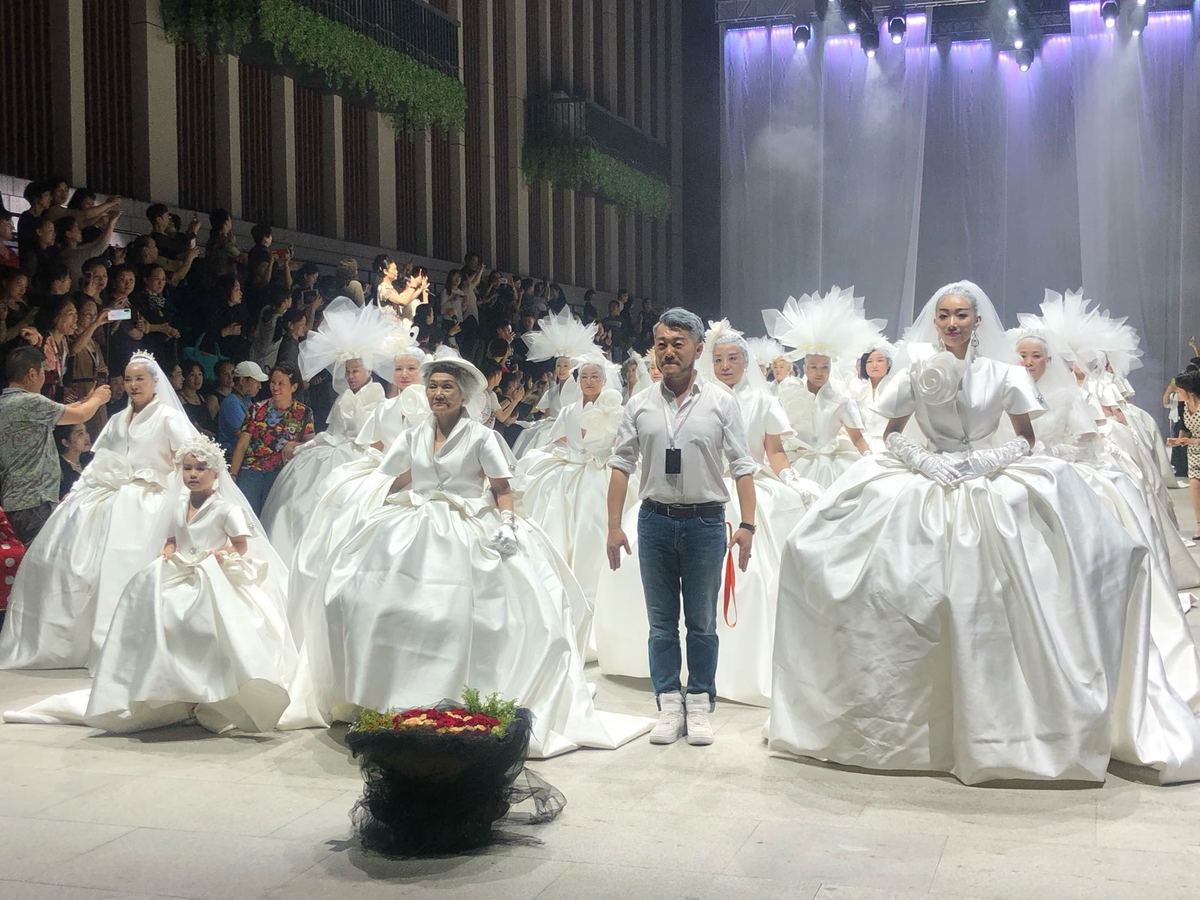 100 women with an average age of 55 walk in wedding dresses during a show on Mother's Day in Wuhan, capital of Central China's Hubei province, on May 12, 2019. The eldest was 80 years old. The models prepared for nearly a month, training five to six hours a day. (Photo: chinadaily.com.cn) 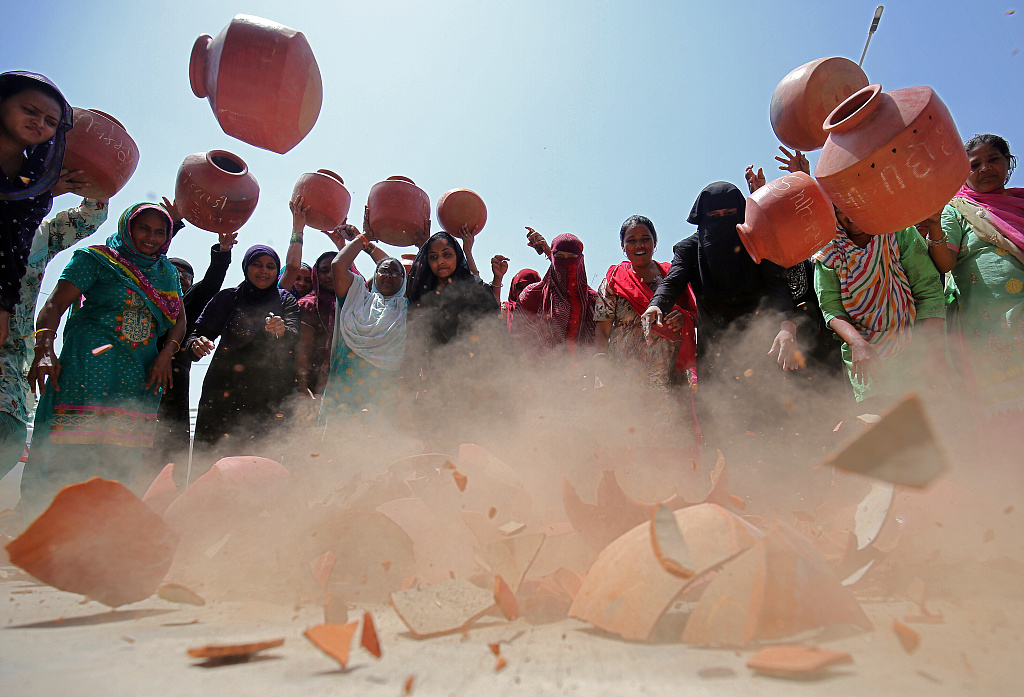 Women throw earthen pitchers onto the ground in protest against the shortage of drinking water outside the municipal corporation office in Ahmedabad, India, on May 16, 2019. (Photo: VCG) 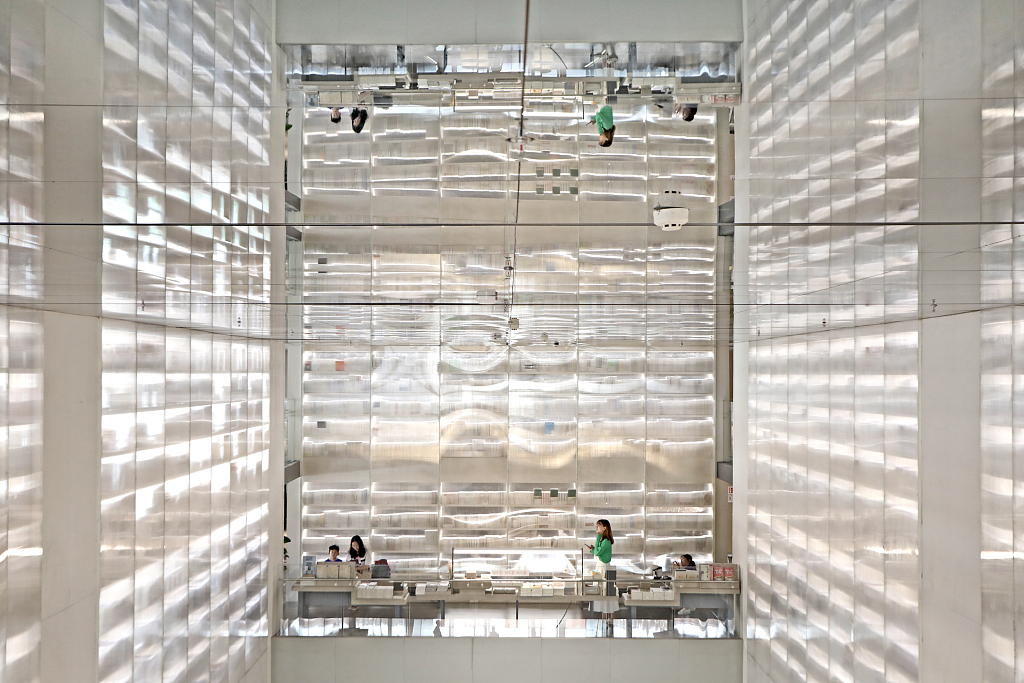 A photo taken on May 16, 2019 shows the inside of a book store in Xi’an, northwest China’s Shaanxi Province, famed for its splendid walls of glass. (Photo: VCG)

Photo portraits of holocaust survivors in World War II are shown during an exhibition named "Lest We Forget" on a street in Vienna, Austria, on May 16, 2019. The photo exhibition, showing portraits shot by photographer Luigi Toscano, kicked off on May 7 and will last until May 31. (Photo: Xinhua)

Dancers perform during the launch ceremony of the Asian Film and TV Week at the Beijing Working People's Cultural Palace on May 16, 2019. (Photo: Xinhua)

Palestinian children play in an alley in Balata refugee camp near the West Bank city of Nablus, ahead of Nakba Day, on May 14, 2019. (Photo: Xinhua)

Players compete during the match between China and Japan at the Montreux Volleyball Masters women's tournament in Montreux, Switzerland, on May 13, 2019. (Photo: Xinhua)

An Asian culture carnival is held during the Conference on Dialogue of Asian Civilizations (CDAC) at the National Stadium, or the Bird's Nest, in Beijing, on May 15, 2019. (Photo: Xinhua) 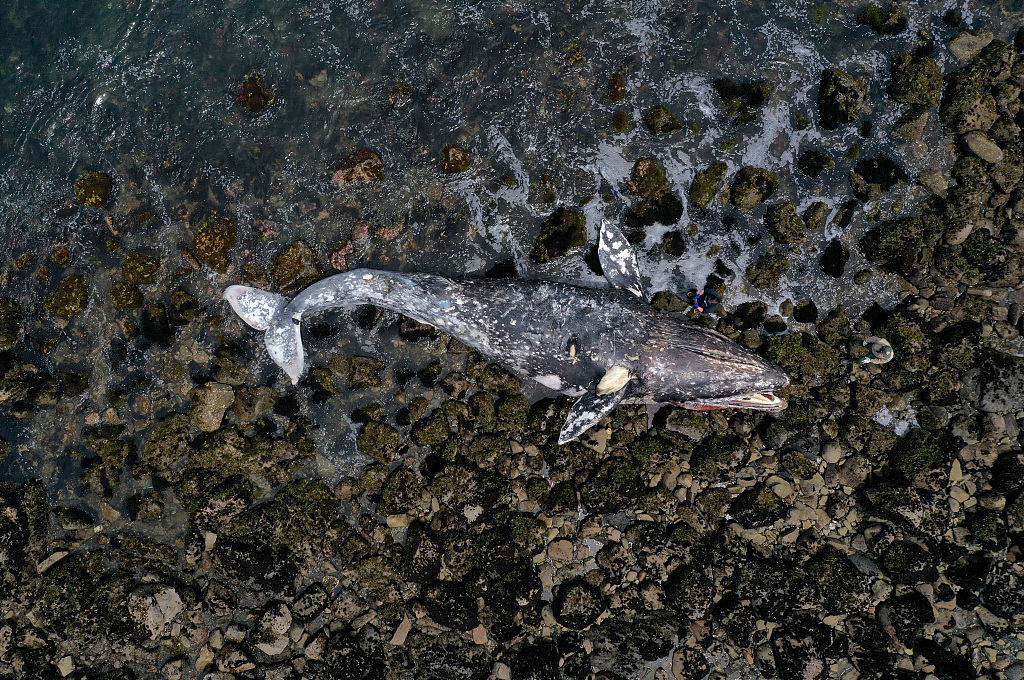 An aerial view shows a dead gray whale sitting on the beach near Pacifica State Beach on May 14, 2019 in Pacifica, California. A tenth gray whale since March has washed up dead on shore in the San Francisco Bay Area. (Photo: VCG)