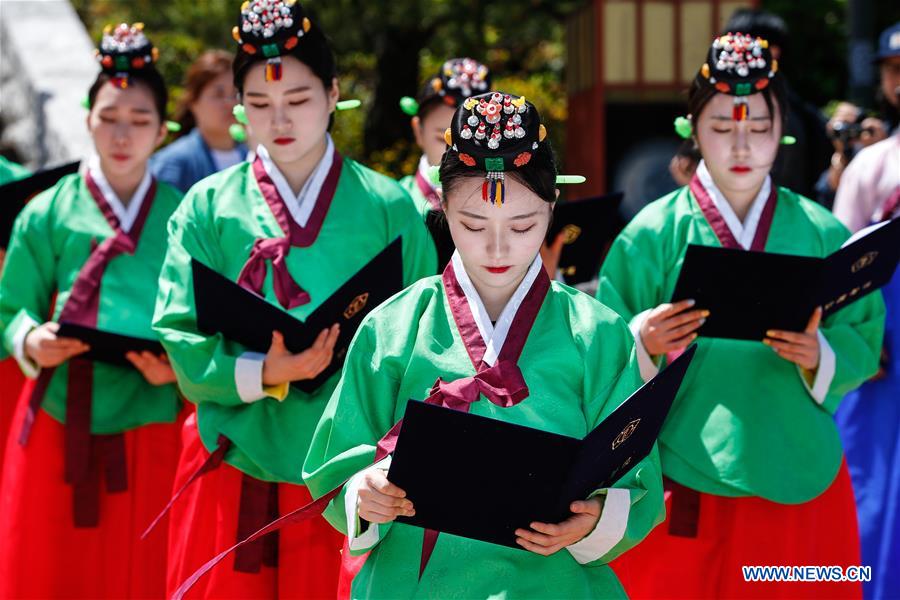 Women wearing South Korean traditional dresses bow during the 47th Coming of Age Day ceremony at Namsangol Hanok Village in Seoul, South Korea on May 20, 2019. The ceremony was held for young men and women who'll be 20 years old this year. (Photo: AP) 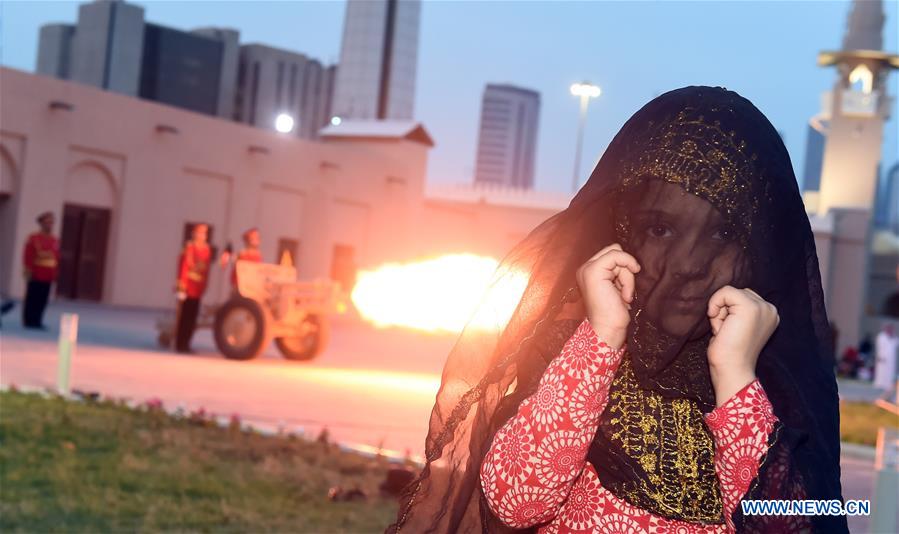 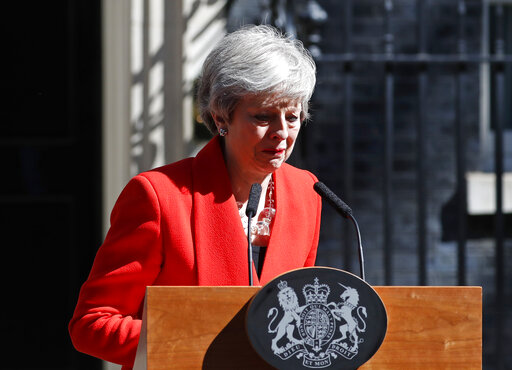 British Prime Minister Theresa May reacts as she turns away after making a speech on the street outside 10 Downing Street in London, England on May 24, 2019. Theresa May says she will quit as UK Conservative leader on June 7, sparking a contest for Britain's next prime minister. (Photo: AP) 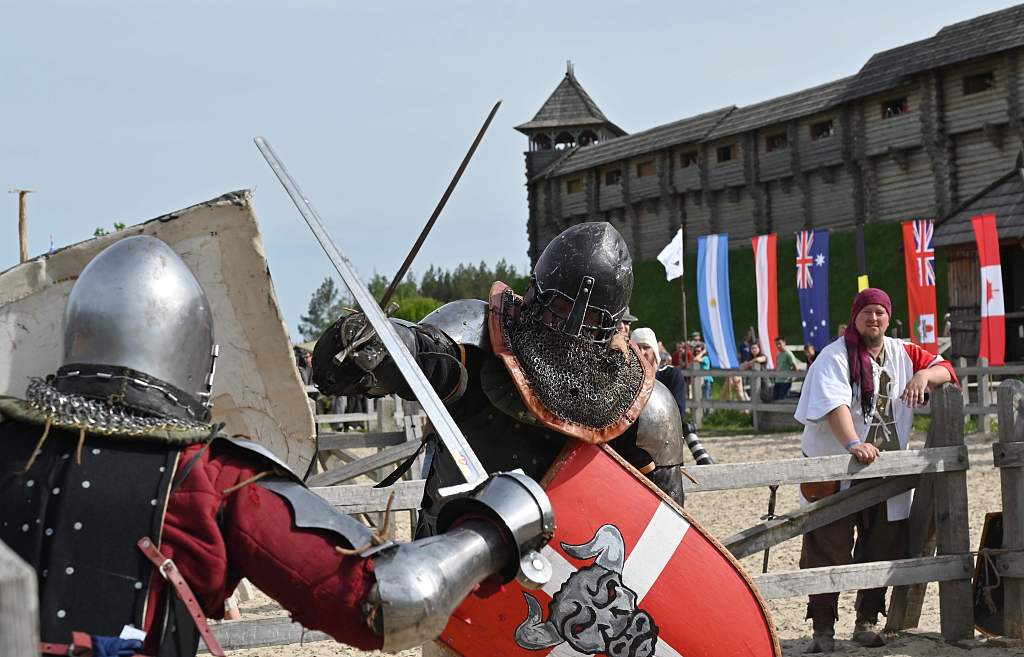 Fighters in heavy knight armor battle during the four-day world championship at the Medieval combat fest (IMCF) in a medieval fortress near Kiev on May 20, 2019. About thirty teams from all over the world came to Ukraine to demonstrate their skills in full-contact battles with real medieval weapons. (Photo: AP) 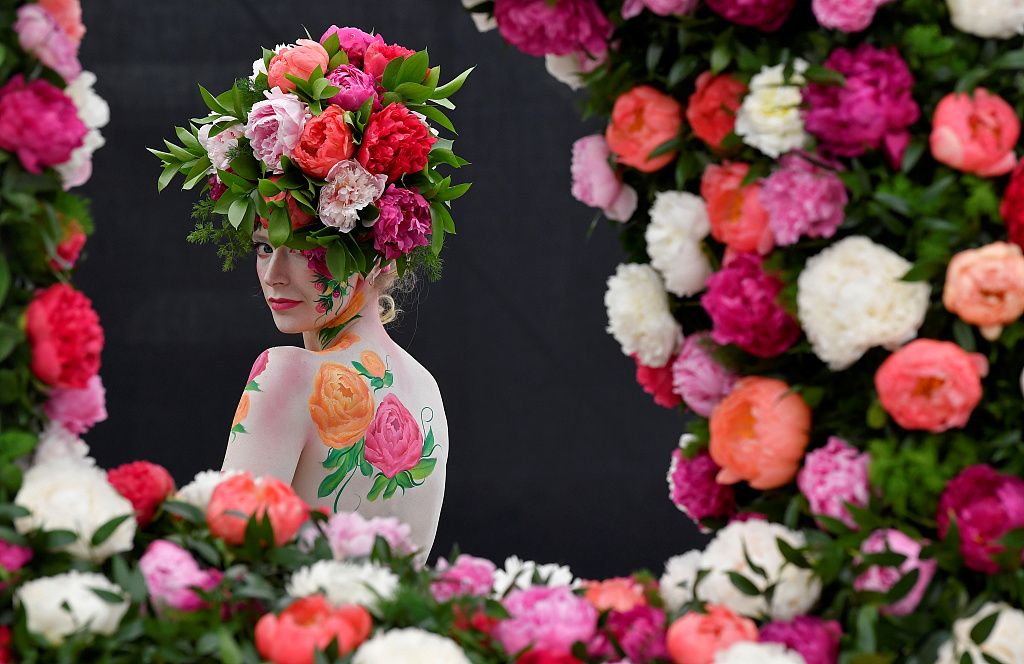 A model poses wearing body art and headwear made of Peonies at the RHS Chelsea Flower Show at the Royal Hospital Chelsea, London on May 21,2019. (Photo: VCG) 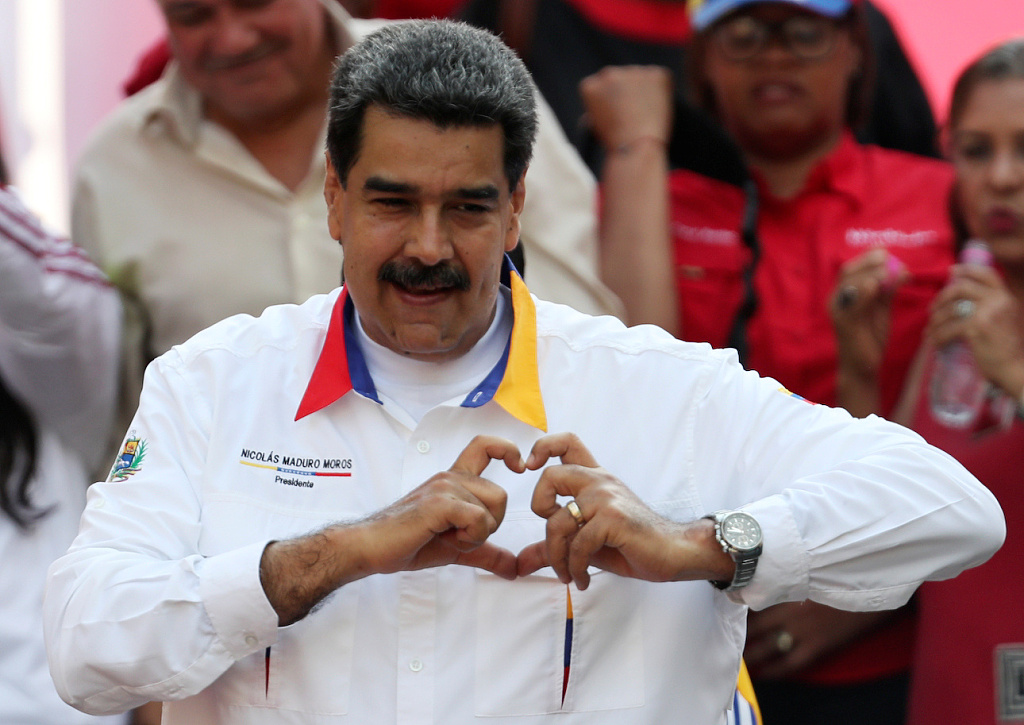 Venezuela's President Nicolas Maduro gestures during a rally in support of the government in Caracas, Venezuela on May 20,2019. (Photo: AP) 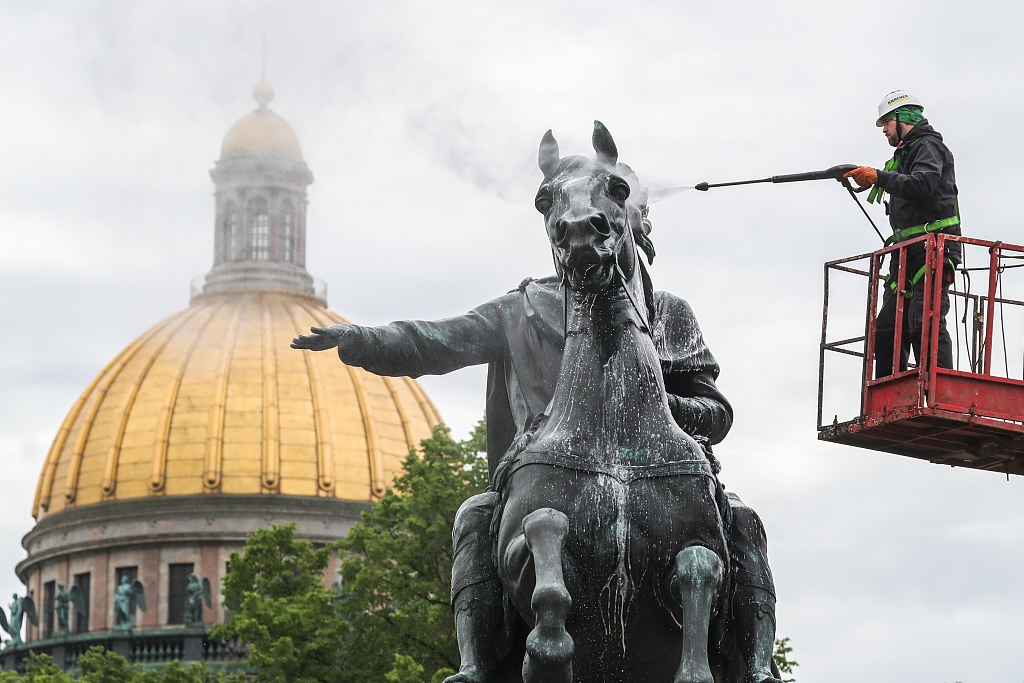 A utility worker washing Bronze Horseman, an equestrian statue of Peter the Great by French sculptor Etienne Maurice Falconet, in Senate Square in Petersburg, Russia on May 24. (Photo: AP) 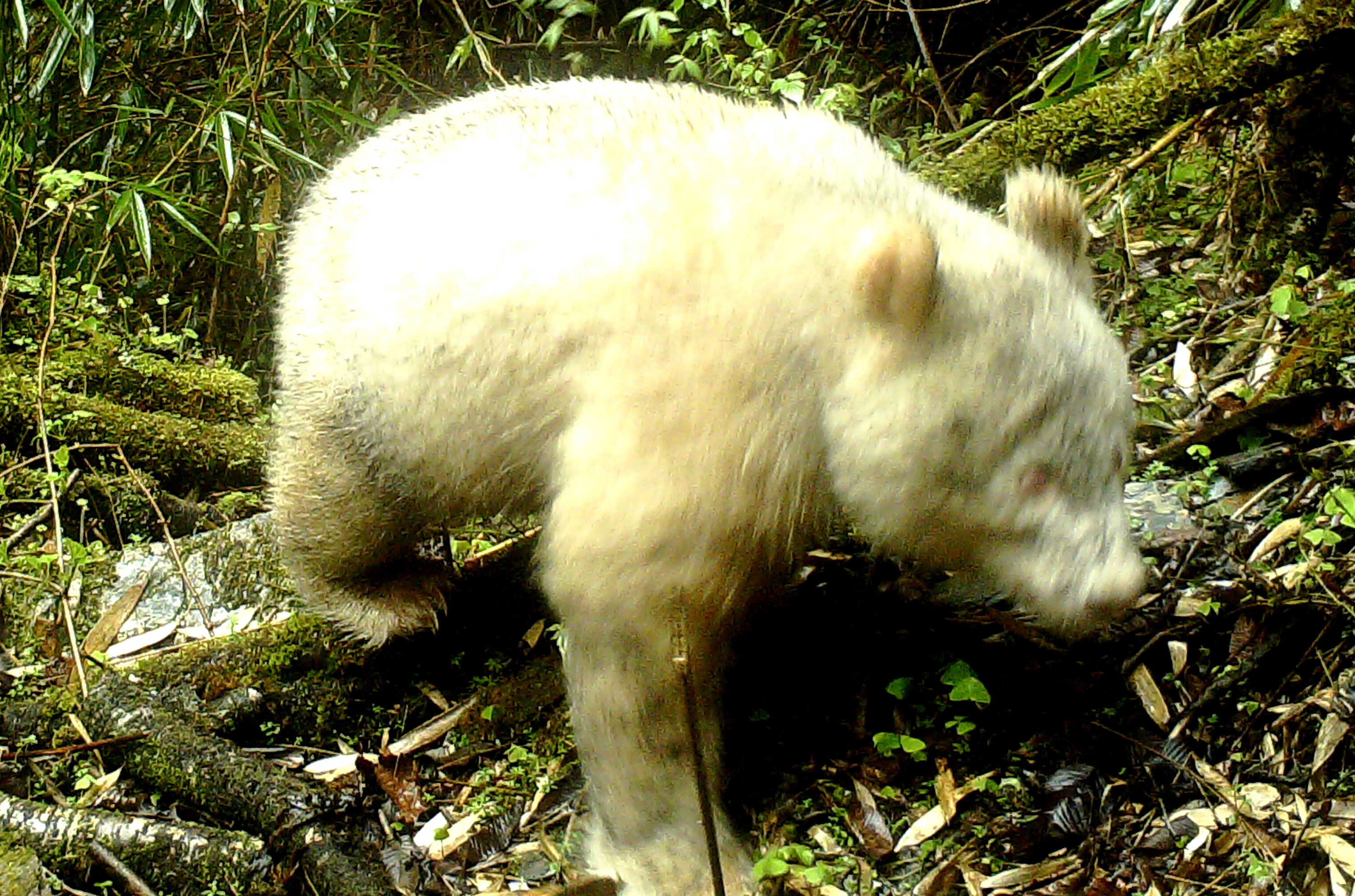 A rare all-white panda has been captured on cameras in the Wolong National Nature Reserve in southwest China's Sichuan Province, the reserve management authorities said on May 25, 2019. (Photo: Xinhua) 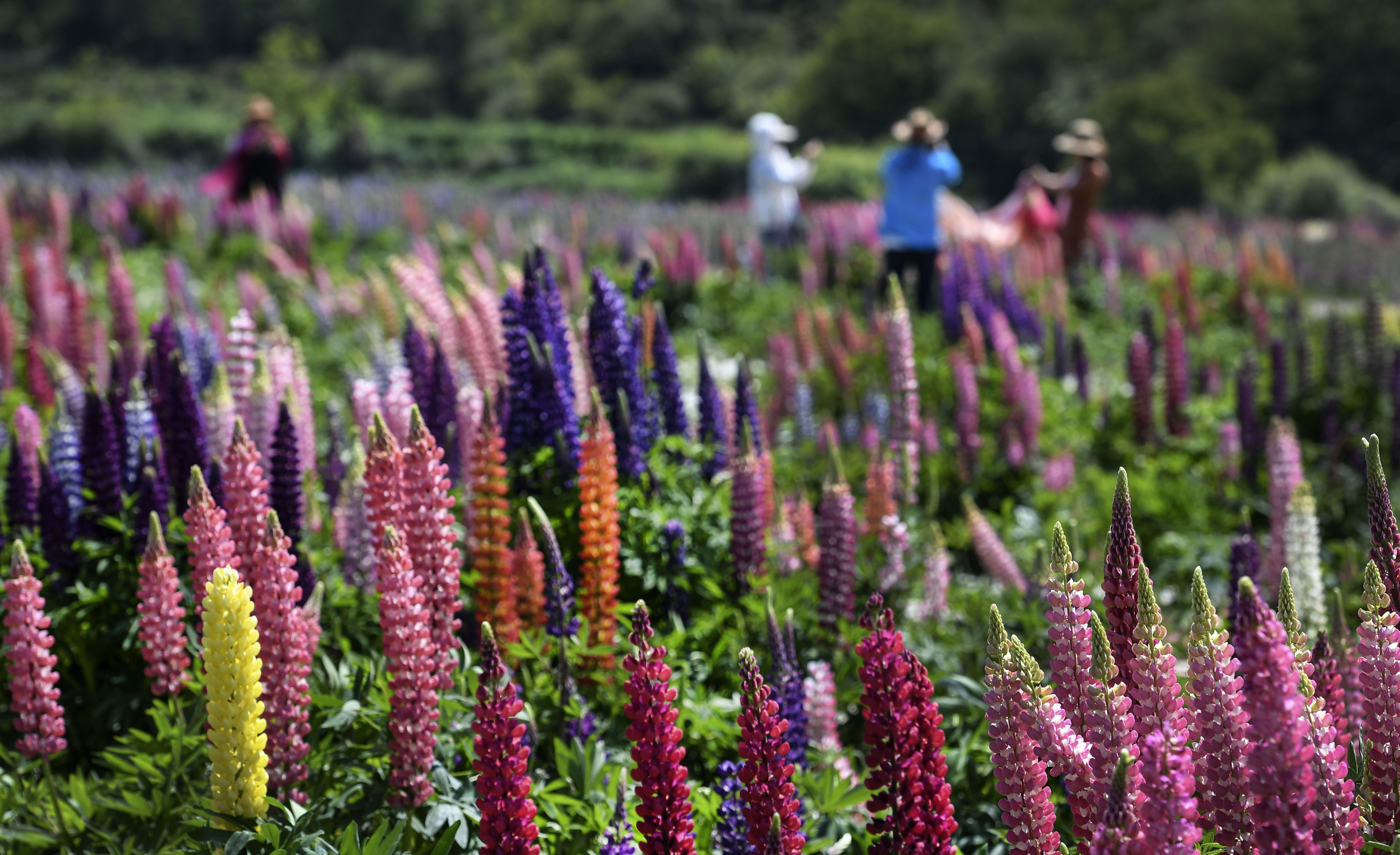 Tourists stroll among blossoming flowers at a garden in Qilichuan Village in Taibai County, northwest China's Shaanxi Province, on May 24, 2019. (Photo: Xinhua) 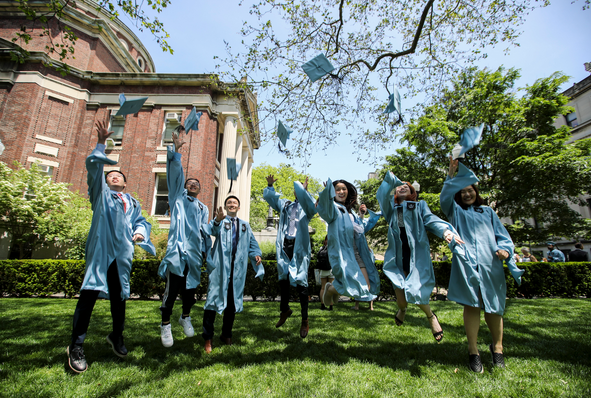 Graduate students from China pose for photos on campus after the Columbia University Commencement ceremony in New York, the United States, on May 22, 2019. (Photo: Xinhua)